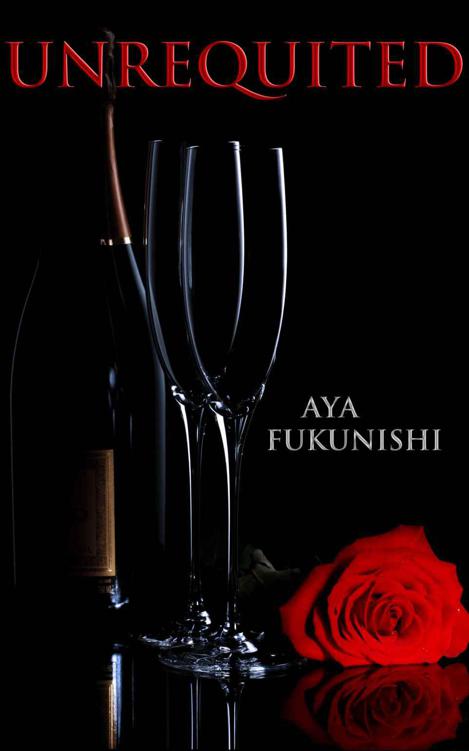 Begging For It: The Breeding Trilogy

Breeding For the Future

Submitting to the Wolves

Copyright © 2012 by Aya Fukunishi
All rights reserved. This book or any portion thereof
may not be reproduced or used in any manner whatsoever
without the express written permission of the publisher
except for the use of brief quotations in a book review.

Arnold twirled a Mont Blanc in his chubby fingers, dropping it occasionally to the leather surface of his desk. John flinched each time it landed heavily on its nib. It's not like he couldn't afford to replace it a million times over, but John believed people should treat a nice pen with respect. The pen struck the leather once more, and he reached out to grab it before Arnold could react. The lawyer frowned, his heavy jowls wobbling.

'John, we really need to talk about your estate one of these days.' He said, abruptly. 'You should never forget that you could get hit by a bus on the way out of my office.'

John grimaced. 'Thanks, Arn. It's good to know I can always visit my old friend when I need a boost. You wanna tell me again how Santa Claus was just a fat guy hired by Macy's? That was a classic.'

'John, I'm serious. Look, I know you're only thirty and you'll probably outlast my fat, diabetic ass by about fifty years, but you know what kind of lifestyle you lead. The BASE jumping, for starters. And that wing suit you bought last month. You want me to show you a YouTube video of a guy face planting into the side of a mountain in one of those things? I had my assistant put together a collection. Forget a bus. You're gonna get killed by Mount Everest in the face.'

John laughed. 'I wish you wouldn't worry about me so much, Arn. You know I'm always careful. By the way, have I ever mentioned how much you look like Oliver Platt when you're angry?'

'Stop busting my balls, John. It's not about being careful. You think these guys who jump out of planes aren't careful? Jesus, they check their equipment in their sleep, they're so careful, but one unexpected gust of wind or a bug in the eye will send them hurling into a wall. It's not a lack of care that's the problem, it's statistics. Eventually you'll make a mistake, and there are no do overs up there.'

John pouted and stared at the pen in his hand. He didn't like it when Arn was no fun.

'I know you don't like to hear this, and I know I sound like your mother, rest her soul, but to be honest I don't care. This isn't just me wanting to keep my oldest friend alive. I'm also trying to protect my job. You know you're my biggest client. Hell, you paid for this whole office. Thanks again, by the way. But if you die tomorrow you'll leave no heir, no anything. Hell, you don't even have a damned will! Your brother would stand to inherit four billion dollars and change, and you know he'd just buy himself a mountain of blow before the ink on the check was dry. He'd be dead within a week.'

John sighed, suddenly serious. While he didn't really care about what happened to his fortune after he was gone, he knew that his brother would die under its weight. It was all John could do to keep him on the straight and narrow with the modest stipend he allowed him each month.

'OK, I see your point. Well, you're the sharp legal mind, Arn. What do you want me to do about it?'

His friend smiled, happy for the rare win over his famously stubborn friend. 'Well, the first thing you need to do is place some money in trust for Ryan. He needs to be taken care of should anything happen to you, but we both know he'd go off the deep end if he ever got his hands on serious cash. That's our most pressing issue, but I can take care of that in an hour. Just need your signature.

'Now, what I'd usually suggest to someone with your kind of wealth is that you set up a second charitable trust to distribute your estate to any organization you care to help. With you, though, I'm not sure that's such a great idea. You just know Ryan will contest it, and I'm sure those assholes who've popped up over the years will be back begging for their share. Especially that one guy from, uh...?'

'Wichita,' John replied. Wichita. That case had dragged on for three months, and it was only when John brought out the check book that the guy had finally crawled away. It seemed silly that now, as a grown man, John regularly found himself called to court on the wrong end of ridiculous paternity suits. Ever since he'd made his first millions, deadbeats had been showing up from around the country to claim that they'd been the ones to dump their load into his mother before catching the next bus out of town. Real classy types.

They all wanted the same thing: a spot in his will. It was only because John refused to submit to DNA testing that they kept coming out of the woodwork, but he was too stubborn to take a swab or a needle and make it easy on himself.

'John, I'm gonna lay it out for you. The moment your heart stops beating there's gonna be a feeding frenzy. It'll get messy. Every woman you've ever slept with will climb out of her cave to claim you put a baby in her belly. Every drunk old guy in the lower 48 will claim to have put you in your mom, and your brother... God love him, he'll say anything to get his next hit. It'll get very messy, and your good name will be dragged through the mud. Everything you've ever achieved will be forgotten, and all you'll be remembered for is the brawl over your estate.'

John slumped, losing the boyish grin that had beamed out from countless magazine covers; the grin that had made him a hit with every college girl and housewife the world over. He ran his fingers through his thick dark hair, and scratched the light stubble on his cheek. 'So what do you suggest I do?'

Arnold looked uncomfortable, and his eyes flitted to the cabinet that held his best scotch. 'I'm not gonna get involved in your love life, John, I know you too well for that, but you need an heir. You need a solid, unimpeachable line of succession that will discourage anyone from so much as filing suit, even your brother.'

John sighed. 'You know better than anyone that I don't do relationships, Arn. Hell, when was I last in a relationship that didn't blow up in my face?'

Arnold smiled. 'Well, there was that one time in your freshman year with... Oh no, I remember. You slept with her sister.' He chuckled in an effort to lighten the mood. 'Look, old pal, this is just my legal opinion. As your counsel I'm telling you to get your house in order. As your friend? Hell, I don't know. Work something out.'

As he walked onto the busy street from Arn's uptown Manhattan office John laughed at the thought. Arn was a good friend, but like most people he seemed to believe that money could solve every problem, if you throw enough of it. It was true of most things, of course. John could snap his fingers before bed and have a brand new private jet delivered in the morning. He could afford a dozen luxury homes dotted around the world, each with a full time staff prepared for him to arrive at any moment. Most pleasingly he could have
almost
any woman he wanted. If they weren't swayed by his unimaginable wealth they usually gave in to his looks and easy, confident charm.

Unfortunately, when it came to relationships his money seemed to count for nothing. In fact it was often the problem, the wedge that drove between him and any woman he cared about. No matter how hard he tried he always seemed to end up with women who couldn't see beyond his bank balance.

Since his first tech start-up broke big in the final year of high school he'd struggled with it. Overnight he'd gone from the cute, funny guy who always heard the line
let's just be friends
to the desirable, debonaire millionaire who caused panties to drop the moment he walked into a room. The first few years had been a lot of fun, but as his genius and insight quickly turned the millions into billions he found himself a target for every soulless, money grabbing gold digger on the planet. What's worse, he seemed to be tragically bad at recognizing them on sight.

It had been his last girlfriend who'd put the icing on the cake. She was a sportswriter he'd met at the Superbowl, and they dated for three months. One morning he'd returned to his Malibu beach house after a meeting to find her stealing a hundred dollar bill from his bedside table. A hundred dollars, in a house worth twenty million. She could have just asked for it, and he'd have given her ten times that amount. He'd thrown her out along with the bill, which he'd told her to keep as a souvenir.

Since then he'd sworn off women. Six months without so much as a date, and he'd never been happier in his life. He missed the sex, of course, the closeness of another person, but the lies, uncertainty and mistrust had stolen any joy from it long ago. The constant doubt whether the woman laying beside him would still be there if it weren't for his fortune, his private jet and his homes had plagued his every waking thought. It had all become too much to bear.

Now, though, he was faced with a new problem. He knew Arn was right, of course. John lived a high risk lifestyle. Every weekend he found himself BASE jumping, mountain climbing and performing insane aerial stunts in the old Cessna he'd bought with the proceeds from the sale of his first business.

More than once he'd come dangerously close to death. He'd lost his oxygen in a sudden blizzard on Annapurna, only making it back down to camp by blind luck. Just the previous month his primary chute had failed to open while jumping into a thousand foot deep cave in Costa Rica, and it was only quick thinking that had spurred him to pull his backup moments before hitting the icy water deep within the earth. He'd staggered out with nothing more serious than a broken wrist, but Arn had yet to shut up about it.

In any case, he knew there was a strong chance he wouldn't die peacefully in his sleep at a ripe old age, and he knew he'd have to take Arn's advice if he wanted to prevent the nightmare scenario he'd laid out back in his office. If only to save his brother, John would need a child.