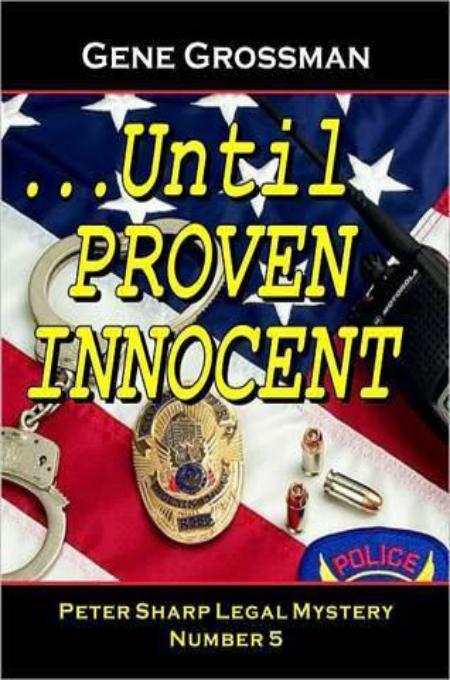 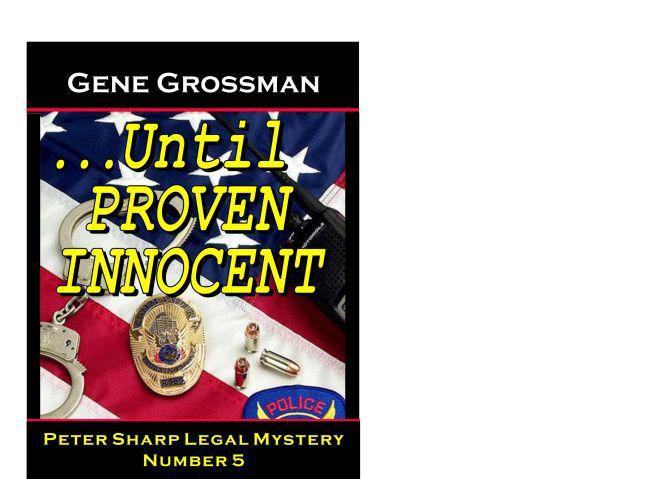 This is a work of fiction. Names, characters, places, and incidents are either the product of the author’s imagination or are used fictitiously or with permission. Any resemblance to actual persons, living or dead, or any events is coincidental.

…
by Reason of Sanity

An Element of Peril

How to Rob a Bank

How to Write a Mystery Novel

Behind the Scenes: Creation of a Crime Series

To show our appreciation for your having ordered one of our Magic Lamp Press eBooks, we would like to offer you a 50% discount on 24 other titles we publish - from authors Gene Grossman, Nick Shoveen Edwin H. Sinclair, Jr., and Barry Neal.

The Coupon Code will look like a link,
but it’s not
: it’s the discount code for you to use when ordering another book, by clicking on the
Non-Kindle
(Smashwords) link
[that one’s real, so it works].

Order from Smashwords (even if you’ve got a Kindle): they’re the only ones honoring our
Discount Coupon Codes
… and if you’re a Kindle user, don’t worry: Smashwords has a version that is compatible with your device.

If you’ve found a typo in any of our books, or can’t locate a
Discount Coupon Code
, please contact us through
[email protected]

If this is the first Peter Sharp Legal Mystery that you’re reading, it might help you to know a little background information about the characters.

Peter Sharp’s wife threw him out of their home (which she actually owned), due to a conflict of their philosophies about legal representation: Peter being a defender of those poor, unfortunate people ‘wrongfully’ accused of crimes, and his wife Myra a prosecutor with the District Attorney’s office, who railroaded them to conviction.

Peter ultimately wound up living on a dilapidated old boat in Marina del Rey, and when his former classmate/employer Melvin Braunstein died in a plane crash, Peter inherited a failing law practice, an office manager (Melvin’s twelve-year old step-daughter Suzi, a Chinese computer genius) and her huge St. Bernard. Peter was appointed legal guardian, and through a series of misfortunes that miraculously worked out, wound up living with Suzi and her dog on a beautiful 50-foot Grand Banks trawler-yacht. 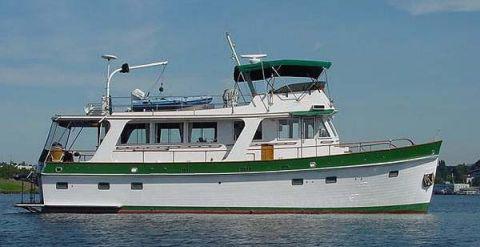 When Peter isn’t swilling Patrón Margaritas at one of the marina’s local watering holes, he’s usually involved in some losing legal case that little Suzi will inevitably solve, leaving Peter with the impression that he’s really as good as he thinks he is.

Along the way in each legal adventure, Peter usually winds up butting heads with his ex-wife, who Suzi adores and is constantly scheming to get back into the Sharp household. There’s also Stuart Schwartzman, Peter’s old friend and frequent client, who is the most entrepreneurial person in Southern California – and Jack Bibberman, the best private investigator Peter ever met.

All of the Peter Sharp Legal Mysteries are summarized at the end of this book, and if you’re curious about them, more details (plus photos) are at

"If aliens are watching us through telescopes, they must think that dogs are the leaders of this planet. If you see two life forms, with one of them making a poop, and the other one carrying it for him, who would you assume is in charge?"

Given the choice, I prefer to ride in the rear seat of any nice full-sized four-door sedan. Most people don’t think there’s much of a difference between the front and rear seats, but in a police car, people riding in back usually don’t have the option of getting out whenever they feel like it. Take it from me… I’ve been there.

This evening I’m riding in the front seat of an unmarked police cruiser that’s being driven by ‘Tony the cop,’ a boat neighbor of ours who lives aboard his old wood 40-foot Newporter Pilothouse ketch. I don’t know his last name or much about him, but from what I’ve heard, he’s a not too bad of a guy, except for maybe one shortcoming: he likes to kill people.

Tony’s a twenty year veteran of the police department and is now a detective sergeant. The local newspapers liken him to Clint Eastwood’s
Dirty Harry
of motion picture infamy, which is probably why the police brass is urging him to ‘put in his papers’ and retire. Their decision is also driven by the fact that the City Council is tired of the wrongful death lawsuits he causes. His problems also extend into the local African-American community because according to some of its most vocal members, they would like to see him publicly lynched.

Aside from being a racist, fascist, bigoted killer, he seems like a pretty nice guy. A little on the silent side, but that works for me. I estimate his height to be at least six-four, because he’s a couple of inches taller than me. In addition to the height, he’s obviously been a bodybuilder for many years, because his bulging muscles look like they’re ready to pop right through that cheap sport coat he always wears to cover up his shoulder holster. The combination of his height, muscles, sunglasses, moustache and serious grimace work very well for him on the street, and all add up to a menacing presence.

Ordinarily I wouldn’t be associating with a person of his reputation, but today I don’t have a choice because the senior managing partner in our law firm promised that I’d be his guest for a Mexican dinner while he explains some problem he’s having with ex-wife about the child support he’s paying her.

I always seem to be getting involved in strange cases at the request of my boss, but she helps out quite a bit. Being a computer whiz, she occasionally acts in an unofficial capacity to help the local police out with some hi-tech snooping. In return, they provide her with helpful information on some our criminal cases. From what I understand, we owe Tony a favor or two for some things he did for us on a past case, so that’s why I’m now on the way to his favorite Mexican dive in Culver City, where he’ll probably pour his heart out to me about the mean ex-wife. So far he hasn’t said anything, but that’ll probably change once we get to the restaurant.

It’s seven on a Wednesday evening and the place is almost empty. There’s a long bar on the left side of the room, some tables in the middle, and six booths along the right side. Tony heads for the last booth and sits down with his back to the wall, so he can see the whole place. That’s a paranoid habit most cops develop. I sit down opposite him, but can still see most of the place in the mirrored wall behind Tony.

The Zombie Wars: The Enemy Within (White Flag Of The Dead Book 8) by Joseph Talluto
THE KISS OF A SEAL by Elizabeth, Anne
Melt Into You by Lisa Plumley
The Crooked Maid by Dan Vyleta
Folk Legends of Japan by Richard Dorson (Editor)
Liam by Toni Griffin
Death at Gills Rock by Patricia Skalka
Slide Trombone by David Nickle
Twisted Lies (Dirty Secrets) by Venez, Sedona
Seeing the Voice of God: What God Is Telling You through Dreams and Visions by Smith, Laura Harris
Our partner