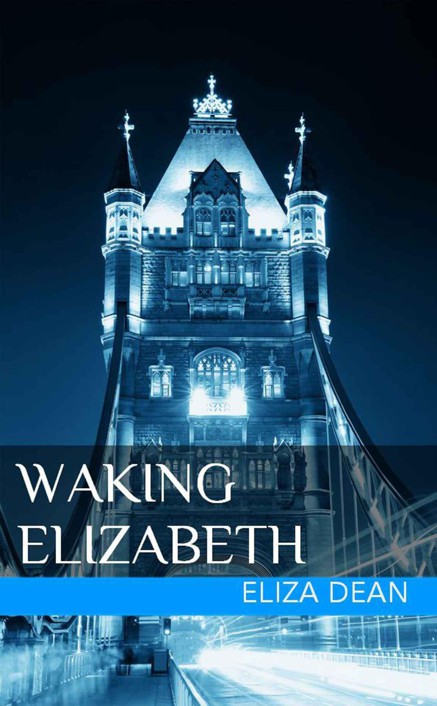 “
I
t’ll be fun!” Phoebe said with a
lighthearted but pleading smile, “An adventure.” I couldn’t help but notice how
her green eyes twinkled with excitement.

After a few moments of hesitation from everyone at the table and a
general lack of response she continued on, “It’s my birthday and that’s what I
want to do!”

“Fine,”
I conceded, knowing it was a battle already lost.

And it was her birthday, after all.

Whether it was a simple meal or a day trip,
for over ten years the four of us had celebrated our birthdays together.

We all led fairly busy lives but we did
manage to see each other for birthdays.

It was a tradition.

“So
is that a yes?” Phoebe looked at all of us and blinked impatiently as she
waited for a response.

I
grinned when I noticed the pink glitter of her eye shadow sparkling in the dim
lights of the restaurant.

She looked
like an excited seven year old in her mother’s makeup waiting for an
answer.

“Yay!”
Phoebe’s gold bangle bracelets clanged together as she clapped in excitement,
“You never know, you may love it and want to go back for a reading every
month!”

I
held up my hand to stop her, “I didn’t say I was participating, I said I would
go.

There’s a difference,” I narrowed my
eyes at her to let her know I was serious despite my smile.

Jess
was currently typing away on her phone, her thumbs swiping at the keypad at
lightning speed, “Good,” she said without looking up, “I knew she would give
in.”

I
winked at Phoebe before casually announcing, “And you’re paying for an hour
long reading for everyone, right?”

Phoebe
threw back her head and laughed aloud, “Then I’m getting two!”

Jess
looked up, finally realizing something was amiss, “What?” she looked back and
forth between the two of us, “What did I miss?”

I
sipped my wine casually, looking at her over the rim of my glass, “You’re
paying for hour- long readings for all of us.”

She
rolled her eyes, “I’ll pay for hers,” Jess cocked her head towards Phoebe, “But
I know for sure you aren’t getting one and I’m not sure I will either,” she
leaned over to pat Phoebe’s leg, “But we’ll be there with you, in spirit as
they say,” the words sounded awkward coming from the woman in the sharp black
suit as she clutched her ever buzzing blackberry.

“What
about you missy?” I shot Blair a glance across the table and immediately
noticed that her attention was not at all focused on our conversation but was
instead directed at a man across the room.

I turned in his direction and my brows arched in appreciation.

My eyes swept him from head to toe.

Blair had impeccable taste, that was for
sure.

He was tall and lean, a little too
skinny for my taste and was dressed like he belonged in a Polo ad.

“Cute,” I mused as I noted his extremely
preppy attire, “And totally your type.”

“And
what type is that?” Blair asked, her eyes never leaving her target.

“Rich,”
I answered, a grin playing at my lips.

Jess
smirked even as she typed away on her phone and Phoebe leaned back to get a
better look.

“Go
talk to him,” Phoebe urged, “You’re staring at him like you’re considering
killing him or something.”

Blair
finally broke eye contact, “I can’t go talk to him, I have a boyfriend,” she
responded in a distinctly bored tone.

“Which
you sound super excited about,” I laughed.

“Maybe
you
should go talk to him, Ellie,”
Blair reached for her wine and raised a brow in my direction.

“Why
am I being picked on, Jess is single too,” I pointed to her in an effort to shift
the focus.

“I’m
way too busy for a complication in my life, and trust me, that’s all men are,”
Jess finally set her phone on the table for the first time all night.

I
eyed the phone and then looked at her, “Did you get the president situated?”

She
rolled her eyes, “You laugh but if I was in the White House things would be run
a whole lot more efficient than what they do now.”

“I’m
not doubting that for a second,” I answered.

“Excellent
attempt to dodge the suggestion of you going to speak to that gorgeous man
across the room,” Blair dabbed the napkin to her bright red lips.

“Totally
not her type,” Phoebe interjected with a shake of her head.

“Why
do you say that?” Blair eyed the stranger again, her eyes greedily sweeping over
him.

“He’s
way too … you,” Phoebe answered hesitantly, “And however you think I mean that
… pick the better one and that’s what I meant.”

“I
think what she means is he might be a tad too preppy for me,” I attempted to
explain before Blair took offense.

“Well,
you could change that,” Blair replied with a tilt of her head, appraising him
as if he were a prized horse she was considering purchasing.

“You
could encourage him to dress differently.”

“And
by encourage you mean tell him that you don’t like the way he dresses and go
with him to the store to buy a completely different wardrobe?” Jess exclaimed.

“Well
… that’s one way to do it,” Blair shrugged, “Men like to be convinced to do
what we want.”

“Your
men,” Jess said as she flipped through the wine menu, “How exactly do you
manage that?

These men of yours hang on
your every word and jump through rings of fire for you after only a few
dates.

“She
drugs them,” I smiled.

“No,
she bats her eyelashes and feigns innocence,” Phoebe answered.

Blair
shook her head and reached into her purse for her lipstick, “You guys.

We erupted in laughter which immediately drew
attention to our table.

“Own
it sister,” Phoebe held up her glass, her long blonde hair falling in perfect
wisps that framed her face, “When you have it, you have it.”

As
I pulled into the driveway of my small rental house nestled within a quiet
neighborhood in Arlington, I could see the living room light glowing from the
street.

Geoff was still up, which
surprised me because normally he was in bed early.

I grabbed my bag and locked the car, making
sure I heard two beeps before walking away.

My dad always said, no matter how safe the neighborhood, you never left
your car unlocked.

As I fidgeted for my
keys on our front porch, the door opened.

“Hello
love,” Geoff’s handsome face greeted me with a smile.

“Hello,”
I greeted him in return as he reached out to help me with my bags, “You’re up
late.”

“My
early morning class canceled which means I can sleep in a little,” he shrugged
as he placed my bag on the clean organized counter.

“Is
my class cancelled?” I asked with hope, maybe I too would be allowed to sleep
in.

Geoff
and I both worked at the Grace Dance Academy where we taught dance classes to
everyone from toddlers to teenagers.

Geoff was especially good with the younger kids and preferred them to
the teenagers that tended to be more judgmental of his lifestyle.

“What
this time?” I asked, knowing there was usually a good reason if an entire class
was cancelled.

“Stomach
virus,” he cringed and shook his head in disgust, “It really goes around with
those young kiddos.”

“Yuck,”
I grimaced as I shed my coat and hung it on the hook in the hall.

“Well,
how were the hags?” Geoff asked with a grin as he poured me a Diet Coke.

He knew my ritual which was to avoid that
particular vice all day and allow myself to have one at night.

I
smiled at his ever present thoughtfulness.

Geoff was as close to perfect as a man could get which is why we got along
so well and had lived together for years.

If only I were a man, we would be the happiest couple in the world.

“They’re
the same,” I sighed and collapsed exhausted into a stool at the bar, “Jess
stayed buried in her phone while Blair silently devoured all the rich preppy
men in the room.”

“And
Fee?” Geoff asked, using the affectionate nickname he had coined for Phoebe.

“She’s
wonderful, as always,” I smiled, “There must be something about working around
incense and mineral stones all day that puts you in a good mood.”

“That
or she’s high as a frigin’ kite,” he laughed.

She does have access to the good stuff
through her compound friends,” I shrugged.

It’s not Waco,” Geoff corrected
me.

“And
did you make plans for the next birthday adventure?

“That
would be Phoebe.”

Where does she want to go?”

I
took a deep breath, still not believing I’d agreed to this, “She wants to go on
a slumber party.”

“She
picked Lily Dale, New York,” I sifted through my purse looking for the
brochure.

“What
in God’s name is in Lily Dale, New York?” Geoff asked with his southern drawl.

“It’s
a spiritualist community,” I smiled, already knowing his reaction.

“Seriously?”
he took the brochure from my hand, “How fun is that?”

“I
can’t believe that
you
agreed to go,”
he turned it over to look at the map, “And Jess agreed?”

I
thought back to the conversation at the table, “I don’t think she realized what
she was agreeing to when she did, but regardless, she agreed.”

“So
what … you’re all going to get your palms read or something?”

You know she loves
that stuff.”

“Oh
Ellie, you should do it.

It’s so unlike
you!

I mean, if you’re there and it’s a
fun girls’ weekend, you should totally do it,” Geoff’s eyes gleamed with
excitement.

You and Phoebe would have a
ball,” I took the brochure back and set it on the counter making a mental note
to plan the most efficient route and look for hotels in the morning.

“When
are you going?”

Her birthday is on Saturday
the 19
th
so she wants to go that weekend,” I looked up at the calendar
on the wall in the kitchen that held both our events.

I could already see something in red penciled
in that weekend.

That’s the weekend of the fall parade for the
2
nd
grade class!” Geoff was clearly disappointed, “Oh well.

If you guys have fun, maybe we can do a
return trip.”

“It’s
a six hour drive!” I shook my head, “I don’t know how on earth I’m not going to
kill Blair after being trapped in the car with her for 6 hours.”

I loved Blair, as I loved all my girls, but
she was the first one to get on my nerves whenever we got together.

She came from money, which is certainly not a
bad thing but she was always the one we needed to reel back down to earth with
the rest of us.

She owned a high end
clothing boutique that of course none of us could afford to shop in.

Blair was good about bringing us clothes and
other goodies although Phoebe never accepted because it just wasn’t her
thing.

She preferred the boho chic look
from the thrift stores, and if I was honest, she always looked better than the
rest of us.

When Angels Fall by Meagan McKinney
Savage by Michelle St. James
The Domesticated Brain by Bruce Hood
Love In Strange Places by Ancelli
Tridas by Alan, Mark
Riding Him (Ghost Riders MC Book 5) by Alexa Riley
Pieces of Why by K. L. Going
Filthy English by Ilsa Madden-Mills
Bono by Michka Assayas, Michka Assayas
Blame It on Texas by Christie Craig
Our partner