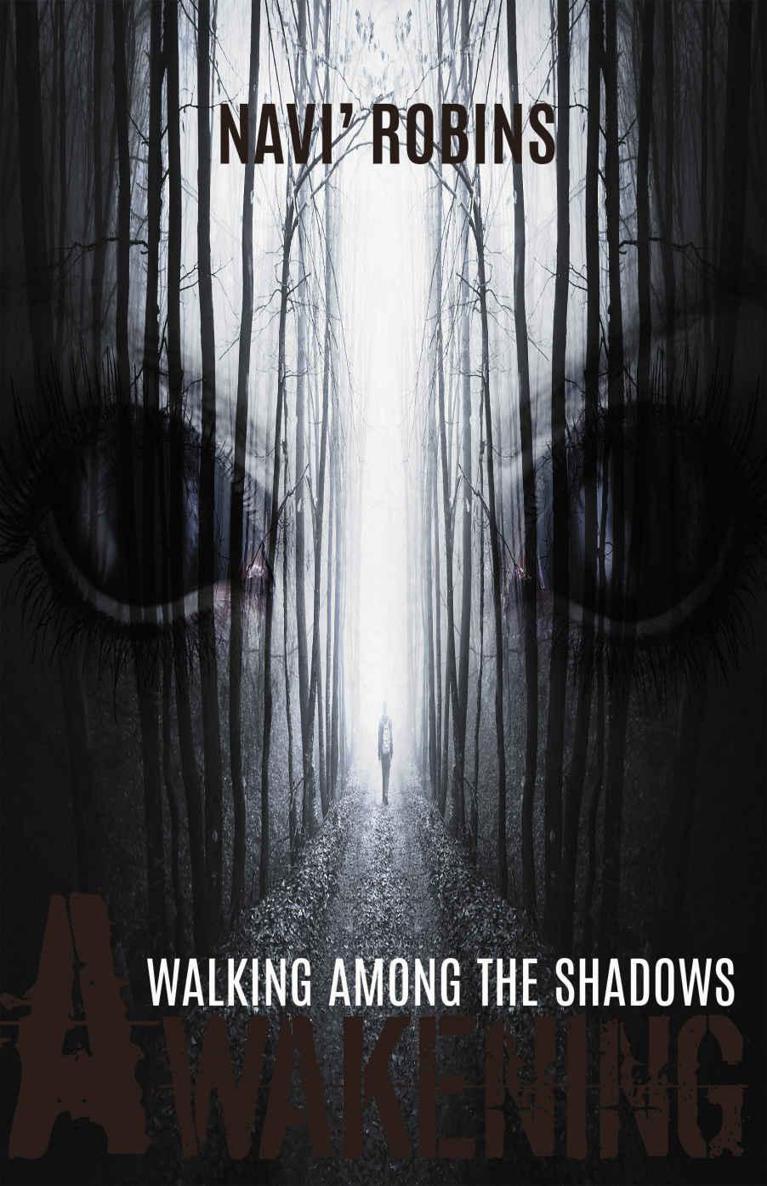 This is a work of fiction.
Names, characters, places, and incidents either are the

product of
the author’s imagination or are used fictitiously. Any resemblance to

To Kai and
Rosemary

Gone but never forgotten. We miss you.

LOVE IN A WORLD OF DARKNESS

Escape the darkness and embrace the light of my
heart,

Feel the warmth of my love as it leads your
soul from the dark,

Our flesh may divide us but our love unites us,

War may ignite us but our love entices us,

What is forbidden one day will be forgiven,

We are Shadow and Light united,

Under one banner, one cause and one purpose,

With love on our side not even God can hurt us,

We are the shadow on the moon and the light
after the storm,

We are love found in chaos and war,

We are love until time is no more,

Enter my light and embrace me in your darkness,

We are love and in love we shall be until death
takes you and me….

First
I would like to give all honor to the Creator.

It
would have been nearly impossible to complete this body of work without the
support and help from a woman that gave me strength, courage, and love to
pursue my dreams. Clara I love you, always and forever.

To my
inspirations; Mercy, Aiden, Jazz, Alexia, Jezzy and Eden.

To my
Mom and Dad for always believing in me even when I didn’t believe in myself.

To
Naomi Long, the Artful Editor.

To
Maurice for being the best friend and honest ear anyone could possibly hope
for.

And to
my brothers and sister, for the sibling comedy relief that provided the needed
vacation from the trials and woes of writing my first novel.

I
was completely covered in shadow, blood, and
exhaustion as I stumbled towards what used to be the front door. Now it was
cracked down the middle and hanging off the hinges from the violence that took
place here tonight. The house reeked of burnt flesh and death and I needed to
get outside and into the night air before I passed out from the stench. It was
a little difficult opening the damaged door, and the scraping sound it made
while I attempted to pull it open sent a dark and hallowed sound throughout the
house. As I opened the door the cool air from outside rushed in, attempting to
sweep away the gloom and smells of the horrible happenings that occurred here.
But I knew it would take much more than the cool night air to cleanse the filth
that lay throughout the halls of this Spaniard estate.

Stepping outside, the downpour
greeted me with a thunderous round of applause as it washed over everything in
the darkness around me. I imagined myself on the stage of a large amphitheater
covered in blood and shame with judging eyes staring straight through me.

Take a bow you sick bastard.
You’ve outdone yourself tonight.

I made a mental note that once
my brother arrived I would submit myself to the rain; letting it wash away all
the blood and filth that covered my body. I knew I would never forget this
night but I was hoping the rain would help me to forgive. I sat down on the
front step leading into the house and just stared out into the unknown darkness
in front of me. It’s been over an hour since I spoke to Manny on the phone and
no one has shown up yet.

Where were they? With
everything’s that’s happened how could they take so long to get here? I may not
be a military genius but it just didn’t make sense and I wondered if the Navy
decided to lighten their requirements for promoting leaders in their ranks?
Manny was too impulsive and incompetent to be allowed to lead anyone. But again
I’m no military genius, so what the hell did I know?

I wondered about the lasting
affect this night would have and what Karma had in store for me after what I’d
just done. I promised myself I was done killing, but tonight I was more brutal
than I anticipated; driven mad by revenge and by the time my rage was satisfied
I’d sent multiple souls to the afterlife.

After another thirty minutes
or so I started to hear the footsteps and vehicles of my brother’s team
approaching the house. Before long they had the entire area lit up and began
searching around the estate. They would periodically yell “Clear!” after they
felt an area was secured. I chuckled to myself because I knew I was the reason
for so much death here tonight and they all knew what I was capable of. So how
could they feel secure anywhere around this house while I still drew breath?

Oh, here comes Manny now, this
should be interesting.

I wanted to answer him, but
why should I? He left our family with guards so clueless they couldn’t stop a
kitten with a tank. He should’ve been here; the mighty, highly decorated eldest
son. But he decided to give the responsibility of protecting his family to
someone else and when death came knocking they let me in. And now he’s
concerned and wants to know what happened?

“Aiden, I’m talking to you!
Where are Mom, Sarah, and our grandparents?”

“They’re inside,” I answered
rolling my eyes.

“Are they okay? Are they
alive?”

“Go inside and see for
yourself, Manny.”

Manny sighed while looking at
the two men on either side of him and gestured for them to move inside the
house. Manny knelt down in front of me looking in my eyes trying to read me.

The question sparked a feeling
of pain and anguish inside of me as I began to count the number of victims who
lost their lives here tonight. All because of what I am.

“Seven, including an
eleven-year-old boy,” I answered, looking Manny in the eyes with the look of a
madman ready to snap again.

Manny almost fell back on his
ass at the revelation that a child lay dead inside our grandparents’ home.

“The boy Aiden, the
eleven-year-old boy.”

“He was already dying before I
was able to play nice and get that info from him,” I replied looking upward
towards the dark and flashing night sky. Manny became annoyed realizing he
wasn’t going to get any more answers out of me; so he decided to go inside the
house and leave me outside by myself.

On this night at the age of
seventeen, seven people lay dead inside our grandparents home and among them an
eleven-year-old boy; whose father I’d once loved as a father. But this wasn’t
the first time I’ve killed someone and I can tell you now, it wasn’t the last.
Actually, thinking back on my life and tallying up the body count I’d
accumulated, I have to admit that compared to what I’ve done after that
night…it was a pretty lack luster performance for me. But during the initial
stages of my life being turned upside down; this was a world-changing
experience. I often wondered how did it ever come to this, what drove me to
such lengths? As morbid as this scene is I can expect my answer would be even
more absurd…it was love. Love drove me to do these terrible things and by the
time I could pause and reflect, I wasn’t sure if I would have done things
differently if given a second chance.

I was lost and nothing made
sense. What I wanted to be seemed worlds away and who I used to be was being
torn away with every life I took; leaving behind an empty shell. So it came as
no surprise that the old Aiden also died that night and all I wanted to do was
wash away whatever was left of the old me.

The storm began to intensify
around me seemingly inviting me to join its violent bombardment of the Spanish
coastal landscape. Welcoming me into is wet and cool embrace. I was done
fighting the darkness that was growing inside of me. It was time to accept who
and what I was now and stop trying to resurrect an already lost soul. With each
passing second the storm seemed to entice me further to step out from under the
protection of the front porch to dance in the wind and rain.

Inhaling deeply I wiped away
the remaining blood from my hands, slowly stood up, and began walking in the
rain…

Mystical Seduction: full-length sensual paranormal romance (The Protectors) by McFalls, Dorothy
A Child of Jarrow by Janet MacLeod Trotter
The Alien Brainwash by H. Badger
The Disappearance of Grace by Vincent Zandri
Dead & Godless by Amodeo, Donald J.
The Boundless by Kenneth Oppel
The Condor Years by John Dinges
Deceiver: Foreigner #11 by C. J. Cherryh
Deep Within The Shadows (The Superstition Series Book 1) by Teresa Reasor
Death at the President's Lodging by Michael Innes
Our partner