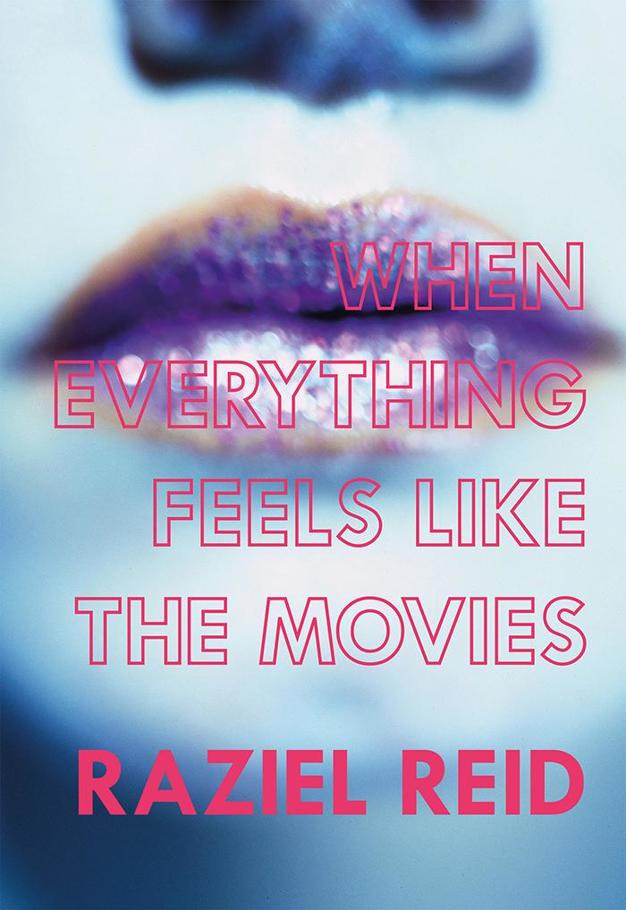 All rights reserved. No part of this book may be reproduced in any part by any means—graphic, electronic, or mechanical—without the prior written permission of the publisher, except by a reviewer, who may use brief excerpts in a review, or in the case of photocopying in Canada, a license from Access Copyright.

This is a work of fiction. Any resemblance of characters to persons either living or deceased is purely coincidental.

I guess I am a fantasy.

I
would’ve gone down for a pair of Louboutins (I think they call that “head over heels”), but the closest I ever got was kissing the feet of celebrities in tabloid magazines.

My mother’s closet was basically a sex shop. It was full of costumes and shoes, which she wore to work. That’s “work” in the original sense, although she werked for a living.

I’d take a pair of her shoes and wear them down in the basement, pretending the cement floor was covered with a red carpet and the washer and dryer were paparazzi. I hoped the conspiracy theory that the iPhone camera lens is the all-seeing eye was true.
Big Brother is watching you.
Perfect! I loved an audience.

Ray caught me once. It took me a while to notice him standing in the laundry room doorway because of all the white spots in my eyes. When I blinked, my world coruscated. He didn’t say anything, just stared at me and then shook his head, turned off the light, and went back upstairs. I stood in the darkness, barely feeling my feet bleeding from the patent leather heels, which were too small and dug into my skin. I didn’t care about the pain. My blisters were stigmata! I was their Jesus. I bled for them so that we could have life.

I remember what shoes I was wearing when we all got together for our first read-through, the summer before I had my brains blown out in heart-shaped chunks. I was flipping through a magazine, waiting for Angela at the graveyard gate in giant white platforms. They made me look like Baby Spice and Michael Alig’s love child. I had a lollipop and a syringe filled with Drano tangled in the laces.

When Angela showed up, she said, “I brought my camera in case you want to shoot.”

“You know you never have to ask to take my picture,” I told her. “But if you ever do and I say no, keep taking it anyway. And don’t stop until I have a mental breakdown.”

“They’re my mom’s. She wears them when she dresses as a school girl and dances to ‘Baby One More Time.’ I totally helped choreograph her routine.”

“Forty years old and still dressing like an underage slut,” Angela laughed. “I think I’ll make a Facebook fan page for her when I get home.”

I licked a picture in the tabloid I was holding. “Sorry,” I said, “I have to make the Hemsworth brothers as wet as they make me.”

“No need to apologize, dude,” Angel snapped a Polaroid. “I’d do them both at the same time.”

“Who do you think is bigger,” she asked, “Chris or Liam?”

We smoked while I climbed over tombstones, posing like a starlet corpse. My pale skin made me look like a wraith. I was one with the white flash. Angela took Polaroids because she thought they made her bohemian, which is the same reason why she smoked cigarettes and had unprotected sex.

Angela gave me a joint before leaving, kissing both my cheeks goodbye. She planted her big wet lips right on my skin. It was like she wanted to leave a part of herself on me. She had to mark her territory and make sure she wasn’t forgotten. I think that’s why she wore so much perfume. Angela always reeked. Everyone told her she smelled like a whorehouse, but I think she took it as a compliment.

“You can keep the Polaroids,” she called back as she started heading down the path. “I know how obsessed you are with yourself. Just don’t get them all sticky this time!”

I lit the joint when she was gone, and while I smoked I gave an interview to a tombstone like it was Barbara Walters. I was always imagining I was on her “Most Fascinating People” list. Number one, obviously.

Barbara had just started to make me cry when I heard them come up behind me. I quickly wiped away my tears as Matt rolled down the path on his skateboard. But it was Luke I saw first, lagging behind him with his hands in his pockets. My irises shuttered like the lens of a camera.

Kenny and Colin followed, both looking like Aberzombies just burst from graves. I felt sorry for them. They needed so much plastic surgery.

“Judy!” Matt said, excited to see me. I was his favourite entertainment, the show he couldn’t turn off (or on, for that matter). Matt thought he was so hot, but he was the same height as Justin Bieber. Even their egos were the same size. I jerked off thinking about him once, but only because Angela described his dick as “prodigious.” He snatched the joint out of my manicured hand before I could stop him.

“I wouldn’t smoke that,” Colin told him. “You might get the hiv.”

“Ew, that like doesn’t even exist anymore,” I said, rolling my eyes. “What decade are you from?”

Matt made a big show of wiping off my contamination anyway before bringing it to his mouth.

“Nice boots,” he sneered. Smoke coiled out of his mouth—he was a snake. I started to walk off, and he skated after me. The others followed—I guess they wanted autographs too. Matt passed Luke the joint and he took a long puff, holding the smoke at the back of his throat until his eyes burned. “I said I like your boots,” Matt said, picking up his board and blocking my way. He shoved my chest. “You don’t thank someone when they compliment you?”

“Ugh,” I sighed, like he was an overzealous fan. “Fuck off, you stalker.”

“That’s not very nice,” Matt smirked, getting in my face. He totally wanted to kiss me. “I’ve seen them before, you know. Your mom was wearing them when I tucked a dollar bill between her tits.”

I pushed him, harder than I thought I could without breaking a nail. He seemed surprised when I knocked him to the ground, but quickly recovered and jumped back up. “I’ve always wondered what it would feel like to punch a girl,” he said, swinging at me. I flinched, protecting my face, and he missed, but I lost my balance in the platforms and fell onto a grave.

“Let’s just get out of here,” Luke sighed, acting bored so that I wouldn’t end up
in
the grave. Yet. He passed Matt back the joint to distract him. Matt took it, blowing smoke in my face.

“I know you’re used to being on your knees, Judy,” Matt said, “but for the last time: no, you cannot suck my dick.”

I jumped up and spat in his face as if it had been choreographed. I did my own stunts!

I almost laughed too, not just because Colin had said something witty for the first time in his life, but because I was nervous. I didn’t usually fight back, aside from blowing kisses, and something told me I was about to pay for it.

Matt’s skateboard came for my head before I could duck. He kept hitting me even when I was down. Later, the doctors worried that he’d injured the ventromedial prefrontal cortex part of my brain, which can leave you without morals or compassion. I was disappointed that it wasn’t damaged, because wouldn’t it be nice not to give a shit? Blood streaked down my face like I’d been punctured by my crown of thorns as I lay upon a spike of asphodels. At least that’s how I chose to remember it. Cinematography is so crucial.

When I came to, the park was empty, and the blood was pooling in my nostrils. I told myself it was a performance, and I was up for an award—I was up for all of them. I tried to stand to make my acceptance speech but got dizzy and fell back down. When I opened my eyes again, I thought I had died and gone to heaven because Luke was looking down at me.

“Shit,” is all he said as he gave me his hand and helped me up. I couldn’t believe I was touching him. The shock gave my heart back its beat. He let me lean on him as we walked out of the graveyard onto the abandoned street. I got blood all over his shirt. The hospital was only a couple blocks away, but I was staggering. I acted like I couldn’t hold my head up just so that I could lean on his shoulder.

He lit us a joint. It was like he didn’t know what else to do. He tried to get me to take a puff, as if I’d be okay if I could at least take a puff. He basically shoved it in my mouth.
Fantasy fulfilled
. The joint fell to the sidewalk, and I wasn’t sure if the red smudges were from my lipstick or my blood.

I told him I loved him. I just said it like it was written in the script. I always thought I’d say it with a tear, but it didn’t come. The director could only expect so much from me when I was under pressure. I felt Luke freeze up, like he was about to push me away, like he was going to let me fall to the sidewalk and crawl the rest of the way to the hospital while he ran in the other direction in his bloody shirt, pretending he bought it with the red splatters at some store in the mall where they spray cologne until you’re choking and play music so loud you feel like you should be doing a bump every time you go to the change room. But he didn’t push me away. Luke had no imagination. He helped me the rest of the way to the hospital and left me on the stairs next to a nurse who was on her smoke break. I thought the step was still his pec until I shivered from the cold.