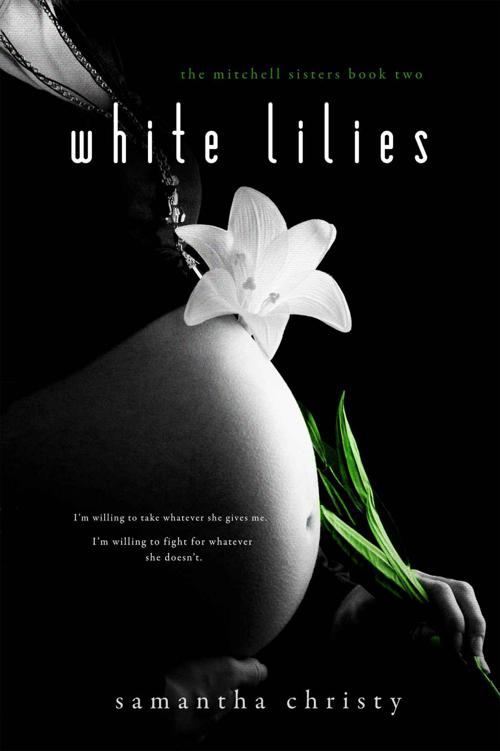 All rights reserved, including the rights to reproduce this book or any portions thereof in any form whatsoever.

This is a work of fiction. Names, characters, places and incidents are either the product of the author’s imagination or are used fictitiously, and any resemblance to actual persons, living or dead, business establishments, events or locales is entirely coincidental.

For my son, Dylan.

“Oh, God. Not again,” I mumble, tasting my horrid morning mouth. I look around the dim unfamiliar room hoping to gain some clue as to how I got here and who the guy lying next to me might be.

I lift the covers to investigate. My eyebrows shoot up in appreciation of what I find underneath. I’m vaguely amused at myself for not having beer goggles on last night.

The scorching-hot, totally naked man snoring at my side is the epitome of every girl’s panty-soaking fantasy. My mouth waters at the sight of him, reminding me of my rancid breath. I spy my purse on the floor next to the bed, along with two condom wrappers.
Two!
I reach in the pocket for a breath mint before resuming my perusal of Adonis.

He must be tall. His feet are practically hanging off the bed. He has large, toned thighs like that of a cyclist—points for that. It looks like you could bounce off his tight abs and I wonder momentarily if I did. His face is hard and rugged, even in sleep. I’ll have to give him a pass on the hair because of how delectable the rest of him is. It’s short. Buzz-cut short. And it might be red. I lift the sheets again. Yup—red.

While my gaze is focused on Ginger’s nether region, the south starts to rise again. And what a generous lift-off. My eyes widen and flicker to his only to find him, um . . . appreciating my body in return. Our glances meet in an awkward recognition. Recognition that neither of us recognizes the other.

I stare at him for a moment and contemplate leaving. But given that we’ve already screwed twice, I rationalize I should at least have the decency to be able to remember what it feels like. So, what the hell?

“First things first,” I say, reaching over to grab a few provisions from my bag. I hold out a breath mint for him in case his mouth tastes anything like mine did.

“Thanks.” He takes it and pops it in his mouth.

I rip the condom open and roll it onto his impressive length right before I straddle his body and bring myself down on him. It stings because I’m not fully ready.

Honey?
God, that’s even worse than his biting blue-collar accent. I look at the clock. “I have to be at work in an hour,” I say.

“Oh. Where do you work?” he asks nonchalantly, like we’re having afternoon tea instead of his long length stroking my sweet spot.

He laughs, thrusting deeper into me while tightly gripping my hips. “No problem.”

Ten minutes and a not-so-satisfying orgasm later, I’m cleaning up in his bathroom. It’s filled with a shitload of girl products. I peek in the cabinet under the sink. Tampons.

I quickly finish getting dressed and stomp back into the bedroom to retrieve my purse. “You have a girlfriend, you asshole?” I ask, watching him light a cigarette, hoping the ash will fall and burn his cheating cock.

He answers me with a shrug and a wrinkle of his nose.

I shake my disapproving head at him, step into my heels and walk out of the bedroom without speaking. I think I hear him mumble a word of thanks as I slam the bedroom door.

Doing a solitary walk of shame through his apartment, I notice a few toys strewn about the floor. I stop to look around.

Son of a bitch!

There’s a playpen in the corner. A highchair at the table. A pack of diapers by the closet. And a large portrait depicting the perfect-fucking-family hanging over the fireplace.

I am such a slut.

“Well, what do you expect, Skylar?” Baylor, reprimands me. “If you’re going to hang out at meat markets and drink like a sailor, you’re going to wake up in strange places. You can’t let the guy take all the blame.”

“Ugh!” I pout. I take a long sip of the strawberry margarita Baylor poured me as part of girls’ night. She may not be able to drink because she’s knocked up, but she can still make a good one. “He’s married with a goddamn kid. What right does he have to pick someone up in a bar?”

“Maybe,” she says, re-filling Jenna’s and Mindy’s glasses. “But if it wasn’t him, it would have been some other random guy, so does it really matter?”

She’s right. She’s absolutely fucking right. The past several years flash through my mind and my illustrious reputation of slutiness almost makes me choke on my drink. I rarely even bother to stay with a man long enough to like him. And if a guy has feelings for me? Forget it. Feelings lead to love. Love leads to broken hearts. Broken hearts lead to shitty lives. I’ve seen it firsthand. Okay, so maybe it all turned out great in the end for my big sister, Baylor, who was crushed by the man she loved when she was eighteen. But I vowed back then, being two years younger than her, that I would never let it happen to me.

So, here I sit, twenty-four years old and a bed post with enough notches on it to rival a cat’s scratching pole. I hang my head in shame while my sister and our friends try to sympathize.

“No you aren’t,” Jenna tells me. “You just don’t make the best choices, sweetie.”

Visions of the shameful choices I’ve made over the years trample through my head. “No—I’m a terrible person,” I repeat.

I shake my head at my roommate. Mindy is my closest friend, next to my sisters, Baylor and Piper. She’s also the best waitress at Mitchell’s NYC, my parents’ restaurant. We have a walk-up apartment only a few blocks from the restaurant that I manage. We also have—okay
I
have—a signal for said apartment to alert the other one of us that we should get lost for a while. When we have a guy over, in our tiny apartment with thin walls, we leave the light on in the hallway out front. And in this very moment, it occurs to me, that not once has Mindy ever turned it on. Not that she doesn’t have anyone over. She does. But I guess she plans it when I’m working. Or they go elsewhere. She’s a considerate slut. I’m a selfish one.

“Not that bad?” I say. “It’s worse. I’m a self-centered slut and inconsiderate lush. I don’t even buy Girl Scout cookies. I hang up the phone on charity callers. I sleep with men who have families for Christ’s sake. Face it, I’m going to hell.”

Jenna fails at trying to sound like she’s not scolding me when she says, “Skylar, you do this every time. You get drunk, wake up in some random stranger’s bed and then tell us what a bad person you are. If you’re so tired of this happening—and I think I speak for the rest of us when I say
we’re
tired of this happening—then do something about it.”

I look from face to face as they stare at me to see what my reaction will be. They are all so damn perfect. Jenna, who is Baylor’s best friend and agent, is engaged to a batting coach for the Yankees. She volunteers her time working for a charity set up by the team that raises money to vaccinate kids in Africa. Mindy comes from a life of money, but refuses to live on her father’s dime so she became a waitress and is putting herself through college to become a physical therapist. And of course, Baylor is a successful author. She is finally with the love of her life and they are expecting their second child. Even my little sister, Piper, is off living her dream life backpacking the world with her best friend.

Everyone has something going for them. What the hell do I have?

The Garden Thief by Gertrude Chandler Warner
She Left Me the Gun: My Mother's Life Before Me by Brockes, Emma
The Chosen Ones by Brighton, Lori
The Curse of the Holy Pail #2 by Jaffarian, Sue Ann
Anything For Your Love by Amore
Alpha Champion (Wolf Fighters Book 1) by Bolryder, Terry
Kalik by Jack Lasenby
And Everything Nice by Kim Moritsugu
Keys of Babylon by Minhinnick, Robert
Pray To Stay Dead by Cole, Mason James
Our partner