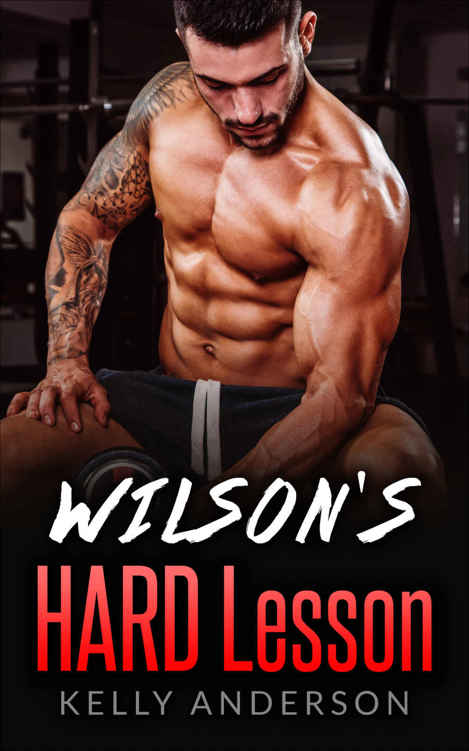 No part of this book may be reproduced or transmitted in any
form, including electronic or mechanical, without written permission from the
publisher, except in the case of brief quotations embodied in critical articles
or reviews.

This is a work of fiction. Names, characters, businesses,
places, events, and incidents are either the product of the author’s imagination
or used in a fictitious manner. Any resemblance to actual persons, living or
dead, or actual events are purely coincidental. This book is licensed for your
personal enjoyment only.

This book may not be resold or given away to other people. If
you would like to share this book with another person, please purchase an
additional copy. If you are reading this book and did not purchase it, or it
was not purchased for your use only, please return it to the seller and
purchase a copy. Thank you for respecting the author’s work.

If you are under 18 years old, or are not comfortable with
adult content, please close this book now.

Summer’s clean white tennies scuffed the loose gravel on the
shoulder of the road as she marched as far and fast as she could from her
mother and father’s house. She was so tired of living under their thumb. Living
under their tight reign. She was eighteen. That made her an adult in the eyes
of the law. She didn’t need to live under the government’s rule and her
parents.

The fight was she had with her parents was that she wanted
to move out. She wanted to skip the college path and go straight to work. Get
her own place. Be her own person. Her parents had not allowed Summer to even
get a part time job while in high school, which she had graduated from with
straight As. So she had to rely on their allowance even. And in light of the
threat that she was not going to fulfill their dream of going to school, her
parents promised to cut her off financially. They were going to bend her to
their will.

Luckily she had ten dollars burning a hole in her pocket.
Summer was about five minutes’ walk till she got to Rowdy’s, a restaurant/bar
where she had so hoped to get a job. The lights of the bar glowed like
butterscotch in the inky night. Every so often, as she made her way forward, a
belly laugh cut the sky. People were having a good time. It was pretty late for
a job application but Summer could not wait. She was going to see if they
needed her as much as she needed them.

Rowdy’s struck her as a cozy place as she made her way to
the wide porch steps of the wraparound porch. She had never been inside. Only
drove past it. Each and every time she past it, she wanted so to go in.
Especially at night with its orange neon sign glowing crisply against the black
backdrop of the night’s sky. Now Summer was standing at the base of the
restaurant looking up at the sign that sat atop the roof. It was giant. Rowdy’s.

She pushed the heavy front door of the bar and all noise
stopped. Except for the game at the pool table. The crack of balls continued
but no one said a word. All eyes turned her way. Summer was not the only female
present but the place was stocked with mostly men. Long haired men with
mustaches and beards and bulging muscles.

The row of men at the bar with their backs to her but their
faces towards her, were ripped. Even in the dimly lit atmosphere, Summer could
make out the definition of their physiques. They were hard bodies, every last
one of them. Finally, someone said something to her.

They all had a similar look but the guy who spoke to her was
different. He was better looking. His shaggy hair was shiny; rolling around his
face in soft curls. Even in the sparse lighting, his eyes glittered. The sight
of him made Summer’s insides clutch. It kind of scared her. She liked it. A
lot.

“What are you up to, little girl?” he asked, the corners of
his soft, full lips bending with amusement.

Summer did not like being called that. She bristled. Summer
stiffened her spine and stuck out her chest. She wanted to make sure he knew
she was a woman and not a little girl. She was suddenly painfully aware of her
white tennis shoes. They were the shoes of a kid. Still she made it work. She
looked him dead in the eye and pushed passed him to take a seat at the bar,
next to him.

“I didn’t bring my purse with me,” Summer said with
disappointment.

“Sorry. I am going to have to call this one,” said the
bartender. “And in that case, you aren’t allowed to sit at the bar.”

“Alright if I play pool?” she asked.

Summer was exceptional at pool. Her father played it for
hours to get away from her mother who was always hounding him for something. He
showed her cool trick shots. Summer was not just good, she was very good.

“Fine. Behave,” the bartender said with a glare of warning
in his eye.

Summer ordered a diet cola. The good looking guy paid for
it. He followed her over to the pool table and watched as summer put her name
on the chalkboard. Summer challenged the winner, who happened to be a big man,
as most of the men in the bar were. He wore a hat Summer guessed to hide a
receding hairline. These men here definitely had a thing for hair. Cool hair.
Summer liked it. Though she didn’t like the man she was challenging. Something
about him didn’t sit right with her.

He laughed a little loudly as he laid eyes on Summer,
chalking her stick. The man from the bar sat quietly, handsomely in a chair
watching the show. Summer figure he should at least get his name.

“Do I need to put your name on the board?” she asked
flirtatiously.

“His name don’t go on the board,” said the man Summer
challenged. “He usually runs the table. I am only here because he’s taking a
break. He’s the best. And I am pert near the best.”

“I’m only letting you play,” continued the man, “Because I
am a gentleman.”

“Better remember that,” said the man from the bar.

“Well if I can’t write your name on the board,” said Summer.
“At least let me know what it is.”

The man from the bar eyed her with wickedness.

“Better remember yourself as well, little girl. You don’t
belong here. I am letting you play one game and then it’s back to where you
came from. You have no idea what you’ve gotten yourself into,” he said darkly.

Summer didn’t hear much after he called her ‘little girl’
again.

“My name is Wilson,” he said. “And what might your name be?”

She was actually pouting and she didn’t want to answer but
that would only make his point. She forced herself to reply.

“Purty,” said the man she challenged.

As the challenger, Summer racked the balls. It was a perfect
rack. Tidy, tight. She lifted the triangle off the triad of balls, coolly. She
could tell from the look in Wilson’s eye that he was impressed with her style.
Her opponent got into position to break when Summer interrupted him.

Wilson sat up straighter obviously concerned for her
question. Her opponent smiled slyly.

“No we cannot,” said Wilson.

“You stay out of this. She’s old enough to be here. She’s
old enough to make that decision,” said the opponent.

Summer stood silently, looking at the two men with wide eyes
till the decision to bet was confirmed.

“Go ahead,” said Wilson with a wave reluctantly.

“Twenty bucks each be okay with you?” asked Summer. “Winner
take all?”

She stepped back from the table and let her opponent take
his shot. It was weak.

Wilson cut his eyes to her. Somehow she read a glint of
faith in her, in them. It was her turn. She leaned over the pool table, sliding
the cue in her fingers. She aimed and shot. It was beautiful. She took another.
And another. The opponent was a little disgruntled.

“That’s enough,” he said randomly after she sunk her third
shot in a row.

Summer’s opponent’s name was Duran. Wilson. Duran. She liked
that not too long before Rowdy’s was a foreign universe to her and it was fast
becoming familiar. She felt like she would fit right in a place like this.

Summer had played enough pool, with her parents’ guests
mostly, to know that this was not the case. She was winning because she was
really good. She felt like Wilson knew this too.

She was trying to figure out how old Wilson was. He might
even be old, like thirty. He was so handsome, she thought. His dark hair and
nicely groomed beard. Sumer thought he looked like knight sort of. He had the
muscles for it. His biceps were as big around as her waist practically. His
pecs strained against his T shirt. If they weren’t so hard and powerful
looking, they might look like breasts, she thought. He was definitely built.
And his legs were long. She spied on him, through stolen glances, is crisp
black jeans. Summer thought Wilson was hot.

She was due to take her next shot but with her sense of
Duran’s displeasure that she was winning, she paused. She didn’t want to cause
trouble by winning. Wilson recognized her hesitation.

That was all the encouragement she needed. Summer ran the
table. She had called every one and when she sank the eight ball, Wilson grinned
from ear to ear, flashing perfect white teeth, the sight of which made Summer
melt.

Duran boiled. He flexed his jaw but he said nothing. Summer
figured that was because Wilson was there. He began to walk away. Wilson tapped
him on the shoulder.

“You forgetting something there bud?” he asked Duran.

Duran acted like he had no idea what he was talking about.

Wilson stood up. He stepped toward Duran who was maybe an
inch taller. He was certainly broader and doughier. It was clear to Summer that
Duran was afraid of Wilson.

“You know and I know that had you won that game, you would
expect her to pay up,” said Wilson.

“The truth is I am short, little lady,” said Duran. “I
really didn’t take you seriously.”

But Wilson wasn’t having it.

“Empty your pockets,” he ordered.

“Now Hoss, you don’t have to go there. If you want me to pay
the little jailbait I’ll do it. It’s going to short me is all,” said Duran.

He produced a twenty-dollar bill after all. Again Wilson
declined.

“Oh no brothah,” said Wilson. “It’s forty now. It doubled
when you called her a name.”

“What is your problem?” Duran’s eyes narrowed. “You fixin’
to get with this girl?”

Without warning, Wilson took a swing and decked Duran. Down
he went. While he was incapacitated, Wilson checked his pockets and pulled out
more cash. He handed it to Summer.

“Don’t you do anything about this,” warned Wilson while he
was low to the ground near Duran.

Wilson climbed to his feet.

“But I wasn’t finish playing pool. I won. I want a
challenger,” said Summer.

“But no more gambling,” said Wilson.

“Why are you broke?” she smiled.

“Why is that?” asked Wilson.

“I want to play you,” she answered.