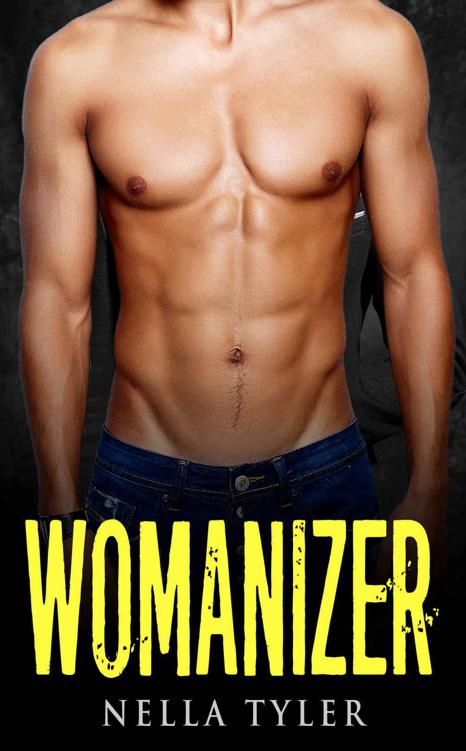 Get a
free copy of my never released book Collide

Her brown
hair seemed to get in the way, so I reached down and held onto it. Not only did
it help her by keeping her hair out of the
way
of my
cock, but it
also allowed me to
guide her head a little in the motions. I pulled tight on her
hair,
and she looked up at me. She probably
wanted to say something about
it
hurting,
but decided not to.

I watched
as her red lips made a perfect circle around my cock. Her tight lips pressed
down on
me,
and the pressure was
fantastic;
if only she could get the stroke
down, then she would be much better at giving head.

Her skin
was
flawless,
and my hands stroked the
back of her neck as she thrust her head up and down on top of me. She didn’t
have a freckle, mole, or blemish anywhere on her back. It fascinated me.

Her
round
ass
was
exposed,
and I couldn’t help but think about how much she would scream
out when I entered her from behind. It was only a matter of time before I gave
up on her oral sex skills and decided to fuck her to get this
over with
.

“Deeper,”
I commanded as I guided her throat to take my cock as far as she could.

The
sucking sound echoed throughout my
bedroom;
I loved that sound. It sometimes echoed in my mind long after the girl had left
for the night. I purposely kept very minimal pictures and decorations on my
bedroom walls so nothing got in the way of the sound.

I used the
leverage I had on her head to thrust her down hard as I finally released deep
into her throat. She seemed delighted when it was over and moved her mouth to
kiss up my abs.
Oh,
how I hated this
part. Her lips moved slowly up my
body,
and her dark brown eyes looked up at me. She wanted
more;
the desire filled her eyes.

It was
after the sex when they always wanted to cuddle or talk. None of that was my
thing; I was there to please them. I wanted to show them how hot sex could be
when they got away from their
straight-laced,
boring boyfriends. I didn’t cuddle. I sometimes did fall asleep with them
in
my
bed,
though, but only when the sex was exceptional.

“How was
that
baby
?” the girl asked as she stood up
in front of me.

Her body
was insane, with curves in all the right places. She had perky breasts and a
tight little ass. I think her name was Mary, or maybe it was Martha; I couldn’t
remember. I reached out and pulled her close to me. My lips moved gently along
her breast until I found her nipple and pulled it into my mouth.

She moaned
with pleasure as I flicked and licked one nipple and then the other. My body
reacted to the taste of her.

I had
picked a good
one;
I had a feeling she
would scream and
moan
so my neighbors
could hear. I loved it when a girl could disturb the rotten,
uptight
couple that I shared the
floor with
. They wouldn’t know good sex if it
hit them right in the head. Constantly the husband was sent to knock on my door
and request I keep it down. He always looked defeated as he obliged his wife
and did as he
was told
.

I picked
Mary, or Martha, up at the
bar. S
he had
giggled with her girlfriends when they looked at me. I could have picked any of
them, but she seemed to be the most willing. Our conversation consisted of her
talking about her job, something boring I assume since I couldn’t remember it.
Then when I got her away from her
friends,
I easily had her full attention. With a couple compliments and a wink, she was
on her way back to my apartment with me.

Women were so predictable.
It
shouldn’t be that easy to pick up a woman in New York City, but it was. Pay
attention to them, smile, listen and they were yours. These women had spent
years with assholes hitting on them; the second you could appear as a nice guy,
they were ready to spread their legs and let you have them all night long.

They knew
I didn’t want a relationship. They knew I was in it for the night only, but
that didn’t scare them away. Having a one night stand might not have been
something most of these women ever thought they would do. But the second I was
in front of them with my nice guy smile and my custom suit, their panties just
dropped for me.

It wasn’t
a coincidence that I liked to hang out at Edward’s, the bar on the corner of
5
th
street near my condo in downtown
New York City. The bar was a magnet for business professionals and the women
were always
overworked
and
undersexed
, which made them ripe for the
picking.

As we
entered my building, the doorman and entryway always impressed them. It was a
lavish building for sure; Donald Trump had built it with the intention of
impressing
people from the moment they walked
in. It certainly did do that. Women got wet just from the mirrored elevator
ride up to my apartment. Of
course,
I
helped entice them with a long and seductive kiss as we made our way up to the
32
nd
floor.

When we
exited the
elevator,
it always surprised
them that there were only two apartments on my entire floor. That alone showed
the grand size of my condo and I could hear the dollar signs ringing in the
women’s heads when they arrived. This particular girl tried to pretend like she
wasn’t impressed, but I knew better. Everyone knows how much real estate costs in
New York; some people pay over $1 million for a small one bedroom apartment.

My condo
cost me a cool $13 million dollars and its worth had grown to almost twice that
in the last five years. My investments continued to grow, and as much as I
wanted to continue to invest and grow my money, a new condo had been on my mind
for awhile. I wanted the penthouse somewhere. Having half the floor wasn’t good
enough for me anymore; I wanted the entire top floor of a building. I needed to
keep hustling and growing my portfolio of investments if I was ever going to
make that dream happen.

When I
opened my
door,
there was no way the
women didn’t drench themselves. My apartment was styled by a professional and
looked straight out of architecture digest. Even though I hardly spent more
than a couple hours a day in my apartment, it still looked well lived in and
adequately appointed with all the necessities.

My
professional kitchen would often be the first thing to draw the women into a
conversation. Their hands would run along the smooth granite and their eyes
widened at the sight of my floor to ceiling
walk-in
refrigerator. One person couldn’t consume enough food for such a large fridge,
but it was always stocked with the random necessities that any woman who came
by might want to try. Strawberries, yogurt, champagne, vegetables, and many
other female friendly foods were always available. Women love a man who eats
healthy
, so I stocked it with colorful foods
that enticed them and made me look like a health nut.

As much as I hated to let a woman actually stay overnight, it did happen
every now and then. I had found that the best way to get them going in the
morning was to feed them and rush them out the door.
On the special
occasion that I might want to see the woman again, I would let her sit to eat
her meal. If I didn’t want to see her again, I tried to give her some grab and
go foods as I hurried off to work.

As Mary,
or Martha, stood in front of me, I could see she wanted more. She wasn’t
satisfied to have given me head; this girl wanted the fun to continue. I didn’t
answer her question about how I enjoyed the oral sex she had given; instead, I
just bent her over the bed.

I reached
over and grabbed a condom from my drawer and slid it on with a quick ease that
I had gained through my many encounters. The best way to keep a girl from
talking is to make her scream.

Girls
loved to be fucked. They longed for it and most of them never had a
magnificent
fucking in all of their life. They
spent their time looking for the man they would marry instead of a man that
could fuck them unconscious.

I didn't
always fuck them until they passed out, but man oh man did I love to hear them
scream with pleasure. There was something primal about the way a woman
screamed
when she orgasmed—there was nothing
like it in the world.

Mary
Martha grabbed my black satin sheets as I slid into her. I started off slow,
just to get a feel for her and how she would react. My hands held tight to her
delicate hips and I pressed hard into her.

I kind of
wished I remember her name. A twinge of guilt hit me as she called out my
name,
but I couldn’t remember hers.

My thrusts
continued long and hard and she stopped talking. Instead, she was consumed by
moans of pleasure as her body enjoyed my deep
motions
.
I grabbed her hair again and pulled her body up. The leverage was nice and I
put my other hand on her shoulder to ensure I could press her body tight
against mine.

“Harder,”
she screamed out.

Oh,
how I loved it when they said that. It was
like an invitation to plow into them with all my force. It was a girl saying
she liked a little rough thrusting to help get her to the orgasm of her
lifetime. I happily obliged the command.

My hands
held onto her hair and shoulder and I plowed my cock into her as hard as I
could humanly thrust. Her moans were deep and primal and soon I felt her body
start to stiffen up. I let out the last couple thrusts just in time to see her
entire body tighten up as she was rocked by an intense orgasm.

Her legs
started to shake as she collapsed onto the bed. I gave her a couple gently
thrusts and then pulled out of her. A quick stop at the bathroom and I climbed
into bed next to her. I could tell she was exhausted and wouldn’t be able to
walk anytime soon. I guessed Mary Martha would have to spend the night. I
didn’t mind, I was exhausted myself and would be asleep in only a matter of
minutes.

A Most Uncommon Degree of Popularity by Kathleen Gilles Seidel
Return to Me by Morgan O'Neill
A Loving Scoundrel by Johanna Lindsey
Relato Soñado by Arthur Schnitzler
Maps for Lost Lovers by Nadeem Aslam
The Savage Tales of Solomon Kane by Robert E. Howard, Gary Gianni
Reunion and Dark Pony by David Mamet
Zom-B Gladiator by Darren Shan
RUSSIAN WINTER NIGHTS by LINDA SKYE,
In a Class of Their Own by Millie Gray
Our partner