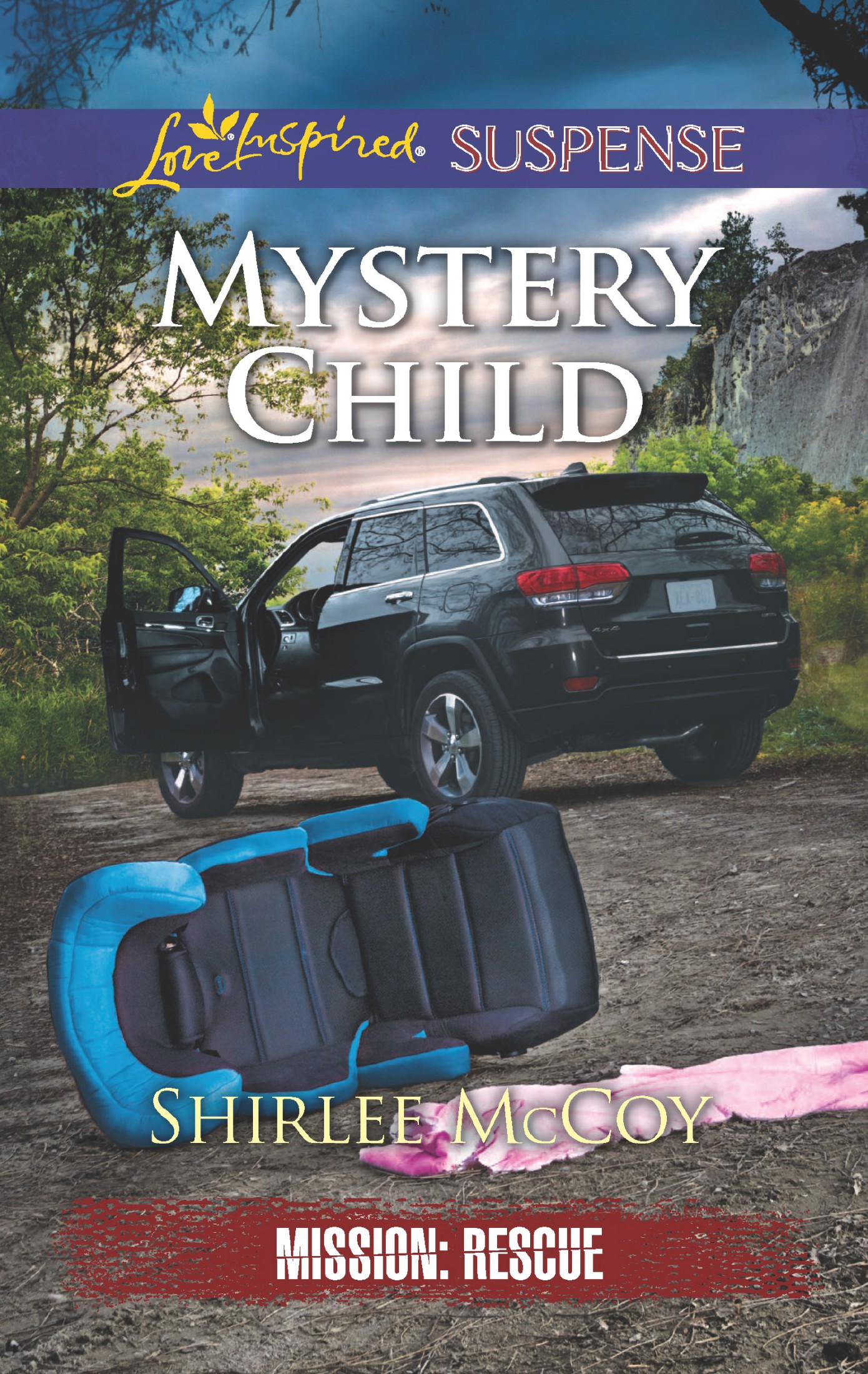 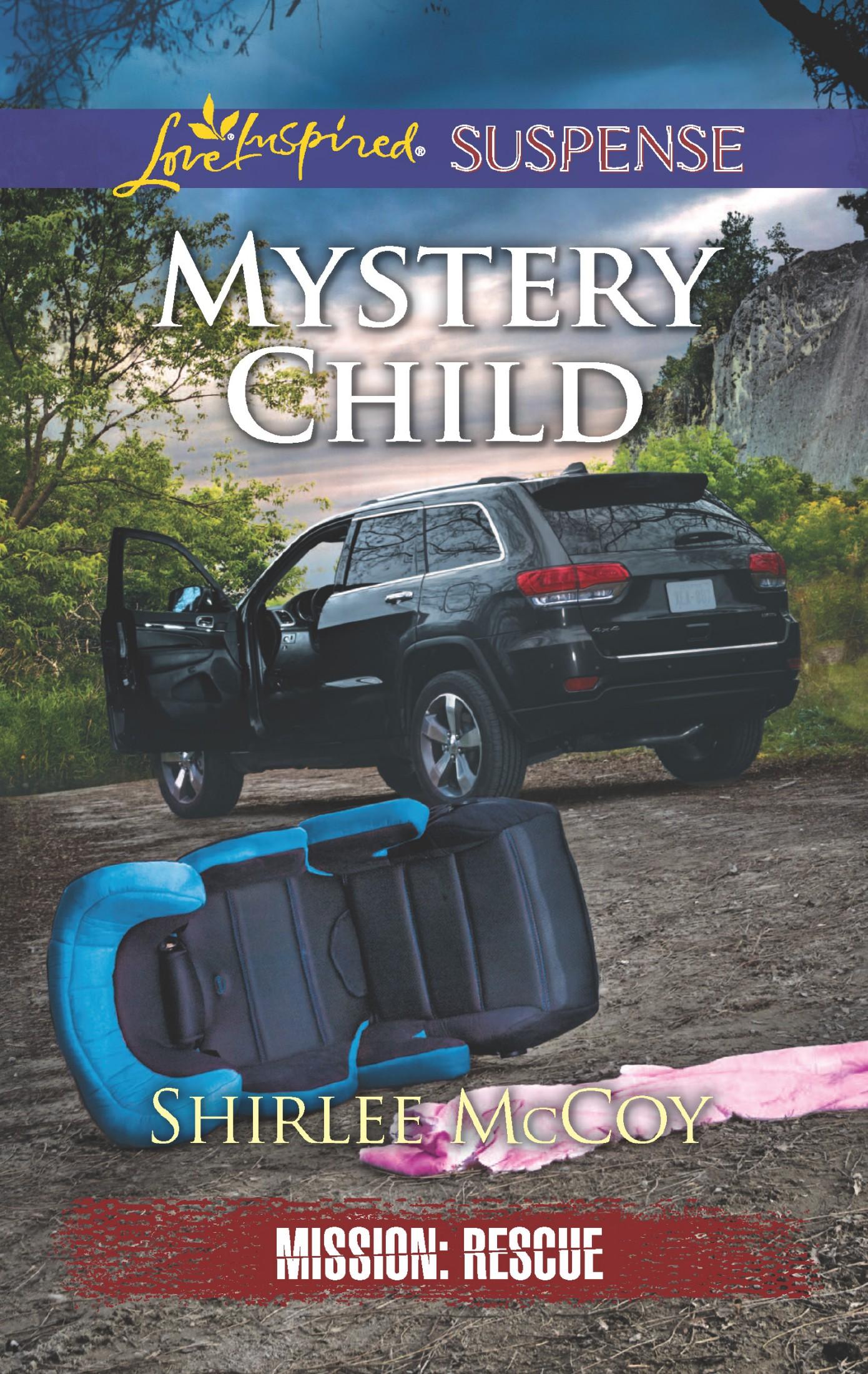 TO SAVE A CHILD

In the dark of night, Quinn Robertson is on the run with her little niece, desperate to bring the child to her biological father. All Quinn knows from her scared sister is that the girl is in terrible danger. And when a security and rescue specialist intercepts Quinn and claims he’s there to help her, she isn’t sure who to trust. According to Malone Henderson, Quinn’s niece was stolen as a baby from her real father—the very man Quinn is trying to reach. As Quinn works with Malone to uncover the truth, someone is trying very hard to make sure certain secrets stay buried, and that father and daughter are never reunited.

Mission: Rescue—No job is too dangerous for these fearless heroes

“Everything okay in here?” a man said, the voice so unexpected Quinn jumped.

Malone stood on the threshold, his broad shoulders nearly filling the space.

“You scared a year off my life.”

“It wouldn’t matter if I hadn’t already had ten years scared off back in the woods.”

He nodded, his expression hard. “Things could have gone really bad back there.”

“I know. If you and my brother hadn’t come along, they would have gotten Jubilee.”

“And killed you.” The words were so blunt, his voice gruff.

“When did you notice them following you?”

She remembered spotting the truck on her way through New York, seeing it again a few hours later in Pennsylvania. “They were following me for a couple hundred miles.”

“Seems odd that they were able to pick up your trail so far from home.”

She hadn’t thought about that. She’d been too busy trying to figure out how to escape them.

Aside from her faith and her family, there’s not much
Shirlee McCoy
enjoys more than a good book! When she’s not teaching or chauffeuring her five kids, she can usually be found plotting her next Love Inspired Suspense story or wandering around the beautiful Inland Northwest in search of inspiration. Shirlee loves to hear from readers. If you have time, drop her a line at
[email protected]
.

Visit the Author Profile page at
Harlequin.com
for more titles.

Get rewarded every time you buy a Harlequin ebook!
Click here to Join Harlequin My Rewards
http://www.harlequin.com/myrewards.html?mt=loyalty&cmpid=EBOOBPBPA201602010002

To my ever faithful God.
Who sees me in my weakest state and loves me anyway.

EXCERPT FROM
DECEPTION
BY ELIZABETH GODDARD

She could hear them as clearly as she could hear her pulse pounding frantically in her ears. Feet crunching on dry leaves, clothing brushing against pine boughs, the sounds of pursuit ringing through the dark forest.

A twig snapped, and Quinn Robertson shrank deeper into the tree throw, her arms tight around her five-year-old niece. Jubilee didn’t speak, didn’t whimper or cry or beg for her mother. She hadn’t made a sound since they’d left Maine twelve hours ago.

The prayer bubbled up, borne of desperation and just the tiniest bit of hope that it would be heard.

A light bounced over the thick tangle of roots that jutted up from the hole Quinn cowered in and swept toward the ridge she’d just run down.
Tumbled down
. She’d been terrified, and she hadn’t been careful. She was
still
terrified.

Had her brother, August, gotten her message?

Did he know how close she was to his house?

Did he realize she should already have arrived?

If she’d snagged her purse before she’d taken off, she could have texted to let him know she was in trouble, but she’d left it in the Jeep, her cell phone inside of it. There hadn’t been time to grab anything but Jubilee. By the time her niece was out of her booster seat, the car that had been following them, the car Quinn had pulled off the road to avoid, had made a U-turn and was heading back in their direction.

She’d run into the forest that lined the rutted country road. She’d had no other choice. Tabitha had entrusted Jubilee into her care. She’d begged Quinn to bring the little girl to her father in DC. Her
real
father. Not the man Tabitha was married to—the man who’d left bruises on Jubilee’s cheek, bruises on Tabitha’s throat. The one Quinn had known nothing about. She hadn’t known her sister was married. She’d had no idea Tabitha had a child. Five years had passed since she’d seen her sister face-to-face, and suddenly she was at Quinn’s door begging for help, her eye black, finger-sized bruises trailing down the column of her throat.

Quinn hadn’t hesitated. She’d agreed to do what Tabitha was asking. She probably would have agreed even if her sister had told her how much danger she might find herself in.

A lot of danger. More than she should be facing alone.

Quinn shuddered, holding her breath as someone raced past her hiding space. Jubilee lifted her head from Quinn’s shoulder, her long braids snagging on roots that jutted into the tree hole.

Please, don’t cry
, Quinn wanted to say, but a light slid over their hiding spot, illuminating the darkness for a heartbeat of time.

Quinn eased deeper into the hole, the loamy scent of earth mixing with decaying leaves and rotting wood. Branches jabbed into her ribs and back, scraping skin off her shoulder as she pressed into the root system of the fallen tree.

A voice called out. Someone answered, footsteps pounding on the ground nearby. The hunters weren’t giving up. They were determined to find their prey.

Did they realize how close they were?

Could they hear the frantic pounding of Quinn’s heart? The quiet panting of Jubilee’s breath?

How long would it take for them to discover the fallen tree? The hole Quinn and Jubilee were cowering in? Long enough for August to find the Jeep? If he was out looking, if he’d gotten her message, if he realized she and Jubilee were in trouble, he could be there in minutes, but that was way too many “ifs” for Quinn’s peace of mind.

Leaves crackled, branches broke and Quinn could hear the loud gasping breaths of someone just feet away. She tensed, her arms tight around Jubilee. She had to protect her. She’d promised Tabitha that she would. Of course, at the time, she hadn’t realized she was putting herself at risk. Knowing the truth wouldn’t have changed anything. Quinn still would have agreed to Tabitha’s plan. Only she would have been much better prepared.

Instead, she’d blindly believed a sister she hadn’t seen in years and headed out with no weapon, no plan for protecting herself or Jubilee.

It will be easier to disappear if we’re separated. Take her to DC. Her biological father is there. Don’t call the police or contact anyone before you get there. My husband has money, and he knows people who would be happy to help him get me back. If Jarrod has to use Jubilee to do it, he will. The best thing for her, and for me, is for you to get her to DC. The kid deserves better than what she’s been getting. I guess maybe I do, too.

Such a strange thing to call your own child. It should have been a clue that something wasn’t right, that maybe Tabitha wasn’t being completely honest.

Too late to worry about that now.

Quinn had to find a way out of the mess she was in. She scooted backward, the soft rustle of leaves making her freeze.

“Over here!” a man yelled, and Quinn bit back a scream.

She expected the roots that hid them from view to be pulled away, for a monster in the guise of a person to suddenly appear.

Jubilee’s arm snaked around Quinn’s neck, her fingers tangling in Quinn’s hair. The five-year-old was terrified, her body shaking, but she didn’t make a sound.

Good girl
, Quinn wanted to say, but leaves crunched and twigs snapped, and she knew their pursuers were closing in. Two men? Three? She hadn’t gotten a good look. She’d been too busy sprinting through the trees.

The prayer whispered through her mind, a knee-jerk reaction to hard-core terror. She’d prayed like that before. The day after Cory’s brain cancer diagnosis, the weeks during his radiation and chemo treatments and at the end, when there’d been no hope, when Cory had been nothing but a shell of the man she’d married, she’d begged and pleaded and petitioned God.

He hadn’t answered. Not in any way that had mattered.

Light splashed across the fallen oak, highlighting the giant tangle of roots that she and Jubilee had crawled beneath. She forced herself to stay still as the light found its way to the other side of the oak. The night went dark again, the woods silent and still. Leaves fell through the cracks in the root system, dirt raining down on Quinn’s head as someone moved past. Probably so close he could have reached in and grabbed Jubilee from Quinn’s arms.

The Energy Crusades by Valerie Noble
Reverb by Lisa Swallow
Voice Of The Demon (Book 2) by Kate Jacoby
Then There Were Five by Elizabeth Enright
Hand of the Hunter: Chosen of Nendawen, Book II by Mark Sehestedt
Within the Walls of Hell by Taniform Martin Wanki
The Feast of the Goat by Mario Vargas Llosa
Take a Chance by Lavender Daye
Solar Lottery by Philip K. Dick
The Escort Series (Billionaire Bachelors) - Complete Collection by Jordan, Lucia
Our partner