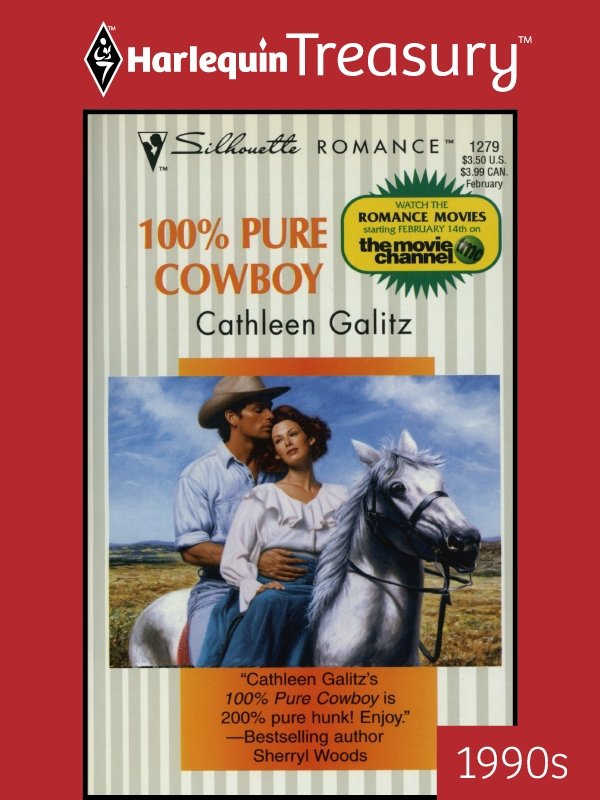 Danielle found herself staring into a striking pair of eyes that mirrored the color of the infinite blue Wyoming sky.
Letter to Reader
Title Page
Dedication
Books by Cathleen Galitz
About the Author
Chapter One
Chapter Two
Chapter Three
Chapter Four
Chapter Five
Chapter Six
Chapter Seven
Chapter Eight
Chapter Nine
Chapter Ten
Chapter Eleven
Chapter Twelve
Teaser chapter
Copyright
Danielle found herself staring into a striking pair of eyes that mirrored the color of the infinite blue Wyoming sky.
Atop a magnificent black-and-white Appaloosa sat a long-legged, slim-hipped cowboy regarding her with unconcealed amusement. He looked well over six feet tall in the saddle. Besides an infectious grin, he wore a plaid Western-cut shirt with pearl snap buttons and a pair of faded jeans that sinfully molded to the lower half of his body. One glance alone told her that this was not a man who was merely playing the part of a cowboy for the sake of a Prairie Scout Jamboree. Indeed, it was no dime-store cowboy who was so intent on stealing her seat out from under her. He was one hundred percent pure cowboy.
Â
And she was one hundred percent mesmerized.
Dear Reader,
Â
Silhouette Romance is celebrating the month of valentines with six very special love storiesâand three brand-new miniseries you don't want to miss.
On Baby Patrol
, our BUNDLE OF JOY selection, by bestselling author Sharon De Vita, is book one of her wonderful series, LULLABIES AND LOVE, about a legendary cradle that brings love to three brothers who are officers of the law.
Â
In
Granted: Big Sky Groom
, Carol Grace begins her sparkling new series, BEST-KEPT WISHES, in which three high school friends' prom-night wishes are finally about to be granted. Author Julianna Morris tells the delightful story of a handsome doctor whose life is turned topsy-turvy when he becomes the guardian of his orphaned niece in
Dr. Dad
. And in Cathleen Galitz's spirited tale,
100% Pure Cowboy
, a woman returns home from a mother-daughter bonding trip with the husband of her dreams.
Â
Next is
Corporate Groom
, which starts Linda Varner's terrific new miniseries, THREE WEDDINGS AND A FAMILY, about long-lost relatives who find a family. And finally, in
With This Child
..., Sally Carleen tells the compelling story of a woman whose baby was switched at birthâand the single father who will do anything to keep his child.
Â
I hope you enjoy all six of Silhouette Romance's love stories this month. And next month, in March, be sure to look for
The Princess Bride
by bestselling author Diana Palmer, which launches Silhouette Romance's new monthly promotional miniseries, VIRGIN BRIDES.
Â
Regards,
Joan Marlow Golan
Senior Editor
Please address questions and book requests to:
Silhouette Reader Service
U.S.: 3010 Walden Ave., P.O. Box 1325, Buffalo, NY 14269
Canadian: P.O. Box 609, Fort Erie, Ont. L2A 5X3
100% PURE COWBOY
Cathleen Galitz

To Mom and Dad who raised us with love and kindness
and a generous dollop of humor. Your love for one
another is an inspiration to us all.
Books by Cathleen Galitz
Silhouette Romance
Â
The Cowboy Who Broke the Mold
#1257
100% Pure Cowboy
#1279
CATHLEEN GALITZ,
a Wyoming native, teaches English to students in grades seven to twelve in a rural school that houses kindergaftners and seniors in the same building. She lives in a small Wyoming town with her husband and two children. When she's not busy writing, teaching or working with her Cub Scout den, she can most often be found hiking or snowmobiling in the Wind River Mountains. 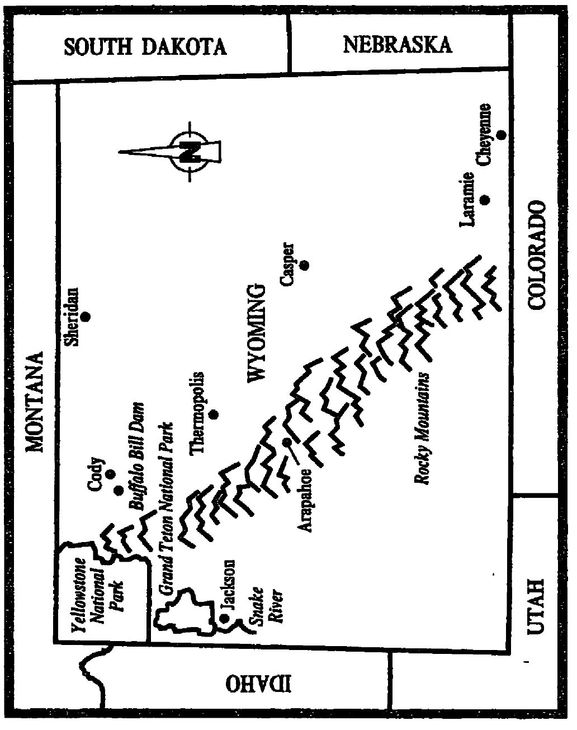