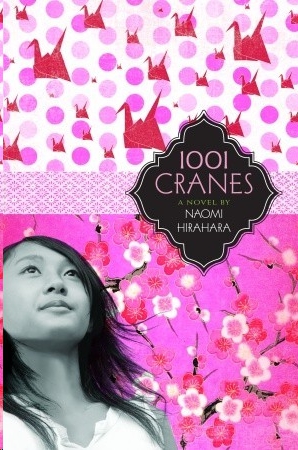 1 Monku with a Side of Smog

30 A Change in Plans

How to Fold a Paper Crane

To Martie, Sindy, and Coleen 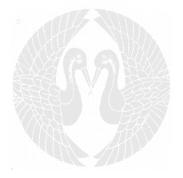 Monku
with a Side of Smog

No
monku,
my dad tells me before my mother and I leave, but I think that it’s easy for him to say. He’s not the one going away.

“Monku,”
which means “complaining” or “complain,” is about the only Japanese word I know. And it may be the only Japanese word my parents know. But they make up for not knowing much Japanese by using
“monku”
all the time. Like when they told me that I couldn’t go to a midnight concert with my friends: no
monku.
And when they told me that I couldn’t quit piano lessons: no
monku.
And now about my going away for the summer: no
monku,
again.

My dad claims that we Katos don’t
monku.
The rule doesn’t apply to my mom. She’s kept her maiden name; she’ll forever be an Inui.

My first name is Angela, and I know that’s no big deal, but if you consider who I’m named after, it might be. I got my name from an Angela who was on the FBI’s Ten Most Wanted list back in the seventies. She’s black and wore her Afro combed out like cotton candy. I know this only because I searched online for her one day. She’s a radical, like my parents are, or maybe used to be. Now, don’t get me wrong—my parents aren’t hippies. They are too young to be real hippies; I guess they were involved in a second wave of hippiedom but aren’t part of that world anymore. My dad, for example, is extra-neat, and my mom’s always buying the latest deodorant to make sure her pits don’t smell. They are both super-strict and limit the number of hours I can watch TV or surf the Internet. I don’t even have a cell phone, even though my friends got theirs four years ago, when we were eight years old.

But in other ways, my parents are number-one rule breakers.

They met, in fact, at some kind of sit-in at Stanford, which pretty much means that they sat on the floor of the dean’s office until they got their way, or at least thought they’d gotten their way. I think my dad was even arrested, though he won’t admit it no matter how many times I ask. So it makes sense that Angela Davis was my parents’ role model. Well, at least enough of one that they’d name their only kid after her.

My middle name is Michiko, after my maternal grandmother. My mother doesn’t get along with her. My dad says it’s because they’re too much alike. I haven’t made up my mind about Grandma Michi yet, because when I’m around her, she’s always busy doing something else.

I’ve been to Grandma Michi and Gramps’s house twelve times. I know this exact number because we go to Los Angeles once a year, during New Year’s, which is important for Japanese people. My grandparents take us to the Buddhist temple near their house and we watch men use mallets to pound hot rice into this sticky goop they call
mochi.
Then the women, some of them wearing nets and caps over their hair, take the hot goop into the kitchen and spread it out on a floured wooden board. This next part is my favorite: we then tear the
mochi
with our fingers and make balls the size of eggs. The elderly ladies, including Grandma Michi, sit at a special table where they spoon red beans (actually, they are more brown) into the middle of the
mochi
and form the rice goop around them so the beans are a surprise in the middle. The red beans are called
an,
which sounds like when you open your mouth wide for the doctor. I think they taste better than chocolate. That’s why Gramps calls me An-jay instead of Angie. I could eat
an
all day.

In five hours, we’ll be seeing Gramps and Grandma Michi and it’s not even close to New Year’s. It’s late June, summertime, when I’m supposed to be hanging out with my friends at home. Mill Valley, where we live, is just north of San Francisco, beyond the Golden Gate Bridge. Our house reminds me of a tree house, because it is surrounded by cedars, pines, and redwoods. My father teaches me the names of plants. He pulls the leaves off low branches and makes me smell and touch them. He says that even city girls need to know about green living things.

Now I close my eyes tight and picture the trees. When I open my eyes, I’m still in the backseat of our car; my mother is driving. It’s just the two of us. My mother is pretty, I have to admit. A lot prettier than me. She doesn’t quite look like those hula girls on the commercials for Hawaii vacations, but she comes close. Her nose goes up like an elf’s, but her skin is smooth, without wrinkles and spots like other mothers have. While my hair is frizzy, like my dad’s, her long hair falls straight, like a waterfall.

She doesn’t care that she’s up front by herself, because she gets to choose what CDs to play. She likes Sly and the Family Stone and all the Motown hits from the sixties and the seventies. “Real music,” according to her. “Mom’s Funk Junk Stuff,” Dad used to call it. FJS, FJS. I can’t remember the last time Dad teased Mom. I miss it.

“What do you think Daddy’s doing now?” I ask Mom. It’s Friday, and he usually doesn’t work on Fridays.

Mom pushes out her lower jaw. “He’s probably watching some replay of a game on TV.”

I want to ask if he’s at our house or his new apartment, but Mom may not even know about the apartment. I figured it out because the apartment manager called a couple of days ago and I answered the phone. Even though I told the woman I’d give the message to my father, I didn’t.

I first tried to write a note, but my fingers began to shake and I couldn’t even hold on to a pen. Later the words got caught in my throat and never came out.

I don’t know what this new apartment means. Dad has moved out before, but he’s come back. For good, I thought until recently. I don’t want to tell my mom about the phone call, because it might make everything worse. Maybe my dad’s just thinking about it. I don’t know.

I said nothing to my friends about my dad’s possibly moving out again. Or about my parents’ being in counseling together until my mother started going by herself. You see, there’s another rule in our house: don’t talk about bad things, especially in public. It’s not a rule my parents have said out loud. But I know it in my heart.

I am so used to being quiet in groups that sometimes I forget how to talk in front of people I don’t know well. This past school year, kids wrote things like “stay nice this summer” and “you’re so nice” in my yearbook. Those words make me feel kind of strange, because I know I’m not that nice at all. It’s just that they don’t hear all the bad thoughts in my head.

Silevethiel by Andi O'Connor
The Darcy Code by Elizabeth Aston
Rebekah by Jill Eileen Smith
The Impaler by Gregory Funaro
The Gatecrasher by Sophie Kinsella
Duplicity by Vicki Hinze
Claudia Dain by The Fall
Centaur Legacy by Nancy Straight
A Gangsta's Son by Rio
Rise of Legends (The Kin of Kings Book 2) by Narro, B.T.
Our partner