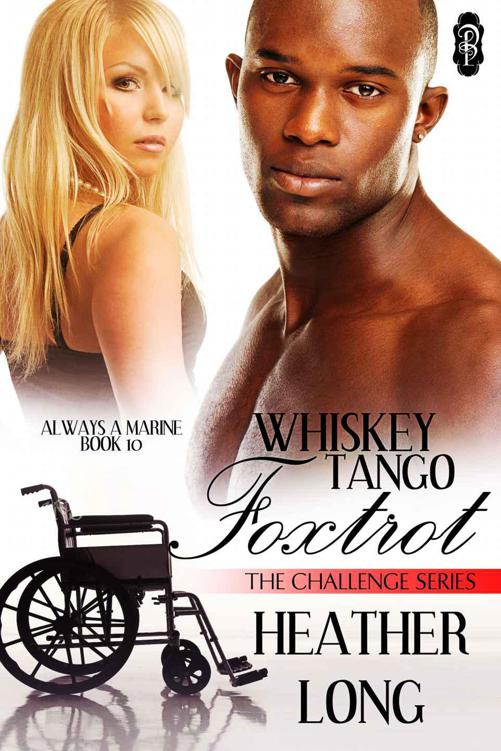 Ravished Before Sunrise by Lia Davis

Dead or Alive by L.J. Garland

A Marriage Made in Mayfair by Tamara Gill

The CEO and the Cowboy by Starla Kaye

No Strings Attached by Jennifer Labelle

Dare Me by Jennifer Probst

Escape to Me by Diane Alberts

High Above by Mari Freeman

The Virgin and the Best Man by Kate Richards

In My Sights by L.J. Garland and Debbie Gould

Betting on a God by Courtney Sheets

The Princess and the Prepper by Barbara Elsborg

Falling for Water by Arlene Webb

Heels and Heroes by Tiffany Allee

The baby cried again, the pitiful sob’s volume piercing the wall separating the captain’s apartment from the one next door. He usually cranked up the game to block the intrusion, but the hiccupy-cough punctuating the weeping seized him. Hitting pause on the remote, Captain Joe Cooper sat forward on his sofa and listened. The bawl rose again, and he could barely make out the woman’s soothing hums. Stress elongated every sound.

His new neighbors had arrived a few days before, but he barely saw the mother or her baby despite how often he heard them. He didn’t know where her husband was or why they were there, but he couldn’t ignore the lonely echo in the baby’s cries. Not anymore. Setting the remote down, he pulled his wheelchair closer and hit the lock on the wheel brakes. Muscles straining in his arms, he lifted himself off the sofa and slid onto the chair. Six weeks after graduating from the electric to the manual and he was a damn expert in maneuvering into and out of his wheeled shackles. The sparse apartment didn’t offer much in the way of a challenge, but he didn’t complain. The automated chair limited his physical movements and encouraged his back to heal.

His back twinged but the brace holding him together kept his spine straight. The heavy cast made it harder to maneuver his right leg, and he lifted his thigh to fit the cast on the footrest. His legs and torso suffered from mild atrophy despite constant physical therapy. Only so much his damaged lower body could perform.

Settled, he released the brake, spun and wheeled for the door. Exiting the apartment used to be a bitch. Once outside on the concrete walk, he pulled the door closed behind him and rolled to the next door. The infant’s squalls increased—and the little catch hitting in the middle of the scream got longer. His sister’s kids sounded like that sometimes—usually when they were teething or gassy—but something was off in this cry. He hesitated; his neighbor might not appreciate the intrusion. On the other hand he couldn’t ignore the potential need for help.

Decided, he knocked on the door.

The baby’s cries continued, but the door didn’t open. He glanced up at the peephole. She probably couldn’t see him.

“Ma’am, I’m Captain Cooper, your neighbor. Joe Cooper. I wanted to make sure everything was okay and see if you needed anything.” His mouth twisted into a faint grimace, he sounded so patronizing.

The door cracked open and a doe-eyed blonde peeked out. She braced her foot against it, but he could make out her soft silhouette and hesitant expression. Even in the low illumination of the porch light, the sadness in her eyes punched him in the gut.

Her gaze dropped to meet his and her eyes widened. Yes, he was in a wheelchair. The door opened wider. A big black man in a wheelchair wasn’t a threat. He pushed aside his bitterness.
Stop feeling sorry for yourself, you’re not a mind reader
.

“I’m—we’re fine. Thank you, Captain Cooper.” The milk and honey softness in her voice never rose as she rocked the baby. “She’s having a hard time sleeping.”

“I hear that. Anything I can do? My oldest nephew—he was a colicky thing. Spent one whole leave walking him around my mother’s house.” And he over-shared, but the skittishness skating across the woman’s features forced the confession.

“No—it’s—we’ll be fine. I’m sorry she bothered you.” She withdrew.

“Not a bother. Really, I know she’s been having trouble sleeping….” He didn’t want to end the conversation. At her swift frown, he motioned toward his apartment. “I’m home a lot and awake a lot, so I hear her when she’s not feeling well.”

She winced and he sighed.
Way to go, Coop. Make her feel bad because you can hear her baby
. “Not that I mind. Actually it’s kind of nice, and you have a beautiful voice.”
And that’s not creepy at all
.

Her cheeks went rosy and she let go of the door to shift the baby. The cries softened to hiccups. “Thank you.” The words cost her, but he’d pay money to slug whoever put that deer-in-headlights look in her eyes. “We’re scheduled to be at the hospital tomorrow for another assessment….”

“She will be.” Her tone lacked the conviction of her words. “The doctors seem pretty certain, and I’ve heard great things about the physicians at Mike’s Place.”

She’d heard right. Mike’s Place offered a great medical and physical facility for recovering veterans and their families. He was glad the baby had an appointment there.

“They’re damn good.” What was wrong with her baby? Where the hell was her husband?
And why is any of this your concern
? He ignored the niggling mental voice. Exhaustion rimmed her eyes, light from her living room highlighting the deep shadows underscoring them. He hadn’t seen or heard a male voice in the apartment in the week since they'd arrived.

“Thank you. I’m sorry again she bothered you. I’ll take her back into the bedroom and settle her down.” She started to nudge the door closed, and he put a hand on the wood.

“I’m right next door, if you need anything, Mrs….” The obvious fishing attempt for her name lacked his usual finesse.

“Melody—Melody Carter.” She sighed. “I’m sorry. I’m a little muddled right now. I should have introduced myself.”

“No worries at all, Mrs. Carter. And I mean it. You need anything, just knock on the wall. I’ll come right over.”

She gave him another tentative smile and closed him out. He turned the chair around and shook his head.
Yeah, she’s really going to ask for a complete stranger to rush over and help. Still
….

He shoved the thought aside. Awareness slid over his skin. She watched him from the other side of the door. The baby had quieted while they spoke, but the back of his neck itched as though he could feel her staring at him, waiting. For what? He wasn’t sure. Gripping the wheels, he rolled back toward his apartment. Plenty of time left on the game and it wasn’t like he had anywhere else to be.

Standing—pain twisted in his soul—
sitting
watch didn’t bother him. He would be sure to sleep in the living room. Sure, she’d knock on the wall and ask his broken ass for help.

Uh huh, and how many beers did we drink tonight
? It took a bit of effort to get over the little bump into his apartment, but instead of shifting back onto the sofa, he reclaimed the remote and stayed in the wheelchair.

Melody leaned against the bathroom counter, eyes half-closed. She brushed her teeth slowly and thoroughly. It took every ounce of energy she possessed to keep the brush moving. Focusing on the task, she resisted the urge to slide down the wall because she desperately needed more sleep. Unfortunately, she didn’t have time. Libby’s next battery of tests was scheduled in an hour.

Peeling her eyes open, she glanced in the bedroom. The light was almost too much and left her tearing up. Squinting, she studied the baby and waited until she saw the slight rise and fall of her chest before letting out a relieved breath. Her daughter never slept well, but sometimes when she did, she stopped breathing.

At sixteen weeks, her failure to thrive left her nearly as tiny as when she was born. The doctors at Mike’s Place seemed assured and confident they could repair her angel’s broken heart. The apnea monitor helped. It set off alarms to alert her if the baby stopped breathing, but it didn’t matter. She needed the reassurance only her own eyes and ears could provide.

Rinsing her mouth, Melody switched to washing her face. She would have preferred a shower, but she couldn’t hear Libby over the water. Ten minutes later, she padded into the kitchen and poured a cup of the stoutest, blackest, double-brewed coffee she could stomach then fixed a bottle. She moved swiftly, allowing no more than two minutes to get back to where Libby slept. They had thirty minutes before the shuttle would arrive to pick them up. The lack of a car had bothered her when they’d first arrived, but the continued sleep deprivation made driving unwise.

Bottle ready, diaper bag packed, face washed, hair pulled back into a tight braid, and clean clothes made her feel almost human. The coffee took care of the rest. Every swallow strengthened her resolve and bolstered her against the waves of fatigue. She really couldn’t remember the last time she’d gotten a decent night’s sleep.

Was there a last time
?

Her cell phone buzzed and she pulled it out of her pocket. The text message reminded her she had five minutes until the shuttle arrived. She blinked at her half-empty cup. Maybe she finally mastered the art of sleeping with her eyes open. Draining the coffee, she left the mug next to the bed and slid the diaper bag over her shoulder before scooping Libby up. The infant wrinkled her face but didn’t open her eyes. Melody cradled her, snuggling and making sure the blanket wasn’t too tight.

Leaving the apartment, she locked up and turned to find her neighbor locking his door. He caught sight of her and grinned. The curve of his lips deepened the dimples in his cheeks and turned his pleasant face into something positively handsome.

“Good morning.” His deep baritone hummed over her senses. She appreciated the low-voiced greeting.

“Good morning.” She wanted to say something more, but her brain locked up around the words. He eased his wheelchair back until nearly off the sidewalk and motioned for her to precede him. Biting her lip, she found a small smile for him. “Thank you.” Her heartbeat accelerated and sweat cooled her spine. She didn’t hug the wall, but couldn’t help needing more distance between them.