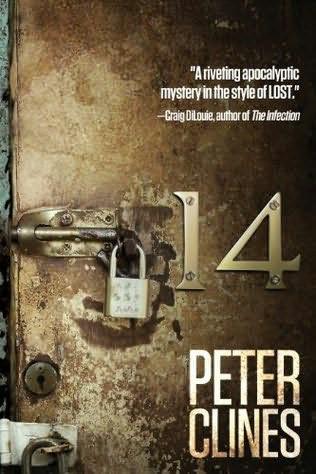 He ran as fast as he could. As if Hell itself were chasing him. As if his life depended on it.

He was quite certain it did.

The truth was, he was dead already. He’d seen enough men bleed out in medical theaters to recognize the wet pulse jetting between his ribs. The knife had done its job with almost surgical precision.

He mustn’t think about himself, though. Not now. There was too much at stake. He had to keep running.

If the Family caught him, everyone would die.

Nate Tucker found out about the apartment as people often learn about the things which change their lives forever—by sheer luck.

It was a Thursday night party he didn’t want to be at. ‘Party’ was too big a word for it, but calling it ‘a few rounds after work’ seemed too minor. There were half a dozen people he knew and another dozen he was supposed to know. He hadn’t really paid attention when they’d been introduced, and none of them seemed interesting enough to go back and learn their names after the fact. They sat around tables that had been pushed together, shared communal appetizers some people would argue they’d never touched, and sipped overpriced drinks they made a point of claiming they’d first had at more exclusive restaurants.

Nate had realized a while back that nobody talked with each other at such gatherings. People just took turns talking
at
each other. He never got the sense anyone was listening. He wished his coworkers would stop inviting him.

Nate was being talked at by a man he remembered as the Journalist with the Hot Redhead Girlfriend. He’d been introduced to the man at one of these things a month or two back. Like everyone else at the table, the Journalist considered himself part of the film industry, even though, as far as Nate could tell, the man’s job had nothing whatsoever to do with making movies. At the moment, the Journalist was lamenting a cancelled interview. His subject, a screenwriter, had to dive into last minute rewrites demanded by some producer. Nate wondered if the man got to put that sort of thing in his articles—
idiotic revisions made to climactic scene to pacify self-centered executive.

There was a break in the Journalist’s monologue and Nate realized the man was waiting for a response. He covered the pause with a cough and took a hit off his beer. “That sucks,” Nate said. “Do you lose out altogether or can he reschedule?”

The Journalist shrugged. “Maybe. My week’s packed, and he’s going to be busy pulling his hair out.” He took a sip of his own drink. “Anyway, enough about me. What’s up with you? I haven’t seen you at one of these things in ages.”

Nate, who remembered waving to the Journalist at last week’s almost-party and getting a raised chin back, shrugged too. “Nothing much,” he said.

“Weren’t you working on a script or something?”

“So what have you been up to?”

He took another hit off his beer. “Work. Trying to find a new place to live.”

The Journalist’s brow rose. “What happened?”

“The guys I’ve been living with, they decided to do their own thing,” said Nate. “One’s moving back to San Francisco, the other’s getting married.” He shrugged. “We had a house, but I can’t afford it on my own.”

“Where are you now?”

“You looking for anything in particular?”

Nate considered it for a moment. It was the most anyone outside of his roommates had asked about the search. “I’d like to stay near Hollywood,” he said. “I don’t need much space. I’m hoping to find a studio for around eight hundred a month.”

The Journalist nodded and took another sip of his drink. “I know a place.”

The other man nodded. “A friend of mine suggested it when I first moved here from San Diego. Older place in that Koreatown-Los Feliz gray area around the 101.”

Nate nodded. “Yeah, I know right where that is. It’s closer to work than the place I’m in now.”

Another nod from the Journalist. “I was only there for a few months, but the rent was cheap and it had a great view.”

The Journalist glanced around. “Between you and me,” he said, “I was paying five-fifty.”

Nate choked on some beer. “Five-fifty a month? That’s it?”

“Yep. And that included all the utilities.”

The Journalist smiled and gestured with his glass at his Hot Redhead Girlfriend. She was across the table and down a few seats, being talked at by a woman with jet-black hair and matching clothes. “We decided to move in together and got a bigger place. And…”

Nate raised a brow. “And what?”

“The area or the building?”

“The building. Don’t get me wrong, it’s a great place. It just wasn’t for me.” He pulled out his phone and began brushing his fingers across the colorful screen. “I think I’ve still got the number for the management company if you want it.”

The building was a cube of red bricks lined with gray mortar, the type of building one pictured in New York or San Francisco. Two rectangles of concrete sat in the brick at the third story, each bearing the eroded image of old heraldry. Just above the wide front door, a fire escape zigzagged up the center of the building’s face. Nate knew Los Angeles had lots of old buildings like this. In fact, he worked in one of them.

It was built up on a tall foundation, sitting on top of an already-high slope. There were two flights of stairs leading to the door. Nate immediately pictured the hassle of hauling furniture up them. Two trees flanked the steps and gave some cover to the downstairs apartments. They were newer additions, not as thick and sturdy as the one sprawled by the wrought-iron gate.

A small Asian woman stood just inside the gate, an iPad tucked under her arm. She waved to him. “Nate?”

“I am. Great to meet you.” She opened the gate and shook his hand.

Toni was one of those women it was impossible to pin an age on. She could’ve been anywhere from eighteen to thirty-five. Her skirt showed enough leg to make him think younger. Her manner and the cadence of her voice made him think older.

She smiled as she led him up the stairs. It was a fantastic smile. If it was fake, she practiced it every day. “It’s a great building,” she said. She gave one of the pillars by the door an affectionate pat. “Over a hundred years old. It’s one of the oldest in this part of the city.”

Above the wide front door, KAVACH was engraved on the concrete lintel in bold letters. Nate wasn’t sure if it was a word or a name. “It looks great.”

“They built them to last back then. Isn’t that what people say?” She pulled open the steel security door. The main door past it was wide open. “Come on in and I’ll show you the place.”

The small lobby was straight out of a dozen noir films. Apartments 1 and 2 flanked the front door. A staircase with a well-worn banister curled up to the second floor. Beneath the staircase were two banks of mailboxes, and beneath them were tall stacks of phonebooks. It looked like they’d been there for a long time.

She gave him another smile and butterflies fluttered in his stomach. It had to be practiced. No one could naturally pack so much into curved lips and a flash of teeth.

She guided him up the curving staircase to the second floor and down the hall. It was all dark brown and ivory paint. They passed a narrow glass door that made him think of an old telephone booth. Toni glanced back over her shoulder and followed his gaze. “Elevator,” she explained. “It’s out of service right now, but they’ll probably have it working by the time you move in. It’s pretty small, though. You’ll have to take your furniture up the stairs.”

“Good thing I don’t have much,” he said. He glanced at the other side of the hall and glimpsed a set of padlocks on a door marked ‘14’, but Toni’s tour had already moved past it. He looked back over his shoulder, but the thick frame hid the door.

“Twenty-two units,” she said as they walked toward the back. “Eight, six, and eight.” They stepped through a fire door and into a large space that stretched from one side of the building to the other. There were three couches and a pair of matching chairs. The south wall held a huge flatscreen TV, at least forty inches. “The lounge area’s open to everyone,” she said. “There are connections for a game system or Blu-ray or whatever. You might want to leave a note if you want to reserve a certain time for something.”

The back of the lounge was also the landing for the rear stairwell. It was much more industrial than the front one, and switched back and forth with each short flight of steps. Toni continued up the stairs. The third floor hallway looked identical to the two below it. On either side of the landing were brown doors marked 27 and 28. She produced a key and opened 28.

The studio wasn’t huge, but it was pretty big. Nate pictured clones of himself lying head-to-toe on the hardwood floor and guessed the room was about twenty by twenty. Maybe deeper than it was wide. Two long strings dangled from the ceiling fan in the center. The brick wall across from the door was filled by two huge windows, big enough for him to stand in. They were the old-fashioned, mullioned kind, with ropes and counterweights hidden in the frames.

Outside the window he could see Los Angeles. With the small hill and the tall foundation he was close to five stories up. The windows looked right over the top of the building next door. Nate could see the 101 Freeway a few blocks to the north. In the distance, up on the hillside, he could see the Griffith Park Observatory.

Toni’s heels clicked on the floor. “Some view, isn’t it?”

“It’s amazing.” He leaned his head close to the glass. Off to the left stood the tall, white letters of the Hollywood sign.

She stepped through the open doorway to the left and into the kitchen. The counter was decorated with white and blue tiles in a pattern that could almost pass for a checkerboard. The linoleum on the floor mimicked the counter. “The apartment comes with a fridge and a clawfoot tub,” she said. “Laundry room is in the basement. There’s a sun deck up on the roof. We start with a six-month lease but it goes month-to-month after that. Once you pass a credit check we’d need first and last month’s rent.”