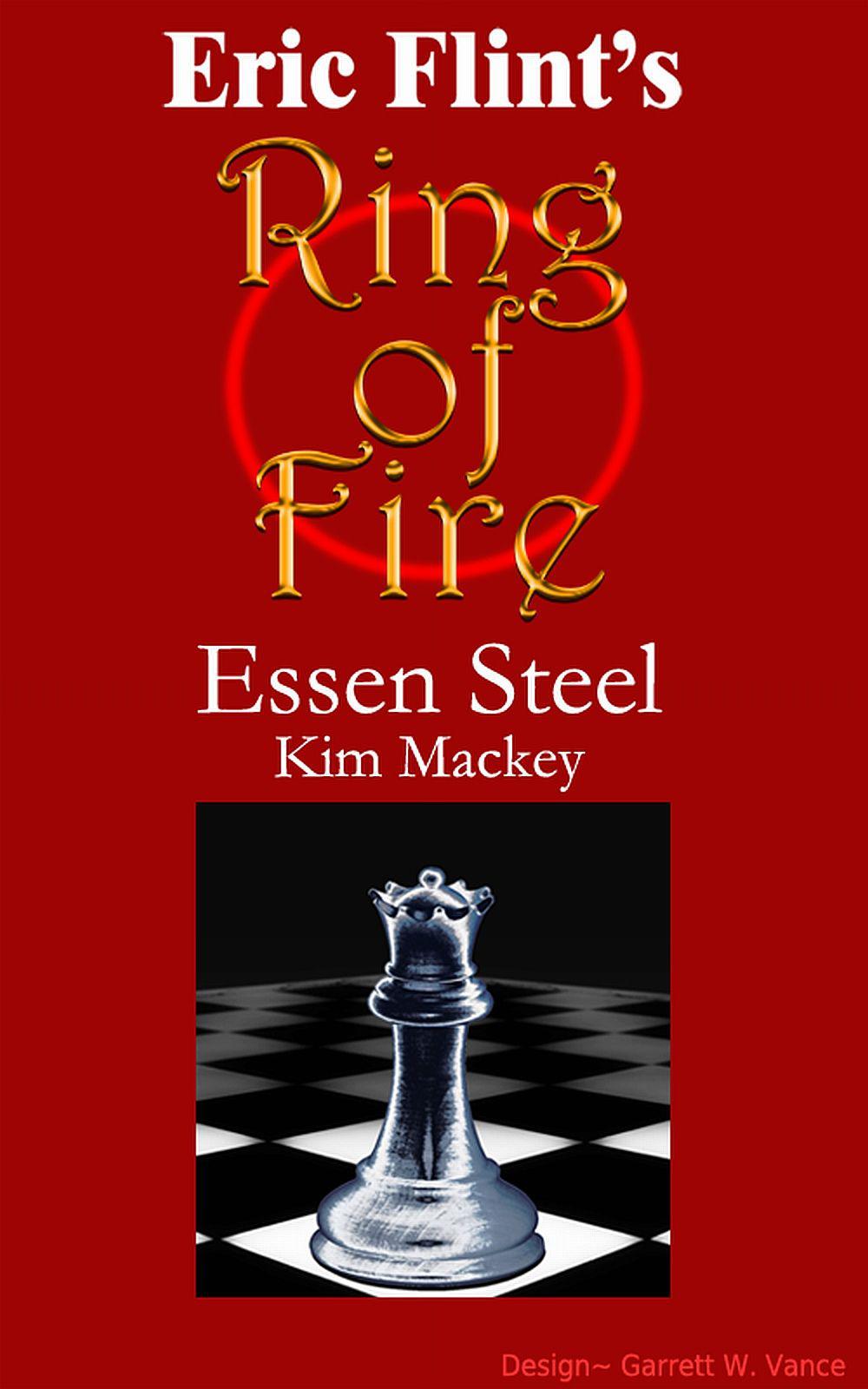 Turn Your Radio On

No Ship for Tranquebar

Published by Ring of Fire Press

Portions have been previously published in the
Grantville Gazette
.

A Ring of Fire Press Original.

This book is an example of a new project we're launching in the 1632 series.  We're publishing e-books under the imprint of Ring of Fire Press, consisting of two kinds of materials.

The first are reissues — sometimes expanded and/or rewritten — of stories which were originally serialized in
The Grantville Gazette
. These stories were simply too long to be included in any of the paper anthologies published by Baen Books. At the same time, we felt it would be useful (and hopefully popular) to put them together in unitary volumes so that people who want to re-read them, or read them for the first time, don't have to hunt for them scattered over a number of separate issues of the magazine.

The second type are also reissues taken from
The Grantville Gazette
; in this case, compilations of fact articles on the same (or similar) subjects. We used to reissue fact articles along with stories in the paper editions published by Baen Books. But beginning with the change in format with
Grantville Gazette V
, where we switched from a direct one-to-one reprint of magazine issues to anthology-style "best of" collections taken from half a dozen issues, we stopped reissuing fact articles altogether. Again, we felt it would be useful (and hopefully popular) to put together unitary e-book volumes devoted to a single topic or closely related set of topics. That way, people interested in the subject matter don't have to hunt for the separate articles scattered across many issues of the magazine.

This is being done in consultation and with the agreement of Baen Books. As before, Baen will continue to publish the paper editions of the Ring of Fire series, as well as the e-book formats of those volumes. The material we will be publishing as Ring of Fire Press is material that Baen would not be publishing.

For those interested, it will also be possible to purchase paper editions of the Ring of Fire Press volumes on a print-on-demand basis.

Part One: Crucibellus
Chapter One

By early morning they had passed beyond the siege lines and lay hidden in a copse of woods four miles from the Magdeburg gates.

"We will travel only at night for the first few days," Henri said, "and hide during the day. Best not to tempt fate."

That afternoon, after sleeping most of the morning, they watched the huge pillar of smoke boil up into the sky from the direction of Magdeburg. Henri, her father's friend, and an almost uncle, turned grim. "It is much worse than even I suspected it would be. They should not have set fire to the town. Magdeburg alive could sustain them. Magdeburg destroyed will force them to forage into the countryside. We will have to move as soon as we can tonight."

As Colette Dubois watched the black smoke rise into the sky she imagined she could hear the screams of the women and children on the breeze. She shuddered. Raped and murdered. Thousands of them. And now Tilly's wolves would be scouring the outlying districts for more plunder and victims.

They rode for days, constantly on guard and careful to avoid concentrations of other travelers who might attract the attention of soldiers. Finally they stopped at an abandoned house on the outskirts of a village so that Henri could get more supplies. Colette and Colas, her brother, hid in the woods near the house and waited, tying their horses far enough back so they would not whinny in greeting to any horses passing along the road.

In the late afternoon they heard hoof beats on the road. Colette quickly grabbed Colas before he could jump up and expose himself. "What are you doing?" she hissed. "Wait and see if it is Henri first."

Crouching back down, Colette and Colas watched as half a dozen soldiers kicked in the door of the house and began to ransack it.

So stupid, thought Colette. There was nothing of value left in the house. But the soldiers seemed to delight in smashing what little furniture there was. Two of the men began a more systematic search of the outside yard and were beginning to work their way steadily in Colette's direction. If they came too close … Colette shivered. She knew what her fate would be. Death, if she was lucky. And Colas wasn't strong enough to survive even a week in a soldier's camp, given his recent sickness.

It was the light that saved them.

The soldiers were twenty yards away when the sun spawned on the earth. A titanic wave of sound rolled across the house. Terrified, the soldiers quickly mounted their horses and galloped off.

Colette watched them go. She breathed a sigh of relief. Then felt Colas' tug at her sleeve.

He pointed. "Where did the hill go?"

Colette shivered again. A sign from God. But what did it mean?

It was an hour later when they once again heard hoof beats on the road. This time it was Henri. He had no supplies and he seemed to be favoring his left shoulder.

Colette saw the blood on his jacket. "You've been shot!"

Henri dabbed at the wound. "It's nothing. No bones broken, not much blood. A band of cutthroats. We'll have to ride on for supplies." Henri gestured toward the house. "What happened here?"

Colette shook her head. "I don't know. There were soldiers, half a dozen of them. They would have found us but for the light. It was like the sun was rising from the earth. The sound nearly deafened us."

They spent the night several hundred yards deeper in the woods.

Josh sighed. Normally it took his grandfather at least 15 minutes to make a move in the middle game. He'd thought there would be plenty of time to use the phone in the kitchen for a quick call to his sister-in-law.

"What was that?" Michelle asked.

"Gramps. We're playing chess. It's Sunday after all," Josh said.

Josh's grandfather always hosted the weekly parish chess club. Josh had been involuntarily inducted when they heard about his U.S. Chess Federation master rank. This Sunday, of course, the group was limited to the real chess fanatics who were willing to incur Vince Masaniello's wrath by skipping out early on his fortieth wedding anniversary party.

Josh could feel his sister-in-law smile. "You going to let him win this time?"

"Not likely." Josh chuckled. "He knows I'm still a master. If I let him win I'd never hear the end of it. But at least I can make it seem like a struggle."

"Tell that French witch you're busy, boy. I just made the move of the century! No way you're getting out of this one!"

Joe snorted. "She's got that right."

"Hey, Lou," Josh said, "is Gramp's move that great? Maybe I should stay in the kitchen."

He heard the pause in the speed chess game and knew that Lou Giamarino was looking over the board.

"Yeah. You're in trouble all right," Lou said dryly. "Looks like he bought your sacrifice. Probably mate in five for you."

Josh laughed and listened for a minute as the three old friends began arguing over Joe's last move.

That should keep them busy
, he thought. "Did you get all of the books sent, Michelle?" The company Josh worked for had received the contract from the West Virginia Department of Transportation to investigate the old Baltimore & Ohio railroad route for the "rails to trails" program. Josh had pushed hard to get the job, knowing that he could save a lot of his per diem by staying with his grandfather in Grantville.

But, as a quid pro quo, Josh's boss had demanded that he prepare a paper for a symposium, any symposium, involved with industrial archeology. Josh had discovered that the twenty-sixth International symposium of the International Committee for the History of Technology was looking for an American to present a report. Since he worked mainly in Pittsburgh, Josh decided that the early history of steel would be just about perfect.

Initially, Josh had made good progress on the paper for the symposium, gaining access to a variety of records from Pittsburgh steel companies. He had also done extensive spelunking on the internet, vacuuming all kinds of files onto his laptop's hard drive. Early on, he discovered "The Sheffield Connection" in the Pittsburgh crucible steel industry, but the only decent sources available for deep background were dusty nineteenth-century books not found in the United States. Taking advantage of his sister-in-law's upcoming trip to London and Paris, he asked her to air express some of the books he had selected.

"Yes, they've all been sent," Michelle said. "Didn't you get them yet?"

"No, just one package with the two history books. The rest are probably lost in some DHL warehouse in New York. If they aren't here by Wednesday I'll run their tracking numbers down. The B & O survey should be wrapped up soon and then I can really get working on the paper for the symposium." Josh heard some noise from the other end of the line. Daniel's voice.

Michelle came back on the line.

"Got to go, Michelle," Josh said. "I'll call again when I get back to Pittsburgh.
Je t'aime.
"

The phone went dead at the same time a brilliant white light lit the sky and a distant sound of thunder seemed to echo across the hills. For a second Josh stood there, stunned. What the hell?

"What the hell was that?" his grandfather yelled from the living room.

"I don't know, Gramps. But both the power and the phone are dead."

Lou and Bart came into the kitchen, both with vaguely worried expressions on their faces. "The phones went out at the same time as the power?"

Bart shook his head. "Odd. The phone system is supposed to have its own power supply. Think I'll go take a look around town to see who's in the same boat. Want to come along, Lou?"

"I'm with ya." Lou turned towards the living room. "We're taking off, Joe. We'll call when the phones start up again."

Lou grinned. "Take care of the old man, Josh. He's getting a mite touchy in his dotage."

"You ain't no spring chicken yourself, Louis Giamarino!"

Lou laughed and waved to Josh as he and Bart went out the back door. "Later, Josh."

Joe yelled from the living room. "Damn. Josh, come finish the game and we'll wait it out, whatever it is. But open the curtains so we have some more light."

"Come on, Gramps. Let's go find out what's going on. Maybe it's something serious."

Joe snorted. "Forget it, boy. Can't be anything that bad. Besides, I still think I've got you cornered here, no matter what Lou says."

Intimacy by Hanif Kureishi
Crí­menes by Ferdinand Von Schirach
Masks by Laurie Halse Anderson
Thanks for the Memories by Cecelia Ahern
Alexis (The Love Family Series Book 6) by Kate Allenton
What Not to Were by Dakota Cassidy
Aussie: A Bad Boy Second Chance Romance by Dawes,Kate, Catori,Ava
Kissed by a Cowboy by Lacy Williams
Ice Storm by Penny Draper
The Demon Headmaster and The Prime Minister’s Brain by Gillian Cross
Our partner