Read 28 Summers: The gripping, emotional page turner of summer 2020 by 'the Queen of the Summer Novel' (People) Online

28 Summers: The gripping, emotional page turner of summer 2020 by 'the Queen of the Summer Novel' (People) 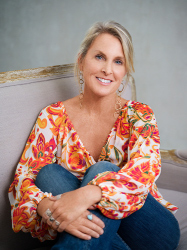 Elin Hilderbrand first discovered the magic of Nantucket in July 1993. Her list of favorite things includes barre class, writing at the beach, cooking for her three nearly grown kids, and singing “Home Sweet Home” at the Club Car piano bar.
28 Summers
is her twenty-fifth novel.

What Happens in Paradise

First published in the USA in 2020 by Little, Brown and Company

First published in Great Britain in 2020 by Hodder & Stoughton

The right of Elin Hilderbrand to be identified as the Author of the Work has been asserted by her in accordance with the Copyright, Designs and Patents Act 1988.

All characters in this publication are fictitious and any resemblance to real persons, living or dead, is purely Coincidental.

I love you, Dottie. And I miss you. 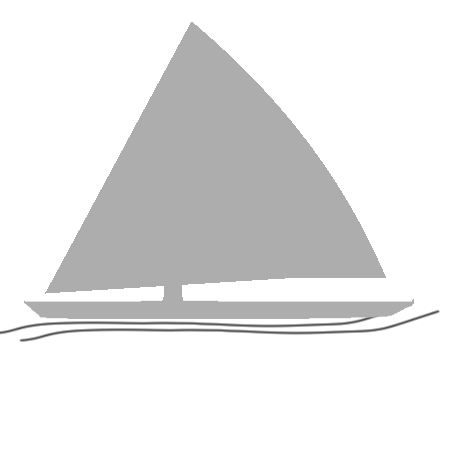 What are we talking about in 2020? Kobe Bryant,
Covid-19, social distancing, Zoom, TikTok, Navarro cheerleading, and… The presidential election. A country divided. Opinions on both sides. It’s everywhere: on the news, on the late-night shows, in the papers, online, online, online, in cocktail-party conversations, on college campuses, in airports, in line at Starbucks, around the bar at Margaritaville, at the gym (the guy who uses the treadmill at six a.m. sets TV number four to Fox News; the woman who comes in at seven a.m. immediately switches it to MSNBC). Kids stop speaking to parents over it; couples divorce; neighbors feud; consumers boycott; employees quit. Some feel fortunate to be alive at such an exciting time; they turn up the volume, become junkies. Others are sick of it; they press the mute button, they disengage. If one more person asks if they’re registered to vote…

Turns out, there’s a story this year that no one has heard yet. It’s a story that started twenty-eight summers earlier and that only now—in the summer of 2020, on an island thirty miles off the coast—is coming to an end.

The end. Under the circumstances, this feels like the only place to start.

M
allory Blessing tells her son, Link:
There’s an envelope in the third drawer of the desk. On the left. The one that sticks. They all stick,
Link thinks. His mother’s cottage sits on a strip of land between ocean and pond; that’s the good news. The bad news is…humidity. This is a home where doors don’t close properly and towels never dry and if you open a bag of chips, you better eat them all in one sitting because they’ll be stale within the hour. Link struggles with the drawer. He has to lift it up and wiggle it side to side in order to get it open.

He sees the envelope alone in the drawer. Written on the front:
Please call.

Link is confused. This isn’t what he expected. What he expected was his mother’s will or a sappy letter filled with sage advice or instructions for her memorial service.

Link opens the envelope. Inside is one thin strip of paper. No name, just a number.

What am I supposed to do with this?
he wonders.

Okay,
Link thinks. But who will answer? And what is Link supposed to say?

He would ask his mother, but her eyes are closed. She has fallen back to sleep.

Link walks out the back door of the cottage and along the sandy road that runs beside Miacomet Pond. It’s June on Nantucket—sunny and sixty-seven degrees, so the nights and early mornings are still chilly, although the irises are blooming among the reeds and there’s a pair of swans on the flat blue mirror of the pond.

Swans mate for life,
Link thinks. This has always made them seem morally superior to other birds, although somewhere he read that swans cheat. He hopes that was an internet hoax.

Like most kids who were born and raised on this island, he’s guilty of taking the scenery for granted. Link has also been guilty of taking his mother for granted, and now she’s dying at the age of fifty-one. The melanoma has metastasized to her brain; she’s blind in one eye. Her hospice care will start in the morning.

Link broke down crying when Dr. Symon talked to him, then again when he called Nantucket Hospice.

The RN case manager, Sabina, had a soothing manner. She encouraged Link to be present in each moment with his mother “through her transition.” This was in response to Link confessing that he didn’t know what he was going to do without her.

“Worry about later, later,” Sabina said. “Your job now is to be with your mother. Let her feel your love. She’ll take it with her where she’s going.”

Link punches the number on the strip of paper into his phone. It’s an unfamiliar area code—notably
not
206, Seattle, where his father lives. He can’t imagine who this is. Link’s grandparents are dead, and his uncle Cooper lives in DC. Coop and his wife, Amy, are splitting; it’s his uncle’s fifth divorce. Last week, when Mallory still had moments of clarity and humor, she said,
Coop gets married and divorced the way most people eat Triscuits.
Coop has offered to come up when it gets to be too much for Link to handle alone. This will be soon, maybe even tomorrow.

Does his mother have any other friends off-island? She stopped speaking to Leland when Link was in high school.
She’s dead to me.

Maybe this is Leland’s new number. That would make sense; they should make peace before the end.

But a man answers the phone.

It takes Link a second to process this.
Jake McCloud?

He’s so startled that he laughs, then glances at the back door of their cottage. Is this a
joke?
His mother has a sense of humor, certainly, but she’s witty, not prone to pranks. Asking Link to call
Jake McCloud
on her deathbed just isn’t something Mallory would do.

There must be an explanation. Link checks the number on the piece of paper against the number in his phone, then he looks up the area code, 574. It’s Indiana—Mishawaka, Elkhart, South Bend.

Link cackles. He sounds crazy. What is going
on
here?

Just then, his phone rings. It’s the 574 number, calling back. Link is tempted to let the call go to voicemail. There has been a tremendous mistake. In all of his interviews, Jake McCloud seems like an extremely decent guy. Link could just explain the situation: His mother is dying and somehow Jake McCloud’s number ended up in his mother’s desk drawer.

“Hello, this is Jake McCloud. Someone from this number called me?”

“Yes,” Link says, trying to sound professional. Who knows; maybe Link can use this weird misunderstanding to get an internship with Jake McCloud—or with
Ursula
de Gournsey!
“Sorry about that, I think it was a mistake. My mother, Mallory Blessing—”

“Mallory?” Jake McCloud says. “What is it? Is everything okay?”

Link focuses on the swans gliding along, regal in their bearing, king and queen of the pond. “I’m sorry,” Link says. “This is Jake McCloud, right?
The
Jake McCloud, the one whose wife…”

Link shakes his head. “Do you
know
my mother? Mallory Blessing? She’s an English teacher on Nantucket Island?”

“Is everything okay?” Jake McCloud asks again. “There must be a reason you’re calling.”

“There is a reason,” Link says. “She left me your number in an envelope and asked me to contact you.” Link pauses. “She’s dying.”

“She has cancer, melanoma that metastasized to her brain. I’ve called hospice.” These words are painful to say, and Link can’t help but feel he’s throwing them away. Why would Jake McCloud care?

There’s silence on the other end, and all Link can imagine is Jake McCloud realizing that he has taken a call meant for someone else and wondering how to gracefully extricate himself.

Mal?
Link thinks. Does Jake McCloud, who has a better than decent chance of becoming the First Gentleman of the United States, somehow
know
Link’s mother?

“Tell her…that I’ll be there as soon as I can,” Jake says. “Tell her to hold on.” He clears his throat. “Please. Tell her I’m coming.”