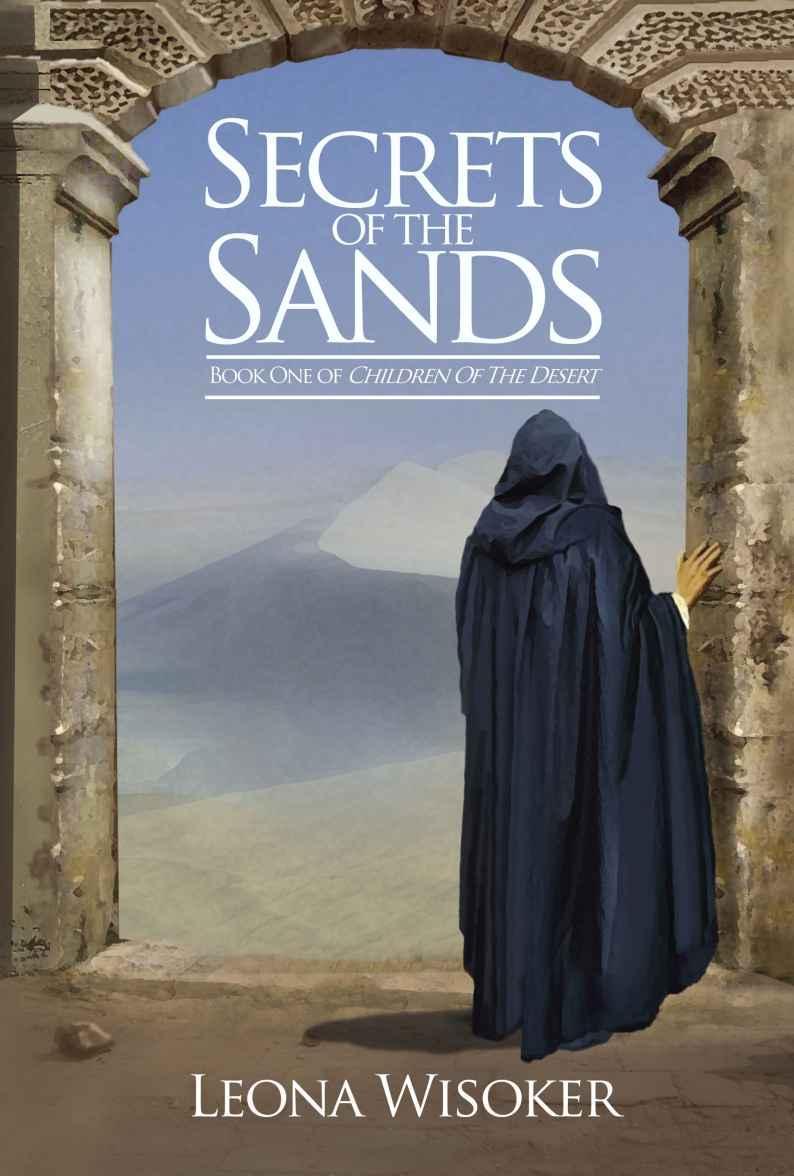 PRAISE FOR
Secrets of the Sands

“...a lushly visual and highly detailed world of desert tribes, a language of beads, and a unique way of viewing the world.”
--
Library Journal

“Secrets of the Sands, the first novel of Leona Wisoker, is a truly amazing accomplishment. Restrained yet tense, compelling, intricate and imaginative, it contains so much of the everything lacking in most modern fantasy one can find oneself moved to tears when the pages finally run out. If all first novels were this good, no television would ever be turned on again.”

“Leona Wisoker is a gifted storyteller and in Secrets of the Sands she has succeeded in crafting a refreshingly unpredictable tale set in a stunningly rich and detailed world.”

“With a flair for evoking exotic locales and an eye for detail, Leona Wisoker has crafted a first novel peopled by characters who are more than they first seem. From the orphaned street-thief who possesses an uncanny ability to read situations and people, to the impetuous noblewoman thrust into a world of political intrigue, Wisoker weaves a colourful tapestry of desert tribes, honour, revenge, and an ancient, supernatural race.”

Secrets of the Sands
by
Leona Wisoker

All rights reserved. No part of this book may be used or reproduced in any manner whatsoever without written permission, except in the case of brief quotations embodied in critical articles and reviews. For information address Mercury Retrograde Press.

This is a work of fiction. Any similarity to real persons, living or dead, is coincidental and not intended by the author.

I have so many people to thank; so many who believed in me when I didn't know how to believe in myself. Parents, grandparents, siblings, husband, stepdaughters, in-laws, and friends all served a vital role in the process; I am even grateful to many people who are no longer in my life, as they were, for good or ill, a critical part of moving me further along the path to where I am now. I suspect the full gratitude list would stretch for ten single-spaced pages, far more than I have room for here.

A few specific names rise to the extreme top of this long list, however: my mother, who showed me how to fight for myself and patiently put me back together over and over when I fell off the wall, scattering bits of yolk everywhere; my husband Earl, without whose unwavering emotional support, and willingness to cook dinner on occasion, I never would have completed this book, much less dared to try for a publishing contract; my cousin Rhoda, who remains an enduring source of dance, laughter, joy, and strength in my life; every single one of the beautiful folks at Green Man Review, who nudged my writing up several notches simply by allowing me into their company of merry jesters, wise men, and scholars; John Adcox, who unwittingly, with his seemingly limitless creativity and energy, kept my competitive spirit fired up during difficult moments; Patrick, whose deeply rooted strength and unwavering belief in me is a most precious bulwark in my life; Todd, without whose help I would still be smoking two packs a day, and who also showed me the way to a truce with my shadow-self; James Franchese, a high school English teacher I've unfortunately lost track of, for encouraging me to write, delivering much-needed reality checks, and pestering me about overdue homework assignments; Alan and Georgia, who were gracious enough to open their home and their hearts to me during a very chaotic period in my life; artist Ari Warner, whose hard work on the maps has brought a rough vision to vibrant life; my agent, Judith Bruni, who took a chance and opened the door for me; and my very own Blue Fairy, Barbara Friend Ish, who worked even greater magic than turning a wooden doll into a real boy: she turned a trembling newbie into a real author and a fuzzy fledgling of a novel into a soaring golden eagle.

This book is dedicated to my grandmother, Martha Pfleger, who always urged me to write down my wild stories. This one's for you, Omama; I wish I could put this book in your hands and see your smile again.

Secrets of the Sands
Chapter One

Hee-ay, hee-ay
: the cry of the water-seller in the broad and the narrow places;
shass-shass-shass
, the warning signal to clear a road for noble blood, be it one or many together.
Iiii, iii-sass, iii-sass
, the wailing of a merchant who protested his certain ruin—with overtones of castration— should he lower the price any further. To Idisio's sensitive ears, the cacophony wove a melodic pattern that steered him, unerringly, to the best possible target.

At the height of his madness, the previous king had issued a decree forbidding residents of Bright Bay to speak anything but the common northern tongue. Two months later he had died of less-than-natural causes. Whether that absurd law had been the final wring on a mad aspjacau's tail would never be known; rumor said the new ruler, now six months on the throne, still worked day and night to untangle the mess left behind by his predecessor.

Idisio listened for more than words, in whatever language, as he worked his way through the cobbled, paved, and sand-gravel streets of Bright Bay. The most important sounds of the city had nothing to do with speech. The clink of a full purse at the side of a foolishly confident merchant meant meals for the next few nights. The solid crunch of guard boots nearby meant
seek cover
: although the worst had quickly been culled under the new regime, changes in permitted behavior were slow to filter to the street level. But hisses and whistles were more important than any of those. They served as coded warnings from the other thieves scattered throughout the city.

A strident whistle from a rooftop lookout could save Idisio's life: while no true organization of thieves existed in Bright Bay, no one thief could ever hope to keep track of all the powerful people who moved through this sprawling city. The open warning, given by those who knew to those who didn't, was a traditional obligation that only the most foolish newcomers to the trade ignored.

Idisio had grown up on these streets and survived the madness that had temporarily given Bright Bay the nickname “Blood Bay.” Those thiefcalls had saved his life many times, and he'd passed on as many warnings; but many thieves, along with nobles, commoners, and priests, had fallen during the last weeks of Mad Ninnic's reign. While the worst of the madness had passed, the streets would never be safe for Idisio unless he found a more respectable—and legal—trade.