Read A Bid For Love Online

A Bid For Love 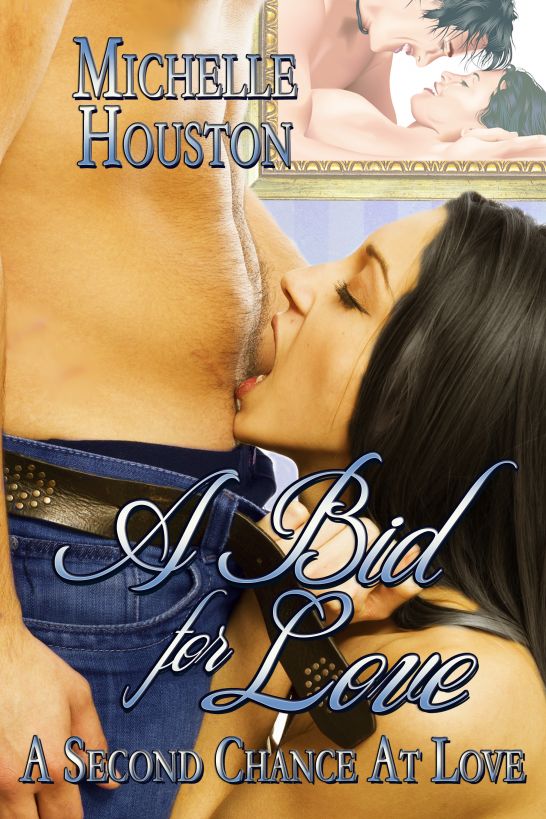 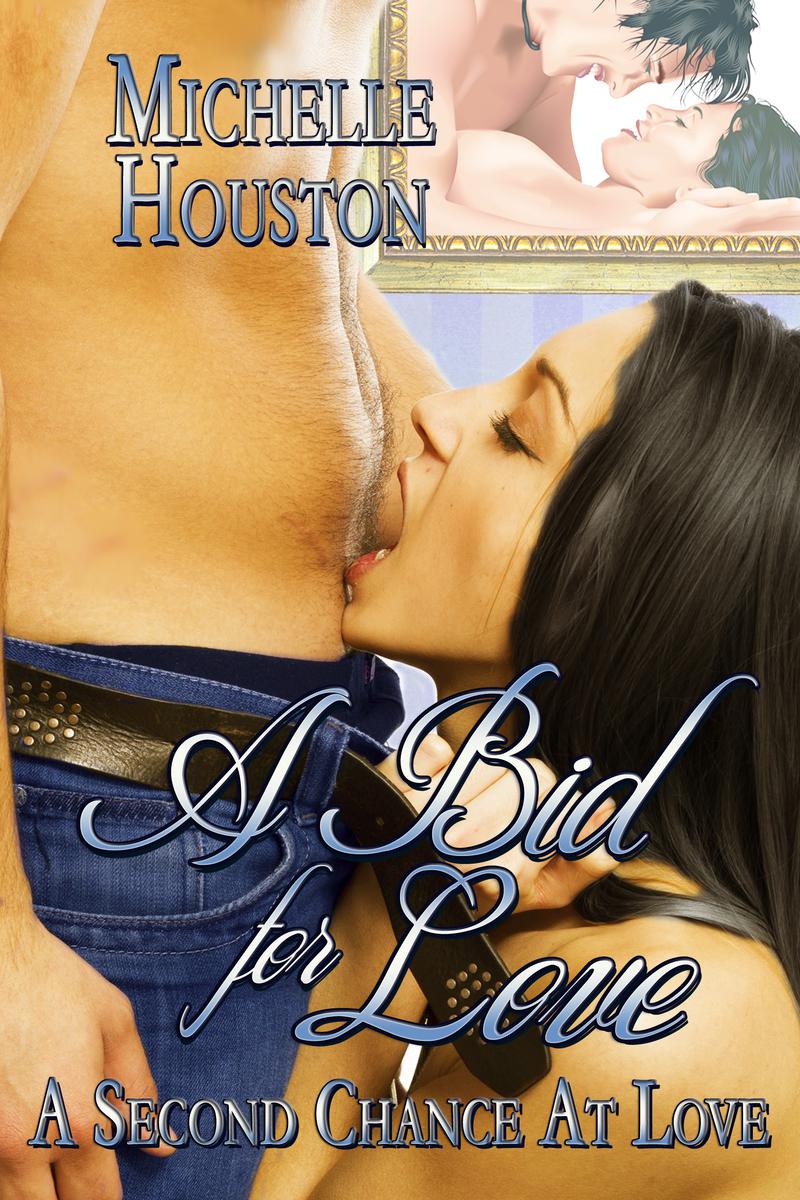 A BID FOR LOVE 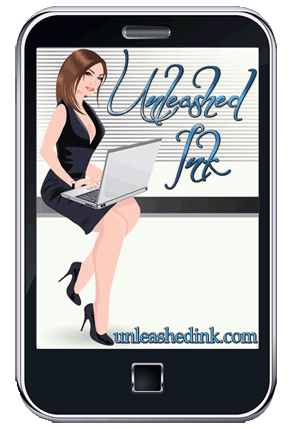 Published by Unleashed Ink via Smashwords

All rights reserved under the International
and Pan-American Copyright Conventions. Warning: the unauthorized
reproduction or distribution of this copyrighted work is
illegal.

No part of this book may be reproduced or
transmitted in any form or by any means, electronic or mechanical,
including photocopying, recording, or by any information storage
and retrieval system, without permission in writing from the
author. This ebook is licensed for your personal enjoyment only.
This ebook may not be re-sold or given away to other people. If you
would like to share this book with another person, please purchase
an additional copy for each person. If you're reading this book and
did not purchase it, or it was not purchased for your use only,
then please visit www.unleashedink.com and purchase your own copy
or contact [email protected] Thank you for respecting the
hard work of this author.

This is a work of fiction. Names, places,
characters and incidents are either the product of the author's
imagination or are used fictitiously, and any resemblance to any
actual persons, living or dead, organizations, events or locales is
entirely coincidental.

A BID FOR LOVE

Erika couldn't take her eyes off the
painting. The imagery was intoxicating. The way the shadows folded
over the couple entwined in the bed, the leaves along the edge of
the window that hinted at a forbidden tryst. The way the vines
crept over the glass in strategic places kept it from being tawdry
and gave it a dreamy quality.

She had been trying for almost two years to
track down all of her grandmother's work, and finally she was about
to bid on the last piece—what was probably the best work she had
ever done. Her uncle, may he rot in Hell, had sold off the family
legacy to pay his gambling debts. She and her mother had been doing
all they could to find the paintings and purchase them. Some had
slipped through their fingers, held in a private collection, but a
few months ago they had come back into the market with the owner's
death.

This last painting, created for a former
lover of her grandmother's almost fifty years before, was being
sold at auction by his estate. She had been hesitant to approach
the aging gentleman about purchasing the painting, since it was one
of the few that had been given, not sold away. All the others given
away had been returned to her grandmother or her family upon the
owner's death, save this one.

It was frustrating waiting on the bidding for
the last piece to be auctioned off before her grandmother's
painting was up on the block. Although most of the works being sold
weren't by a well known artist, the quality of them was evident.
Finally, the auctioneer banged his gavel and issued the final
declaration "Sold!"

Flicking her gaze around the room, she tried
to gauge who was interested in the next painting when the sight of
a familiar gray suit caught her attention. Looking up the owner's
body, her gaze met laughing blue eyes, lips curled in a mocking
smile. Ryan Carstairs.

"This next painting is by Virginia Gleeson, a
local artist, somewhat renowned as being an eccentric lady. She was
married young, widowed after only three years, and chose to remain
alone, while raising her two young children. She loved life, which
is evident in the vibrancy of her works. She also had a passionate
nature, which is captured by her subject material. Almost all of
her later works are of couples forever locked in each other's
embrace."

Erika knew the material of her grandmother's
paintings quite well; she owned one of the very last paintings
she'd completed. Her grandmother had surprised her with it on her
birthday. Unfortunately, she was no longer with the man in it, and
it only served to bring back bad memories of a time she would
rather forget.

But she held on to it, and it held a place of
honor on her wall, with a black sheet carefully draped over it. She
hoped one day to be able to look at it without feeling her heart
breaking for what had been.

Erika waited a moment to see how the bidding
would progress. She didn't want to jump in too early and start a
bidding war with anyone, but after five bids, when the price
reached seven-fifty Ryan jumped in, bumping it to a thousand.

Heart heavy, she looked at him and raised her
paddle as the auctioneer asked if anyone would go eleven hundred.
At that point the last holdout dropped out, and Erika waited,
hoping Ryan would just let it go. There was no way he didn't know
he was bidding on her grandmother's painting; he had helped her
track down a few of the missing works. She suspected that was
precisely why he was there, because of her grandmother's
painting.

She recalled how quickly love had turned into
something else, removing all affection and leaving only painful
memories. Once they had been so in love they couldn't stand to be
apart for more than a few hours. Now, he was raising his paddle
with a derisive twist to his lips and a nod in her direction.

Meeting the challenge in his gaze, she raised
the bid again.

As the price climbed, Erika felt her nerves
stretch tight. Ryan had always had that effect on her, but not
normally so unpleasantly. Anticipation of his return home from work
would always leave her with damp palms, her breath coming just a
little bit quicker. It was accentuated often by what she was
wearing as she waited on him. Normally it was simple lingerie, or a
leather bustier. But sometimes he would ask her to lie on the bed
wearing a mask, her body completely nude, her limbs resting in the
valley of padded cuffs, waiting for him to close them around her
wrists and ankles.

Those were the days she longed for the most,
the innocent seduction of submitting to his dominating ways, of
feeling him stroke her body with a soft whip before the whistle of
it sung through the air, and the crack of it landed against her
tender skin.

It had been perfect.

When her grandmother had gifted her with the
painting of the two of them laying together on a white canvas, no
sheets or other decorations to detract from the passion of their
embrace, she hadn't had the heart to let the aging woman know a key
item was missing, specifically a collar around her neck.

Shaking her head at herself, Erika returned
her gaze to the auctioneer as she countered Ryan's latest bid,
taking the cost to eighteen-fifty. Knowing she could only go a few
hundred higher tortured her. She was so close, but as the bids
continued, and the price jumped to twenty-one hundred, she had to
admit defeat. The auctioneer asked for twenty-two hundred, asked
again, then looked at her and asked for twenty-one fifty. Raising
her paddle, Erika accepted the bid, then held her breath as the bid
was asked again for twenty-two hundred.

Erika tuned out the auctioneer as he started
in about the details of the next artwork. Gathering her purse and
folder, she stood and walked to the back of the room. A warm hand
wrapped around her elbow and jerked her to a halt.

She wanted to scream at
him for buying her grandmother's painting, but the memory of how
much she used to love him held her silent.

Bitterness swirled around her as she pulled
away from him and opened the doors.

"If you want a chance at that painting,
you'll hear me out."

Erika almost didn't stop, but knowing how
heart broken her mother would be if she ever found out there was a
last chance to get the painting back, forced her to stop. Her
mother had taken the loss of her own mother just a few months
earlier very hard. It had renewed her determination that they find
and acquire all of her paintings.

"Meet me in the hallway in five minutes."

Nodding her head without looking back, Erika
stepped into the opening between the heavy oak doors and allowed
them to swing closed behind her. Pressing a palm against her chest,
she could feel her heart racing. She managed to drop into one of
the antique chairs that lined the hallway, her mind whirling with
thoughts about what Ryan could want.

Devastatingly handsome, born into a wealthy
family, Ryan still had a down-to-earth quality about him. Part of
that was thanks to his father's determination that his son not grow
up thinking the world owed him anything. Ryan had once confessed,
their bodies still glistening with sweat and the juices of their
shared passion, that he owed his old man for that. He appreciated
everything he had.

Unfortunately, a few months later, Erika knew
it had all been a lie. He hadn't appreciated her. Clenching her
fingers, she could still feel the coldness wash over her body as
she had held the newspaper article announcing Ryan's upcoming
marriage to a socialite friend of the family. He had always laughed
off their appearing together in public as her being a friend of the
family.

He'd shrug and respond, "Her family and mine
have been close friends for generations." Swearing she had nothing
to worry about, he would inevitably seduce her into not thinking
about anything anymore, except him.

But that day everything had changed. He had
come to his house to find her packing. Anger had flared in his eyes
as he watched her throwing her clothing into a pile in her
suitcase. "You're not even going to give me a chance to
explain?"

Erika closed her eyes as she remembered the
pain that had threaded through her at his hurt tone. She was the
one who had been injured, lied to, betrayed, strung along with
pretty words and declarations of love, until she had bought into
the fantasy that maybe they could have a life together. Unable to
deal with the emotions overwhelming her, she had choked on her
answer and settled for shaking her head as she slammed the lid
closed.

As she forced the zipper to slide around the
bulging case, his hands had grabbed her arms and spun her around.
Before she could gain her balance he had gripped her forearms and
pulled her against him, his lips smacking down on hers in a kiss
unlike any he had ever pressed against her. He was like a man
possessed as he demanded entrance into her mouth. Licking her lips,
she had the phantom sensation that she could still taste her tears
melded with the taste of his lips.

Return from the Stars by Stanislaw Lem
Once Upon Stilettos (Enchanted Inc #2) by Shanna Swendson
What Darkness Brings by C. S. Harris
Serendipity by Carly Phillips
White Lightning by Lyle Brandt
The Dagger and the Cross by Judith Tarr
Behind the Scenes by Carr, Mari
Donâ€™t Forget to Remember Me by Kahlen Aymes
Jungle Of Steel And Stone by George C. Chesbro
Sasha & Andriena #1 (Lovers & Sinners) by Marita A. Hansen
Our partner