Read A Chalice of Wind Online

A Chalice of Wind 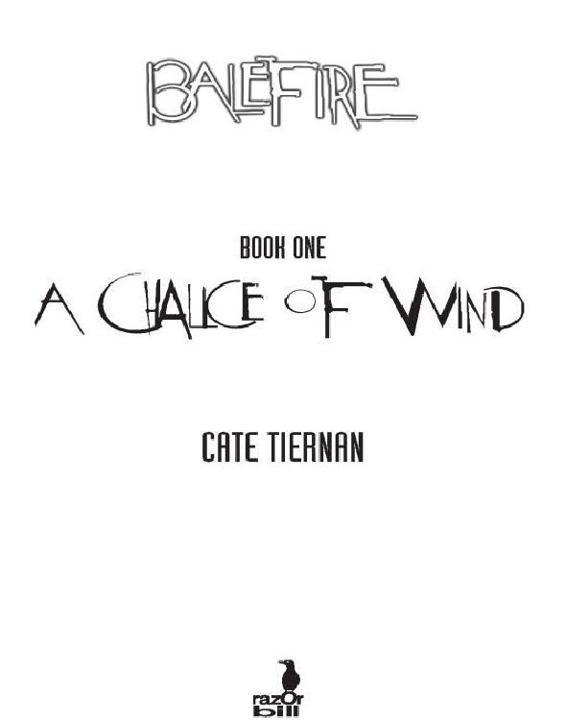 Table of Contents
Title Page
Copyright Page
Dedication
Clio
Thais
Connected by Fate
Clio
Thais
So Much Has Changed
Clio
Thais
Time Is Running Out
Thais
I Have Sinned
Clio
Thais
Clio
Thais
Clio
Life at the Golden Blossom
Thais
Clio
Thais
Clio
Thais
We Have a Full Treize
Salvation Being Snatched Away
Clio
A Messy Business
Thais
Clio
Thais
Clio
Thais
Clio
Thais
Clio
Thais
Epilogue
A shocking discovery . . .
Slowly I turned, finally face-to-face with the mysterious—
Me.
I blinked, and for one second I almost put up a hand to see if someone had slipped a mirror in front of me. My eyes widened, and identical green eyes widened simultaneously. My mouth opened a tiny bit, and a mouth shaped like mine but with slightly darker lip gloss also opened. I stepped back automatically and quickly scanned this other me, this Clio.
Our hair was different—hers was longer, I guessed, since it was in a messy knot on the back of her head. Mine was feathered in layers above my shoulders. She was wearing a white tank top and pink-and-red surfer shorts that laced up the front. She had a silver belly ring. We had the same long legs, the same arms. She had a slightly darker tan. We were the same height and looked like we were the same weight, or almost. And here was the really, really unbelievable part:
We had the exact same strawberry birthmark, shaped like a crushed flower. Only hers was on her left cheekbone, and mine was on the right. We were
identical,
two copies of the same person, peeled apart at some point to make mirror images of each other.
Even though my brain was screaming in confusion, one coherent thought surfaced: there was only one possible explanation.
Clio was my twin sister.
By Cate Tiernan
BALEFIRE
Book One:
A Chalice of Wind
Book Two:
A Circle of Ashes
Book Three:
A Feather of Stone
Book Four:
A Necklace of Water
SWEEP
Book One:
Book of Shadows
Book Two:
The Coven
Book Three:
Blood Witch
Book Four:
Dark Magick
Book Five:
Awakening
Book Six:
Spellbound
Book Seven:
The Calling
Book Eight:
Changeling
Book Nine:
Strife
Book Ten:
Seeker
Book Eleven:
Origins
Book Twelve:
Eclipse
Book Thirteen:
Reckoning
Book Fourteen:
Full Circle
Super Edition:
Night’s Child

To Barry Varela, King of the Back Story and
Plotman Extraordinaire. Thanks for everything.
Prologue
W
hen the shades were down, you had to open the train compartment door to see who was inside. The last four minutes had taught us this as my friends Alison and Lynne and I raced through the train cars, looking for our trip supervisor.
“Not this one!” Alison said, checking out one compartment.
“Do you think it was something she ate?” Alison asked. “I mean, poor Anne. Yuck.”
We were only on day three of our junior-year trip to Europe—having done Belgium in a whirlwind, we were speeding through Germany and would end up in France in another four days. But if Anne was really sick, she would be flown home. Maybe it was just something she ate. Our supervisor, Ms. Polems, could decide.
“Thais, get that one!” Lynne called, pointing as she looked through a compartment window.
I cupped my hands around my eyes like a scuba mask and pressed them against the glass. Just as quickly I pulled away as four junior-class pinhead jocks started catcalling and whistling.
“Oh, I’m so sure,” I muttered in revulsion.
“Oops!
Entschuld—entschuh—
” Alison began in another doorway.
“Entschuldigung!”
Lynne sang, pulling Alison back into the corridor.
I grinned at them. Despite Anne being sick, so far we were having a blast on this trip.
I seized the handle of the next compartment and yanked. Four tourists were inside—no Ms. Polems. “Oh, sorry,” I said, pulling back. Two of the men stared at me, and I groaned inwardly. I’d already dealt with some over-friendly natives, and I didn’t need more now.
“Clio?” one of the men said in a smooth, educated voice.
Yeah, right. Nice try. “Nope, sorry,” I said briskly, and slid the door shut. “Not here,” I told Alison.
Three doors up ahead, Lynne swung out into the corridor. “Found her!” she called, and I relaxed against the swaying train window, miles of stunning mountainy German landscape flashing by. Ms. Polems and Lynne hurried by me, and I slowly followed them, hoping Pats and Jess had tried to clean up our compartment a little.
Jules gazed silently at the compartment door that had just clicked loudly into place. That face . . .
He turned and looked at his companion, a friend he had known for more years than he cared to count. Daedalus looked as shocked as Jules felt.
“Surely that was Clio,” Daedalus said, speaking softly so their seatmates wouldn’t hear. He ran an elegant, long-fingered hand through hair graying at the temples, though still thick despite his age. “Wasn’t Clio her name? Or was it . . . Clémence?”
“Clémence was the mother,” Jules murmured. “The one who died. When was the last time you saw the child?”
Daedalus held his chin, thinking. Both men looked up as a small knot of students, led by an official-looking older woman, bobbed down the rocking corridor. He saw her again—that face—and then she was gone. “Maybe four years ago?” he guessed. “She was thirteen, and Petra was initiating her. I saw her only from a distance.”
“But of course, they’re unmistakable, that line,” Jules said in an undertone. “They always have been.”
“Yes.” Daedalus frowned: confronted with an impossibility, his brain spun with thoughts. “She had to be the child, yet she wasn’t,” he said at last. “She really wasn’t—there was nothing about her—”
“Nothing in her eyes,” Jules broke in, agreeing.
“Unmistakably the child, yet not the child.” Daedalus cataloged facts on his fingers. “Clearly not an older child, nor a younger.”
“No,” Jules said grimly.
The conclusion occurred to them at the same instant. Daedalus’s mouth actually dropped open, and Jules put his hand over his heart. “Oh my God,” he whispered. “Twins. Two of them!
Two!
”
He hadn’t see Daedalus smile like that in . . . he didn’t know how long.

Clio
T
his was so effing
frustrating
. If I clenched my jaws any tighter, my face would snap.