Read A Christmas Worth Billions (Countdown to Christmas Book 4) Online

A Christmas Worth Billions (Countdown to Christmas Book 4) 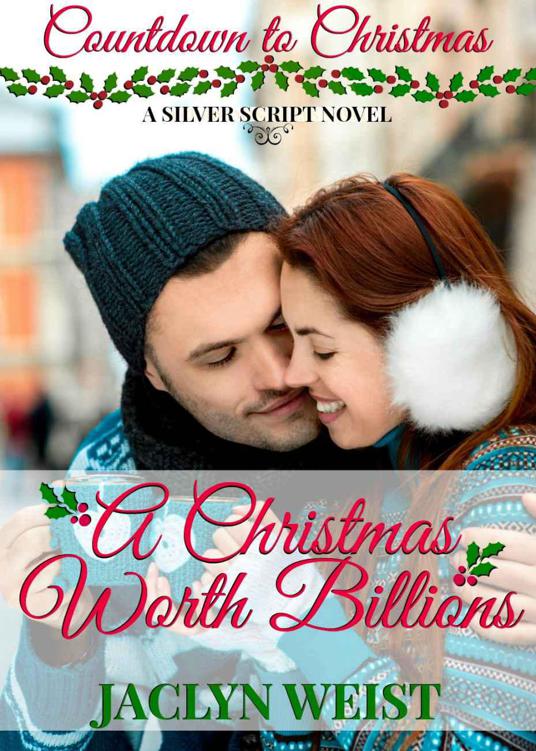 A Christmas Worth Billions

This is a work of fiction, and the views expressed herein are the sole responsibility of the author. Likewise, characters, places, and incidents are either the product of the author’s imagination or are represented fictitiously, and any resemblance to actual persons living or dead, or actual events or locales, is entirely coincidental.

All rights reserved. No part of this book may be reproduced or transmitted in any form by any means whatsoever without written permission from the author, except in the case of brief quotations embodied in critical articles and reviews. 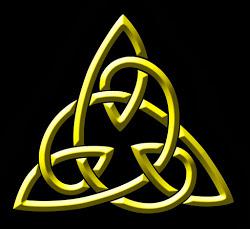 A Christmas Worth Billions

Christmas has always been my favorite time of year (although Halloween is a very close second), and I especially love the stories and the movies that come along with the season. You’ll find me watching sappy Christmas romances any time of the year, and I’m always excited when Netflix puts up their new shows.

This is the first time I actually tried a synopsis for the story beforehand, and I’m so thankful I did. It was my second attempt at writing romance, and this was a story I wanted to get just right.

Thank you to my mom for continuing to be my biggest cheerleader. It means the world to me!

My family is my rock, and they’ve been so good to let me write when I need to get the story out of me. Thank you.

And most of all, thank you to my readers. You’re the best!

It was the Christmas season again, and David wanted to forget the whole thing. It reminded him of how much his wife loved everything about the holiday. This would be his first Christmas without her, and it nearly crushed him.

The alarm woke him that morning with a jolly Christmas song, and he fumbled for the clock to shut it off. He rolled over and rubbed his face before climbing out of bed. It had been another night full of bad dreams, and he wanted to wipe them out of his mind before heading off to work for the day.

David pulled on his sweats, scarf, and running shoes and went out for a jog. The cold air always cleared his head, even if his lungs were burning by the time he was done. He passed the old church and waved at the pastor as he continued on the trail. Moving away from the city had been good for him. Close enough to work, but far enough away that he could make a new life for himself.

The diner was busy as he passed by, and he waved at his neighbors. They always invited him for dinner, but he’d managed to escape so far. It wasn’t that he didn’t want to get to know them. He was just hesitant to make new friends in case they asked questions.

When David returned home, he turned on the kettle, and headed to his bathroom for a hot, steamy shower. The water helped thaw him out and finished wiping away the cobwebs of the night before.

The light blinked on his answering machine, so he pushed the button and listened while he poured himself some hot chocolate.

“Hey, David. It’s Peter. The shareholders are getting antsy. I sure hope you’re planning to come in today for the meeting.”

David shook his head and walked back into his bedroom. He’d forgotten about the meeting, but the threat of losing the company he’d worked so hard to build was enough to get him out of the house and back to the office, a place he’d rarely gone in the last several months.

He changed into his suit and straightened his tie. He could do this. The phone rang again, and David let it go to the answering machine.

“Hey, David. I haven’t seen you at church for a few weeks. I was hoping to meet with you tonight. Have a great day.”

It had actually been a few months, but David figured he wouldn’t correct Reverend Smith. At least that meant he had plans that night. He sent a text back on his cell phone and finished off his hot chocolate.

David grabbed his briefcase and headed toward his old Chevy pickup. It took a few tries to get it started up because of the bitter cold. He should have just taken his Mercedes, but it was too conspicuous in this small town. Once the truck was warmed up enough, he pulled out of the driveway and onto the street. He’d chosen the truck because it was the make and model he’d wanted in high school.

The trip into the city was slow because of the ice on the ground, but David found himself looking forward to being at work again. He’d heard about some of the changes Peter had made, and he was anxious to see them in action.

An hour later, David
pulled
into the parking garage. He chuckled at the look on the security guard’s face when he
drove
up.

“This was by choice. See you later.” David pulled forward and parked in his spot. He paused for a moment before grabbing his briefcase and headed upstairs to his office. His heart beat rapidly as he rode the elevator up to the fifteenth floor. He wasn't sure how people would react after he'd been gone for so long. And if any of them brought up his wife ... he didn't think he could handle it.

His employees greeted him with surprise as he walked past them to his desk. The spacious office welcomed him back. He’d spent countless nights here in meetings and on phone calls ever since he’d taken over the company, so many nights that he should have spent with his wife.

There was a knock at the door, and Peter poked his head in. “Oh, there you are. I was worried I’d have to tell the shareholders you were gone. Again.”

“Sorry. It was icy out there, or I would have been here sooner.” David leaned back in his chair and played with a pen from his desk. “Is everyone here?”

“I’ll have you do the talking.” David stood and straightened his suit coat. He probably hadn’t needed to wear it, but his dad had taught him to always look his best. It was an old habit.

The look of relief on Peter’s face was almost comical. “Great. I’ll turn things over to you once I’m done.”

Peter opened the door farther so David could leave the room. “It’s good to have you back, David. We’ve needed you.”

David didn’t say anything as he followed Peter toward the conference room. It irked him not to be in control, but he had to admit, it made sense. He’d been gone too long. He was stopped a few times on the way to answer questions or just so people could say hello.

The conference room was full when they walked in. David took a seat near the front, and Peter continued standing. Murmurs went through the room before quieting down.

“Welcome to our shareholders. Let’s get started now.” Peter turned to the PowerPoint.

The meeting had taken the entire morning, but it seemed that everyone was happy as they left.

“You did great, Peter. I can see I left my company in good hands.” David walked out of the conference room with Peter following behind.

“Thank you. I must say I’m glad you’re here. I can go back to my old job of keeping the press away.” Peter stopped to sign for a package and then hurried to catch up.

David laughed. “If you insist. I’m sure I could find you a corner office somewhere, if you’d prefer. You deserve it.”

Peter stopped, his jaw dropped. “What?”

“Unless you like that tiny office next to mine. Seriously, you’ve earned it.” David walked into his office and flipped through the charts on his desk. “We have an empty office, right?”

Peter leaned against the wall. “You used them all up before you left, remember? You got the new account and gave them all promotions.”

“Oh. Right. Sorry.” David sat down and pulled out his laptop. “What if we rented out the floor below us? We could send them downstairs so you could take their office.”

Peter laughed. “It’s taken. I’m fine where I am. Anyway, I’m off to lunch. Are you coming?”

“No, I think I’ll stay here. I want to look at the numbers from the meeting. Bring me something back?”

“Of course.” Peter left, and David picked up the folder Peter had left on his desk.

The numbers that had been quoted were much higher than David had expected. Clearly, they hadn’t missed him much, no matter how many times they said otherwise. He had a few things he wanted to change, but otherwise, he was thrilled. Peter was definitely in need of a raise after everything he’d done in David’s absence.

By the time Peter got back from lunch, David had approved raises for several of his top employees, and a bonus for Peter as well. It just had to be sent through HR, and he’d announce it the week before Christmas at their annual party. A party he’d told himself he would skip—until now.

Peter set a bag of Chinese food on David’s desk. “Here’s your lunch. I’d stay and chat, but I have a few things that need to get done.”

“That’s fine. I have a few things to do as well.” David pulled out the contents of the bag and arranged them on the desk.

“All right. And David? I’m glad you’re back. Sorry for everything that happened.” Peter walked to the door, oblivious to the pain that hit David in the stomach.

It was later than David would have liked when he finally left the office. He shivered as he made his way out to his truck. The brisk winter weather had only gotten colder while he’d been working.

The pickup groaned as it started it up, and lurched as he backed out of the spot. There were few cars still in the garage, like David had hoped. The fewer people he had to run into, the better. He couldn’t handle even the slightest chance of someone bringing up his wife. It wasn’t that Peter had meant to hurt him, but it was still raw.

Forbidden by Lauren Smith
Room 702 by Benjamin, Ann
Breaking All My Rules by Trice Hickman
Sacrificial Ground by Thomas H. Cook
Death Will Help You Leave Him by Zelvin, Elizabeth
Cry of the Wind by Sue Harrison
Seeking Love in Salvation by Dixie Lynn Dwyer
Honeysuckle Love by S. Walden
Girl on a Plane by Miriam Moss
Bending Over Backwards by Samantha Hunter
Our partner