A Commitment to Love, Book 3 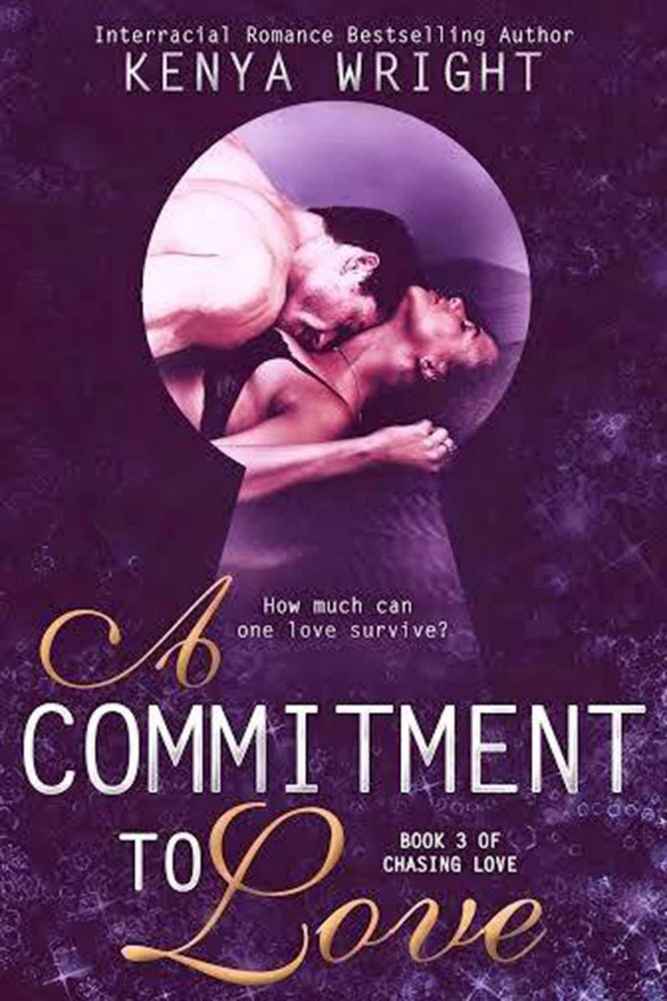 This book is a work of fiction. Any resemblance to actual events, locales or persons, living or dead, is completely coincidental.

A Commitment to Love

I
n
Oshane City, the masquerade ball began with no problems.

Tonight would be an event of the senses. Celebrity chefs composed mouthwatering dishes that Jasmine had approved. Broadway set designers arranged the decor and turned the luxury hotel’s ballroom into an exotic, underground world of sex and mystery. Ropes of red light hung from the high ceilings while yards of sheer fabric draped the walls.

Bare-breasted women strolled the space in strips of satin that tied around their bottoms and hid their other secrets. Gossamer silk cloaked their entire faces. With smooth elegance, they balanced trays on their heads and served drinks.

And now the time had arrived to present Jasmine.

Dressed in a tuxedo, I donned a mask. It was themed with the Beatles “Yellow Submarine” album cover. Psychedelic blues, yellows, and reds painted the whole disguise that only covered my forehead, nose, and cheeks. Stacks of silver musical notes outlined the border like huge peacock feathers.

John Lennon himself might have ordered a second mask.

I tapped my side pocket over and over as I waited in front of the orchestra, which was placed at the center of the ballroom. Jasmine would be entering from the far back of the space, so that she could walk by all of the guests …in horror.

Sorry, Jasmine. But everyone needs to understand who you are to me.

Tonight, the world would know that she was mine. Respect would be required. If not given, then taken with a swift vengeance that I held only for enemies. Those that knew me reasonably well, figured that Jasmine would be the first live-in girlfriend of many more. They’d watched me in awe as I lived with my old girlfriends for years.

Dawn, Wendy, and Lucy had strolled by my side from city to small beach town, elegant engagements to private dinners. Some compared me to Hugh Hefner and his bunnies.

That was all behind me now.

I’ll show her and everyone else. Tonight is a start. This will let the women know that I’m unavailable.

The ring would show Jasmine, Gabe, and her family.

Everything else would fall into place … after I give her the ring. There would still be the matter of Benny, but I won’t think of that now.

Dad refused to come. He understood what it meant for me to tell the world about my love, and he didn’t approve of Jasmine. He’d called her gutter trash, and I’d hung up, breaking my phone several seconds later.

Initially, Jasmine had wanted a simple welcome or small meet and greet with my friends. She hoped for something like a short news article about our relationship, or even a tiny afternoon tea with a casual group. Regardless, she begged me to do a quick hello and then escape back into her private universe.

I wanted a goddamn ceremony—horns blaring and tons of news cameras, high-end dishes, and sparkling decor. We’d fought for days on this.

And I’d won with my tongue between her shivering thighs. I was the victor, and I had it all on video. My personal camera recorded, while I consumed Jasmine. The top half of her body hung over the bed, defeated. I was the champion while she groaned out yes over and over, and then begged for my mouth some more.

But back to the masquerade …

The music lowered in the ballroom. The doors opened far ahead of me, but I couldn’t make her out.

“Rise!” the master of ceremonies beckoned all to stand and come to the border of the dance floor.

He was an androgynous man, wearing a mask done in tiny crimson roses. Those flowers swarmed all over his face, seeming to move each time he turned or pranced around. A massive shadowy cape hid his body and dragged on the floor as he strolled.

The guests sashayed forward. Curiosity thickened in the air. Elegant masks covered Willow Park’s high-society faces. Peacock feathers outlined the tops of their heads. Others had half-masks made from an assortment of material. Most covered only the wearers’ eyes, foreheads, and noses. Everything from gems to shards of crystals glimmered from their disguises.

“Welcome your queen!” The master of ceremonies clapped. “Jasmine Montgomery.”

I held in a chuckle as I imagined the look on Jasmine’s face when she heard the word queen.

She’s probably going to kill me for having him say ‘your queen,’ but it was worth it.

Even the musicians quietly held their instruments close to their bodies.

Jasmine entered the immaculate ballroom, looking like what I called her in Italian. Tesoro. Treasure. Two nude men flanked her as she walked, holding her hands. Silver masks shielded the guys’ faces.

My tesoro. She’s really all I’ll ever need.

Like the men, she wore her own disguise—a mass of tiny, black, and coiled lines started at her forehead, rounded both eyes, and covered only one side of her face with diamond-spotted feathers.

Dressed in black lace, Jasmine glided toward me. A strapless gown formed around every curve and trailed behind her in a wave of elegance.

I’d ordered the fabric from a designer boutique in Paris—Chantilly lace with hand-embroidered calla flowers that revealed my tesoro’s bare flesh among the swirled pattern. Luxury wrapped around those thick hips and cupped her full breasts. Tiny gems glimmered up her bare fingers, hands, and arms, tons of gems that were done in a henna tattoo pattern.

She was all mine!

She was a goddess draped in darkness.

I wanted to fuck her right there in the center of the ballroom,

ignore the hundreds of people around us,

yank that lace away,

and slide into that luscious warmth.

That was how she made me think.

Vile and raw with no chaser, just the hard-hitting thrill of flesh against the mind-numbing rhythm of pleasure.

No,
I’ll take you later. I have other ways to have fun this evening.

I put my hand in my pocket and grabbed the tiny remote control
inside. Oh how I loved my games with my tesoro.

Tonight, hours before this moment and before my staff helped Jasmine get dressed, I gave her a gift. A special toy.

“What’s this?” She’d closed her robe tight as if that could stop me from taking her right there in our bedroom. “Get dressed.”

I grinned. “Open my present.”

“The party starts in an hour and a half.”

“The masquerade ball doesn’t start until
I
walk into the building.”

Rolling those hazel eyes, she hit her forehead and nodded. “That’s right. I forgot that you are a god.”

“One shouldn’t ever forget that.” I took her into my arms and devoured those lips. Sighing between moans, she tried to pull away.

“Sit down, tesoro,” I whispered.

She stepped back and sat in the cushioned chair behind her. “What is it?”