Read A Coven of Vampires Online

A Coven of Vampires 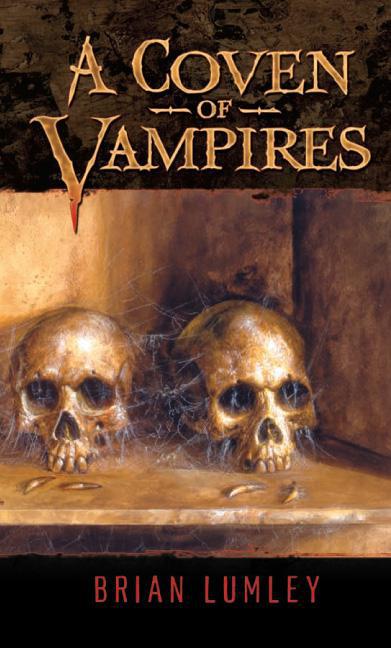 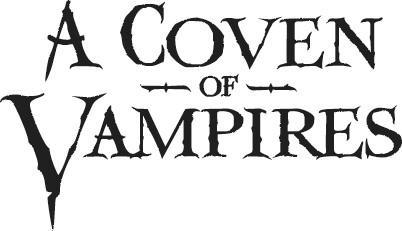 A Coven of Vampires
Copyright © 1998 by Brian Lumley.

“The Thing from the Blasted Heath”
The Caller of the Black
, Arkham House, 1971

“Haggopian”
The Magazine of Fantasy and Science Fiction
, June 1973.

A COVEN OF VAMPIRES

B
RIAN
L
UMLEY
is the internationally bestselling author of the
Necroscope
and
Vampire World
series. Both of these epics have gained a huge and loyal following and have demonstrated a breadth of imagination and scope to rival the greats: Poe, Lovecraft and King. A career British Army Military Policeman for over twenty years, he has been a fulltime writer since the army and lives in Torquay, South Devon.

Brian has been awarded the title of “Grandmaster of Horror” by the 1998 World Horror Convention. Previous winners of this accolade include Clive Barker, Stephen King and Peter Straub. 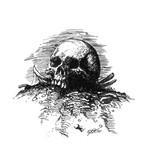 Kiss of the Lamia

The Thing from the Blasted Heath

Zack Phalanx
is
Vlad the Impaler!

The House of the Temple

I've been hooked (or should that be impaled?) on vampires ever since I was a kid. But don’t ask me to be exact, because when I was a kid was a long time ago. It was probably those old books my father used to keep on a high shelf he knew I couldn’t reach…without the aid of stepladders.

The stepladders would come out whenever Mom and Dad would make one of those rare excursions out into the world, maybe to the Picturehouse or the Ritz or the Empress, to see the latest big picture—the latest “movie”, to you American cousins. It would be something with Betty Grable, maybe, or Dick Haymes.

But ah, those books! Do you remember all those big, heavy, black-bound books?
Fifty Great Mysteries! Fifty Great Tales of Terror and the Imagination!
Fifty This and Fifty That. Perhaps those weren’t the precise titles—it’s hard to remember now—but I’ll never forget the weight and the looks, and the
smell
, of those books; they were musty even then. The black bat embossed into the binding cloth; the claw-like hand drawing back the curtains, and the sinister figure
beyond
the curtains. And the interior illustrations. The
horrid
interior illustrations! The naked black girl wrapped in a carnivorous tree’s tendrils, being hoisted to her doom like a cocooned fly. That one stuck in my boy’s mind for a long time; it’s still there, in fact, just as fresh (and as monstrous) as ever.

All those books, and some of them must have contained vampire stories, I’m sure….

I had a library ticket when I was eight, and I think I was maybe halfway through Bram Stoker’s
Dracula
before “they” even noticed. But that was okay…
Dracula
was a classic after all. Then my big brother, Harry—just about to be drafted for National Service—started to read it, and he asked the Old Folks: “Do you really think he should be reading this? Won’t it give him nightmares?” Thanks a bunch, big brother! After that I had to read it chapter by chapter in the library.

Before I was sixteen, I was out of school and had a job as an apprentice machinist. That meant a bus ride into town every workday, and there was a newsagent opposite where I got off the bus. It must have been the early to mid-50s, and one morning I saw this garish magazine cover glaring at me through the window of the shop.
Weird Tales,
And the “s” looked like it was about to fall off the end of the title.

Those British edition
WT
were—
wow!—
a whole shilling each in those days. That was good money. In pristine condition they’d easily fetch two hundred times that amount now.
That
is really good money! But just looking at the cover of that first of many issues (
my
first issue, anyway) was like seeing one of those ancient mariner maps with the legend “Here be Monsters”, stamped over un charted waters. And in
WT
’s terms, “Here be Vampires”, too! Oh, yes, those magazines were definitely my blood group. And I used to suck ’em bone dry.

1958. The year I was drafted. And
that
was a horror story in its own right…well, until I got to like it. And I liked it so much I signed on for twenty-two years. But that’s not the only reason I remember ’58. Not a bit of it, for it’s also the year they released
Dracula
on film again—only this time with Christopher Lee as the bloodthirsty Count. Now tell me, isn’t that scene where he strides past the castle’s battlements with his cloak belling behind him just one of your favourites? It’s one of mine, be sure!

But whoa—I’ve missed something! And a very important something at that. Do you remember EC? No, of course you don’t, ’cos you were a little kid then and your big brother would probably have told on you.
Tales From the Crypt
,
and
The Vault of Horror
,
and…God, there was a whole gaggle of them! Not only EC but other publishers, too.
Frankenstein
,
Black Magic
—man, I
remember
those titles! And they were called “comics”…?

You know, I’m frequently accused of using too many exclamation marks. But honestly, how could I write this without them? I
need
exclamation marks to make my point. Which is that EC was Vampire Wonderland to me. Was there ever an issue without a vampire story? Well, maybe, but I can’t remember one. (Or maybe I just don’t want to.)

Even worse, I can’t remember where or when I first read Richard Matheson’s
I
Am Legend
,
but I do know I’ve read it half a dozen times since. It probably delayed my attempts to write my own vampire novels by, oh, twenty years…because it was that damned good! But that wasn’t a bad thing (in a couple of decades I’d learned a lot, not only about authorship but about the world). And if I was going to do it at all, I knew it would have to be widescreen.

And eventually I did do it, let all of that stuff I’d once soaked up so avidly leak back out of me, and even occasionally splatter. The
Necroscope
novels and
Vampire World Trilogy
are the end results.

Between times, though, I had worked up to it in a host of shorter stories that explored the vampire myth and came at it from many diverse angles, some of them so far removed from the original that even I didn’t realize what I was really writing until the stories were finished.

A host of them? Well, a coven of them, in fact. Thirteen tales that dance widdershins around the central concept, and occasionally rock ’n’ roll with it, too. Stories that are more or less traditional, some less so, and others straight out of Lovecraft’s Cthulhu Mythos.

So there you go. I “blame” this collection on EC Comics,
Weird Tales
,
Christopher Lee, Richard Matheson,
et
al
, whose stories in this subgenre really bit me. To all of them and to others long forgotten I offer my thanks. They all have a stake in this collection….

Gabriel's Heart [The Men of Treasure Cove 5] (Siren Publishing Ménage Everlasting) by Rebecca Joyce
The Demure Debutante - a Regency Novella by Caylen McQueen
The Moon Rises by Angela Horn
Atlantis Redeemed by Alyssa Day
Equal of the Sun by Anita Amirrezvani
The Flight of the Iguana by David Quammen
Naked by Kelly Favor
Fire Bound by Sherrilyn Kenyon
I Was a Revolutionary by Andrew Malan Milward
The Exiled Blade: Act Three of the Assassini by Jon Courtenay Grimwood
Our partner