Read A Day in the Life of a Smiling Woman Online 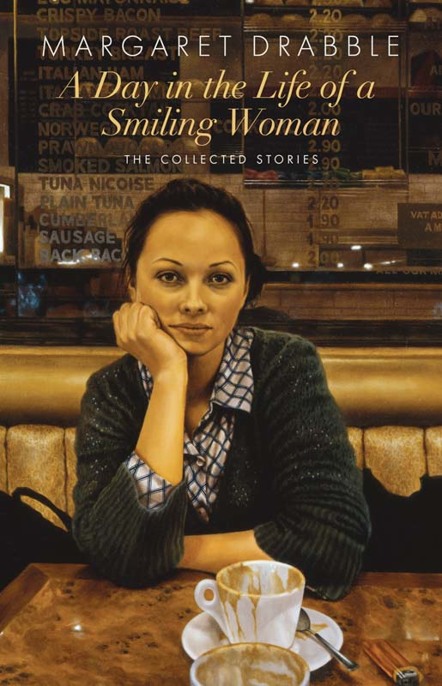 Edited and with an Introduction by

Without limiting the rights under copyright reserved above, no part of this publication may be reproduced, stored in or introduced into a retrieval system, or transmitted, in any form or by any means (electronic, mechanical, photocopying, recording or otherwise), without the prior written permission of both the copyright owner and the above publisher of this book

Note on the Texts

8   A Day in the Life of a Smiling Woman

11   The Dower House at Kellynch: A Somerset Romance

When Margaret Drabble’s short story ‘The Caves of God’ was published in Nicholas Royle’s
Neonlit: Time Out Book of New Writing
, Volume 2 (1999), Michael Moorcock, in his introduction, termed her contribution ‘a rarity’. The sense of having found an anomaly was reinforced by the editor’s comments in the foreword: they were just as excited, Royle wrote, about publishing some promising writers’ first short stories ‘as we are about featuring a rare excursion into the short form by Margaret Drabble’.

The truth of the matter, however, is that, before ‘The Caves of God’, Drabble had published a dozen stories in a number of journals, magazines and anthologies. Moorcock and Royle’s comments are mentioned here merely to demonstrate the general lack of awareness surrounding the author’s short fiction, despite her having written such small gems as ‘Hassan’s Tower’ and ‘The Gifts of War’, which have been reprinted and anthologized several times. These two and her other pieces are fine examples of well-made stories: neatly constructed, carefully contextualized, focused, unified in tone, elegantly climactic, and at times tinged with the seriousness of a moral dilemma. At the same time they are so very
English
; they encapsulate values and ideas that, for better or for worse, have been associated with England, or with a kind of England Drabble admires: restraint, moderation, common sense, intolerance
of snobbishness (which was the main topic in Drabble’s first published short text, the sketch ‘Les Liaisons Dangereuses’, 1964), wit and seriousness.

Perhaps it was the Englishness of her stories that impelled a lecturer at an English university in the mid-eighties to distribute ‘The Gifts of War’ to a group of foreign students, myself included, who were engaged in an informally arranged exchange programme in those pioneering days before the extension of the celebrated Erasmus scheme. What did we see in that story? What did we learn from that exposure to Englishness? The silent dignity of Kevin’s working-class mother, for example, watching her son going to school along the narrow back alleys of terraced houses; the self-deceit of Frances Janet Ashton Hall, ready to move to a southern university, accosting distressed passers-by, trying to convince them on the banning of all armaments; the mazy introspection of female conscience that Drabble developed in novels such as
The Waterfall
(1969), a reasoning, self-assured, if slightly severe narrative voice, which would in time step out of the printed page and address the reader directly, reaching high levels of intimacy in
A Natural Curiosity
(1989) with such well-known remarks as ‘What do
you
think will happen to her?’

None of the stories in this collection are autobiographical in the strictest sense, although many are based on Drabble’s own experiences, on places she has been to and people she has met. Some of her friends are taken as characters, like the lichenologist in ‘Stepping Westward’, while the coastal village in Somerset where she keeps a house appears in one of the stories. Drabble did visit the island of Elba when she was seventeen, while studying Italian in Perugia, and she took material from that experience to write ‘A Pyrrhic Victory’. She certainly made a journey to Morocco with her husband in the mid-sixties, crossing the length of Spain by car to reach their
destination, and this provided details for the story ‘Hassan’s Tower’. Drabble was pregnant with her second son at the time, and this may account for the willingness on the part of the protagonist to consider the common bonds of humanity at the end of the story. In these and other journeys Drabble surely took precise notes on the English abroad, a persistent topic in the early stories. The English are shown to be an interesting subject of study, afflicted with a mixture of fear and admiration, halfway between neurosis caused by the threat of foreigners and fascination with new experiences. ‘What you would like,’ says newly wed Chloe to her groom, Kenneth, in Marrakesh, ‘is a country without any people in it. With just places. And hotels.’ Kenneth and Chloe, the protagonists of ‘Hassan’s Tower’, are too polite to ask if the food that has been offered them along with their drinks is for free, and yet at the same time they feel outraged in case the price turns out to be exorbitant.

In these early stories there is a longing for an exotic life – as with Helen in ‘A Voyage to Cythera’, who ‘could get excited by the prospect of any journey longer than thirty miles’ – a life of travelling on the continent and beyond, a desire to apprehend a more dazzling life elsewhere. Helen maintains the illusion that she can change just by travelling. No matter how far they go, however, the protagonists of these initial pieces cannot truly escape England. They are haunted by their English upbringing in a time of drabness. Their handling of space outside their homes is problematic: that is why they compare their new surroundings with their homeland as the only way to appropriate the foreign landscape. In ‘A Pyrrhic Victory’ Anne remembers childhood excursions to the beaches on the Yorkshire coast while contemplating a sunny rock pool on the island of Elba. In ‘Hassan’s Tower’, what first comes to Kenneth’s mind when he looks at the people at the top of
the monument is the image of grandmothers on a beach in England. When he reconciles with mankind and accepts them as human beings, with their little lives of worries and joys, he sees ‘all of them, alive and separate as people on a London street’.

If the characters of the stories written in the sixties cannot escape the constraints imposed by England – either the reality or illusion of England – they also inhabit a different time-frame, where the effects of the war are still present in the geography of cities. These pieces refer to a past time, when people still kept fourpenny stamps in their wallets, used pens to write letters and boxes of matches to light cigarettes on trains.

The short stories written in the seventies, however, suggest a change of attitude. No more longing for distant places or deep states of contemplation caused by the struggles of love. Brisk, busy, highly efficient professional women enter the stage: Kathie Jones in ‘A Success Story’, Jenny Jamieson in ‘A Day in the Life of a Smiling Woman’ and the unnamed TV presenter and mother of four in ‘Homework’ are representatives of the woman who has to divide her time between her duties at home and the demands of a job, usually, in Drabble’s stories, one related to the media. There is usually a husband and children too, and the stories of this period encapsulate Drabble’s attempt to draw a picture of the modern woman trying to reconcile all the pressures put upon her and, at the same time, maintain an independent voice. The influence of Doris Lessing, whose work Drabble had discovered during the previous decade, can be clearly seen here.

In the last group of stories, from ‘The Merry Widow’ onwards, a period that roughly covers the late eighties and most of the nineties, the female protagonists, usually middle-aged, having paid their dues to society, escape the burden of
mundane obligations and retire to a corner of England, seeking peace and solitude, and gaining time for themselves, becoming more interested in the wonders of nature than in the paradoxical workings of love. They let their hair go undyed, abandon diets and happily put on weight, driving their cars themselves to places of their own choosing. A kind of circle has been completed from the solipsistic young women of the first period: forgiveness has been granted, a serene conscience has been achieved.

My contention is that Margaret Drabble’s short stories constitute an essential complement to understanding her work: not only do they establish a fruitful dialogue with her major novels, but they also contain clues that point to lesser-known aspects of her art. This makes all the more surprising the fact that a substantial part of the literary imagination of one of the most important writers of postwar Britain has not been studied in depth. With the exception of the odd article, there is no thorough study of Drabble’s short fiction. Perhaps her work as a novelist has eclipsed her production of short stories, here collected for the first time in book form. Perhaps the dispersion in time and space of her short stories, mostly published in Britain and America over a period of more than thirty years, has not allowed a proper assessment. Research on the interwoven lines, preoccupations and topics shared between her stories and novels remains a task yet to be completed. The fascination that Helen, for example, the protagonist of ‘A Voyage to Cythera’, feels for the perfect, harmonious family picture she glimpses through the window from the street corresponds with the sophisticated world that Clara experiences in the Denham household in
Jerusalem the Golden
(1967). While, in order to achieve the final version of the protagonist in
The Realms of Gold
(1975) – independent, self-confident and respected archaeologist Frances Wingate
– Drabble probably needed to gain the necessary practice drawing the profile of the main characters in ‘A Success Story’ and ‘A Day in the Life of a Smiling Woman’. In this last story, TV presenter Jenny Jamieson’s savoir-faire marks a relevant precedent for future heroines: ‘she never offended and yet never made people dull. She was intelligent and quick, she had sympathy for everyone she talked to, and all the time she looked so splendid [. . .]’