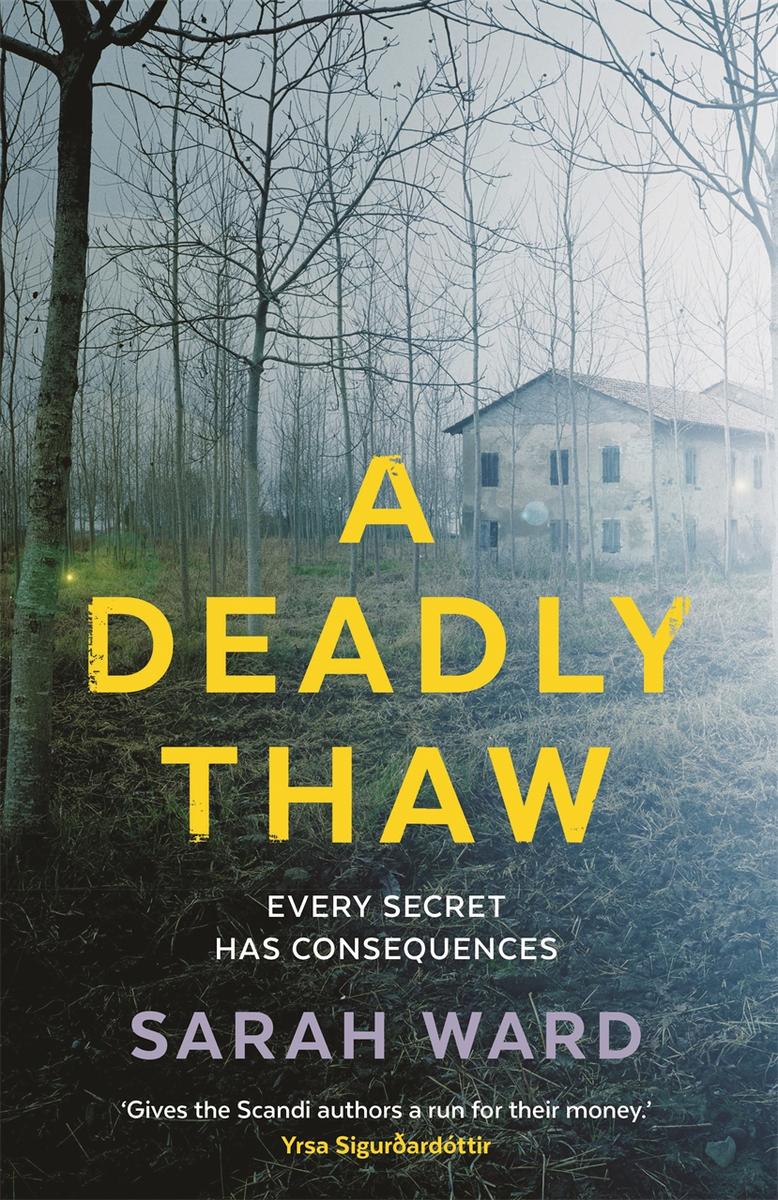 For Dad and Andy Lawrence

Lena felt his emotional withdrawal before the physical. He rolled away from her and reached for his phone. ‘You could’ve waited at least five minutes before checking that thing.’ She kept her voice light but could feel his irritation. He kept his face turned away from her, and, in the gloom, she could only see the curls of his too-long hair reflected in the meagre moonlight coming in through the window.

‘I’ve got a lot of things to do before I leave the country. Loose ends to tie up. You wouldn’t know, but it’s not easy moving anywhere. Especially overseas. I need to be on my phone twenty-four seven.’ He turned onto his back without looking at her, still clutching the mobile in his hand, and listened to his messages. The white incandescent light from the device threw a pallid glow across the blankets. She slid out of the bed and padded to the bathroom.

The cold porcelain tiles chilled her feet. Sitting on the toilet, she heard the murmur of a hushed conversation. She eyed the shower nozzle over the ancient bath and, getting up, turned it on to its full strength. The water was hot, although the spray took time to splutter into life. When the steam rose from the floor of the bath, she stepped into it and allowed the scalding water to drench her skin.

By the time she returned to the bedroom he was asleep, snoring softly on his back, his face turned into the pillow. He had placed his phone on the bedside table. She went over to it and scrolled through the calls made. A set of random digits. No names attached. She stared at the numbers for a moment and then put the phone gently back on the table and joined him in bed. He continued to snuffle in his sleep, and she turned away from him.

On the white wall opposite she followed the light of the phone, measuring with her eyes the shape thrown by the pale glow. It was distended at one end, the light merging from a sickly green into a pale red. She squinted at the image to bring it into focus and frowned. It wasn’t a trick of the eyes. The red hue suggested a source of light other than the phone she’d just examined.

In the darkness, she got up to track the origin of the other light and went softly towards the leather jacket that he’d thrown over the chair in his haste to join her in the bed. Inside the jacket, she found another phone, with a light indicating a low battery. Her fingers fumbled over the keys. After two minutes, she placed the mobile back into the jacket’s top pocket and went over to the bed. He was still on his back, his chest rising with each snore. She picked up the pillow from her side, which gave off the unfamiliar odour of her new hairspray. She placed it over his head and pushed.

Detective Inspector Francis Sadler looked down at the rigid corpse of the ashen man lying on the stone slab and swallowed the bile that had risen in his throat. The corpse had a solid muscularity that death hadn’t yet robbed it of. Sadler noted the large biceps visible through the thin cotton of the man’s grey T-shirt. It was a good place to focus his attention, because his eyes were irresistibly drawn to the bloom of red that spread out from the chest. The poppy-red stain suggested the victim hadn’t bled as much as Sadler would have expected for a gunshot wound. Death had come quickly; the pumping heart stilled in a beat. Someone with a good aim or a lucky chance.

His eyes moved upwards. It was the face of all the dead he had seen. Devoid of expression. If you could tell how someone had died by reading their faces, it was an art that Sadler had yet to master.

‘Great place for a body. A morgue. I’d have never thought of looking there.’

Sadler looked across at the pathologist, Bill Shields, who was typing something onto his tablet with one finger. Bill’s eyes met his, and he shrugged. ‘Simply stating a fact. A first for me. I still have the capacity to be surprised, you know.’

A slight noise from the doorway alerted Sadler to the fact that Detective Constable Connie Childs had arrived. She was sweating slightly, small drops of moisture scattered across her temple, which she brushed with her sleeve. She looked around the room, and Sadler could see her assessing the paint hanging in strips off the wall and the cracked stone tiles steeped in damp. Only when she had taken this in did she finally look at the man lying on the stone block.

She turned to Sadler with a glint of amusement in her eyes. He could feel his mood darkening. ‘Bill’s already made the joke, thank you Connie.’

‘I haven’t said anything.’ She shot Bill a conspiratorial look, and Sadler saw the pathologist smile into his computer. ‘Sorry I was late. I had to leave the car on the road and follow the track up here on foot. Like everyone else it seems. There are no signposts at all, you know.’

‘I’m not surprised. The only visitors here these past fifty years, I suspect, have been ghouls looking to visit a place that should be left to history. It was one of them that found the body. An
urban explorer
he called himself. He seems genuine enough though. Even has his own website.’

‘It is a morgue, isn’t it? Who would build something like this in the middle of nowhere? What’s the name of this place again?’

‘Hale’s End Mortuary. It must be coming up for its centenary. It was built during the First World War to help process the casualties that were being shipped back from France. It’s got an interesting history.’ Sadler felt another urge to leave the dank building.

Connie had perked up. ‘The First World War! Why would the casualties end up in Derbyshire?’ She sounded curious. Really they should have been looking at the body behind them, but Sadler welcomed the distraction. He looked at the green algae-covered floor as a beetle scurried in front of him, seeking refuge in the deeper darkness of the room’s recesses. ‘You need to read up on your history. There were over thirty-eight million casualties in that war. They ended up where there was room, including here in Derbyshire. There were three hospitals at one time in Buxton looking after the injured. They requisitioned buildings for the war effort and converted them into temporary hospitals.’

‘But this looks permanent.’

Sadler could feel the bile rising again. ‘A lot of the injuries were severe. People more often than not died from their wounds. So you needed a mortuary. They built this place to prepare the bodies to be sent to wherever for burial.’

Connie was looking at him now, her focus shifting from the room onto him. ‘You know a lot about it, if you don’t mind me saying.’

Sadler did mind. The place had been a regular haunt when he’d been a bored teenager looking for an evening’s recreation. He could remember breaking into the building a couple of times with his friends. They would scale the ageing wire fence and, with torches in their hands, scare themselves by larking around in the chilled building.

Once, he remembered, he had lain on one of the two cold trays and pretended to be dead. His friend, Michael, had made a more convincing corpse with his hands pressed primly together. Sadler could remember his heart thudding in his chest and the cold finger of fear on him. To Connie, he simply said, ‘It’s well known locally.’

‘First time in a long while it’s seen a dead body, though,’ said Connie.

Bill Shields put his tablet into a supermarket carrier bag and tied a knot in the top. ‘I’m done. I’m not doing the PM here, as much as I’d like to for historic purposes. You know, to see what it used to be like.’ He must have seen Sadler’s face because he winked at Connie and walked out.

Sadler looked after him and wished that he could follow him into the clear air.

Connie was leaning over the body. ‘We should be able to get a positive ID, though. He looks like a recent one. Did Bill give you an estimate of the time of death?’

‘Within twenty-four hours, he thinks. That would go with your more prosaic way of guessing these things.’

Connie looked downcast, and Sadler felt a sharp pang of regret. Wasn’t it a good thing that one of his colleagues wanted to make her own conclusions based on the evidence before her?

Sadler shook his head. ‘No. But there’s no need. I know who he is.’

She swung around with a look of shock on her face. ‘You know him? Why didn’t you say so when I came in?’

Sadler looked at the ground. ‘His name’s Andrew Fisher. Same age as me. Same school, even.’

Connie moved away from the body and joined him. ‘Did you know him well?’

‘Not very. I saw him around Bampton occasionally. I didn’t even know him well enough to say hello. Maybe a vague nod of recognition. That was it.’ Sadler could feel her eyes on him.

‘If you don’t mind me saying, you look a bit shocked for someone you didn’t know well.’

He turned to her. ‘Shocked? Yes, you could say that. Andrew was murdered in 2004. Asphyxiation.’

‘His wife was convicted of his murder. She served a long stretch in prison. Less than the statutory fifteen years minimum, I heard. She was a model prisoner and pleaded guilty. She’s now out on parole.’

‘You’re kidding. This guy’s not been dead for twelve years. Unless he was kept in a freezer.’

Sadler, irritated, wanted to smoke one of the cigarettes he had given up twenty years earlier. ‘I’m not suggesting he was kept in a freezer. The body was positively identified in 2004 and a funeral was held. I’d only recently joined CID. I remember the case well because, as I said, I knew Andrew.’

‘And this person has turned up dead in Hale’s End morgue.’

She was baiting him. He recognised it and could do nothing to quell the irritation. ‘We clearly identified the wrong person.’

Sadler turned to look at the body of his childhood contemporary. ‘Possible or not, over there I’m pretty sure is the body of Andrew Fisher. Who was supposedly killed in 2004.’

‘And who identified the body? I mean, we’re looking at a miscarriage of justice here if his wife served time for his murder. Who gave the positive ID?’

Sadler let the weariness wash over him. ‘His wife, Lena.’