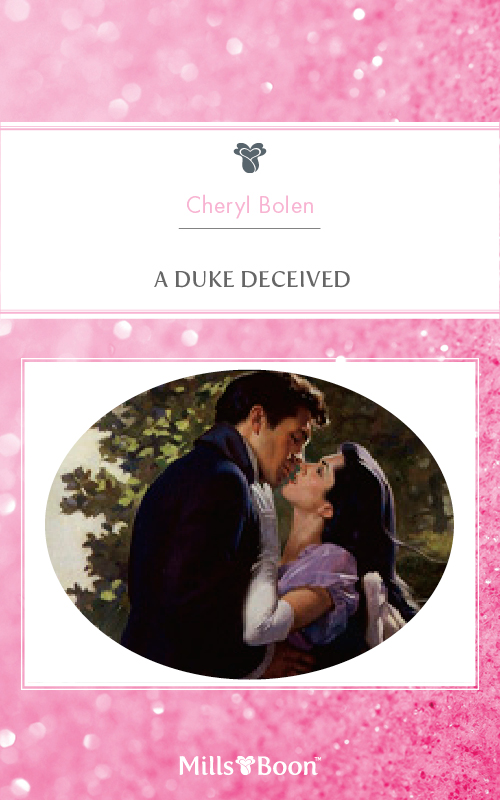 Was Beauty To Be Her Burden?

The unexpected and overwhelming proposal of marriage by Richard Moncrief, the Duke of Radcliff, was a dream come true to dowry less Bonny Barbara Allan and her worst nightmare. For her reticent husband spoke endlessly of her beauty, yet never of his love. And her clandestine visits to help her cousin weren't easing matters at all.

His obsession with the fair Bonny Barbara Allan was ruining the duke of Radcliff's heretofore orderly life. But how could he trust his new bride and vow his undying love when she was secretly meeting another man?

Bonny
wanted
to become his wife
Letter to Reader
Title Page
About the Author
Dedication
Chapter One
Chapter Two
Chapter Three
Chapter Four
Chapter Five
Chapter Six
Chapter Seven
Chapter Eight
Chapter Nine
Chapter Ten
Chapter Eleven
Chapter Twelve
Chapter Thirteen
Chapter Fourteen
Chapter Fifteen
Chapter Sixteen
Chapter Seventeen
Chapter Eighteen
Chapter Nineteen
Chapter Twenty
Chapter Twenty-One
Chapter Twenty-Two
Chapter Twenty-Three
Chapter Twenty-Four
Chapter Twenty-Five
Chapter Twenty-Six
Chapter Twenty-Seven
Chapter Twenty-Eight
Chapter Twenty-Nine
Copyright
Bonny
wanted
to become his wife
If she could but marry the duke and love him to completion, surely she could earn his love. She tossed back her head, causing her hood to fall, and smiled up into his face. “Do you think we could wed before Mama dies?”
Radcliff cupped her face in his hands.
She felt the scrutiny of his all-knowing eyes, and for the first time, she sensed a passion beneath his pensive countenance. He lowered his head, crushing his lips to hers.
Bonny felt bereft when he pulled away. She had never been kissed before, and she was surprised at the power of one kiss. And now she knew the desire for something more than a kiss. Something more intimate.
“I think a hasty wedding is an excellent idea,” he said flatly. “Else I should ravage you here on the moors.”
Dear Reader,
March is the time of spring, of growth, and the budding of things to come. Like these four never-before-published authors that we selected for our annual March Madness Promotion. These fresh new voices in historical romance are bound to be tomorrow’s stars!
Among this year’s choices for the month is
The Maiden and the Warrior
by Jacqueline Navin, a heartrending medieval tale about a fierce warrior who is saved from the demons that haunt him when he marries the widow of the man who sold him into slavery. Goodness also prevails in
Gabriel’s Hart
by Madeline George. In this flirty Western, an ex-sheriff uses a feisty socialize to exact revenge, but ends up falling in love with her first!
Last Chance Bride
by Jillian Hart is a touching portrayal of a lonely spinster-turned-mail-order-bride who shows an embittered widower the true meaning of love on the rugged Montana frontier. And don’t miss A
Duke Deceived
by Cheryl Bolen, a Regency story about a handsome duke whose hasty marriage to a penniless noblewoman is tested by her secret deeds.
Whatever your tastes in reading, you’ll be sure to find a romantic journey back to the past between the covers of a Harlequin Historical.
Sincerely,
Tracy Farrell, Senior Editor
Please address questions and book requests to:
Silhouette Reader Service
U.S.: 3010 Walden Ave., P.O. Box 1325, Buffalo, NY 14269
Canadian: P.O Box 609, Fort Erie, Ont L2A 5X3
A DUKE DECEIVED
CHERYL BOLEN

9:41 by Iannuzzi, John Nicholas;
Waltz Into Darkness by Cornell Woolrich
Forbidden (The Gabriel Lennox Series Book 1) by M.L. Desir
Inevitable: Shifters Forever Worlds (Only After Dark Book 5) by Elle Thorne
She's the One by Kay Stockham
The Nimrod Flipout: Stories by Etgar Keret
Carolyn G. Hart_Henrie O_04 by Death in Paradise
The Playboy by Carly Phillips
Lone Star 01 by Ellis, Wesley
All Fudged Up (A Candy-Coated Mystery) by CoCo, Nancy
Our partner