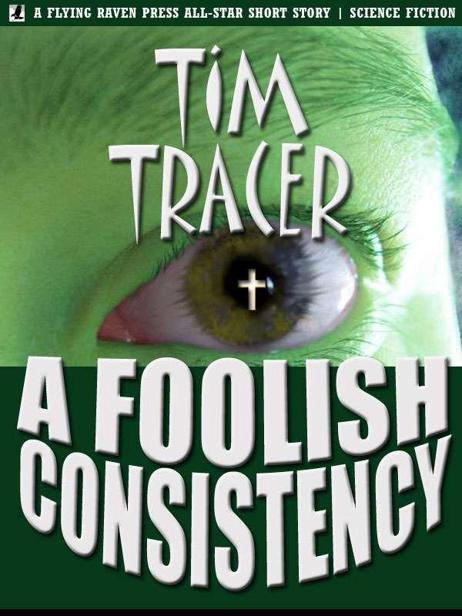 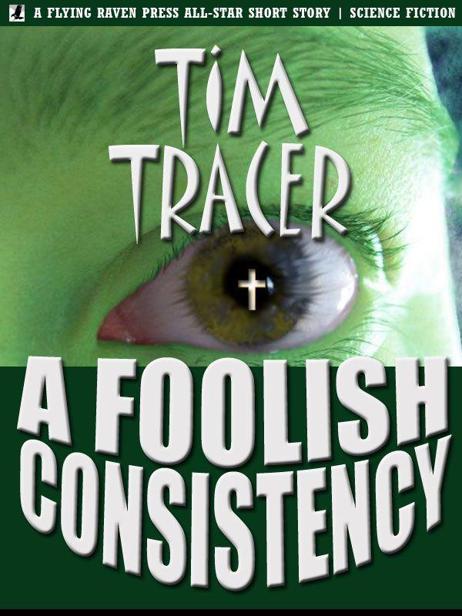 All rights reserved, including the right of reproduction, in whole or in part in any form. This book is a work of fiction. Names, characters, places and incidents either are products of the author’s imagination or are used fictitiously. Any resemblance to actual events or locales or persons, living or dead, is entirely coincidental.

For more about Flying Raven Press, please visit our web site at
http://www.flyingravenpress.com
.

Reverend Harry Lochsteed had just managed to unclasp his secretary’s tricky, double-latching silk brassiere when he felt a curious tingling sensation in his legs.  He was no stranger to curious feelings — he often told his worldwide viewers on his hit weekly television sermon,
God’s Servant Speaks
,
about the sensitivity he had to all things spiritual — but this was a new one.  He was losing all feeling below.  This could definitely pose a problem with his amorous secretary, a busty brunette laid out like a Thanksgiving turkey on his desk, eyes pasty, face expressionless like so many of his loyal congregation.  Worse, the feeling was spreading up his body.

“Something wrong, Reverend?” the woman said.  “They’re not fake, if that’s what you’re thinking.  I mean, I did have one simple operation, but it was . . .”

While her lips continued to move, Harry couldn’t hear a word she was saying.  The room went dark.  His whole body was now tingling.  He felt warm then cold, as if he was passing through a current of hot air.  Blue stars flashed in front of his eyes, and then his senses came back to him.  He could hear and see.

And what he saw nearly made him wet his pleated pants.

On the other side of a sheet of transparent glass was a spindly, chocolate-brown creature with three legs and no arms, wearing what resembled a Hawaiian straw skirt.  It looked like a broomstick with legs.  Its head was shaped like a football, adorned with a single yellow eye.  Harry opened his sound to scream, but before he could the creature let out a squeaky gasp.  The eye blinked rapidly, then the creature stepped up to the glass.  When it lifted its head back, Harry saw that it had a small, triangular mouth.

"I am very sorry, zalzan," it said.  When it spoke, it sounded and looked like a cat coughing up a hair ball, jerking its head back and forth, splattering spittle on the glass.  “Very sorry for my reaction,” it continued.  “I have only seen a few of your kind up close, and I forgot how hideous was your appearance.”

His tripple-bipassed heart thundering away, Harry took in his surroundings.  He was evidently in the middle of some kind of glass bubble.  When he touched the glass with his hands, it was firm and unyielding.  A stream of cool air was blowing up his pants from a vent in the floor.  Surrounding the glass bubble was a cramped room filled with blinking electronic displays and monitors showing various television channels.  His latest show, taped last Sunday, could be seen on one of them.

"You are on my faceship, of course."

Harry started to hyperventilate.  He reached for his inhaler, then remembered he had left it in his desk.

The creature stepped over to one of the consoles, and, reaching up with one of its legs, tapped a button.  After a few moments, Harry could breathe easier.

"Why do you keep calling me that?"

The eye blinked rapidly.  "Well, because that's what you are.  You are zalzan.  Oh, well, of course you don't know what that means, being zalzan.  It is our word for beings who are not yet worthy of contact."

"Are you going to kill me?"

"Not.  Of course not.  That's what I meant to say.  Although I think I have a fairly good understanding of your language, I sometimes say the wrong word.  My English, it is not always so good."

"Well, you try learning thirty six languages and see how well
you
do," the creature said indignantly.  "I think I speak well considering I had only one leer to learn."

"You mean, one
year
to learn?"

"If you're not going to kill me, are you going to perform weird sexual experiments on me?"

"No.  Your sex is far too boring for us.  It would only be useful for sedating prisoners."

"Oh."  Harry couldn't help but feel disappointed.  Although he hadn't believed in aliens up to this point, the weird sexual experiments they were rumored to perform had always piqued his interest.  "Well, I've got to do my show in less than twenty minutes.  What is it you want?  Are you here seeking your salvation?"

"No, I am here on—what can I call it?—a critical appraisal.  Although my name is unpronounceable for you, I have selected the name Roger.  It is my job to determine whether your kind is ready to move from being zalzan to oxyzan.  Worthy to contact."

"Call me Roger, please.  I enjoy hearing the name.  It sounds a lot like our word for flower.  You have been chosen to represent your feces."

"You have been chosen because you are the most despicable human my superiors could find."

"You see, we only communicate with species who have developed some consistency in their belief structure.  We do not tolerate inconsistent thinking, especially of the moral kind.  Your species has been most perplexing.  You often say one thing and do another.  Take your religions, for example.  While we are atheists, we tolerate religions in ozyzan as long as they are consistent.  They must believe in one religion and adhere to it accordingly.  But your kind not only has an apparently endless number of religions, but you seldom behave in accordance with the particular religious pimples."

"I still don't see how I fit into this."

"I have reached the third phase of my appraisal.  The first phase is silent reconnoitering.  I watch and evaluate from a distance, then transmit my report.  Some species are approved just based on this phase.  If not, I move to the second phase—abduction.  I capture and more closely study the thinking of a random sample, returning them with their memories erased when I'm finished.  I report these findings, and if still my superiors are not satisfied, I move to the third and final phase."

"Rehabilitation.  My superiors select one individual, one who is the purest example of inconsistency we can find—in this case, yourself—and see if he is capable of developing consistent thinking."

Harry bristled.  "I don't know why you've selected  me—"

"Does your religion not have the Ten Commandments which all followers are required to obey?  We have found that you break most of these rules on a regular basis."

"What?" Harry exclaimed.  "You're mistaken!  While I'm far from perfect, I set the highest example for my followers as possible."

Roger scurried over to a console, tapped a few buttons, and an image of Harry appeared on the screen.  It was from less than an hour before, when he was in a somewhat compromising position with his secretary.

Harry felt a warmth spread across his face.  "Oh, that."

"She is married, I believe"

"Well, yes, technically, but she has been separated from her husband for over a year."

"It is only one of your many indiscretions," Roger said.

"No!  I admit I was wrong in that case, but I am a man who is much admired, I assure you."

"It is not difficult for an inconsistent being to be idolized by other beings of equal inconsistency.  But you are a leader in your religion!  Surely you should be held to a higher standard?"

"Yes, but usually I am a man of high moral fiber."

"Really?  Must I show you other tapings?"

"We give you one month to demonstrate improvement.  If you can maintain your principles—practicing what you preach, so to speak—we will visit your species.  You will have much to learn from us, and both sides shall rejuice."

"We will leave your world and never return, marking your species as primitive and unworthy of interacting with other races.  While this may not seem that bad—things will appear to go on with your world as before, and with your memory erased, not even one of you will know the difference—you must understand that there are other races in the universe who are not so benign as us.  There are those who routinely plunder and ravage other worlds, unless we intervene.  We are a formidable protector, but we only intervene if you are declared oxyzan."

"Exactly.  You never know when one of these races may appear.  It could be centuries, or it could be weeks.  But your radio waves are reaching farther and farther into space even as we speak.  We discovered them and traced them here.  It's only a matter of time before someone else does too."

"I'll do my best," Harry said.  "At least all I have to worry about is losing your protection."

"Oh, I'm not even going to mention it, the possibility is so remote.  It's never been used before, and we've visited hundreds of populated worlds.  Listen, this is what we'll do.  After I return you, behave as well as you possibly can for the next thirty Earth days.  We will monitor your progress.  At the end of the time, I will bring you back here and let you know of my superiors' decision.  You can't tell anyone about us, or we will simply leave and never return.  Do your best, Harry.  Your world is counting on you."

Harry felt the same tingling sensation from before, creeping up his legs.  When the dizziness passed and his sight returned, Harry again stood in his office.  His secretary, who had dressed in his absence, was turned away from him, admiring his painting of the Virgin Mary.

Janice sidled up against him, suggestively brushing his thigh.  "Well, I wish you'd counsel me, my dear.  I get so incredibly lonely in your absence."

Harry grabbed her hand and pushed her away.  "Not now, my dear.  I must do my show in ten minutes."

"But that's always been enough time in the past," Janice protested.

"The past is the past, my dear.  I'm a new man now, and you're a married woman, even if it is only on paper.  Our sinful ways will have to stop."

Janice pouted.  Harry held firm.  Janice screeched and tore at her hair.  Harry ignored her.  Janice said she loved him.  Feeling his moral strength growing, Harry told her that love was for God to decide.  And while she wailed and balled, Harry remained resolute, and left her to do his show.