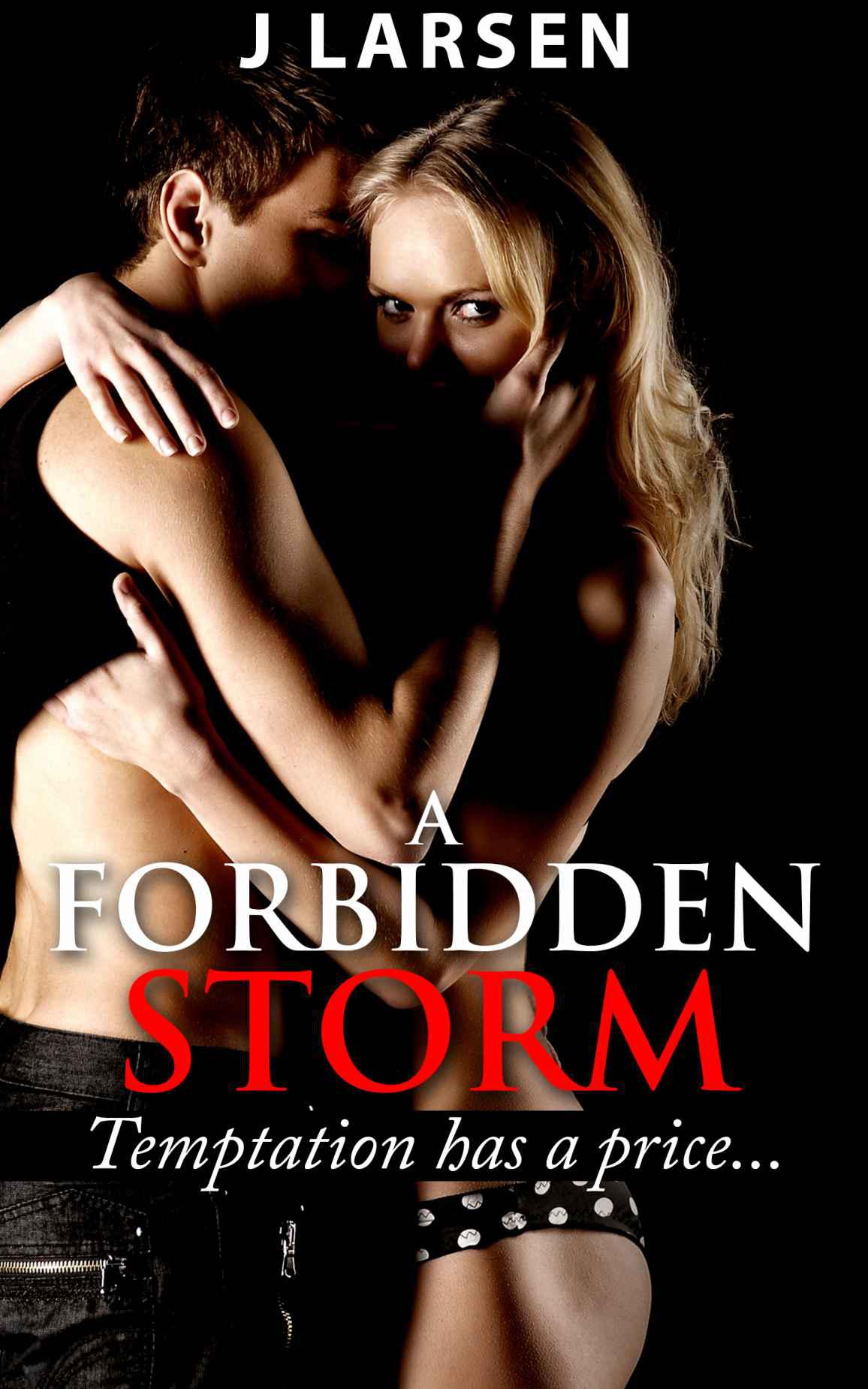 Jessica
Loftin’s
father had promised to help her move into her new house as had Jess’s two brothers, but each found a flimsy excuse.

Jessica's sister claimed that her dog had gotten very sick and could not be left alone.

Dean was likely nursing a hangover, if Jessica had to guess, and Raymond had probably spent the entire night gaming online.

She held out hope that they would show up later in the day, but the boys were anything but early risers.

Jessica suspected that they might stop by just long enough to mooch some pizza in the late afternoon.

She should have known that the promise of pizza and soda wouldn't have been enough to get them out of bed at a reasonable hour.

Thanks to Joel's new computer job, he and Jessica were moving into a place of their own.

Jessica's freshly-minted husband (of six weeks) was considerate and caring and would be a fantastic husband by any measure.

Joel wasn't, however, the first guy one would think about if one needed furniture moved.

The bookish man was anything but athletic.

Today was not his moment to shine and he looked exhausted and beaten-down by the physical labor.

Jessica counted the steps to the second floor.

It was a mental tic of hers; always counting.

Jess was comforted by numbers, it eased her stress.

Jess regretted not buying that single-floor ranch house instead.

Just how many times would she have to climb these infernal things today?

As she hauled box after never ending box, the blonde grumped to herself and occasionally to Joel.

Between the two of them they lugged the pieces of their bedroom set up the stairs to the master bedroom, all the while hoping that one of Jess’s brothers would decide to show up to help.

Jessica's body was aching and her mood turned more and more sour.

Normally Jessica was a jovial person, but even her hubby's corny jokes weren’t going to make this job any less unpleasant.

She felt stinky and sweaty and tired and annoyed.

The young blonde was pretty and shapely, but today she felt chubby and dumpy.

Joel loved her large breasts and wide hips, but
rubenesque
is not the right body-type for a furniture mover.

Jessica scolded herself for not getting in better shape.

She had lost a lot of weight since high school, but she often still though of herself as the fat girl.

Jess knew she could stand to lose more weight.

Maybe moving furniture wouldn't be a torture sent straight from the depth of hell if she were more fit.

Two hours into the task Joel and Jess sat on the kitchen floor sharing a warm bottle of Gatorade.

Jessica mentally calculated the percentage of the job that they had completed.

She had counted every piece of furniture and box, of course.

They had made thirty nine trips and there were fifty two remaining with the heaviest pieces still to come.

The daunting task would be followed by hours of arranging and setting up furniture.

The pretty two-story home was couple's first place together and Jessica had been excited about moving day for months.

She thought it would be romantic to have a place to share with her husband and she imagined christening their first night in house with an amorous encounter.

It seemed more likely that she was destined to be sore and achy for the foreseeable future.

Sex would have to wait until she could walk again.

The front door opened suddenly, and Jessica looked up with a start. "Hey neighbors, where do you want it?"

A woman Jessica had never seen before hefted one side of the
Loftin's
washing machine while a tall broad-shouldered man gripped the opposite side. After backing into the foyer, the woman smiled at the exhausted couple sitting cross-legged on the tile floor.

The woman raised her eyebrows waiting for Jessica to reply.

The look on her face seemed to say "Hey, this thing isn’t getting any lighter."

Jess struggled to her feet.

She was still surprised by the unexpected interruption, but managed to point the way to the laundry room where the couple deposited the large appliance.

Wow, thought Jessica, these two know how to make an entrance.

"Welcome to the neighborhood."

The middle-aged man grinned at the young couple in the kitchen.

The stranger looked straight at Jessica as he smiled; presumably amused by her bewildered look, but he didn't wait for an answer.

Instead he followed his wife as she headed back outside.

Jessica was at a loss for words.

That was one good-looking man!

He wore a dark t-shirt which clung to his v-shaped torso in all the right places.

Jessica guessed that the brown-haired hunk was perhaps ten years older than she was -probably in his early thirties.

His hair was cut short and his face was clean shaven but rugged.

The man's dark brown eyes were striking and he grinned knowingly when he caught Jessica staring.

He had thick forearms and a broad chest and Jessica had little doubt that he spent many hours sweating at the gym.

He has a movie star smile, thought Jessica, and her spine tingled as she watched his behind under the beat-up denim when he turned and exited the house.

Jessica cooed to herself in admiration.

She had forgotten he was sitting three feet away.

Surprised and a little-bit exhausted."

She smiled at her husband reassuringly.

Jessica tried to keep from staring as the couple re-entered the house with the dishwasher between them.

The woman was an attractive brunette was about 30-years old.

She was slim and athletic looking in her tank-top and shorts.

The new neighbor was the type of woman that Jessica had always admired and always found a little intimidating.

She had a slim body without an ounce of fat.

Although the dark-haired beauty was dressed casually, Jess got the impression of a housewife who drove a luxury car to and from the exclusive country club where a personal trainer helped keep her toned.

Jessica knew she was positively dumpy in her size 16 shorts and baggy shirt compared to this woman.

The as yet unnamed neighbors were a striking pair and Jess couldn't help but be impressed by the easy way they handled the heavy appliance.

She felt silly for having spent the last hour making such a stink about the chore of moving.

Jess glanced at Joel and they shared a look of amusement and incredulity.

The shadowy cloud had been lifted as they headed out to the truck to join their charitable new neighbors.

The arrival of the two capable helpers was an unexpected surprise -a good one.

The four of them made good progress all afternoon.

Jessica's aches seemed more manageable now that the atmosphere in the house had changed for the better.

She learned that her neighbors were the Timmons and that her initial impression wasn't all that far off.

Catherine was a successful real estate agent and Martin owned a busy gym.

The well-to-do pair was the type of couple that Jessica rarely rubbed shoulders with, but the Timmons were approachable and gracious and Jess soon was more at ease.

She really liked both Catherine and Martin.

Jess’s brothers arrived just as the last box was removed from the
U-haul
.

Everyone laughed at their sheepish grins when Jessica remarked on their timing.

Where were you when I needed you?"

Dean and Raymond wasted no time in wolfing down the first of many slices of pizza.

Jessica was initially embarrassed by her loud and crude teen brothers, but Martin Timmons seemed to think they were hilarious and he teased them about leaving all the heavy lifting to the "old men".

Jessica had little doubt that Martin could out lift anyone present as he flexed his biceps while shaming her brothers.

"You want to feel the guns, boys?

Give me six-months and I'll have you two in fighting shape."

Martin flexed and looked at Jessica's brothers as if appraising their physiques, "Make that a year.

Even I can only do so much."

Jess laughed at the joke but struggled to look away from Martin Timmons.

She could make out the contours of his chest beneath his t-shirt, the steel biceps and the veins in his forearms which moved when he gestured with his hands.

It turned out that the Timmons lived in a large house on the corner about a block away from Jess and Joel.

They promised to let the
Loftins
treat them to supper one night.

The couples exchanged phone numbers and hugs before the older pair said their goodbyes for the evening.

It was all Jessica could do to contain herself when Martin held her waist and planted a peck on her cheek.

She inhaled the scent of his sweaty body and a warm sensation radiated from where he had placed his hand on her hip.

Jessica had a strong urge to embrace Martin and to kiss the traces of sweat on his upper lip.

Get it together, Jessica.

Her cheek grew hot where his lips touched her and she began to worry that she was blushing.

Stop it, Jessica, they're going to notice.

Martin nodded at her reassuringly as if to say, "You can handle this".

Could he tell what was happening to her?

Did he know that her stomach was in knots?

Martin backed away after the kiss and Jess forced herself to gather her wits.

Her fingers absent-mindedly traced a spot just above the waist band of her shorts where Martin's hand had been.

Jessica struggled to concentrate on the banal goodbyes and pleasantries.

You're a married woman for Christ's sake, Jessica.

"What a great couple.

I'm glad they showed up," Joel said with a smile.

He seemed oblivious to the unspoken thing that had passed between Martin and Jessica.

There had been something, right?

"What a fantastic body on Catherine," laughed Dean.

"What I wouldn't do to fuck that babe.

The teen made a thrusting motion with his hips.

"Martin would kick your ass without breaking a sweat, Dean," mocked Raymond.

I'm just a pussy who spends all his time playing video games.

I've never been with a woman before.

I just wanted to see a girl naked for the first time."

Joel and Ray laughed at Dean's expense as the older of the teens acted scandalized and protested that he had been with plenty of women -more than Raymond, at any rate.

The Test of Courage: (A Biography of) Michel Thomas by Christopher Robbins
The Anvil of the World by Kage Baker
Mars by Rose, Jasmine
The Fight by L. Divine
Save Me by L J Baker
Charms and Chocolate Chips: A Magical Bakery Mystery by Bailey Cates
She's With Me by Vanessa Cardui
My Fallen Angel by Pamela Britton
Strip You Bare by Maisey Yates
Miracle on 49th Street by Mike Lupica
Our partner