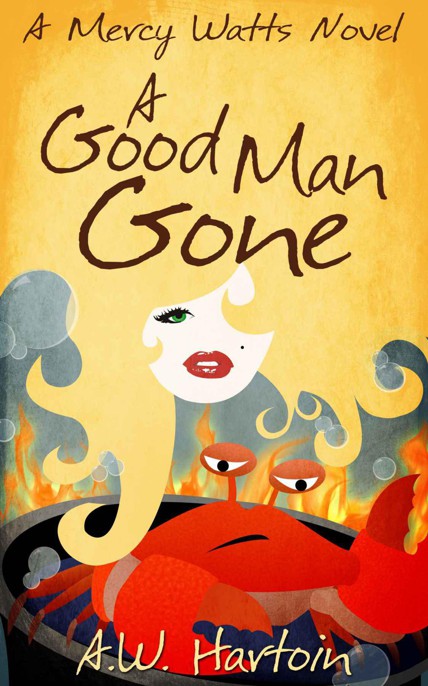 All rights reserved. Except as permitted under the U.S. Copyright Act of 1976, no part of this publication may be reproduced, distributed or transmitted in any form or by any means, or stored in a database or retrieval system, without the prior written permission of the publisher.

I CROUCHED ON the edge of my parents’ bed, my toes gripping the side board until I stood and let fly. I fell, eyes closed, into the marshmallow fluff of what my mother called The Oasis. I lay, face down, sinking into the double layers of down, smelling Mom’s perfume and feeling the stress flow out of me. Heaven. It didn’t get any better. Well, maybe a mouth full of dark chocolate would’ve upped the ante, but it was pretty much bliss, especially after my last two weeks.

I’d just finished a double shift in St. James’s emergency room, at time-and-a-half, thank you very much. Two and a half weeks in any ER was way too much. I was sick to death of drunk-driving accidents and ear infections. Lucky for me, I didn’t have to go back. I worked PRN, which meant I worked through an agency and filled in when somebody was short a nurse. I didn’t love being a nurse, but I liked it. Which was something I couldn’t quite explain. People thought nursing was warm and fuzzy, helping people, curing the ill, all that crap. For me, it meant getting vomited on or felt up at least a once a week. I seemed to bring it out in people, the worst, I mean. I walked in the room and people did what they quickly wished they hadn’t. But still I liked nursing, and I was good at it. There’s a lot to be said for being good at something and, occasionally, people were grateful. Plus, I set my own hours. That was the part that my dad loved. I could set my schedule to suit him. It was enough to make me consider a permanent position.

That morning I went to my parent’s house instead of my apartment. I promised to check their messages, water plants, feed the cats, file and straighten out any messes that cropped up. They were on a cruise, their first real vacation in years. Usually, they combined vacations with work. Dad was a retired St. Louis police detective turned private investigator and Mom was his assistant, if you go by titles. In reality, she was more of a partner and even nosier than Dad.

Instead of listening to Dad’s messages or feeding Mom’s evil Siamese, I went to bed. Sleep, beautiful sleep—I never got enough. Plus, the opportunity to snooze in my parents’ bed didn’t come up very often. I loved their bed. It was an 1850s plantation cannonball bed with the best quality down and bedding, anything less than a five-hundred-thread count was a sin in Mom’s estimation. My mother knew how to make a bed.

I slept like I was sedated until noon when the phone rang. Coming to took awhile, and I had a lovely floaty feeling in my stomach. I tried to ignore the ringing, but it was Mom’s private line and didn’t have an answering machine. Whoever was calling was willing to wait me out and I got annoyed. Another good sleep ruined by reality. I hated that. Reality pissed me off, especially reality in my parents’ bed. Getting a call there was twice as irritating as anywhere else.

“Hello,” I said, sounding as grumpy as possible. You never knew, maybe they’d have a heart and hang up.

It was a woman, her voice distant and strange, yet familiar. She didn’t say anything else for a moment and the pleasant feeling in my stomach melted away. The background noise was familiar, too. I’d been a part of it only a few hours earlier. Whoever she was, she was in an ER.

Sharon, Sharon. I probably knew half a dozen Sharons. I couldn’t place this one.

That’s why I couldn’t place her. I’d called her Dixie from the moment I could talk, like Gavin, her husband, did. Mom and Dad called her Sharon. She looked more like a Dixie to me.

“Is Carolina there? Or Tommy?”

“Oh, God.” She started to cry in short, tight bursts.

“Gavin’s dead.” She said it slowly, in a kind of rhythm between her sobs.

An electric chill went through me. Gavin dead at fifty-five. That couldn’t be right. “What happened? Where are you?”

She continued to cry, but I could hear her pulling it together. From the sound of her voice, it took quite a bit of effort.

I burrowed out from under the duvet and brushed the hair out of my eyes. I’d forgotten to pull the shades and light streamed in through Mom’s gauzy curtains. They billowed up as the air conditioner kicked on and floated in the air, lazy and beautiful. It was silent other than the machinery and I was sleep-drunk and confused. It couldn’t be real. Dixie did not just tell me Gavin was dead. He couldn’t be dead. Plenty of people die, just not my people. I rubbed my eyes and looked at the phone sitting on the bedside table. It gave no clue whether or not I’d just been speaking into it.

I flopped back onto Mom’s pillows, grabbed the phone and dialed St. James ER. I closed my eyes and listened to the ringing, imagining the clerks and nurses yelling at each other to pick up the phone.

On the sixth ring someone did. “St. James ER. May I help you?”

“This is Mercy Watts. I need to know if you have a patient there.”

“Is he dead?” I asked, squeezing my eyes tighter.

“No, he’s a family friend. Thanks, Evelyn.” I hung up and let out a whoosh of breath. It was real. I opened my eyes and looked around my parents’ room. I said it was my parents’ room, but it was Mom’s. It had her woven into its very fabric, its wood, its paint. Her Lalique perfume bottles glimmered in the light on her dressing table and I could smell their scent even at my distance. I lay there on The Oasis, the altar of the sacred bedroom, and wished she was there looking at her precious things and, damn it, answering her own phone.

But, of course, Mom wasn’t there. Mothers are like cops, never around when you need one. So I slid out of The Oasis and landed painfully on my heels. The bed was four feet high. Dad built a step for Mom, so she could get into it.

I leaned against the bed and rubbed my bare ankles. Crap. No decent clothes. The ratty T-shirt and the scrubs I’d worn home were lying in a pile and covered with unknown substances. I’d have to borrow something from Mom. She wouldn’t like that, but under the circumstances, how could she complain?

I straightened up and trotted across the glossy wood floor dotted with various Oriental rugs to the wardrobe. It was an enormous beast, ten feet by six, and, at that time of year, held Mom’s summer clothes. I turned the large brass key and the right door swung open without a sound. That used to creep me out when I was a kid. My best friend Ellen and I spent rainy days crawling around in its depths, waiting for magic to happen. Dad told me Grandma George shipped it over from England and it was
the
wardrobe from
The Lion, the Witch and the Wardrobe
. I didn’t notice till I was ten that my parents’ bedroom furniture matched. All five pieces were the same dark walnut with delicate carvings of birds. I guess I was a dense kid, but I never thought about it. Lord knew nothing else in our house matched, not even the dining room chairs. How was I to know it was a family suite passed down five generations?

The wardrobe glowed with a rainbow of colors. They were so Mom. To the far left I found a pair of black shorts and a crisp white linen shirt. They were only one size too big. I’d seen my future and it wasn’t half bad. I pulled them off their hangers and reached to close the door. At the last second, I stopped and shoved my arm between Mom’s sundresses. I strained until my fingertips touched the unfinished wood at the back. Oh well, better luck next time.

I dressed, gargled with Dad’s industrial-strength mouthwash, and ran down the stairs to the first floor.

The Siamese weren’t there yowling at me, threatening to shred my ankles, so I ignored their bowls, and went for the espresso machine. Super-automatic is the way to go. Even I could handle pressing a button.

I found my nursing shoes in the butler’s pantry. They looked worse than my scrubs. Oh well, nobody ever looked at my feet anyway. While I put on my shoes, the smell of espresso filled the kitchen and the promise of caffeine awakened the rest of my brain. I tossed back a double, shuddered, and rinsed out my mouth.

Gavin was dead. He really was dead. I considered calling Ellen for moral support, but she’d just cry, so no more delays. Just suck it up and go.

I walked past my truck and got in Dad’s baby, a brand-new Chrysler 300 C. If I had to go deal with death, at least I could do it in luxury. It took me five minutes to pull it out of the garage into the alley. If I damaged his car the phrase “hell to pay” wouldn’t cover Dad’s reaction. Driving Dad’s car, wearing Mom’s clothes, it was bad enough to almost feel good. If I could’ve gotten Dixie’s voice out of my head, I might’ve smiled. I couldn’t, so I concentrated on not getting a ticket on the way to the hospital.

St. James is the biggest hospital complex in St. Louis and the parking’s a pain. Spaces near the ER are at a premium, so I parked illegally next to the never-ending construction on the doctor’s building.

“Hey Al, check out this rack,” a voice yelled from the construction area.

I locked my door and ignored the voice.

Great, construction workers. They were one of those stereotypes that were a stereotype for a reason.

I slung my purse over my shoulder and flashed them the bird.