A Hanging at Cinder Bottom 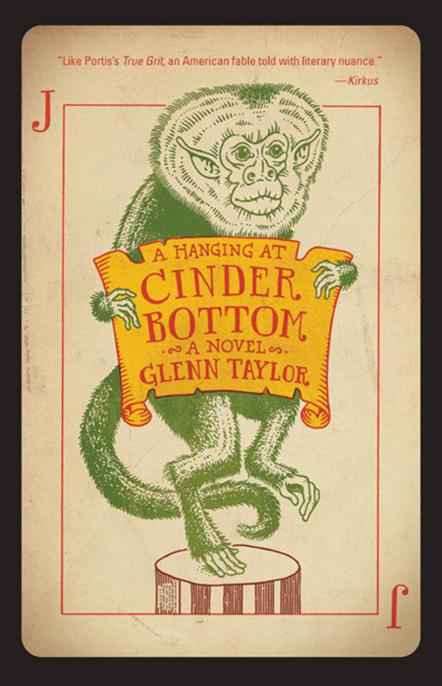 This one is for the people of

past, present, and future.

Though this novel is an unruly work of fiction, the reader may be best served to know a few truths. First, the last name Baach is pronounced
BAY-CH
. My wife Margaret’s great-great grandfather was Isaiah Lee Baach of Kermit, West Virginia, in Mingo County. He was most likely born in or around Pocahontas, Virginia, where his parents had settled after emigrating from Germany. Though I. Lee Baach was for me a starting point and a fascinating man, it is important to note that he is nowhere indicated or alluded to in the pages that follow (beyond the use of his last name), and that I have taken great liberties in the writing of this novel. Thus, all characters, their actions, and their speech are the product of my imagination and in no way represent any person, living or dead. The reader might also note that Keystone’s beginnings and explosive growth occurred slightly later than is depicted herein. Likewise, the layout and geography of the town (including its infamous red-light district, known as Cinder Bottom) was slightly altered for ease of understanding, though Keystone is not a place to be easily understood. It has been many things since its inception. The same could be said of its county, McDowell, a place that is anything but ordinary, a place I have sought to better comprehend through reading the important work listed in the acknowledgments at the end of this novel. McDowell County is a place that is often misrepresented. I invite the reader to find it.

Cook ovens glare red-eyed upon the darkness
And belch their cinders at the fevered days.

Their Day Had Come

Are You a Drinking Man?

The Crows Were in the Evergreens

The Pulpit Would Have Wheels

April Fools’ Has Come and Gone

Cyanogen Gas Will Impregnate the Atmosphere

A Radiant and Blood-Red Room

Hide the Whiskey and Bend the Knee

Bet Your Last Copper on Jack

Ten Fun of the Number One

Their Day Had Come

THEIR DAY HAD COME

The condemned man wore no shoes. He stood over the drain hole in his cell and hummed the low notes running swollen in his blood. He shed his trousers while he hummed, and his shirt and his undergarments too. Each he folded in a square and set upon the straw tick in the corner. The foul drain at the floor’s middle called out to him in the singing voice of his woman down the hall. He answered, a long weary-throated note, a brand of humming borne from a troublesome lot.

He was better than six foot two inches and sturdy despite incarceration. He’d turned thirty in January. Most considered him the handsomest man they’d seen, though he wore a wide scar across his jaw.

At the pith, the condemned man was good, but he’d forever run afoul of temperance and lawmen.

Daylight through the barred window marked his lower half. His feet were pale, and his pecker, in ordinary times a swag-bellied hog of considerable proportion, was, on this morning, contracted. His woman’s voice grew louder, and in his mind he could see her, and he hummed to his contracted pecker a snake-charmer tune fetched from a hoochie kootch show, and its furrows protracted, and it was made long and serpentine. And the condemned man imagined then that it grew longer still and mined the drainpipe clear to the cell of his woman, and it whispered to her there,
Keep your temper
. And this thought made him smile.

Down the hall, the condemned woman hummed along. When he crescendoed she did too. When he went so low she couldn’t hear him, she sang things like,
There’s a hole in his pants, where the crabs and bedbugs dance
.

It was the same snake-charmer melody the Alhambra house band had played seven years prior, on the night the condemned man had lit out of town, the night a big-name magician had levitated a woman on the Alhambra’s stage while the melody built. High above, crouched on the fly rig, the man who was now condemned had hummed along, and he’d spat tobacco juice down upon the stage from a height that caused much spatter, and he’d cursed the magician for having not paid the gambling debt he’d owed.

The tunes they hummed to each other down the corridor and through the drainpipes had meanings. They’d worked
out a system of codes. The condemned woman knew then from his hum that the morning-shift hall guard had arrived, and that it was nearing time to change into her finery. She took off her underskirt while she sang. She took off her umbrella drawers. Each she folded in a square and set upon the straw tick in the corner.

She was graceful and everywhere arched proportionate. Her skin was tanned despite incarceration, and she stood above the drain hole and hummed some more, waiting for her man.

Young officer Reed would be along shortly with the last meal and fine clothes they’d requested, and she knew he’d not be able to take his eyes off her, for even after a month in the pokey, the condemned woman was the cat’s whisker.

Outside, the chief of police, a runt of a man named Rutherford, watched the people come on foot and horseback and great big farm wagons with three families to a bed. The night before, passenger cars on the nine o’clock train had folks pressed to the windows, and more had stuffed themselves into boxcars and empty coal hoppers.

Now it was morning, a Sunday. Rain fell hard after forty days without. On Railroad Avenue, mud ruts made by wagon wheels multiplied and widened. A tied, riderless horse had been made to drink rye whiskey. It fell down buckskinned and got up half brown.

By nine o’clock, three thousand people had gathered at Keystone in order that they might witness a public hanging
in the state of West Virginia. There’d not been another in thirteen years, and this one was to be a double.

Chief Rutherford had not expected word to get out as wide and fast as it had. In truth, the impending execution was not intended to be publicly viewed, beyond choice residents of Keystone. It was likewise not in any way legal. Few had even known the pair was incarcerated before Thursday. It was on Wednesday that circuit judge Rufus Beavers—who had no jurisdiction even if the condemned had been given a trial—declared guilt and handed down the sentence too. He said they’d hang just as soon as the big black oak was roped. This he’d proclaimed inside the jailer’s office, with exactly seven men present. Rutherford had believed that such actualities would prohibit word’s spread, that it would only leak a little on Thursday, when it was decided that a fast gallows would be built. And when it became clear that the date of the hanging was the Sabbath, the God-fearing, he hoped, would keep away. And so it was that all of the police chief’s beliefs had proved foolish.

Even the first rain in over a month could not keep the people away.

Rutherford watched them walk in it.

He stuck his head inside the jailhouse to be sure his men looked alive. Six of seven were there. Three rode the bench and three leaned against the block wall. Behind them came humming, singing. More symphonious orchestration from
the condemned, each day the same tune. Every lawman knew better than his own name by then that there was a place in France where the naked ladies dance and there was a hole in the wall where the men could see it all. On and on it went. The condemned had a repertoire of words a mile long. They stuck those words without cease into the snake-charmer song. There was a place in New York where the hambone chased the pork. There was a place Rutherford prowls where the chickens pork the hoot owls.

It was relatively cool inside the jail. Humid, but no sun to speak of through the small windows facing north. Rutherford looked at an officer who was in particularly bad shape from the previous night’s imbibing. “Pick your chin up Reed,” he said.

Reed was one of three black men on the police force and the son of Fred Reed, owner and president of the Union Political and Social Club. He was gut-sick, but he nodded and did his best to look alive. “Clothes is patted and stacked,” he said. “I’m to fetch the chicken at ten.”

“What about my noontime eggs?” Rutherford said. He hadn’t yet eaten a thing.