A Kind Of Wild Justice 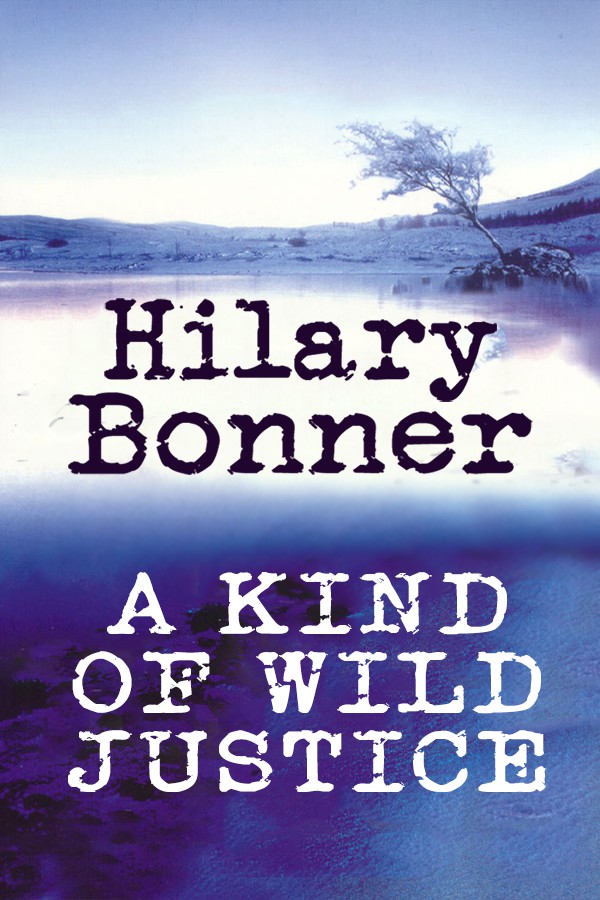 A chance DNA test proves without doubt what DS Mike Fielding has
always known - that the man tried for the barbaric murder of local
Devon girl Angela Philips twenty years before, the man who walked
free, was the Beast of Dartmoor. It is a bitter victory. Because the
law of double jeopardy means James O'Donnell can't be tried again. He
is still a free man.

For Joanna Bartlett, the once brilliant but now jaded crime
correspondent who covered the case two decades before, the findings
stir memories she's tried to forget. Not only of the terrible murder
she can't bear to remember - but of Fielding, the maverick detective
who shared her obsession with the tragedy. There has been a shocking
miscarriage of justice - one that will now torment those who have
suffered since the murder.

Fielding, his career irrevocably damaged by the case, is determined
to see justice done. And Joanna and the media are his means. But will
the killer ever be punished?

A chance DNA test proves without doubt what DS Mike Fielding has always known - that man tried for the barbaric murder of local Devon girl Angela Philips twenty years before, the man who walked free, was the Beast of Dartmoor. It is a bitter victory. Because the law of double jeopardy means James O'Donnell can't be tried again. He is still a free man. For Joanna Bartlett, the once brilliant but now jaded crime correspondent who covered the case two decades before, the findings stir memories she's tried to forget. Not only of the terrible murder she can't bear to remember - but of Fielding, the maverick detective who shared her obsession with the tragedy. There has been a shocking miscarriage of justice - one that will now torment those who have suffered since the murder. Fielding, his career irrevocably damaged by the case, is determined to see justice done. And Joanna and the media are his means. But will the killer ever be punished?

Hilary Bonner is a former showbusiness editor of the
Mail on Sunday
and the
Daily Mirror
. She now writes full time and lives in the West Country where she was born and brought up and where all her books are based. She is the author of eight novels,
The Cruelty of Morning, A Fancy to Kill For, A Passion So Deadly, For Death Comes Softly, A Deep Deceit, A Kind of Wild Justice, A Moment of Madness
and
When the Dead Cry Out
. Her new novel,
No Reason to Die
will be published by William Heinemann in 2004.

The Cruelty of Morning

A Fancy to Kill For

A Passion So Deadly

A Moment of Madness

When the Dead Cry out

Benny – A Biography of Benny Hill

René and Me (with Gorden Kaye) 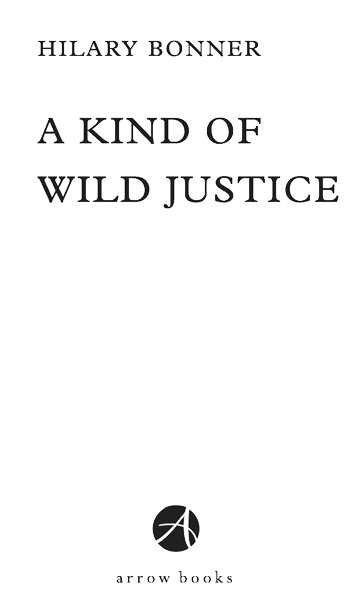 Version 1.0
Epub ISBN 9781446472187
www.randomhouse.co.uk
Published in the United Kingdom in 2001 by Arrow Books
3 5 7 9 10 8 6 4
Copyright © Hilary Bonner 2000
The right of Hilary Bonner to be identified as the author of this work has been asserted by her in accordance with the Copyright, Designs and Patents Act, 1988
This book is sold subject to the condition that it shall not, by way of trade or otherwise, be lent, resold, hired out, or otherwise circulated without the publisher’s prior consent in any form of binding or cover other than that in which it is published and without a similar condition including this condition being imposed on the subsequent purchaser
First published in the United Kingdom in 2001 by William Heinemann
Arrow Books
The Random House Group Limited
20 Vauxhall Bridge Road, London, SW1V 2SA
Random House Australia (Pty) Limited
20 Alfred Street, Milsons Point, Sydney, New South Wales 2061,
Australia
Random House New Zealand Limited
18 Poland Road, Glenfield
Auckland 10, New Zealand
Random House (Pty) Limited
Endulini, 5a Jubilee Road, Parktown 2193, South Africa
Random House Group Limited Reg. No. 954009
www.randomhouse.co.uk
A CIP catalogue record for this book is available from the British Library
ISBN 0 09 941533 X
Contents

Grateful thanks are due to:

Detective Constable Phil Diss who put the original idea into my head; Sylvia Jones who really was Britain’s first woman national newspaper crime correspondent, appointed by the
Daily Mirror
in 1980 (the same year as my fictional Joanna whom Sylvia would have left for dead should they ever have encountered each other on a story); Detective Sergeant Frank Waghorn whose endless patience and expertise in the trickiest areas of criminal law saved the day when I really thought I’d terminally lost the plot; Frank’s son Dean Waghorn who knows absolutely everything about computers; Detective Constable Chris Webb whose local policing knowledge was invaluable; Chief Superintendent Steve Livings for sharing with me his rich fund of case histories; Billy who knows first hand about crime and punishment from the other side of the fence but has no wish to draw attention to himself so Billy’s not his real name; civilian inquiry desk clerk Dave Jones of Okehampton Police Station and WO1 Stuart Woods and Col. Tony Clark of Okehampton Camp, without whom I would never have found my eerie Dartmoor crime scene; Richard Stott, former editor of the
Daily Mirror
, who forged a hole you could drive a truck through in my disgracefully sketchy knowledge of newspaper law and then bought me lunch while he filled it in, as it were;
Mirror
lawyer Charles Collier-Wright for his guidance and in the hope that he won’t sue me for misusing his famous nickname; Phil Walker, former editor of the
Daily Star
; Larry Haley of L.A. for giving me the FBI angle on DNA; Simon Patterson and Brian Bourne, who know what banks and bankers get up to; Mike Milburn for telling me about guns; John Pullinger for telling me about maps; Graham Bartlett at the National Meteorological Library and Archive for ensuring I got the weather right; Samantha Fox of Vodafone and Ken Lennox super-snapper for advice on phones and photos; the nice lady at Okehampton Magistrates Court who let me snoop quietly around without filling in 16 forms in triplicate; Maggie for listening to my desperate and incoherent ramblings; Oscar and Sophie for silent companionship; Paul and Joan Smith for providing the place of inspiration (or as near as I can ever get to it).

And last but not least all the characters of Fleet Street, the chauvinists, the drunks, and the deadbeats as well as the talented, the legendary and the near geniuses, who made up the crazy world in which I managed to survive, even very very occasionally flourish, for more than 20 extraordinary years, and without whom this book would not have been possible.

The bits I’ve got right are in no small way thanks to these guys – well, not really the drunks and deadbeats of Fleet Street, but the rest of them anyway – and, as they say, any mistakes are all my own work.

‘
Revenge is a kind of wild justice, which the more man’s nature runs to, the more ought law to weed it out
.’

Very, very carefully Detective Inspector Mike Fielding put the slim sheaf of papers back in their plastic folder. He placed it neatly to one side of his desk. Grey metal frame. Standard issue. No clutter. That was the kind of man Fielding was. He didn’t like mess. And he was once again being confronted by the biggest mess of his life.

He noticed that the folder was not lined up precisely with the edge of the desk and shifted it slightly so that it did. Then, with a great effort of will, he turned his attention back to his computer screen.

For almost two and a half minutes he attempted to concentrate on the case he was supposed to be working on. Industrial theft. More than £100,000 worth of electronic equipment nicked from a warehouse on an Exeter industrial estate.

It really didn’t seem to matter much, that was the problem. Nothing mattered much except what was in that plastic folder. He found himself picking it up again, and once more he removed the contents and spread them out before him.

There were just half a dozen or so sheets of printed foolscap paper, which basically contained two salient pieces of information.

One was a DNA sample taken from a young woman, kidnapped, raped and murdered twenty years previously.

The other was the DNA of the man who had stood trial for her murder and been acquitted.

That meant there was around a ten million to one certainty that the acquitted man had been, after all, guilty of the murder. And of the other monstrous crimes committed against the teenager.

But he could not be tried again. Not for the same crime. Not for as long as he might live. That was British law. It was called double jeopardy and the new scientific evidence, irrefutable as it undoubtedly was, made not a jot of difference.

Ten million to one. Even the most astute of legal teams, and the bastard had always had access to those, would be hard-pushed to get around that bit of scientific truth. He’d been guilty as charged. And he’d got away with it. But then Fielding had never doubted that, really.

The policeman glowered at the damning information in front of him.

After the body had been found the murderer had been dubbed the Beast of Dartmoor, so horrific was the way in which he had tortured and killed that innocent young woman.

The law would change, of course, eventually. No doubt about it. Britain’s double-jeopardy laws were 600 years old and, in view of the recent extraordinary advances in forensic science, the legal profession had already canvassed the Home Secretary. But the change would not come quickly enough. Not nearly quickly enough. Not for Mike Fielding.

So that was it, really. Over.

He opened the bottom drawer of his desk and took out the two photographs which lay there, easily to
hand, right at the front. One was of the murdered girl, fresh-faced, dark-brown curly hair and matching eyes, averagely pretty, a sprinkling of freckles, smooth, creamy skin, uncertain smile, young-looking for her age. Seventeen years old. Still innocent. Unusually so, perhaps. She had been a virgin until the Beast had got his hands on her. Strange how you could somehow guess that just from the photograph. She looked slightly uncomfortable in a silky pale-pink dress, cut straight off the shoulders, hemline well below the knee. Obviously expensive, but far too old for her, almost frumpy. She had been a bridesmaid at her brother’s wedding and she was carrying a posy of pale-pink rosebuds, which matched the colour of the dress. It was the last photograph taken of her, just four months before her disappearance.

Destiny's Lovers by Speer, Flora
Band of Brothers by Stephen E. Ambrose
Figure it Out For Yourself by James Hadley Chase
The Paradise Guest House by Ellen Sussman
Kudos by Rachel Cusk
The Luminist by David Rocklin
Vendetta Stone by Tom Wood
B0056C0C00 EBOK by Stallings, Josh
Armageddon Averted: The Soviet Collapse, 1970-2000 by Stephen Kotkin
Covet by McClean, Anne
Our partner