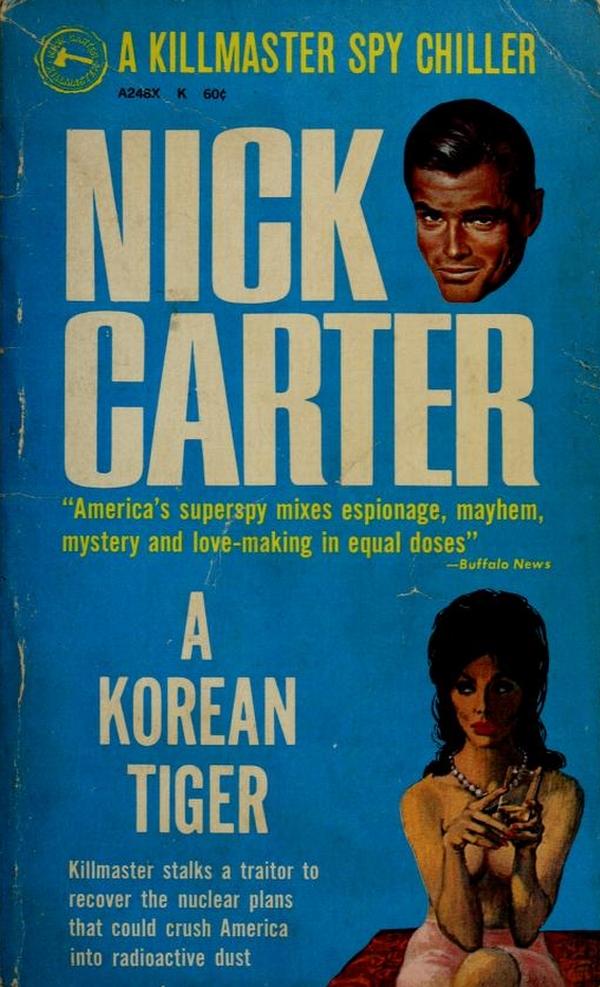 Annotation
JUST A ROUTINE CASE OF MURDER.
A clumsy hatchet job by an enraged husband on his slatternly, nagging wife. Followed by the desperate flight of the culprit with the FBI in methodical, well organized pursuit.
Until
... a check revealed that the murderer worked for AXE, with easy access to explosively dangerous military information.
Until
... investigation showed that for thirty years the guilty man had been an incredibly clever enemy agent.
Until
... AXE discovered that the Russians and the Chinese were both determined to grab the man in possession of America's atomic secrets, and would stop at nothing to get him and eliminate each other.
Clearly, it was a job for Nick Carter. His orders: Find the missing man. Kill him. Fast. Before the Reds close in.
The hunt led Killmaster through the dark underbelly of Asia — from the exotic house of pleasure that served as an espionage hideout, to the guerrilla band's mountain stronghold with its grisly, skeleton-filled torture chamber.
It was a terrifying assignment. America's very existence depended on Nick Carter's success.
Nick Carter
A Korean Tiger