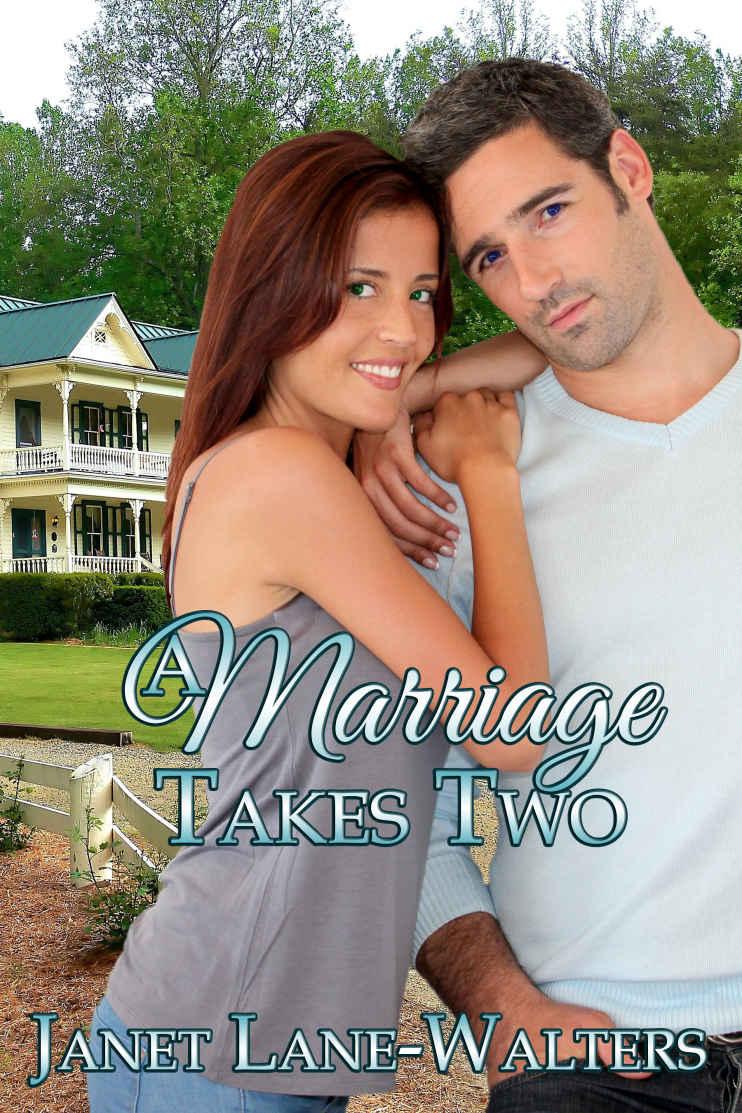 All rights reserved. Without limiting the rights under copyright reserved above, no part of this publication may be reproduced, stored in or introduced into a retrieval system, or transmitted in any form, or by any means (electronic, mechanical, photocopying, recording, or otherwise) without the prior written permission of both the copyright owner and the above publisher of this book.

To my family who puts up with my scribbling and to the few of them who read my books.

Two hours of pep talks, a dozen whispered mantras, and five sets of calming breaths, failed to settle Carrie Graham’s acute case of nerves. Get a grip, she told herself. She was going to see Tony, childhood defender, teenage ego booster, and the one person who’d always listened. Besides, she’d already eliminated every other candidate for the position.

Who are you kidding?

From the moment she’d been presented with her current dilemma, he was the only possibility. All she had to do was convince him… But could she?  Sure Tony listened, but he didn’t talk about his problems, or his feelings.

The fading light of dusk made her slow the car in order to read the street signs. She’d planned to leave the apartment at noon, but the short nap after her night shift stretched until late afternoon.

She made the final turn into Fourth Street in a small West Virginia town established in the days when coal mining dominated the area. She shook her head. Rundown houses and boarded storefronts were the norm along the town’s main street. Why was Tony practicing medicine in this end-of-the-road place?

She hadn’t seen him for years, not since several months after his marriage, an event that had shaken her life. His wife hadn’t understood the friendship, or Tony and Carrie’s mutual interest in medical mysteries. With a flash of anger, Carrie recalled the night that woman stormed into the hospital cafeteria and spewed jealous accusations.

Carrie’s hands tightened on the steering wheel. She’d been embarrassed, hurt, and angry enough that she’d walked away from her best friend.

She’d heard rumors Tony’s wife had taken off for greener pastures. At least that’s what the hometown gossips said. Not that Carrie believed in gossip, especially after the news of her inheritance brought the tongue-waggers out in force.

She slowed the car to a crawl. Waves of panic lashed against her momentary calm. The place in her head where she’d filed his address was empty. She braked. The paper with the directions fluttered from the dashboard. She bent and grabbed them.

One glance was enough to retrieve the forgotten data. She eased off the brake and cruised the street. Half the houses were missing numbers. What now? Then at the foot of the dead end street, she saw the ones she’d memorized displayed in shiny brass on a massive gray house that looked like the setting for a Gothic novel.

A broad lawn fronted the house. The tailored grass stood in contrast to the tangles on either side.

“This is the place.” She gulped a breath.

After parking at the curb, she slowly released a held breath. She strode up the walk and onto the wide porch. Muffled shouts and noises came from inside. She rang the bell. What sounded like a slammed door nearly sent her back to the car. Who was staging a major temper tantrum?  She thought Tony lived alone.

She rang the bell again, this time holding it for several peals. The door opened and she forgot why she’d come. She forgot to breathe. Her eyes widened and her heart pounded in a staccato rhythm until she thought her ribs would crack.

He was more than she remembered.

Are you sure you want to be here?

“Tony.” His name escaped on a sigh. She felt like a teenager come face to face with the latest movie hero. This was the man she planned to ask…She changed her mind. Time to retreat. The plan wouldn’t work, not with the things he made her feel, and what he made her want.

“Carrie...Oh lord, it’s been ages. What are you doing here?  You look terrific.”

She did?  He must be blind. Even her coworkers had made comments about the deep smudges beneath her eyes. Most days, she felt as though she was suffering from terminal exhaustion.

Exhaustion vanished. He’d always made her feet great, but this instant tonic-effect startled her. Coming to see him had grown corners she couldn’t see around.

“I can’t believe you’re here.” He drew her inside. “What brings you to town?”

She wanted to tell him, but the words caught in her throat. “Would you believe I was in the neighborhood?

She inhaled and the spicy scent of him invaded her space. “I came...” She couldn’t finish the sentence. He’d been her hero, her prince, her fantasy lover. In the flesh, he relegated those images to black and white.

“I bet you came to apply for the nursing position at the clinic.” He steered her down a hall that needed paint into a large living room. “Did you get lost on the way there?  Unfortunately, I’m not the one you need to see.”

She shook her head. “Another job is the last thing I need. I already have two.”

The entire body, she thought. “You could say...It’s like this...I have a problem that needs a solution...It’s sort of...” Her throat closed. Maybe she should leave. Go home. Forget the plan. Find a new one. Except, he was her first, last, and only choice.

“Be glad to listen.” He patted her hand. “Are you saying in all these years, you haven’t found anyone else to listen?

I haven’t looked, she thought. There couldn’t be a replacement for Tony. She couldn’t tell him that. “I thought...Maybe you can help.”

A crash resounded. Carrie jumped. “I think you’re the one with the problem.”

“You could say that.” Tony rolled his eyes upward. “My son’s protesting his punishment for his latest series of pranks. He’s grounded with no TV and no phone.”

“What did he do?” She sat on one end of a shabby brown couch.

“Do you really want to know?”

She nodded. Hearing about Tony’s problems could give her time to gather her courage.

He slumped beside her. “He glued the sitter’s clothes together. She left in a huff.”

“Don’t blame her.” Carrie frowned. “I thought your son lived with his mother.”

“He did until July. She’s remarried…to one of the Brinkers. She and her new husband are on a world cruise honeymoon. They didn’t take Chad.”

His blue eyes were bleak. Was his pain for his son or himself? How badly had his failed marriage hurt him?  “Are you all right with the idea?”

His expression showed hurt and anger, not ones she’d consider mixed. “I’m sorry.”

“Don’t be. It’s great having Chad here, but he’s angry about the divorce, about living here, about his mother’s new husband. Wasn’t a great summer. Even with him in school, there are problems.”

“Don’t know how.” He winked. “I’m not without experience in dealing with angry kids. “Remember…”

“Yes, and don’t even mention the first time we met.”

“Or my black eye? Lord, it’s great to see you again. Why don’t you tell me why you came all this way?”

She ran her tongue over dry lips. She searched for an answer and couldn’t find one he would believe. If she asked him, he would think she was crazy.

Good grief, my thoughts are scrambled. He is too…too… male.

And your feelings for him haven’t changed.

The demand in his voice made her feel like a child facing an adult. “It’s...” What sounded like glass shattering brought her to her feet.

Saved, she thought. “Don’t you think you’d better see what he’s doing before he trashes the house?”

He raked his ebony curls with his fingers. “You’re right.” He headed to the door. “Promise you’ll stay ‘til I settle him. Then we’ll talk.”

She sank against the cushions. Maybe he would need the entire evening to deal with his son. This visit was an act of desperation. After all, it had been years. Maybe he’d changed.

She looked around the sparsely furnished living room. Most of the pieces looked like refugees from second-hand stores. What had gone wrong for him? He’d been on the fast track. He’d entered practice with one of the largest medical groups in Pittsburgh. From some of her classmates, she’d heard how wonderful he was, what a caring doctor he’d become, and how loyal he’d been to his wife and child. Had the end of his marriage caused him to turn his back on success? She hadn’t heard, and she hadn’t asked until two months ago. Her jobs had been in hospitals where he hadn’t been on staff.

The sound of a throat being cleared made her jump. A woman with streaks of gray in her brown hair stood in the doorway. Who? Carrie wondered. Hadn’t Tony said the sitter had quit?

“Dr. Flynn wondered if you would like something to drink?”

Carrie covered a yawn with her hand. “Coffee if you have some made. I’m Carrie Graham, an old friend of Tony’s.”

“Hazel Smithton, housekeeper, and reluctant sitter for a spell. Be right back.”

The hollow feeling in her stomach vanished, but the matching sensation in her chest expanded. She closed her eyes and planned explanations for the question she’d come to ask. No matter how she phrased her reasons, the words sounded like a desperate plea. Over the years, she’d learned begging never worked. Would this time be any different?

After pausing on the stairs to listen to Hazel’s ultimatum about hiring a sitter, Tony climbed to the second floor. His thoughts churned with a dozen conflicting emotions. Carrie was the last person he’d expected to find on his doorstep. When the bell rang, he’d braced himself for another confrontation with an irate parent who had come to complain about Chad’s unruly behavior. Instead, he’d found a friend.

His day had been filled with unexpected incidents that had set him on edge. A clinic patient died and Chad acted up in school and at home. The third sitter in as many months had quit and taken a large chunk of his bank account with her.

Carrie’s arrival, while not a disaster, had pushed his thoughts to what could have been. She was the girl he’d watched grow into the woman he should have married. The one he’d never told how he felt, and the one he couldn’t tell now. He’d chosen to marry Marilyn, and the reason for that ill-fated marriage was throwing yet another temper tantrum.

He groaned. He’d tried to make the marriage work. Done his best to give his wife the things she’d demanded, tried and failed. At least he hadn’t been the one to walk out the way his father did.

Chad was testing his patience and his love. Tony frowned. He knew the reason for the constant outbursts and pranks, but they abraded his already raw nerves. When would his son understand that no matter what he did, he was loved?

Tony reached the door of his son’s room and ducked to avoid the sneaker that sailed through the air and smacked against the wall. He and Chad collided. Tony pulled his son into a tight embrace.