Read A Matter of Time (The Angel Sight Series) Online

A Matter of Time (The Angel Sight Series) 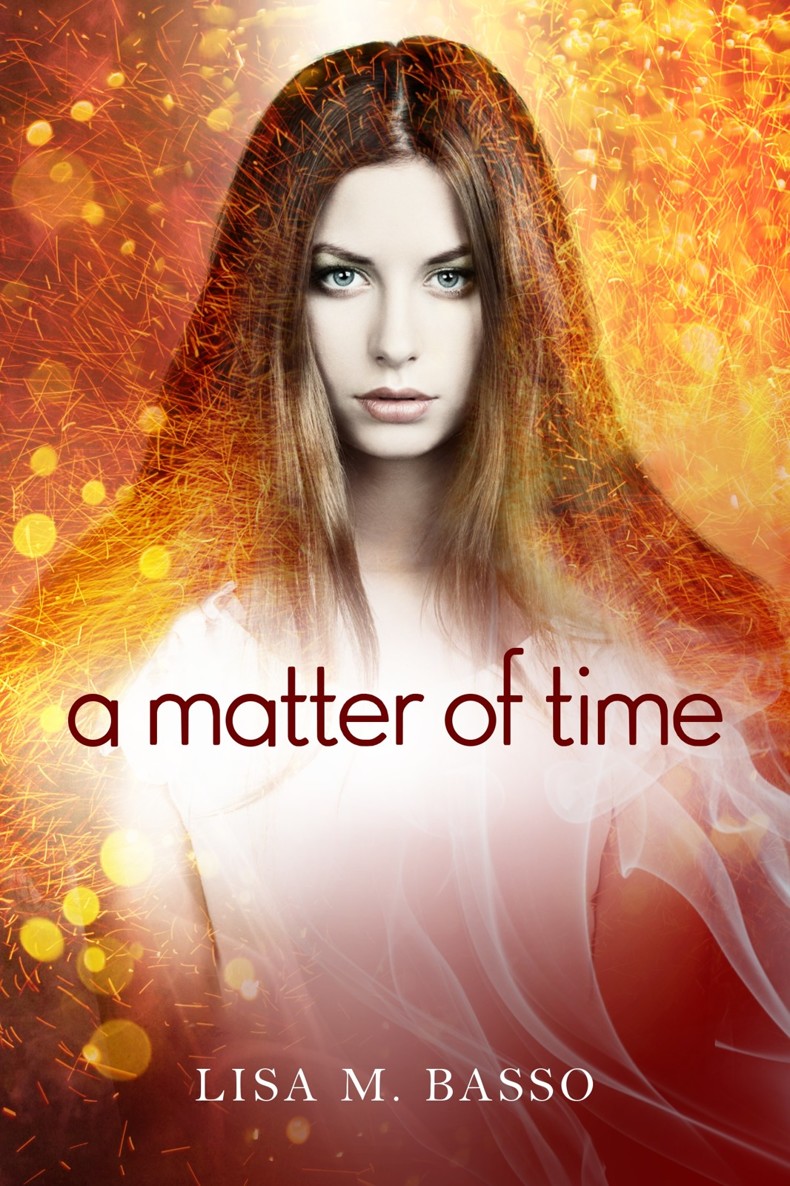 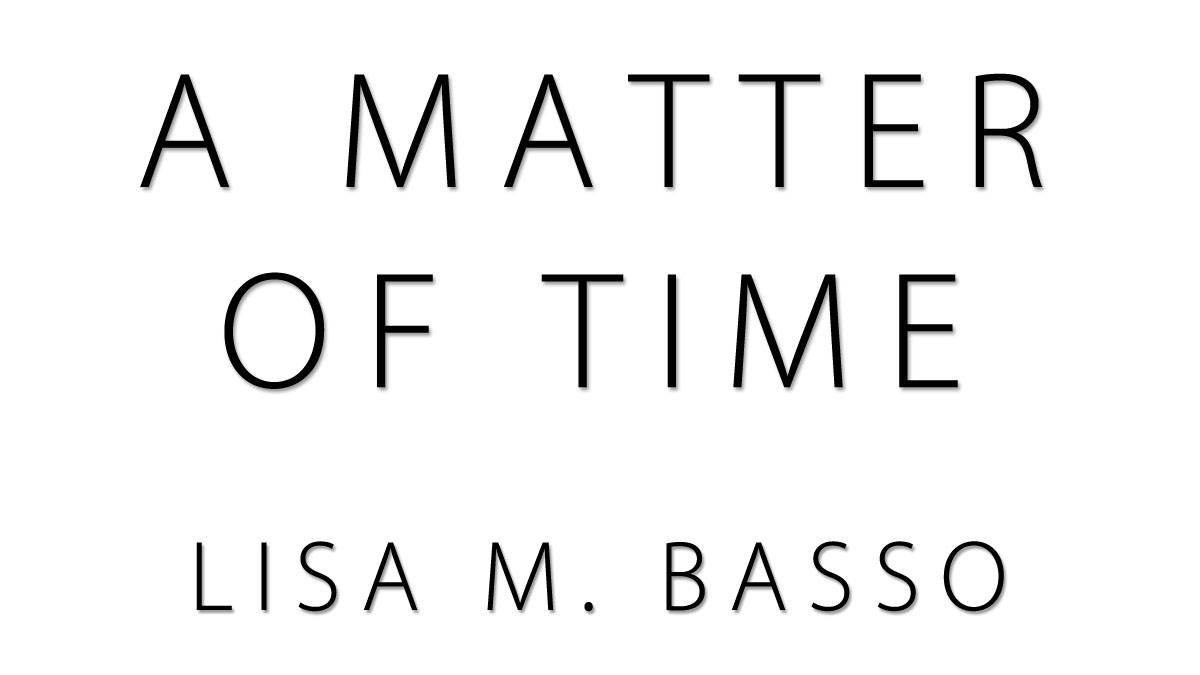 Book 3 in the Angel Sight Series 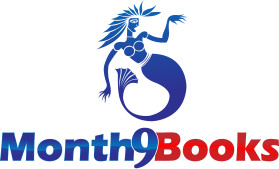 A MATTER OF TIME by Lisa M. Basso

For all the ways you love, inspire, and support me. Without you none of this would have been possible.

Book 3 in the Angel Sight Series

The walls no longer closed in the way they once did. Now they only screamed; the jagged, shattered sound of souls and wills being ripped away.

I used to cover my ears. Now, even when the screams stopped, they never truly quieted.

The door to my cell swung open with its own scream. I blinked through the light, using my hand to shield my eyes. A tall figure silhouetted with black wings stood in the doorway. “The Prince wants to see you.”

My vision tunneled and my empty stomach shrank.

This place was Hell.

Welcome to my Hell.

Churning in my stomach, electricity zipping beneath my skin. Anticipation. The nights of waiting just beneath the surface—touching the rock that separated Earth from Hell—were about to be over.

Lucien smirked as he paraded through the arch of human skulls that made up the gateway like he was some kind of god—which I suppose he was. The son of Lucifer may have kept us waiting for more days than I cared to count, but we’d waited less than the sixty-six days it had taken us to climb up the nine circles. The soot and fatigue that all seven of us waiting Fallen wore wasn’t apparent on his skin. I wondered how that could be, how the long trek from the center of the ninth circle all the way up toward the surface could leave him so untouched.

Those curiosities melted away the second Lucien touched the rock above our heads. His silhouette vibrated, contorting into something both larger and smaller. Earth and rubble crumbled at his touch.

This was it. They weren’t BSing when they said there would be rewards.

Lucien’s voice echoed a language I thought long since dead, and the ceiling above us cracked. The veins stretched, gaining momentum. Slivers of light beamed into Hell. Moments later the whole thing came tumbling down, leaving a hole wide enough for two semis.

The six other Fallen wasted no time, climbing out of Hell and back into the thriving life of Earth. The shaking of the topside tree limbs slowly subsided. The twinkle of honest-to-God stars shone high above them. The wide-eyed grins and moments of crazed satisfaction on my fellow travelers’ faces must have mirrored my own. I watched as they enjoyed the sights, sounds, and smells—all of which were too bright, too loud, and too pungent.

Lucien took one of the Fallen’s offered hands and climbed up the hole. He turned, pushing the Fallen—I think his name was Orias—back into Hell. The Fallen slammed face-first into the spires atop the skull archway.

“Help your brother, Orias. He’s obviously in need.” Lucien tapped his foot and spat an Ancient Greek word that roughly translated to
useless
.

Orias jumped to his feet and offered his hands to me. I shoved his shoulder and jumped to grab the ledge that was half Hell and half Earth. The electric jolt of touching something living almost made me lose my grip, but I managed to keep my composure—I hoped—and hoisted myself up.

The second my fingertips scraped over the grass, my cursed heart thrummed against my ribcage.
Freedom.
The world darkened, twisting into blacks and grays. With the hunter’s black over my eyes, my instincts rushed to the surface of my skin, pulsed in my veins, and screamed in my ear. Run.

And beneath it all, in the forefront of everything, always was the need to feed. The desire was more prominent now that humans were closer than they’d been in years.

I closed my eyes and growled low in my throat to drown out the thundering sounds, each louder than the one before.

Control. I needed to control my instincts before they gave too much away.

“Do you smell that, gentlemen?” I opened my eyes. Lucien stood in front of us. He was taller than I remembered, maybe because I was on my knees, and depth perception with hunter’s vision wasn’t always the most accurate. His arms were outstretched, his head tilted up toward the sky.

Against my better judgment, I sniffed the air. The scent of perfumes, colognes, sweat, blood, and tears. The scent of flesh. Years. It had been years since I allowed myself to enjoy the pure scent of human. Now, with the aroma firing through my brain, sparking parts I’d long ago shut down, I wondered why. Why ever deny my heightened senses the sweet smell of humanity? I inhaled again, this time with my eyes closed. Every muscle in my body tensed, ready to bolt for the nearest meal.

But there was a reason I had held back for so long, one I was either forgetting or ignoring. I had switched this crazed part of me off for something. A good reason. The way my cursed heart beat—with my senses taking priority—made it difficult to remember why I wanted to keep a hold of myself instead of letting go the way everything inside me begged to.

One of the Fallen cupped water from a nearby fountain and splashed our faces one by one, washing the grime and dust from our skin.

“It’s time.” Lucien spoke and we listened. “Let the hunt … begin,” he hissed.

The seven of us dashed in the same direction, leaving Lucien behind.

The grass, so soft, giving way beneath our feet, reminded me of the way flesh did the same under the right touch. But it hadn’t been so long since I’d touched flesh.

I couldn’t understand why, if I’d had access to flesh in Hell, I hadn’t taken it. Instead I’d allowed myself to fester in the dark underbelly of my mind.

Wind whipped over my face, carrying with it more scents and sounds. All of it screaming life, pulling my thoughts toward the present. Our wings silver and brilliant, even under tree cover, illuminated the way. Not that the dark bothered us when black veiled our eyes.

After what felt like twelve eternities, we reached a clearing.

“Remember,” Lucien’s voice came from behind us, pulling the group to a stop. “Never be seen feeding. Lure your prey to you away from prying eyes.”

Side by side, my brothers and I strode across the wide concrete walkway separating the park—where we entered this world from—and the concrete jungle of a vibrantly alive city. Lucien’s words brought back so many memories. Feeding off souls in public bathrooms, bedrooms, and alleyways. The thrill of the hunt, the passion that sometimes came from the ladies. Warmth built in my stomach, throbbing deeper. Now wasn’t the time for passion, it was time to sate an eternity’s long hunger. My throat had never been so dry. I feared if I didn’t swallow soon it would crack and bleed.

Some of the others broke off from the group, but the majority of us stayed together, walking several blocks into downtown Tokyo. Brushing arms with the living spurred tiny thrills through me, especially knowing one of them would be my dinner. My salvation.

Several more blocks away from the park, the group split again.

This was it. Choose one, reconvene for safety.

The humidity was thick, but not as thick as the masses of people or the scents of local delicacies from street carts. I blinked away the hunter’s vision and allowed my sight to adjust to the brightly lit colored signs blinking off almost every building.

The first woman that dared made eye contact with me, the
gaijin
, was a petite woman maybe in her thirties. Unlucky for her. I changed direction, sliding in the crowd beside her, throwing out a sly smile. To my surprise, she didn’t giggle or turn away, which was the way I remembered Japanese women from my last visit a very long time ago. Instead this woman met my eyes and smiled back at me. Too bad for her. If she had ignored me, she might have lived to see the sunrise.