Read A Million Miles Away Online

A Million Miles Away 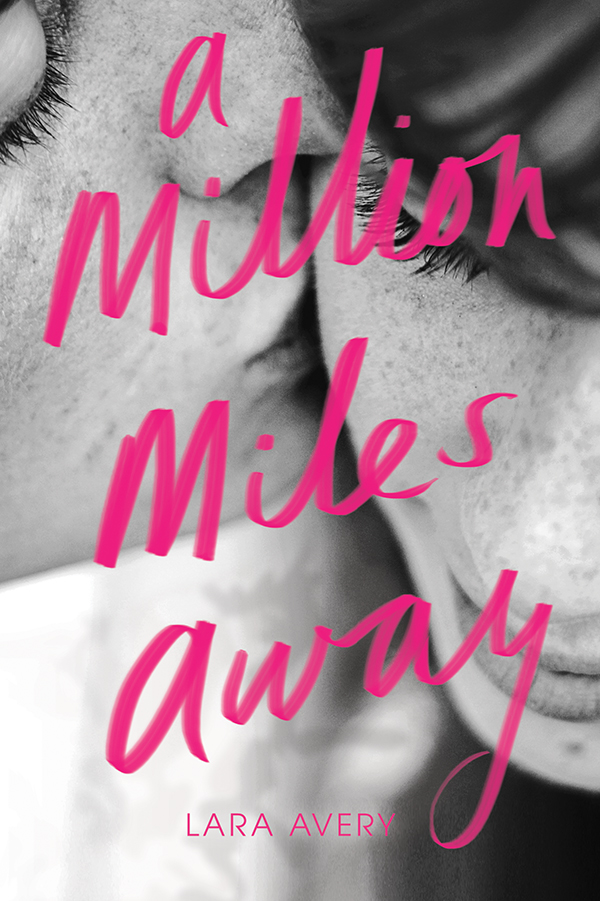 This is uncorrected advance content collected for your reviewing convenience. Please check with publisher or refer to the finished product whenever you are excerpting or quoting in a review. 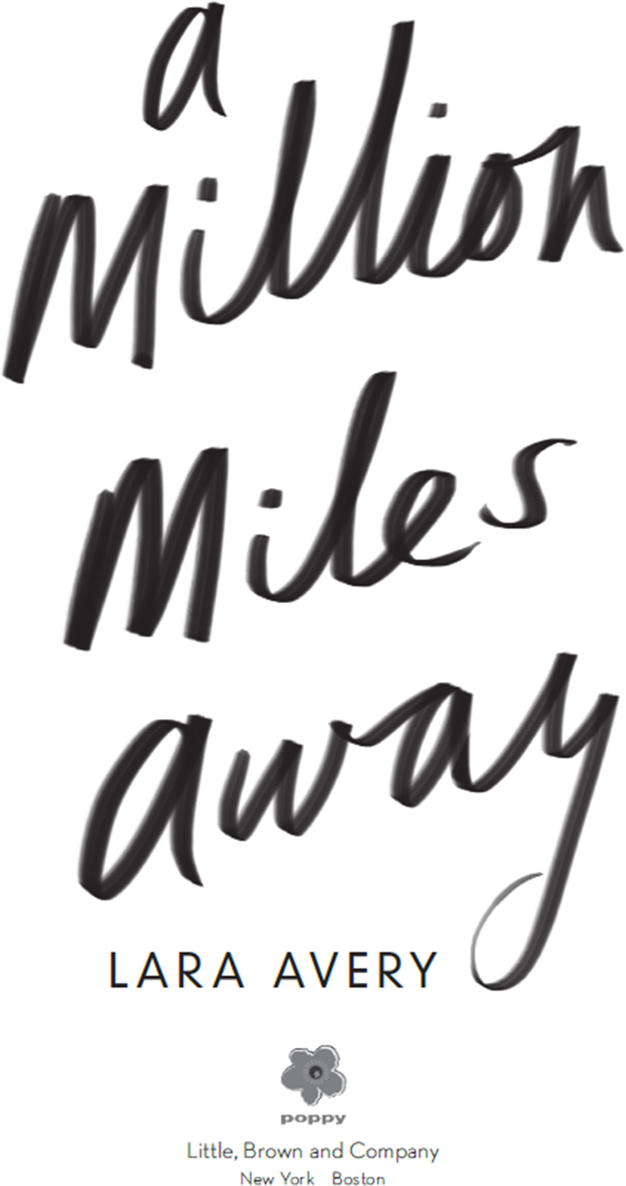 All rights reserved. In accordance with the U.S. Copyright Act of 1976, the scanning, uploading, and electronic sharing of any part of this book without the permission of the publisher is unlawful piracy and theft of the author’s intellectual property. If you would like to use material from the book (other than for review purposes), prior written permission must be obtained by contacting the publisher at [email protected] Thank you for your support of the author’s rights.

Poppy is an imprint of Little, Brown and Company.

The Poppy name and logo are trademarks of Hachette Book Group, Inc.

To my brother, Dylan

You know you’re in

The choicest of spots,

When, staring out the window,

You feel a gaping void wheeze

Inside you. Bang, bang, bang,

Flounders a bluebird against

Through your bones. So there

—Alex Lemon, from “And the Wing Sings Boo,”
The Wish Book
(Milkweed Editions 2014)

“Where are my shoes?”

“Turn the Beyoncé back up.”

Just a few blocks from Massachusetts Street, under the branches of century-old oaks, across a yard full of dozing sunflowers, silence fell over a peach-colored house with a wide porch. This was the Maxfield house. It had been the Maxfield house ever since Rob and Melody Maxfield returned from their honeymoon thirty odd years ago, and filled the rooms with two daughters.

It was Friday night, and their Subaru was absent from the redbrick driveway. Inside, a hush had fallen over the room, punctuated by the static of girls laughing behind the shoulders of their friends, while plastic cups of Bud Light were emptied and tossed aside.

Kelsey Maxfield moved through the crowd, holding the sweaty hand of a younger girl not so different from herself when she was that age—no hips, no boobs, body-glittered and hair-sprayed. Kelsey had been the one to turn down the music, and with a reassuring glance back at the nervous girl, who was still wearing her Lycra dance team uniform, she cleared a space around a silver beer keg resting in a bucket of ice.

“Y’all,” Kelsey yelled. She gave them a Crest-commercial smile.

Kelsey’s husky voice carried through the house. Her dark eyes changed color in the light from the kitchen. Her hair—not quite blonde, not quite brown—was pulled into a high, tight bun, left over from their halftime performance at the final football game of the season. The younger girl beside her adopted Kelsey’s hand-on-hip pose, following her captain’s lead.

“Hannah T. here has a proposition.”

A few catcalls from the male voices.

“Shut up,” Kelsey said, flipping the bird with a blood-orange nail. “As I was saying, Hannah thinks she can break my keg-stand record. Twenty-four seconds. You know it’s twenty-four, right, Hannah T.?”

Hannah gripped either side of the keg, while Gillian and Ingrid took her legs.

Kelsey could picture the beer, flowing steady from the keg into the spout, into Hannah’s mouth, into her stomach, probably full of lasagna and Gatorade from the pregame dinner.

Funny, Kelsey had always been the one to do the first keg stand. She felt kind of nostalgic. They used to count for her.

But she was a senior now. She was cocaptain of the dance team. She had to be responsible, or, you know, as responsible as possible. She had put the jade Buddha statues from the living room under her bed, pulled down the wooden Venetian blinds, and then called her mom and dad to make sure they wouldn’t be coming home early after another pointless argument with their friends over sauvignon pairings. (All had seemed well, or well enough, on the only vineyard in Central Kansas. They wouldn’t be home until tomorrow afternoon.)

Kelsey had also promised her sister she would lock her bedroom door. Michelle didn’t want anyone spilling beer on her paintings.
But wouldn’t that give them more character?
Kelsey always joked. Michelle didn’t find it funny.

Hannah was really getting up there. Close to Kelsey’s record. Too close. Kelsey looked at Hannah’s concentrated, upside-down face. “You had enough, Hannah T.?”

Kelsey knew how to deal with Michelle. She imagined her sister’s fist forming when she saw her sticky stereo equipment. They were a couple of punchers, the two of them. What did their parents expect, making twins share a room most of their lives? No head shots, no kidney shots, but the rest was fair game. The fights usually ended in split lips.
It’s how they show affection
, their parents had told suspicious teachers when they were younger. It’s healthy.

Kelsey forced herself to chant with them. She started to plan her concession speech. And so the time has come. I must pass the keg-stand mantle.…

But right at twenty-three seconds, the younger girl lifted a finger, the universal Lawrence High keg-stand symbol for defeat. Guiding Hannah’s skinny legs back down to the floor, Kelsey allowed herself a celebratory swig and a couple of fist pumps.