Read A Prayer for the Devil Online

A Prayer for the Devil 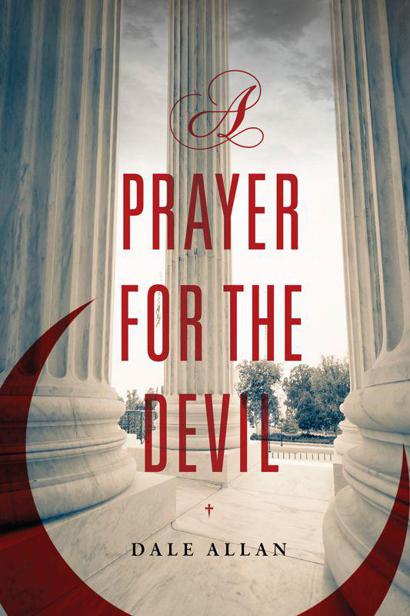 This book is a work of fiction. Names, characters, businesses, organizations, places, events, and incidents are either a product of the author’s imagination or are used fictitiously. Any resemblance to actual persons, living or dead, events, or locales is entirely coincidental.

“No one can confidently say that he will still be living tomorrow.”

A HUGE CROWD OF EXCITED BOSTONIANS
applauds wildly in anticipation of seeing the hometown hero. The spectators stand shoulder to shoulder for as far as the eye can see, despite the heavy rain. Mayor Steven Westfield stands at the podium in the center of windswept Boston Common and waves his arms, trying to quiet the audience. After several fruitless attempts, he decides to speak over the roar of the people.

“I’m so proud to be part of this historic event!” he shouts. The crowd silences. “After the November elections, Massachusetts will have produced another president of the United States!”

“Although our state is forty-fourth in size, we are third when it comes to producing presidents: John Adams, John Quincy Adams, John Kennedy, and George Bush Sr.” He turns and points behind him. “And now, Brad Thompson!”

Brad Thompson walks confidently to the podium and shakes the mayor’s hand. His infectious smile and good looks captivate the
cheering onlookers. A Secret Service agent flanks him, holding an umbrella. Thompson whispers something in his ear, and the agent walks to the back of the stage and sits down, leaving Thompson in the rain. This excites the crowd even more. He cries out, “If all of you are willing to stand in the rain to see me, why shouldn’t I do the same?”

He then continues, “The biggest problem with our government is that today’s political figures live under an umbrella of secret deals, corruption, entitlements, and special-interest giveaways. It’s a sad day for America when our children no longer say the Pledge of Allegiance in our schools, but the chairman of the Ways and Means Committee, who oversees our tax laws, gets away without paying taxes!”

“It’s a sad day for America when a second-grader from New Jersey can be suspended from school for drawing a picture of a stick figure shooting a gun, but illegal immigrants with real guns can’t be asked for proof of citizenship.

“It’s a sad day in America when your hard-earned tax dollars are sent to faraway countries only to be squandered by corrupt leaders while children right here in the U.S. go to bed hungry.

“It’s a sad day for America when senators take bribes and hide cash in their freezers while our elderly citizens go to bed freezing cold because they can’t afford heating fuel.”

Thompson whips back his thick, black, rain-soaked hair and continues to speak over the noise of the crowd. “Many of the congressmen and senators serving today would be petrified to stand where I am.” He points to the sky. “Based on their unscrupulous behavior and abandonment of God’s values, they would probably be struck by lightning!”

Thompson waves his arms and the crowd quiets. “I would be remiss if I didn’t acknowledge several key individuals here with me today. First of all, my lovely wife, Jordan, whose undying support means so much to me.” She stands and waves to the adoring crowd. “Next, my dedicated lawyer and campaign manager, Aaron Miller. Aaron’s commitment and unparalleled work ethic inspires me every single day.” Miller stands, smiles, and waves. “My pastor, Frank Fatone, who baptized me right here in Boston.” With the crowd now standing and applauding, Thompson turns around and motions to a woman dressed in traditional Muslim attire. As Ablaa Raboud stands in anticipation of being introduced to the large crowd, there’s a powerful, ground-shaking explosion. The entire stage erupts in a ball of fire as bodies are propelled high into the air. While most of the news reporters run for cover, a few battle-hardened veterans run toward the blast to get a closer look. The sight of carnage fills the television airwaves as the smell of death lingers in the wet Boston air.

A cold shiver interrupts the solitude of Luke Miller’s prayer session in the empty, candlelit chapel of Saint Leonard’s Church. As Luke tries to refocus, his attention is drawn to the squeaking of the large wooden door at the back of the room as it begins to open. Light pours into the small, dimly lit chamber, causing him to cover his unadjusted eyes in an attempt to see. Monsignor Swiger appears out of the blinding light and walks slowly to the front of the room as the door closes behind him. Still kneeling, with his arms extended out to his sides, Luke looks up as the monsignor kneels down in front of him and places his hand on his shoulder. “Father Luke, I’m so sorry to tell you this, but I have terrible news.” Luke looks up, but he doesn’t respond. “There’s been a
horrific explosion at the Common; all indications are that your brother Aaron and Father Fatone have been killed.” Luke’s deep blue eyes fill with tears, but he remains speechless. Swiger places his other hand on Luke’s empty shoulder as he recites Psalm 23:
Even though I walk through the valley of the shadow of death, I fear no evil, for You are with me; Your rod and Your staff, they comfort me …

“God didn’t promise days without pain, laughter without sorrow, or sun without rain, but He did promise strength for the day, comfort for the tears, and light for the way. If God brings you to it, He will bring you through it.”

LUKE MILLER GAZED THROUGH
the dirty window as he drove his outdated pickup truck past the police officer stationed in front of his parents’ house. As he searched the crowded Boston street for a place to park, he noticed his mother pacing in the front yard as she awaited his arrival. He parked the truck and took out his cell phone to dial his brother’s number. In the past twenty-four hours he had called this number more than fifteen times just to hear his deceased brother’s voice. Whenever he felt that he needed strength, he listened to Aaron’s voice mail message. Putting the phone down on the seat, he took a deep breath and got out of the truck.