Read A Price for a Princess Online 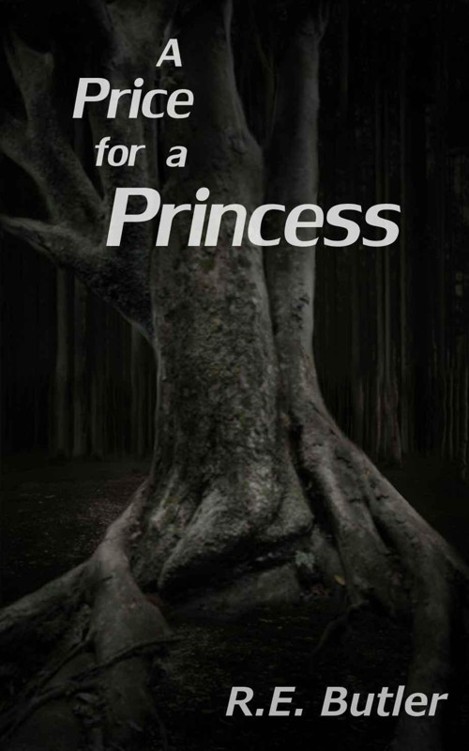 This ebook is a work of fiction.  Names, characters, places and incidents are the product of the author’s imagination and not to be construed as real.  Any resemblance to actual persons, living or dead, events or locations is coincidental.

Disclaimer:  The material in this book is for mature audiences only and contains graphic sexual content and is intended for those over the age of 18 only.

For the fans that asked for Daeton's story and her own demanding whispers in my ear for her time to come.  And for my family and friends' support - I couldn't do it without you.

From the Author and Other Works

Excerpt from Book 4 in the Wiccan-Were-Bear Series, A Bond of Brothers

The single most terrifying thing I'd ever gone through in my life was when my sister-in-law Elizabeth, a powerful witch, discovered that the boy that had claimed to want to mate with me was actually planning to serve me up for a sacrifice to a wizard.  I thought Bastion was a cute were-bear and would make a good mate.  I never in my wildest dreams thought he would betray me.  I was still sick that I'd been so foolish, but then again I could claim innocence.  I was only 18 after all.  Newly 18 at that.  Not even a week had passed since my birthday on the full moon and now here I was in Philadelphia with a horde of guards and two huge protectors, Rysk and Tyrant.

We had come to this place, my sister-in-law, my two brothers Ash and Axe, and a few were-bear guards from our den, so that I could be taken away in safety.  Although Bastion was dead at my den's hands, the wizard was alive and still a threat to me.  Elizabeth had seen the deaths of everyone in the den in a vision, and me chained naked to an altar and about to be killed.

Elizabeth had been told by a future-predicting god named Iliarta that I had to be taken to Philadelphia and wait for my protectors who would keep me safe.  I was leaving everything behind, not only for my own safety but for my family's safety.  I was terrified I would never see them again, even though my protectors said that I would.

We walked away from my family and over a small hill.  A veil slid down around us, like a mist or thick fog and we were all but obscured from view.  I looked up at Rysk and he turned his head slowly until he was looking into my eyes.  “They cannot see us now.  When they are gone and we are alone, we will begin our journey.  No one must know the way we go.”

Around us stood what appeared to be human men but they were actually something called Dire Wolves, like guard dogs that could shift from human form into wolf form.

“Madala,” Tyrant said in a deep voice, when my family was gone from the area, “it is time for our journey to begin.”

I nodded, still unsure of what was going to happen to me.  They called me Madala, which meant Destiny.  And they said I was a real princess, but I didn't understand that, either.  My father was king-bear of the den, my mother was queen as his mate, but I was only technically a princess for the den, not in any real standing anywhere else.  Elizabeth told me that I was meant for something special and I was wondering just what exactly that was.

We turned together and the men around us shifted instantly into large wolves, surrounding us as we walked further into the mist.  A thick tree stood in our path, and as we drew closer to it, Rysk and Tyrant began to chant in a language I'd never heard before.  The bark began to shimmer and move and the tree split apart, forming into an archway that led into darkness beyond.  Several of the wolves trotted through first and we followed, passing through the tree trunk as if it were a door.  We moved into a forest and a rumbling sound behind us made me look back, and the opening in the tree trunk we'd passed through slid closed.  My footsteps faltered and both men stopped when I did.  Tears burned in my eyes as I stared at the dark trunk.  On the other side of that, my home and my family waited.

"Madala, please."  Rysk said quietly.  "We must get to cover before the sun sets."

"My name is Daeton."  I said stubbornly, dropping their hands and wiping angrily at the tears on my cheeks.  I turned back to them.  "Where are we?"

"In the
Meadowlänz
, the forest that runs the perimeter of the kingdom of Reio."  Tyrant said.

"That's not helpful."  Rysk chided him.  "Daeton, we're in the Medes Realm.  It's similar to the fairy realm, but a place for magical and supernatural creatures that cannot survive in the mortal realm any longer.  When were-animals and other species of supernaturals get to the point of extinction, they often come to the Medes Realm to seek sanctuary and try to salvage their numbers."

"You wouldn't.  It's a protected realm.  The only reason you know of it now, is because it was nearly time for us to come and find you, and the god Iliarta brought you to us now instead of in three moons' time when we were supposed to appear to you."  Rysk said.

I blinked again.  What?  "Wait, I thought that Iliarta sent me to you because of the wizard."

Tyrant looked up at the sky and said, "Daeton, please, the sun will set shortly and we have some ground to cover before we get to our first stop.  This area is not safe and the sooner we get to where we're going, the better.  We'll tell you everything we can when we get to safety."

A half smile curved his mouth.  "I promise."  He gestured forward and we began walking together again.  Silence reigned and I let it.  Although normally considered a chatter box by my family, I had a lot to think about.

The forest was thick and the trees were unusual looking.  The trunks were very dark brown, almost black, and the branches were high off the ground, some twenty or thirty feet, ending in a thick canopy of needle-like leaves.  The ground under our feet was sparse with moss, mostly dirt and stone, and I was wishing I'd packed hiking boots instead of tennis shoes.

I was 5'7, but Rysk and Tyrant were at least a foot taller than me, and it was a struggle for me to keep up with their long strides.  I didn't want to be a hindrance the first day, so although my feet ached and my legs burned and my body begged for a break, I kept my mouth shut and took in our surroundings, watching the Dire Wolves as they padded along around us, and taking in the watchful gazes of my guards.  I looked at them, their huge, bulky bodies a testament to their strength and my body heated with remembrance of my recent sultry dreams.  Something poked at my subconscious, however, as I scrutinized them while we moved at a fast clip through the forest.  It was their hands.  I distinctly remembered in one dream that one of the two men touching me had long fingers and darkly tanned skin.  Neither Rysk nor Tyrant had darkly tanned skin.

When the dreams first started several months ago, I thought it was just a natural thing for bears to go through as they got close to their first shift, when thoughts of mating filled their minds.  But the dreams were consistently the same.  Two different men with their hands on me, touching me, caressing me, drawing my body into a fever of tingling pleasure that I'd never known before.  I could tell that they were two different men because their hands felt different.  Even though I couldn't see their faces because the dreams were always fuzzy and dark, I felt slim fingers probing me, caressing me, and then thicker fingers with dark claws that sheathed protectively inside the tips as they tickled and touched.  I would wake up from the dreams tingling and wet between my legs, forced to bring myself over the edge because those hands only existed in the dream world.  And my own hands just never felt the same.

Which brought me back to Rysk and Tyrant.  When I first met them on the river bank, I just assumed they were the men from my dream, but now I wasn't sure of that at all.  Although they were handsome, I didn't feel any sort of stirring connection to them.  And I thought I should, if they were meant to be my mates.  I shuttered my thoughts away and concentrated on putting one foot in front of the other.

Although it was mild out, I was sweating in my long sleeved top and jeans, my nylon track jacket tied around my waist.  It felt like we’d been walking for hours, so I asked how much further until we could stop.

"A little while longer," Tyrant offered.  I grumbled inwardly, trying not to be a brat, and decided to count my steps.  I'd read that there were 2,000 some steps in a mile, so maybe mindless counting would help me to ignore the pain that was starting to shoot up my legs with each step.

I managed to count to 6,000 before I was ready to cry uncle, and just plain old cry for real.  Thankfully, when I opened my mouth to protest the cruel and unusual punishment of walking, Tyrant said, "There, princess, is where we will stop for the night."

I could see the end of the forest now, and soft amber light glowed in the open space.  Some distance away sat a small hut.  "Whose house is that?" I asked, picking up the pace.  With the end in sight, I could handle walking faster for a little while.