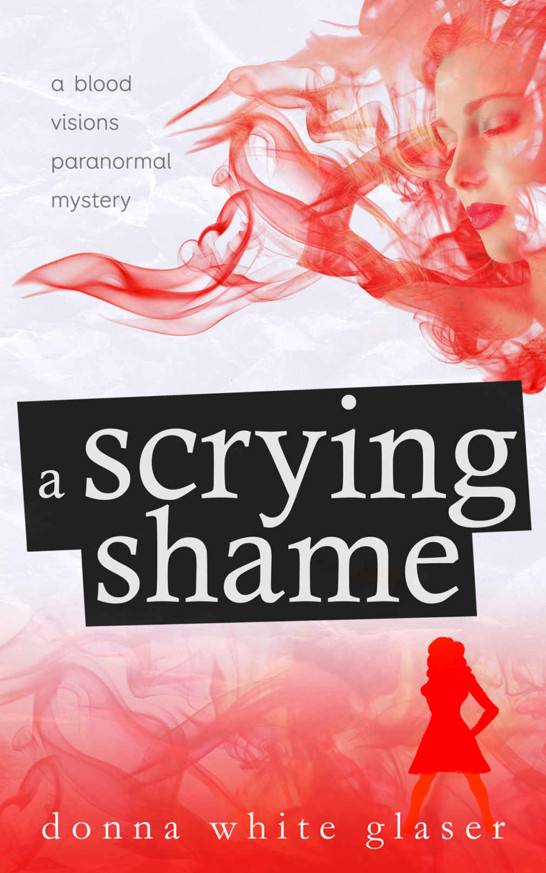 The lights hurt. She blinked until her vision cleared, and the room came into focus.

Her mother stood at the foot of the bed, staring down at her. Arie closed her eyes again.

“Are you awake?” Evelyn’s sharp voice sliced into Arie’s brain like a scalpel. “Arie?”

No
. Arie let herself sink back into the darkness. Maybe, she thought, just maybe she could find her way back to the Light—the real one—the Light that bathed her in warmth and an all-encompassing, no-words-for-it love. It had to let her back in. She didn’t think she could stand living if it didn’t.

The next time she awoke, her father’s gentle smile greeted her. Arie let the warmth of his eyes spill into her own, feeling simultaneously grateful and . . . disappointed. The love that she had always reveled in felt pale, almost sickly. A wave of guilt flooded into her for making such a comparison, but even her father’s love couldn’t compare to the Other.

“Hi, baby.” Her dad placed the straw of a plastic mug with the hospital’s logo on it to her lips. Water—cool and pure.

Her throat still hurt. Arie reached her hand up to it, grimacing at the pain.

Her fingers ran across the cloth lump of gauze bandages and sticky tape.
Had something happened?
Strange that she could remember being there with such stinging, poignant clarity, but she couldn’t remember anything about what had happened to her body right before.

Her dad hesitated and looked away. Arie’s heart thumped. Although a quiet man, Ed Stiles was a pastor and not one to avoid questions, especially hers.

“Arie.” He cleared his throat and took a sip of her water. “It wasn’t an accident, hon. Somebody tried to hurt you.”

Something felt wrong. Arie struggled to remember but only managed to work up the beginnings of a wicked headache. “Who?”

“We don’t know.” Her dad’s smile faltered and melted away. “We were hoping you did.”

The fluid dripping into her arm was clear this time. Probably a good sign. Her mother sat on the bed next to Arie, holding her hand.
Oh, crap, I must be dying. Wait. That’s a good thing.

“Don’t call me Ma. You know I hate that.” She sniffed and cleared her throat.

“Don’t be silly.” She brushed her daughter’s hair back from her face, then held a straw to her lips.

Water.
Arie swallowed. The cool liquid simultaneously burned and soothed as it went down.

“It was amazing—so beautiful.” A wave of frustration made Arie’s head pulse, proof her heart was still beating. The puny, everyday,
earthly
words weren’t enough to explain what she’d seen and where she’d been.

“I don’t see what’s so amazing about getting stabbed in a parking lot in the middle of the night.” Her mother’s face, devoid of makeup for the first time Arie could remember, contorted in pain. She stood and paced at the end of the bed.

Her mother spun, face twisted with incredulity. “Not important? Honey, you were attacked.”

The endearment and the residual effects of the Other Side created a joy bubble that rose and spread into a wide smile. Probably looked goofy as hell.
Well, not hell.
If the Other Side was anything to compare it to, hell probably shouldn’t be taken lightly, either. Arie pushed that thought aside. The things she’d seen were all that really mattered.

Arie tried sitting up, but tubes tethered her to the bed. She fell back, weak.

“Arie, that’s enough. You’re getting too excited. You need to rest.”

Her father walked in, holding two cups of coffee. He was wearing his favorite Christmas sweater—a faded green wool sprinkled with appliqués of tiny reindeer pulling teensy Santas all over it. Arie had given it to him when she was twelve and he’d worn it every December since. His brown eyes sparkled when he saw her. “Well, look who’s awake.” He handed his wife her coffee, then took her spot on the bed.

More hair brushing. Must be a thing people do in hospitals.

Arie tried again. “Dad, I went to heaven. It was beautiful.”

“Oh, for crying out loud,” her mother snapped. “Not this again.”

She whipped around. “Did they say her medication would do this? I’ll check with the nurse.” She strode out of the room.

“Shh.” Her father covered her hand. His touch was soothing.

Not a foreign state for Evelyn Stiles. But how could a pastor’s wife be upset about heaven? Arie was so tired she almost couldn’t force the question out of her mouth.

“Arie, I know something’s happened to you. Something . . . life-changing. And I want to hear all about it when you’re able. I do. But you need to understand; something happened to us, too. The doctor . . . honey, the doctor told us you were dead. We thought we’d lost you. We were still sitting with him in that awful little room, trying to comprehend what happened, when a nurse came running down the hall. I think your mother is still trying to process everything. She needs time.”

“Daddy, it was so beautiful.”

“I know, honey. You’re going to tell me. But not now. Close your eyes.” He trailed his fingers over her forehead, a magical touch from her childhood. It erased the day, he’d said every night as he tucked her in.

The small room felt like a coffin, hot and stifling, all the air used up in the swelter. People always talked about Wisconsin as if it only had winters, but summer, though as fleeting as a butterfly kiss, also carried a punch.

If there was any air conditioning in the office, Arie couldn’t feel it. The one small window had two file cabinets jammed up against it. Dusty manuals and three-ring binders piled on top killed off any hope of fresh air. Arie angled her arms away from her sides, irrationally hoping for a stray breeze to offset the dark circles forming there. Another trickle of sweat slid down her spine, pooling along the waistband of her skirt.

The man sat silently across the table from Arie. Basil Gallo wore his cropped black hair short, tight to his scalp, broken only by a crescent-shaped scar over his left ear. The scar trailed across the side of his head like a little pink worm.

Arie tugged at the scarf she’d used to hide her own wound curling at the base of her throat. The fabric was itchy and didn’t help matters with the heat, but with only a few months having passed since the attack, the gash was still puffy and an ugly dark red. She hated it.

Gallo’s leg jiggled manically as though he was trying to siphon off an overflow of energy. Darting black eyes scanned the wad of papers he clasped.

Arie couldn’t help staring at his hands. When not scrutinizing papers, he gestured wildly, accenting every statement with emphatic jabs of his stubby fingers. Dark patches of silky hair scattered ever so lightly across his knuckles, adding shadows to the movement. His hands were so clean. Her gaze returned like a cognitive tic to stare at his hands, wondering how he got them so clean. Nobody else would notice or even care, probably, unless they knew what this man did for a living.

She needed this job. And considering the nature of it, she hadn’t thought there would be a lot of contenders for the position. But the stack of applications next to the guy’s elbow was disconcerting.

Arie cleared her throat nervously. Gallo looked up sharply, but she had already plastered on an appropriately pleasant expression. Her left eye twitched at the effort. She faked a cough into her fist, using the distraction to scoot back in the chair. Her pantyhose were in full mutiny; one side half-twisted clockwise in an attempt to cut off the circulation to her leg, and the other surrendered to a snag that, despite a blob of iridescent Tango Mango nail polish, threatened to uncase her thigh like an over-boiled sausage. She silently cursed her mother’s relentless indoctrination in “how to be a lady.” What other twenty-five-year-old wore pantyhose these days?

He pronounced it “Airy,” an image she would never relate to.

“It’s Arie, like the initials R. E. Arie Stiles.” They were the initials for her given name, which Arie told only to the IRS and God. She tugged at the scarf again.

“Fine. Arie. What makes you think this is something you can handle? It ain’t like TV. I don’t care what you see on those stupid crime shows. There’s nothing exciting about death.”

Arie was tempted to tell him just how familiar with death she really was, but she wasn’t sure whether that would make her appear more qualified or just weird. Instead, she merely said, “I know it’s not. Blood doesn’t bother me—other people’s, that is.”

She didn’t think it did, anyway.

“Blood is the least of it. Wait ’til you go home and find someone’s brain stuck on your shoe. Besides, it’s the smell that gets to people.”

“Smell. Death has a smell. It gets in your clothes, your hair, your mouth, everywhere. You’re gonna be tasting it days later. I’m tellin’ you. It gets
inside
you.” Smiling, Gallo tapped the cage of bone that protected his heart, assuming he had one.

“Providing this kind of service”—his eyes held Arie’s, as though daring her to challenge the euphemism—“is not for the weak. We take care of the problems no one else can handle.” His hand—that clean hand—cut through the air, sweeping the “problems” away. “Don’t kid yourself that this is just some small-town outfit. We’re right here next to the I-94 corridor. We run jobs from Madison to Milwaukee and wherever else we need to. We go in; we handle the situation. We’re what you might call the specialists of death.” His fingers twitched quote marks over the last few words.