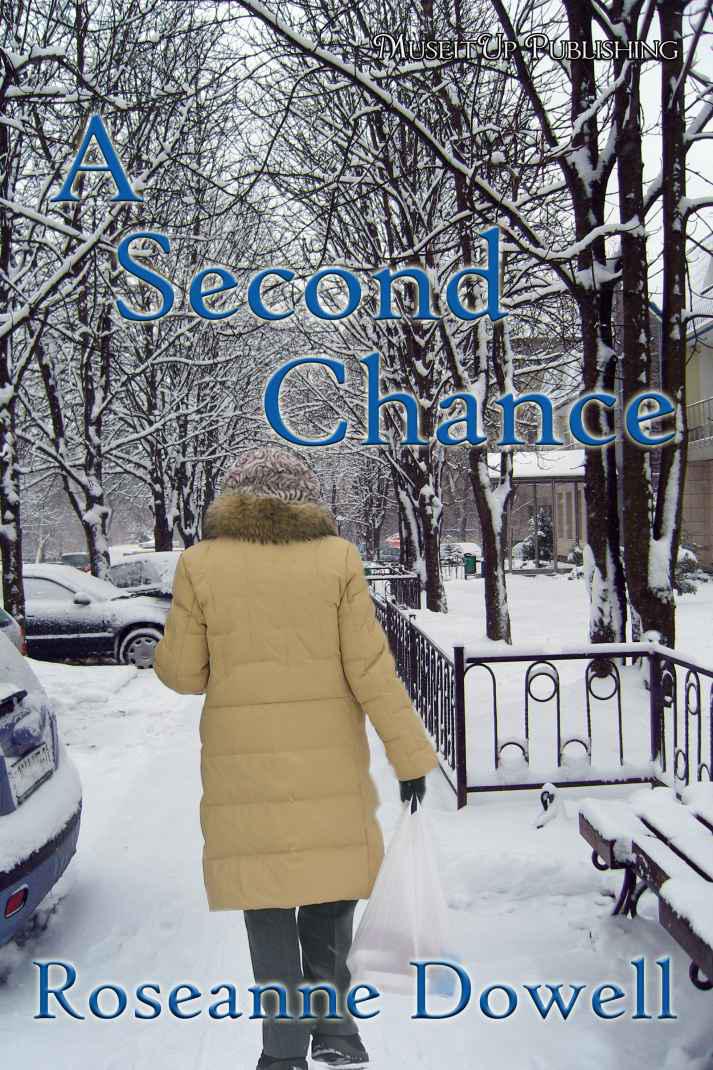 Fifty-eight year old, Christine’s family and friends are always trying to play matchmaker, much to her chagrin. When she returns home from a vacation over the Christmas holiday, her daughter introduces her to a sexy, handsome, man. A man, she’s much too attracted to. One—she tries to resist, but eventually gives in, and begins to see him on a regular basis. At least she does until her ex husband appears on the scene and wants a second chance at their marriage. 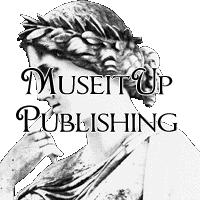 Damn! Christine stood tiptoe, trying to see over people’s heads. She hurried down the long corridor through the crowded airport. Pushing the shoulder strap back up on her shoulder, she readjusted her overnight bag. She should have taken Lisa’s advice and borrowed her pilot’s bag; at least it had wheels. She hated this, hated traveling, and hated crowds, but she was down on the ground in one piece. Worst part of flying, taking off and landing.

Christine peered through the crowd, spotted her daughter and hurried toward her family. She couldn’t help but smile, her grandchildren’s faces looked like a breath of fresh air among the busy travelers.

Hello, who’s that tall, handsome man next to Lisa? Not another fix-up, she hoped
.
She let out a low groan. When was her daughter going to learn she didn’t want a mate? Her life was fine just the way it was.

But still, a
handsome man
. The way his salt and pepper hair curled around his ears and the way his graying mustache drooped about his mouth caused her heart to flutter. She always was a sucker for a man with a mustache. Probably because her father had one. The slow, easy smile that started with a twitch of his lips caused a quiver in Christine’s stomach. His smoky blue eyes captivated her.

Jenna and Richard raced toward her. Christine hugged her grandchildren but maintained eye contact with the man, curious about the stranger. “Gram, we missed you!” They said in unison.

“It’s good to be back in Cleveland.” She hugged each of them and took their hands. “Come on, let’s get my luggage. I can’t wait to get home.” Something about the stranger fascinated her. He looked comfortable, yet sophisticated and confident in faded jeans and a white turtleneck under a navy blazer. His eyes held hers. She wanted to look away but couldn’t.

Lisa stepped forward and gave Christine a quick kiss and hug. “How was your trip?”

“Good, but I’m so glad to be home.” Christine still couldn’t pull her gaze off the man, try as she might. She glanced at Lisa, but her gaze moved back to the stranger as if her eyes had a mind of their own.
Quit gawking, you’re acting like he’s a movie star or someone important.

“Oh, Mom, this is Derek’s uncle, Steven Payton.” Lisa finally made the introductions. “Uncle Steve, my mother, Christine Rollin.” Lisa gestured toward each of them.

Steven’s rough hand covered hers, igniting smoldering sparks, starting in the pit of her stomach. Christine groaned inwardly and pulled her hand away, trying to ignore him. Not normally a rude person, but something about him invited it. He annoyed her. His magnetism made her uncomfortable. She hadn’t reacted to a man like this since Tony, and that ended in disaster.

Instead, she focused her attention on Jenna and Richard. “I sure have missed you two.” She looked at her grandchildren and avoided Steven’s eyes. Seeing the sign for baggage claim, she headed toward it. “Let’s go. I can’t wait to get home.”

“Can we stop for dinner?” Jenna hooked her arm through Christine’s. Her long blond hair bounced as she kept up the rapid pace Christine set, leaving all but Steven lagging behind.

Christine threw him a sullen look. He lifted an eyebrow and winked at her through long dark lashes. Great
,
she amused him. Who did he think he was, God’s gift to women?
A
bit arrogant…but so darn good looking.
Stop it
, she told herself. She was acting like a fool, why was she letting this man get to her?

“You’re hungry too, aren’t you, Uncle Steve?” Jenna’s voice broke Christine’s thoughts and drew Steven into the conversation as Jenna linked her other arm through his.

Something about her granddaughter’s tone aroused Christine’s suspicions. This sounded like a setup.
Playing matchmaker again.
Her family and friends had been trying to match her up since Tony divorced her two years ago.

Christine’s stomach growled, reminding her she hadn’t eaten since breakfast. “I suppose we can stop for dinner.” Besides, a restaurant held more appeal than the confines of Lisa’s kitchen with Uncle Steve nearby. If they didn’t stop for dinner, Lisa would expect to fix something.

At the restaurant, Steven held Christine’s chair out before sitting opposite her. Still too close for comfort at the small table. Curious about him, she glanced over the top of her menu, and caught him staring at her. He winked, and she pulled the menu up to hide the blush she knew crept into her cheeks. What drew her to this man?

“Uncle Steve just moved back from New Zealand,” Lisa explained. “Derek and I insisted he stay with us.”

Unsure how to reply, Christine just nodded. Now she knew something was fishy in Denmark. Lisa had tried to set her up with Derek’s business associates and just about every widower, divorced, or single man she met.

“Uncle Steve’s a confirmed bachelor.” Richard announced loud enough that people from other tables looked at them and smiled.

“Oh...” Christine couldn’t resist this one. “How have you managed to remain single all these years?” So, they
were
matchmaking again.
Well, Mr. Payton, you won’t be single much longer if Lisa has her way
. Christine shuddered at the thought.

And neither would she
.

Something told her she was treading on thin ice here. Too darn attractive for his own good, the type of man to break women’s hearts and walk away. Once was enough for her, thank you very much.

“Never found the woman of my dreams.” Steven leaned back and rocked in his chair. “And I guess I never found a woman with enough patience to put up with me.” He straightened, reached across the table, patted her hand, and grinned.

“And, why haven’t we met you before now?” Christine pulled her hand away and put it on her lap out of his reach. “I thought I met all of Derek’s relatives.”

“I haven’t been back to the states much since my parents passed away, about twenty years ago. And my job prevented much travel.” His gaze locked on hers as he spoke. “Derek and his mother are the only relatives I have left.”

Christine mumbled an apology and turned her attention to Jenna and Richard. “So what have you two been doing during the holiday break? Skiing, skating?”

Jenna and Richard chattered the rest of the meal, and Christine relaxed and enjoyed them, but she couldn’t keep her gaze from straying to Steven. Of course, sitting across the table from him made it difficult to not look at him. But did she have to openly stare?

Grateful she made it through dinner, and uncomfortable with the feelings Steven stirred in her, she stood to go.

When they reached the car, Lisa handed the keys to her uncle. “You drive, and Mom, you sit in front, and I’ll sit in back with the kids.”

Oh you are clever, Lisa,
Christine thought. She would have protested but knew it wouldn’t do any good. Good thing the drive home only took ten minutes. She couldn’t believe Lisa was being so obvious about this. Fortunately, Richard and Jenna were still in a talkative mood, and the ride home passed quickly.

Steven pulled the car into her drive, put it in gear, popped the trunk, and got out. He grabbed her luggage and had it halfway to the door before Christine could protest.

Irritated with his attitude, she followed.
He’s sure taking liberties. Who does he think he is?
She could handle her own luggage. He’s arrogant and too good looking for his own good.
Oh stop it, Christine,
she admonished,
he’s being helpful, a gentleman, that’s all.
What made her think he was interested in her anyway? Like she was so special. He probably acted the same way with all women. With his good looks, she doubted he lacked female companions.

He stopped at the door and waited for her. When he took the key from her hand, opened the door, reached inside, and flipped on a light, a warm sensation began in her stomach, and spread outward as he looked down at her.

Something told her this man was dangerous territory. “Thank you.” Christine’s insides trembled. She hoped her voice sounded calm. Holding her hand out for the key, she wished him away.

“Dinner tomorrow.” He said it as a statement not a question.

She felt her eyes narrow. A habit she never managed to break when someone irked her.
How dare he be so presumptuous?
“Sorry, I’m busy.” Closing the door halfway against him, she tried to hide behind it.

He reached up, and combed his fingers through her short blond hair. The small gesture electrified her. She backed away. He chuckled, winked at her, and pulled the door closed behind him.

Darn it all, why was she acting like a silly teenager who had a crush on the football captain? Infuriated at the feelings he instilled in her, she leaned against the door. Her body trembled. From anger or attraction, she wasn’t sure. Christine shook her head, trying to clear it.

Exhausted from her trip, Christine went to bed, trying to erase Steven from her mind. She closed her eyes and visions of his laughing eyes appeared. She turned the pillow, punched it, and closed her eyes again, willing herself to sleep. Darn it, why did that man affect her like this? She tossed and turned through a dream-filled night.

Steven went back to the car, whistling. What a woman. Everything Derek said and more—attractive, sexy, and spirited. Too bad she was so cold. Not that she didn’t have a reason to be. Derek explained about the divorce and how it devastated her. Took her awhile to put her life back on track. The classes she attended did a lot for her self-confidence, Derek said. Thing was, she threw herself into her work and classes, so she didn’t have much time for a social life, other than family.

Lisa and Derek had hoped she’d meet someone interesting in her classes but no such luck. Not that they expected miracles with him, far from it. After all, he was a confirmed bachelor, Derek laughed. And they certainly didn’t expect him to fall in love with her or anything, just help pull her out of her shell. If he was interested, that is. Strangest damn proposition, he’d ever heard. But what the hell, he liked women, and he was a stranger in this country after all these years. He enjoyed female companionship. What did he have to lose? He’d move out of Derek and Lisa’s home as soon as he found his own place. If he and Christine didn’t click, no big deal, he’d never have to see her again. Or at least not often. Family functions, mostly.

He pulled the car into the garage and followed Lisa and the kids into the house, thankful no one had asked what he thought of Christine.