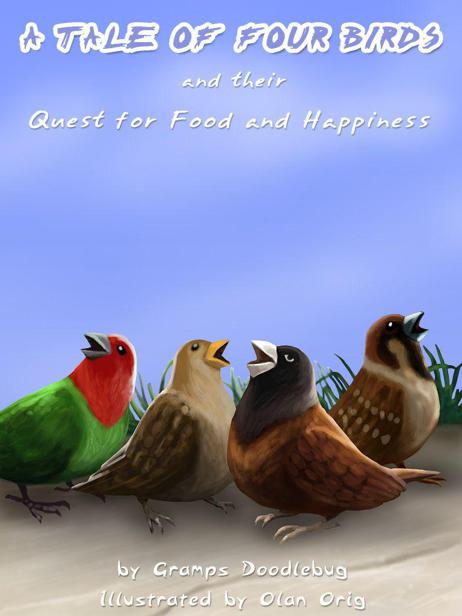 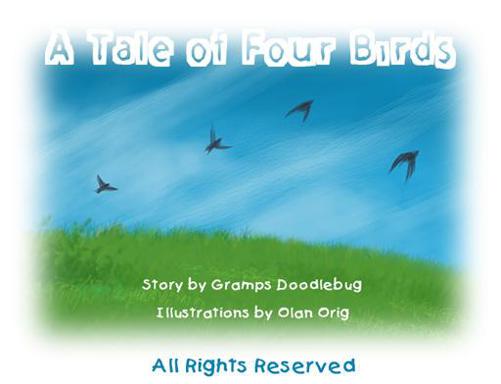 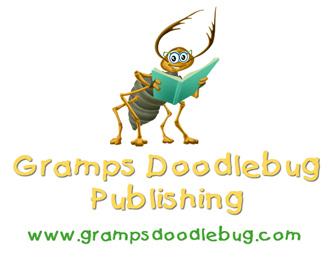 This is a work of fiction. All characters and events in this book are products of the author's imagination or used fictitiously. Any resemblance to actual events, locales, organizations, or persons, living or dead is entirely coincidental.

No part of this publication may be replicated, redistributed, or given away in any form without the prior written consent of the author/ publisher.

A Tale of Four Birds

Four birds gathered together in search of food: a Baya Weaver, a Chestnut Munia, a Tree Sparrow, and a Parrot finch. Each came from a different place. They grouped together hoping that somebody would give them something to eat with their collective voices. They had been singing here and there like small kids singing Christmas carols, but no one seems to care for them. 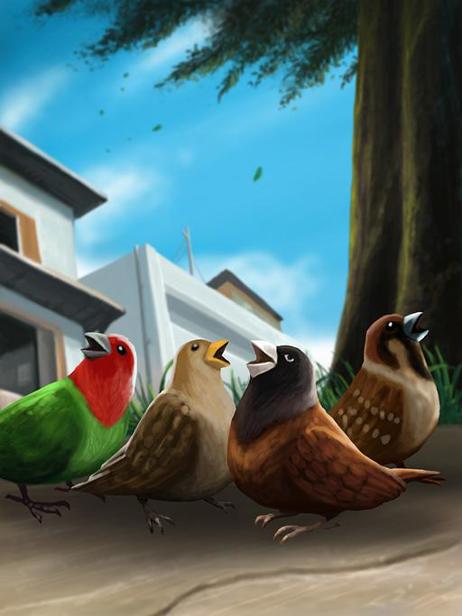 They reached a big house gleaming with Christmas decorations. They perched on aluminum patio chairs, and they prepared themselves to belt out a song. They wanted to impress the rich owner. They expected someone from the big house to give them as much food as they wanted.

After singing, they waited for someone to come out to give them something to eat. They waited for quite a while, but nobody appeared. They decided to sing another song. The pitch was different for each bird, but they seemed to sing under the same rhythm. They did their best to get their voices noticed; they sang with varying loudness.

They stopped singing when a happy old man came out. 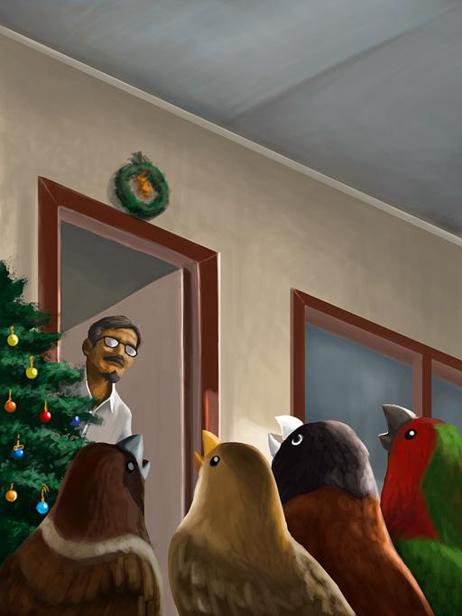 "Oh, look at these lovely little birds," the old man said after putting on his glasses. "You sing well, like my little granddaughter."

The old man inspected the appearance of the birds, and he was amazed when he realized that the birds were not of the same family. The Parrot finch had a green plumage with red markings on its head and tail. The Baya Weaver had a brown streaked plumage with a short tail. The Chestnut Munia had black markings on its head with a chestnut brown body and light grey beak. The Tree Sparrow had a plain grey breast with black and light brown streaks on its upper body.

The birds begged the old man to give them food to eat. They had been on a long journey, and they had found only a small amount of food along their way. They had never been so hungry in all their lives. 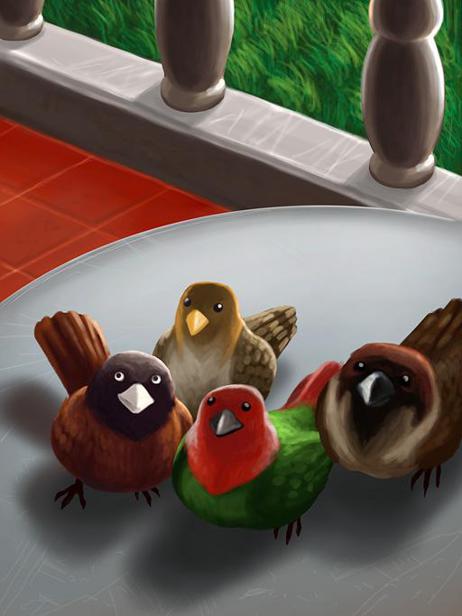 The rich man understood that the birds were hungry. "But all we have right now are meat and canned goods," he said, thinking about how he could help feed the birds.

"I know of a place where you can find your food," said the old man after a while. "Head to the east and look for the man with a straw hat. That man has a lot of food to give. You must hurry because he might trade his supply of food for something else soon." 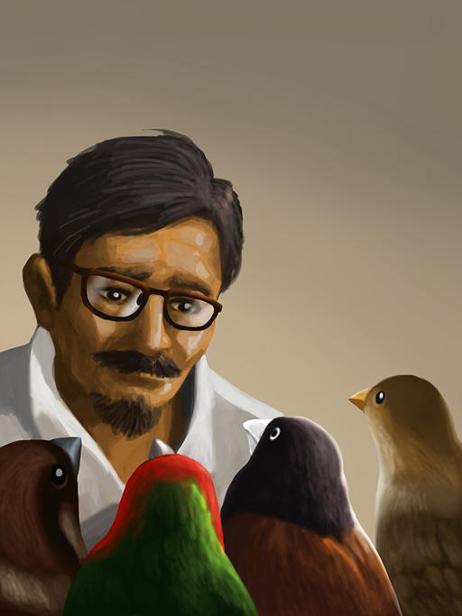 The birds looked at each other in awe and after thanking the rich man, they flew toward the east with excitement.

"It is Christmas time, after all," the rich man murmured as he gazed at the flying birds. "Everyone deserves to be happy, even the hapless birds." 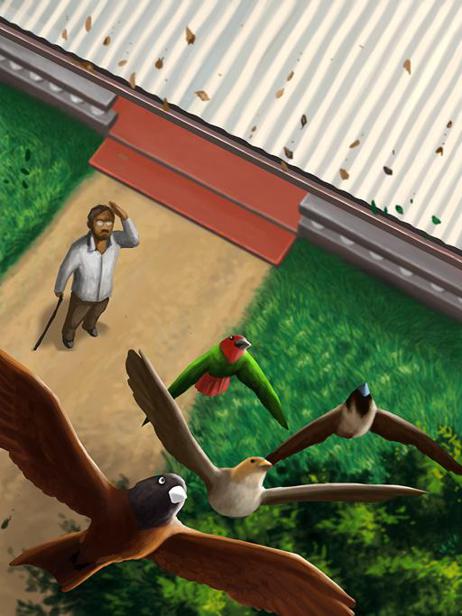 The four little birds went on searching for the one referred to by the rich man. They saw a small hut beside a dusty long road, and they decided to check who was inside. They perched on a bamboo fence and again, they made their presence known by singing a song.

A middle-aged man came out with a tired-looking face. His eyes widened as he tried to see the visiting birds more clearly. 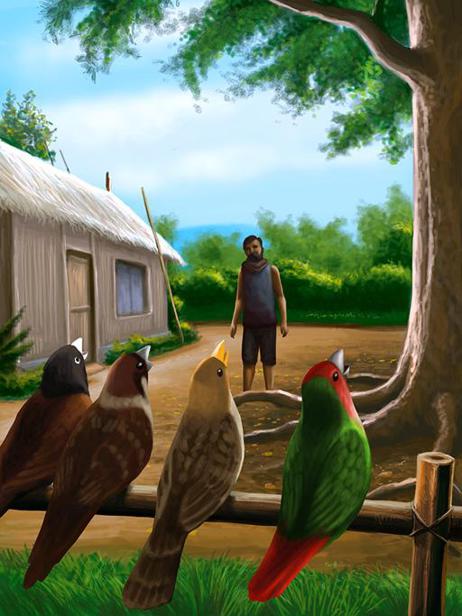 "Are you the man with a straw hat?" the Parrot finch inquired very eagerly.

"I have a straw hat, but I'm not sure if I'm really the one you are looking for," said the man, massaging his chin that was covered with a beard.

"We are looking for the man with a straw hat who has a lot of food," said the Tree Sparrow.

"Nonsense!" the man exclaimed. "Most men with straw hats are poor, just like me. There is nothing I can give you. If you are looking for food, you better go to the rich man's house up in the north."

"But we just came from that house," argued Chestnut Munia. "The owner said we need to find the man with a straw hat." 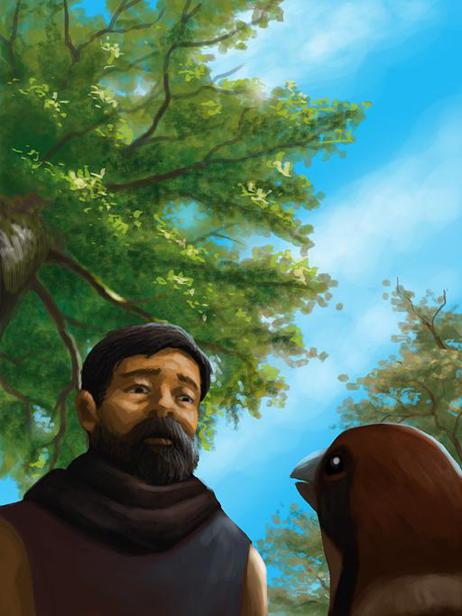 "Oh, that selfish old fellow," said the man. "I think he was just making an excuse not to give you anything. Better try your luck in other places then," he suggested with a tone that suggested the birds should be on their way.

Past the Shallows by Parrett, Favel
Night Mares in the Hamptons by Celia Jerome
Whiskey Wedding (Tasting Nashville series Book 3) by Kimmie Easley
Trapped by Gardner, James Alan
The Orphans (Orphans Trilogy Book 1) by Matthew Sullivan
Krewe Daddy by Margie Church
Agent 21: The Wire by Chris Ryan
Karen Harbaugh by The Marriage Scheme
Finding the Magic by Cait Miller
The Wings of Ruksh by Anne Forbes
Our partner