Read A Train in Winter Online

A Train in Winter 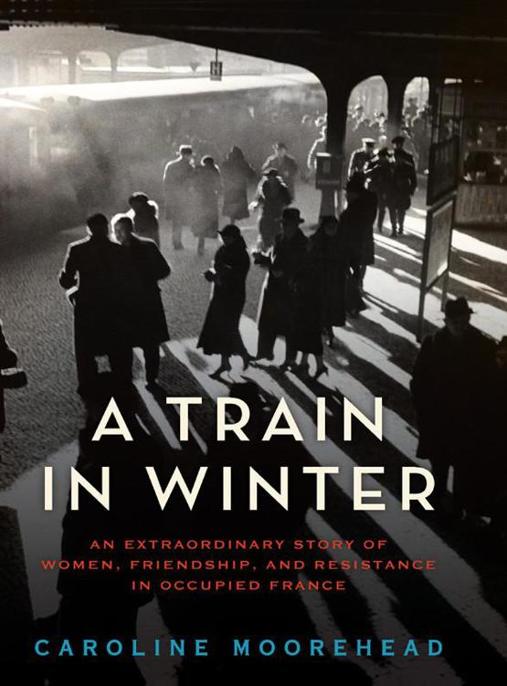 An Extraordinary Story of
Women, Friendship, and Resistance
in Occupied France

Chapter 2    The flame of French resistance

Chapter 3    Daughters of the Enlightenment

Chapter 4    The hunt for resisters

Chapter 5    Waiting for the wolf

Chapter 11  The meaning of friendship

Chapter 14  Pausing before the battle

Chapter 15  Slipping into the shadows 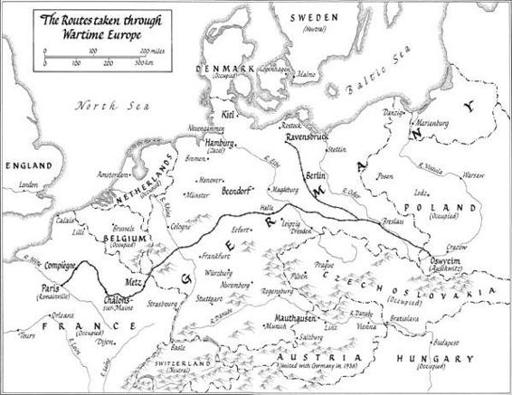 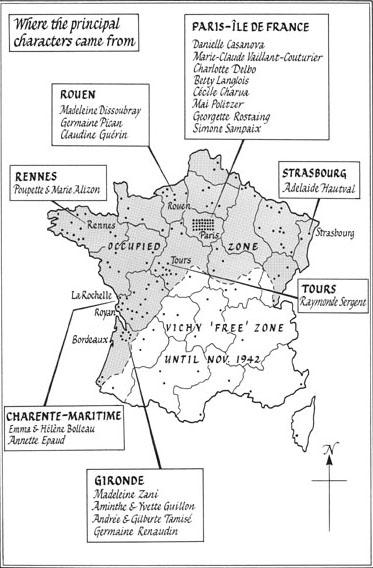 On 5 January 1942, a French police inspector named Rondeaux, stationed in the 10th arrondissement of Paris, caught sight of a man he believed to be a wanted member of the French Resistance. André Pican was a teacher, and he was indeed the head of the Front National of the Resistance in the Seine-Inférieure; there was a price of 30,000 francs on his head for the derailing of a train carrying requisitioned goods and war materiel to Germany.

Rondeaux’s superior, a zealous anti-communist Frenchman and active collaborator of the Gestapo called Lucien Rottée, thought that Pican might lead them to other members of the Resistance. Eleven inspectors were detailed to follow, but not to arrest, him.

Over the next two weeks, they searched the streets of Paris in vain. Then, on 21 January, an inspector carrying out a surveillance of the Café du Rond near the Porte d’Orléans thought he saw a man answering to Pican’s description. He followed him and watched as he stopped to talk to a thickset man in his thirties, with a bony face and a large moustache. Rottée’s men stayed close. On 11 February, Pican was seen standing outside a shop window, then, at ‘15.50’ entering a shop in the company of a woman ‘28–30 years of age, 1.70m high, slender, with brown hair curling at the ends’; she was wearing a ‘Prussian blue coat, with a black belt and light grey woollen stockings,
sans élégance
’. The policeman, not knowing who she was, christened her ‘Femme Buisson-St-Louis’ after a nearby métro station; Pican became ‘Buisson’. After watching a film in Le Palais des Glaces cinema, Pican and Femme Buisson were seen to buy biscuits and oysters before parting on the rue Saint-Maur.

In the following days, Pican met ‘Motte Piquet’, ‘Porte Souleau’ and ‘Femme No. 1 de Balard’. Not knowing who they were, the police officers gave them the names of the places where they were first seen.

On 12 February, Femme Buisson was seen to enter the Café au Balcon, where she was handed a small suitcase by ‘Merilmontant’ —a short woman in her mid-thirties, ‘c. 1.55m, dark brown hair in a net, black coat, chic fauve leather bag, red belt’. By now, Pican had also met and exchanged packets with ‘Femme Brunet St Lazare’ (‘34, 1.60m, very dark, pointed nose, beige coat, hood lined in a patterned red, yellow and green material’), and with ‘Femme Claude Tillier’ (‘1.65m, 33, dark, somewhat corpulent, bulky cardigan and woollen socks’). ‘Femme Vincennes’ (‘1.60m, 32, fair hair, glasses, brown sheepskin fur coat, beige wool stockings’) was seen talking to ‘Femme Jenna’ and ‘Femme Dorian’. One of the French police officers, Inspector Deprez, was particularly meticulous in his descriptions of the women he followed, noting on the buff rectangular report cards which each inspector filled out every evening that ‘Femme République’ had a small red mark on her right nostril and that her grey dress was made of angora wool.

By the middle of February, Pican and his contacts had become visibly nervous, constantly looking over their shoulders to see if they were being followed. Rottée began to fear that they might be planning to flee. The police inspectors themselves had also become uneasy, for by the spring of 1942 Paris was full of posters put up by the Resistance saying that the French police were no better than the German Gestapo, and should be shot in legitimate self-defence. On 14 February, Pican and Femme Brunet were seen buying tickets at the Gare Montparnasse for a train the following morning to Le Mans, and then arranging for three large suitcases to travel with them in the goods wagon. Rottée decided that the moment had come to move. At three o’clock on the morning of 15 February, sixty police inspectors set out across Paris to make their arrests.

Over the next forty-eight hours they banged on doors, forced their way into houses, shops, offices and storerooms, searched cellars and attics, pigsties and garden sheds, larders and cupboards. They came away with notebooks, addresses, false IDs, explosives, revolvers, tracts, expertly forged ration books and birth certificates, typewriters, blueprints for attacks on trains and dozens of torn postcards, train timetables and tickets, the missing halves destined to act as passwords when matched with those held by people whose names were in the notebooks. When Pican was picked up, he tried to swallow a piece of paper with a list of names; in his shoes were found addresses, an anti-German flyer and 5,000 francs. Others, when confronted by Rottée’s men, shouted for help, struggled, and tried to run off; two women bit the inspectors.

As the days passed, each arrest led to others. The police picked up journalists and university lecturers, farmers and shopkeepers, concierges and electricians, chemists and postmen and teachers and secretaries. From Paris, the net widened, to take in Cherbourg, Tours, Nantes, Evreux, Saintes, Poitiers, Ruffec and Angoulême. Rottée’s inspectors pulled in Pican’s wife, Germaine, also a teacher and the mother of two small daughters; she was the liaison officer for the Communist Party in Rouen. They arrested Georges Politzer, a distinguished Hungarian philosopher who taught at the Sorbonne, and his wife Maï, ‘Vincennes’, a strikingly pretty midwife, who had dyed her blond hair black as a disguise for her work as courier and typist for the Underground, and not long afterwards, Charlotte Delbo, assistant to the well-known actor-manager Louis Jouvet.

Then there was Marie-Claude Vaillant-Couturier, ‘Femme Tricanet’, niece of the creator of the Babar stories and contributor to the clandestine edition of
L’Humanité
, and Danielle Casanova, ‘Femme No. 1 de Balard’, a dental surgeon from Corsica, a robust, forceful woman in her thirties, with bushy black eyebrows and a strong chin. Maï, Marie-Claude and Danielle were old friends.

When taken to Paris’s central Prefecture and questioned, some of those arrested refused to speak, others were defiant, others scornful. They told their interrogators that they had no interest in politics, that they knew nothing about the Resistance, that they had been given packets and parcels by total strangers. Husbands said that they had no idea what their wives did all day, mothers that they had not seen their sons in months.

Day after day, Rottée and his men questioned the prisoners, brought them together in ones and twos, wrote their reports and then set out to arrest others. What they did not put down on paper was that the little they were able to discover was often the result of torture, of slapping around, punching, kicking, beating about the head and ears, and threats to families, particularly children. The detainees should be treated, read one note written in the margin of a report,
avec égard
, with consideration. The words were followed by a series of exclamation marks. Torture had become a joke.

Helltown by Jeremy Bates
Under the Mercy Trees by Heather Newton
The Merger by Bernadette Marie
Love Lost and Found by Mildred Trent
The Daughter in Law by Jordan Silver
The Players And The Game by Julian Symons
John A by Richard J. Gwyn
Captivated (An Affliction Novel) by Raven
Darkest Place by Jaye Ford
The Distance Between Lost and Found by Kathryn Holmes
Our partner