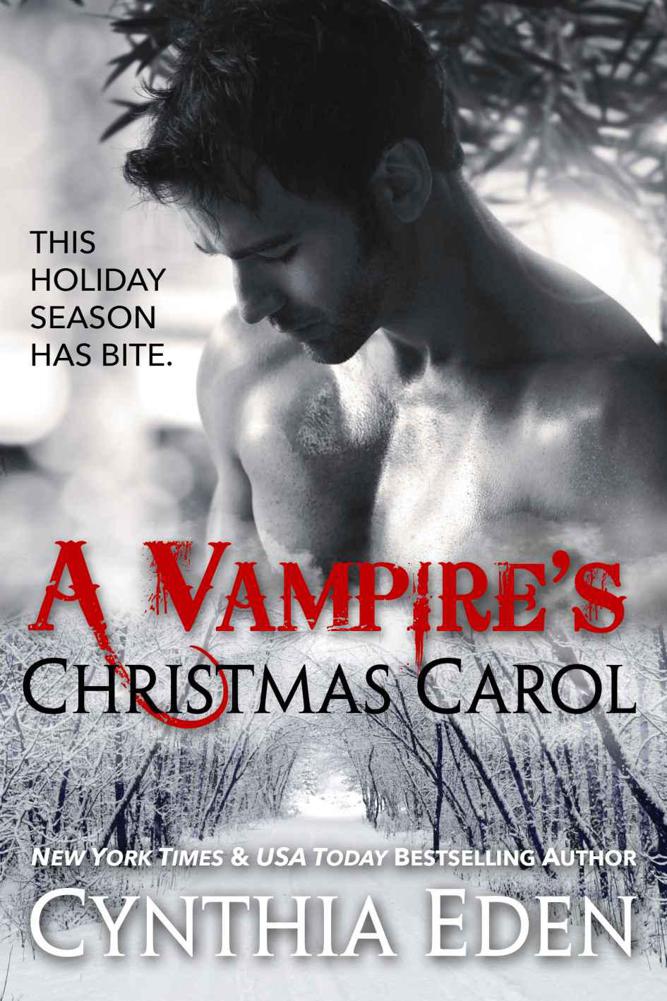 This book is a work of fiction. Any similarities to real people, places, or events are not intentional and are purely the result of coincidence. The characters, places, and events in this story are fictional.

He’d always wondered what it would be like to give in to the call of the darkness. To stop caring about what was right and wrong.

As Ben Prescott stared into the terror-filled eyes of his prey, he smiled.  “It’s going to hurt,” Ben warned.

The man within his grasp whimpered.

“But then, you’ve hurt plenty of people, haven’t you, Miles? That’s why I chose you.”  The snow fell lightly down on Ben as he held his prey pinned to the brick wall of the alley.  “If anyone deserves some pain, I think it’s you.”

Yes, that was the usual reaction of Ben’s prey.

Ben shook his head. “You thought that you were the monster people needed to fear.”  Miles had taken plenty of victims. Miles seemed to particularly enjoy hurting women. Women that he abused and humiliated before he finally ended their misery. “You were wrong.”  Ben drove his fangs into his prey’s throat. The blood flowed over his tongue, hot and powerful.  Miles still wasn’t fighting him. As if a human’s strength could have stopped Ben.

“Let him go, Ben.” The voice was low, rasping, and far too close.

Ben lifted his head.  His prey sank to the ground. Still alive, but only barely.

A siren screamed in the distance.

“The cops are coming,” that rasping voice told him. “You need to get out of here before they find you.”

“I’m not finished with him yet…” Miles still breathed, so Ben’s work wasn’t done.

“You truly want to kill him? Come on, death is too easy…”

Ben wouldn’t know how easy death was.  He’d only been dead for about two minutes before he’d risen again. “Who the fuck are you?” Ben snarled.

It was night, Ben’s preferred hunting time, but his vision was perfect. He could see better than any cat in the darkness. That enhanced vision was a little perk of his undead condition.

The voice had come from the mouth of the alley, but shadows hid the speaker. The shadows were unnatural, though, a trick of magic, and he couldn’t see through them.

“I’m your second chance,” the voice told him. A man’s voice.  Vaguely familiar. “You should probably say thanks now, and, you can also wipe the blood from your chin.”

Ben swiped the blood from his chin, and then he leapt toward those shadows. He wasn’t afraid of magic. Ben wasn’t afraid of anything or anyone. When you were a vampire, you didn’t have the luxury of fear.

You had the thirst for blood.

You had an endless span of nights stretching before you.

And you had power. So much power. Enough to push a sane man right over the edge.

His fingers closed around the speaker, and he shoved the man out of the alley. The shadows dissipated as the snow fell on them, and Ben found himself staring into a pair of bright blue eyes.  Eyes that he knew.

The man before him was tall, just an inch or two under Ben’s own six foot three height. The fellow’s shoulders were broad, and his arms were covered with intricate tattoos.  The tattoos also circled the man’s neck. Swirling, dark tattoos that—if you looked at them closely—were moving.

The guy in front of him wasn’t actually a man at all.  William Marley was a demon.

Only in his nightmares.  Ben dropped his hold on William. Demon blood burned like acid in a vampire’s mouth. He had no plans to make that particular SOB into a meal. Behind him, Miles moaned in the alley.

“Forget him,” William murmured. The sirens cried out again, louder this time. “The cops will handle the human. As much as you want to do it, you shouldn’t kill him.”

“Oh, yeah? Why not?”  Ben’s hands fisted. “Do you know what he’s done? How he
enjoyed
hurting them?”

William rolled back his shoulders. “I’m not concerned with Miles Gavin. I’m here for you.”

Ben’s heart slammed into his chest. Despite the stories that circulated, vampires were actually still alive. Their hearts beat. They needed oxygen to breathe. Their “death” was just a transition as their bodies stopped being weak and human and became something far more powerful.

But…
When a demon says he’s there for you, hell is coming.

“Since you remember me, I’m sure you easily recall the first night we met,” William continued. The tattoos around his neck seemed to darken even more.

Ben did remember that night.  He’d been a newly turned vampire then. Wild with power. Broken by grief. He’d found William in a cemetery. The demon had been getting the hell beat out of him by four shifters.  Because he’d felt like dancing a few rounds with death, Ben had joined the fight.  Only one shifter had managed to escape alive that night, and as for William…

“I owe you for saving me,” William said softly.

The sirens were too close. The cops would be there any moment. “Screw the debt,” Ben said as he pushed past the demon. He’d have to finish Miles another time. “You don’t owe me anything.”  He started walking through the snow. The small town of Desolate, North Dakota, wasn’t his usual sort of hunting ground. He’d only gone to the little town in order to find Miles.  In the last ten years, Ben had become very good at tracking his prey of choice.

Killers. Rapists. The men who deserved to be hunted—and to become Ben’s victims.

He trudged through the snow. The demon didn’t follow him, and Ben was glad to ditch the guy. The last thing he wanted to do was talk with William Marley. The fellow reminded him—too much—of what he’d lost.  Because when Ben had gone to the cemetery, he hadn’t joined the battle to save William.

I went into the fight because I wanted to die.

Only he hadn’t. Instead of the shifters killing him, Ben had been the one to take them down. No matter who or what he fought, Ben always survived, and he was left to walk this damn earth endlessly.

The police cruisers flew past him.  Ben hunched his shoulders and pulled his coat closer.  The cold didn’t bother him.  His body healed from nearly any injury, so when his fingers got too cold, they just started to reheat a few moments later.  He healed and he lived and he
hated
it.

Ben walked through the small town until he found the pickup truck that waited for him. He’d left the truck near the town’s lone bar. He jumped inside the vehicle and was back at his little cabin within moments.  The cabin was a dump, but he’d stayed in worse places. Far worse.

And to think…once, he’d lived in penthouses. The world had been at his feet.

Now he spent his time in darkness.

He slammed the cabin’s door shut behind him. Ben marched toward the empty fireplace and—

Flames erupted in that fireplace, shooting out at him. Swearing, Ben leapt back as the heat lanced over him. The flames rose, licking near the cabin’s sagging ceiling.

Then Ben saw the demon in the middle of those flames.
William.
Demons could control fire at will. The tricky SOBs could also teleport any place they wanted, in the blink of an eye.

“I don’t remember inviting you inside,” Ben snapped when the flames finally started to die down. The jerk demon had singed his ceiling.

Vampires and fire didn’t mix so well.  Fire could kill a vamp, just as surely as a stake and beheading combo.  A stake alone wouldn’t do the trick, not permanently.  To keep a vampire from rising, the vamp’s head had to be removed.

Or the vamp’s body had to be burned until only ashes remained.

William laughed. “Your kind needs the invitation to enter. Not mine.”  The flames vanished. William’s tattoos swirled.  “I’m here to repay a debt, and that’s exactly what I’m going to do.”

Ben ground his teeth together. “I never meant to save you. Does that cancel the debt?”

The demon’s head cocked to the right. His hair was long and dark, hanging to his shoulders. “Do you know what tomorrow is, vampire?”

Sure he did. He might be a vamp, but he wasn’t an idiot. As he’d slogged through the town of Desolate, Ben hadn’t exactly missed the decorations that hung from every storefront. “Christmas.”  Just saying the word made pain wrench through him.  He’d become a vampire ten years ago, right before Christmas. He’d lost
her,
right after the clock struck midnight on what the humans thought was such a happy day.

Ben raked a hand through his hair. “I fucking hate Christmas.”

William’s lips twitched, then he waved his hand toward the bare cabin walls. “That would explain the lack of decorations in your, uh, charming abode here. You know, a tree, some garland—shit like that would really liven up this dump.”

“Talk about stating the obvious.” William sighed. “I’m a demon, but I’m not evil.” His lips definitely twisted into a smile this time. “
And I fucking love Christmas.
I mean, seriously—presents? Spiked eggnog? How does it get better?”

Ben’s temples started to pound. “Get out of my house.”

“I don’t know that this place qualifies as a house.”

The demon was a total dick.

William shook his head. “Besides, I can’t just walk away from you. That’s not how it works.” His gaze dipped around the little cabin once more. “Maybe I’ll decorate it for you. I’m sure
she
would appreciate some Christmas touches.”

Right. The demon was a dick,
and
he was insane. “There aren’t any women here. Just one psychotic demon and—”

“A vampire who is getting his
last
chance to change.”  The words held no humor. Only cold, hard promise. “The others downstairs, they wanted to mark you as evil already. To just put your name on the list and consider your fate sealed.”

“The powers-that-be have looked ahead, you see, and they know what you’re going to do.”

“But I don’t think you’ve crossed the line yet,” the demon said with another shake of his head. “And since I owe you, I agreed to do this little routine once more.”

William shrugged. “I’ve done it a few times in the past. Sometimes it works.” Sadness crept over his face. “And, sometimes there is no saving the lost.” His gaze raked over Ben. “The debt I owe you
will
be paid by midnight. One way or another.”

“I don’t care if your blood burns,” Ben said, pushed too far. “I’m about to drain you.”

The fire flared again, and in the next instant, William was right in front of Ben.  The demon was
fast.
“You should be more grateful. You’re immortal. One of the most powerful vampires I’ve ever come across. But you’re going down a dark and dangerous path, a path you don’t want to take.”

Ben offered him a grim smile. “It’s the only path for me.” Blood and death and demons. Yeah, that all seemed right.