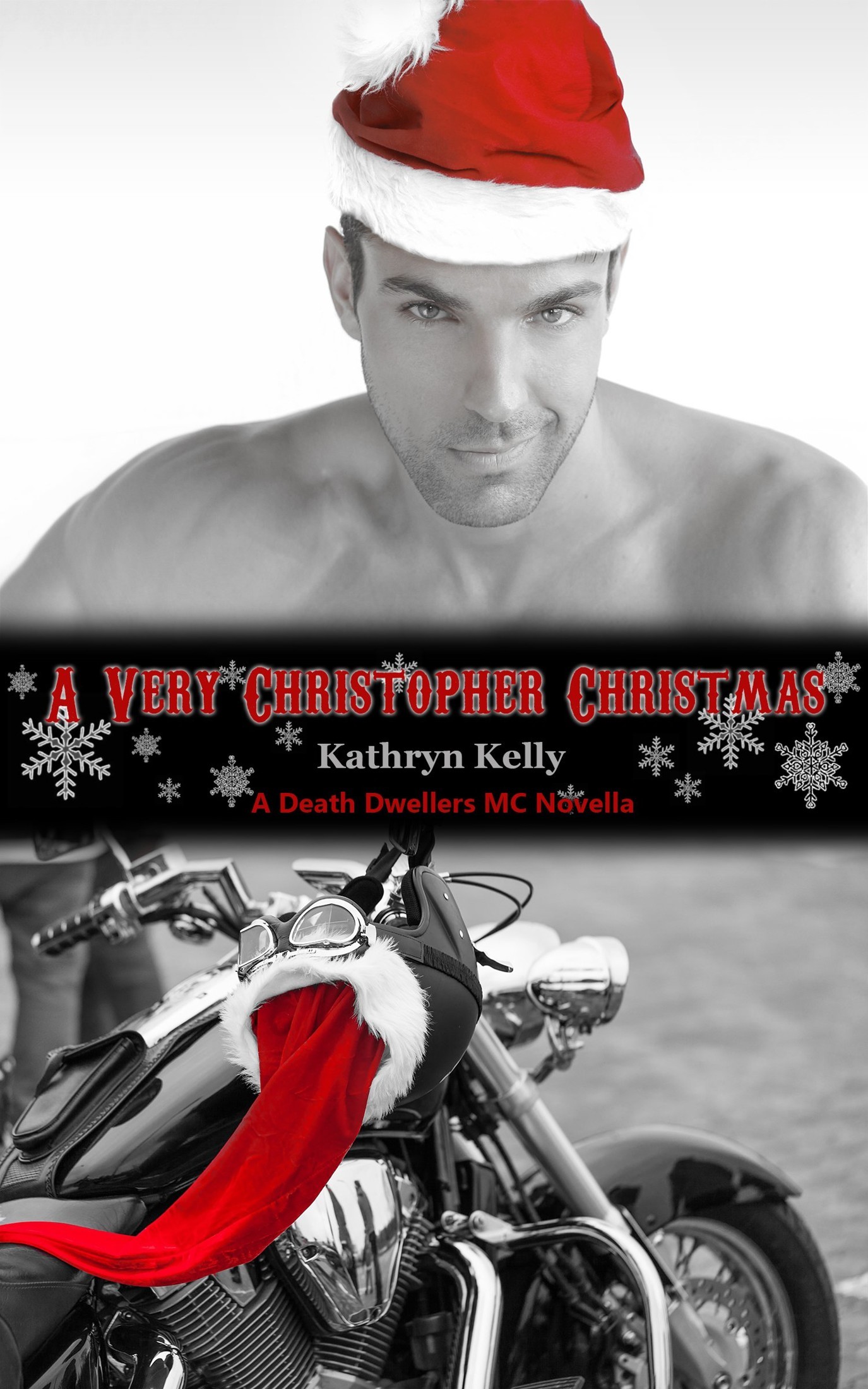 This book is a work of fiction. Names and characters are the product of the author’s imagination and any resemblance to actual persons, living or dead is entirely coincidental.

This eBook is licensed for your personal enjoyment only. This eBook may not be re-sold or given away to other people. If you would like to share this eBook with another person, please purchase an additional copy for each recipient. If you’re reading this eBook and did not purchase it, or it was not purchased for your use only, then please purchase your own copy. Thank you for respecting the hard work of this author.

With all threats extinguished, the club has holiday celebrations planned from Halloween to New Year's Day. The biggest events as far as they know is the arrival of babies for two couples. Unfortunately, an arms deal goes awry and puts a damper on the club's good cheer.

What is the meaning of the holiday season to Christopher "Outlaw" Caldwell? He’s sworn to give Megan a drama free holiday and has even put in a place a no-bloodshed moratorium until after the first of the year for his club members. Will he be able to keep his promise to his girl or will all hell break loose?

To Cancer Survivors – Thank you for your battle and your willingness to share your experiences, so that the ones who come behind you find comfort, strength, and the will to fight on.

To Fans of the Death Dwellers Series – Thank you for giving me the courage to focus on something other than my illness. I know this isn’t Misfit, but I promise you Cash, Stretch, and Ophelia’s story will come.

To The Breast Cancer That Changed The Direction of my Life – You’ve challenged me, strengthened me, and shown me how to put everything into perspective. Before my diagnosis, I thought the words ‘fuck off’ meant something. Until you, Breast Cancer, came along, I really didn’t know the beauty of the value of those words. So I say, fuck off, Breast Cancer. You may try to defeat me, but you never will. Hear me roar with the courage you’ve given me to face you.

As always, getting a book out would be impossible without the skills and knowledge of Kaylene Osborn and K.E. Osborn of Swish Design and Editing, Crystal Cuffley of Rockin’ Red Heads Promotion, Danni List Werner, who keeps me in line, and Claire Richards, my assistant who meets whatever challenge I put forth. You all make my job really easy and for that I thank you.

Kat’s Krewe, Kat’s Bodacious Babes, and Outlaw’s Bitches, thank you for standing behind me and promoting me even though I’ve been offline for weeks due to chemotherapy side effects. I appreciate each and every one of you.

‘Twas The Night Before Christmas by Christopher Caldwell

Connect With Me Online

About the Author – Kathryn Kelly

Christopher “Outlaw” Caldwell stopped his pickup in front of the two-story home with the red shutters and killed the engine. The place looming before him was a house of fucking horrors, and not only because it had belonged to Satan’s fucking twin, AKA Logan Donovan, AKA Christopher’s grandfather.

Or, maybe, Christopher should say it belonged to the demonic duo who made Satan a triplet. Along with Logan, Sharper Banks had been reunited with their evil brother, Lucifer. The fucked up part was Logan and Sharper had out-eviled the devil. That’s how fucking vile those two motherfuckers had been, and the house Christopher stared at served as one of their little circles of hell.

Up and down the street, symbols of Halloween decorated many yards. To the left, fake headstones popped up amongst the plastic skeletons laying in haphazard positions. On the right, an inflatable witch, Frankenstein, and a pumpkin carriage seemed so innocuous. It was just after ten in the morning, so some motherfucker must’ve forgotten to deflate the shit. Down the street, a family of bloodied dummies hung from a tree.

But nothing compared to the real thing, the living nightmare that just seemed like a vacant house surrounded by the colors of autumn. Trees trapped between seasons, part green and part brown. Grass that remained lush and inviting, despite the chilly air.

He blinked at the sound of his wife’s voice, wishing he didn’t have to do this right now when she was so heavy with their new baby. When, to him, she didn’t look well at-fucking-all. But in the months since he’d discovered the house and its link to Megan, he’d gotten rid of the drugs hidden in the secret room. He’d solved the mystery of why Logan and Sharper hadn’t just stormed the fucking place—that so many lives had been lost over—to obtain entry. And he’d made the decision to sell it, although it would be best served blown the fuck up.

However, since it was in Megan’s name, and he already was keeping one awful secret from that dark time all those weeks ago, he’d tell her about the house.

She shifted in her seat, drawing his eyes to the mound of her belly. “Why are we here?”