Read A Will and a Way Online

A Will and a Way 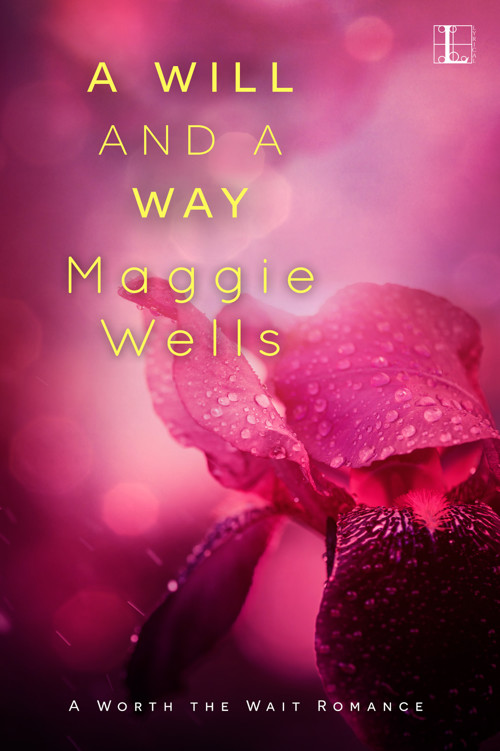 Consummate ladies man Will Tarrant has made it to middle age without walking down the aisle. People think he’s anti-marriage, but he knows he just hasn’t met the right woman yet. Then he lays eyes on Southern Belle Betty Asher—in the neighborhood pub of all places. She’s new in town, perfectly gorgeous—and a perfect lady. But can Will be a perfect gentleman?...

With small town life and her cheating late husband behind her, Betty is looking forward to big city adventure. When she captures the attention of the local heartthrob, she even indulges in some hot and heavy flirtation. After all, it isn’t everyday she gets to play the merry widow. She assumes their acquaintance will end there, until a job interview lands her in Will’s office—and in his arms once more. Despite their irresistible attraction, Betty’s enjoying her freedom, while Will’s finally ready to put a ring on it. Now he’ll just have to convince her that nothing could be sweeter than being tied down—with him…

A WILL AND A WAY

Worth the Wait series

A Will and A Way

A Will and A Way

A Worth the Wait romance

For all those who wait (and wait) for the right one to come along.

Enormous thanks to my editor, Marci, who has not only whipped my prose into shape, but been a great partner through my adventures with Lyrical Press. To Martin, Renee, Michelle, and the whole Kensington/Lyrical team, my deepest gratitude for your continued faith in my work. A thousand 'Huzzahs!' for my fabulous and ever-patient agent, Sara. And last, but never, ever, ever least, to my friend, inspiration and head cheerleader, Julie. My life would truly suck without you!

When I wrote Three Little Words (Lyrical, December 2015), I thought it would be fun to throw a wrench in the works by making Greg's best friend one of Josie's former lovers. You know what? It was fun! I had such a blast writing Will Tarrant that I knew I had to give this modern-day rogue a story of his own. I hope you enjoy getting to know Will better!

Dingy buildings and a whitewashed sky proved to be the perfect backdrop for flyaway wisps of spun-gold hair and a coat the color of everyone’s favorite anti-diarrheal medication. Not a combination he ever dreamed he’d find attractive, but hey, maybe that was why it worked. No matter the reason, Will Tarrant found it impossible to tear his gaze off the woman in the bus shelter.

The light suspended above the intersection shone bright red. He crept to a stop well before the white line and signaled a left turn, but the actions were the swift, easy movements of a man running on autopilot. His gaze drifted across the two empty lanes between him and the weather-battered shelter on the corner, and his autonomic system went on strike.

The hot, dry air blasting from the car’s dashboard sapped the moisture from his eyes. Will blinked and winced, wishing he could blame the Pepto-pink coat for the grimace, but it was no use. He’d just fallen in love again. For the eight-thousand-nine-hundred-and-forty-second time in his life.

He forced himself to drink deep gulps of overheated air. A couple more blinks, and he figured his corneas could be saved. At least from dehydration. There was no saving them from the sight of that garishly girly coat. Or from the wisps of golden hair teasing her cheeks. One intrepid lock adhered itself to her lipstick, and Will groaned. Jealousy sliced through the heat building inside him like the cold steel of a blade drawn from a snowbank. She’d brush that lucky hank of hair away, and he’d never know how soft her cheek might be. Her berry-pink lip gloss would smear, but it wouldn’t be because of him. The light would change, the bus would come, and his heart would slide back down his throat and start beating again.

In the meantime, he planned to bask in the moment. Maybe the parka was what drew him in. Maybe this was nature’s way of telling him his diet was Good N’ Plenty deficient.

He chuckled and leaned forward, bracing his arm on the steering wheel as he angled for a better view. Questionable choices in outerwear aside, she was attractive enough to tempt any man. But good looks weren’t sufficient to squeeze the air right out of a guy who’d known more than his share of pretty women.

Maybe it was the fact that she looked so damn out of place. Like a petunia sprouting out of the blackened snow sludge piled at the curbs. Or it could have been the way she danced from foot to foot, wobbling back and forth like one of those crazed windsock puppets car dealerships were so keen on these days. The awkward little jig momentarily drew his attention southward. She wore knee-high black boots with a series of complicated-looking buckles and the type of heel better suited to piercing a guy’s ass than navigating ice-slicked sidewalks.

Will sent up a selfish, and most likely sacrilegious, prayer of thanks that Old Man Winter wasn’t quite finished with them yet. To his way of thinking, there was nothing sadder than seeing a perfectly good pair of fuck-me boots forced into early hibernation. Still, he didn’t think it was quite cold enough for her exuberant calisthenics.

He shifted in the seat as he nudged his wandering eyes and wayward thoughts toward higher ground. A shaft of weak March sunlight shone down on her like a spotlight. As if the puffy nylon needed high-def enhancement. Will cringed but couldn’t tear his gaze away. The rogue streak of sunshine picked up each strand of fuzz that made up the ridiculous little stocking cap she wore. He smirked, noting the way she’d pulled the loose knit down over her ears as if something his dear, departed Nana could have whipped up with her trusty crochet hook would provide any real warmth.

The more she shivered and stamped, the wider his smile grew. Didn’t Goldilocks know it was springtime? Hell, the thermometer was expected to edge up over forty that afternoon. It was all he could do to resist the urge to pull a pair of shorts from his dresser drawer that morning. This woman was wearing a parka, fuzzy hat, and what appeared to be matching gloves. Of course, he’d been around long enough to know there was a big difference between forty degrees at the height of the day and the frigid stillness at the ass-crack of dawn. He’d dressed weather-appropriate. He just hadn’t espoused the same kind of wardrobe overkill as his bus stop babe.

Though the car’s cabin was toasty warm, Will gave an involuntary shiver as he watched her stamp one spiked heel. The desire to lunge across two lanes and play Sir Galahad was nearly overwhelming. But that might have been a spate of chivalry left over from performing early morning airport shuttle service.

Only the very best friend in the world would drag himself out of a warm bed before dawn. And he was the best of friends. Even if his life-long partner in crime had decided to trade him in for another crack at romance. With a woman whose ass Will had seen. A few times.

Not that Greg would appreciate him making any wisecracks about his new wife’s crack. The fact that Will walked away from her a decade and a half before was truly a testament to the arrogance of youth. But she hadn’t been the one. Close, but not quite.

Minutes had passed. The light cycled through, but since there was no one in the lane behind him, he ignored the left turn arrow.

A strong gust shoved a cloud over the sun. The woman in the pink parka hunched her shoulders and stepped deeper into the Plexiglas shelter. Given its sheer volume, the hideous coat had to be filled with down, or some hippie-dippy ethically-correct alternative. It was zipped and buttoned and cinched in every conceivable spot, but still the woman hugged the shiny fabric close. There was something strikingly vulnerable about the way she hugged herself to keep the chill away. Something alluring about the fluffy gloves that matched her hat.

The word popped into his head in bold blocky letters. As if drawn there in a cartoon bubble. A hot rush of embarrassment scorched his ears and he jerked his gaze from her, mortified that his subconscious could even conjure the word, much less apply it to an article of clothing. Where in the hell had he picked that up?

Mystified, he stared at the red light suspended above the intersection and let his vision blur as he connected the dots. The word evoked images of old movies. Ponytailed girls with wide eyes. Natalie Wood. Wholesome. Innocent. Too good to hang out with thugs who rolled cigarette packs in their shirt sleeves.

Will jerked as the thought struck home. His neck snapped as he turned to peer into the dirt-clouded shelter once more. He pressed his thumb to his shoulder, pushing through the pinch of pain as he studied her closely. His heart lodged at the back of his throat. He tried to swallow it down, but the damn thing was thrumming to beat the band.

The preternatural color of her coat wasn’t what drew his attention. No, it was that silly white hat and those impractical gloves. The whole ensemble was so fresh and new. Snow white in the land of sludge.

She was Betty Cooper from the old
Archie Comics
come to life. An all-American wet dream come true.

Definitely not his usual type.

Will was more of a Reggie than an Archie. He liked the Veronicas of the world. Women a little jaded and a lot wiser. The kind of women who’d never even consider wearing a puffy parka.

His fascination with her, this tugging he felt pulling at his gut, they had to be some kind of a cosmic joke. Another one of Fate’s twisted jabs. It couldn’t be a coincidence that he felt compelled to swoop in and grab this woman, the antithesis of every female he’d chased in his long and somewhat illustrious dating career. This Betty of a woman, who just happened to be standing on this particular corner at this exact moment.

Made You Up by Francesca Zappia
Claiming Trinity by Kali Willows
GladYouCame by Sara Brookes
When the Music's Over by Peter Robinson
The Secret of the Old Mill by Franklin W. Dixon
Feint of Heart by Aimee Easterling
Elaine Orr - Jolie Gentil 05 - Trouble on the Doorstep by Elaine Orr
Against the Season by Jane Rule
Heat Exchange by Shannon Stacey
La espada leal by George R. R. Martin
Our partner