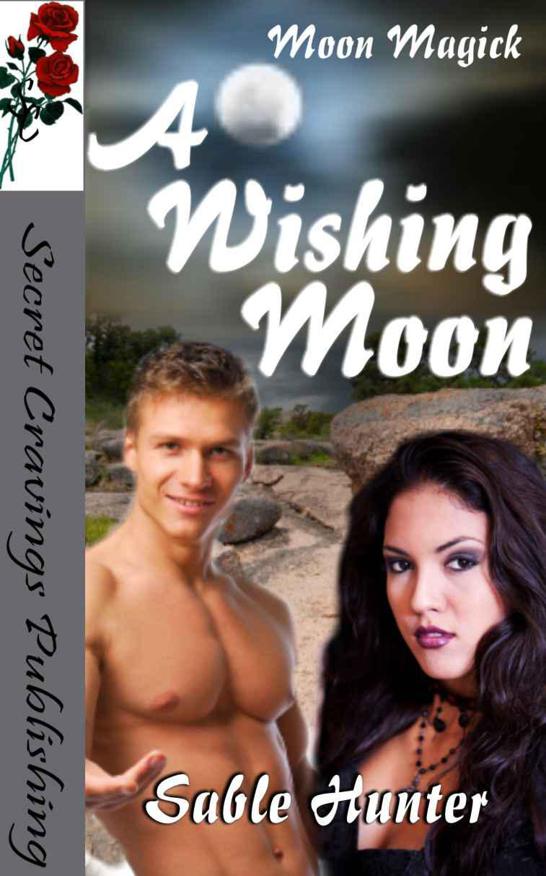 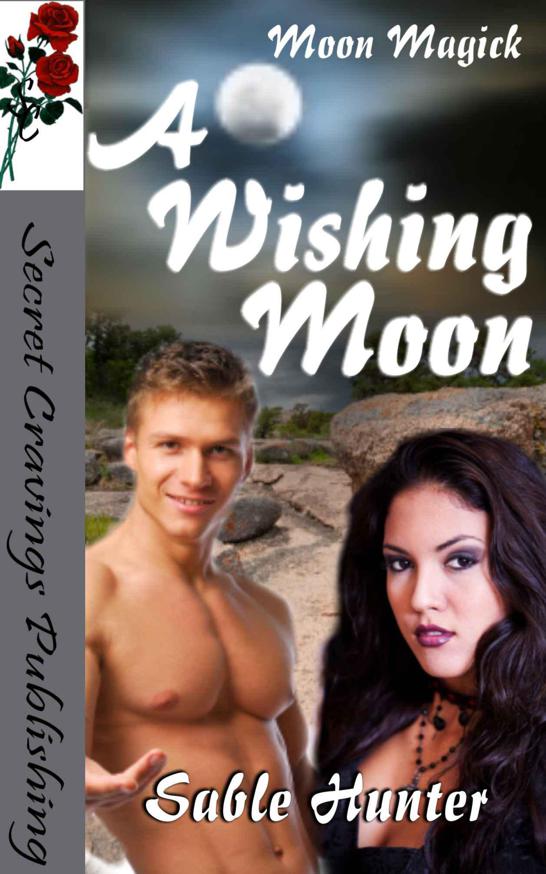 If you find a Secret Cravings Publishing e-book being sold or shared illegally, please let us know at
[email protected]

All cover art and logo copyright © 2011 by Secret Cravings Publishing

This book is dedicated to my family and friends. Thank you for all your support
.

Just the tip of his tongue parted her lips, feathery light, making her push closer, seeking to deepen the kiss. God, she wanted him. Breathing in his scent, she noticed he smelled of warm sunshine and salt spray. The palms of her hands moved feverishly over his golden skin, up over his broad shoulders and around his strong neck. His hair was long, the color of sunflower honey and she couldn't resist winding her fingers in the strands at the back of his head, pulling him nearer to her. She fought the urge to wrap one leg around his hip in a soundless plea to be filled. A desperate hunger in her pussy made her tingle and ache.

Joy coursed through her bloodstream as he cupped her hips in his hands, first pulling her up hard against him, and then picking her up off the ground. Gratefully, she parted her legs and encircled his waist, pressing her soft center up against his rough jeans. Racing uncontrollably, her heart felt as if it were going to burst through her chest. His lips caressed her mouth, and wandered across her jaw and down the side of her neck. She gasped with passion, never had she felt so molten and eager. Arching her back, she met his gaze. Eyes, the color of a tiger’s eye jewel, framed with thick dark lashes feasted on her face. “Who are you?” she gasped.

Instead of the answer she longed for, he bent low and warmly nuzzled the top of her breasts with his lips. The gentle swell peeked from the top of the silk nightgown clinging damply to her fevered body. Muscles in her thighs contracted and she longed to thrust her hips against him.

Delightful stubble on his chin chafed her skin and Arabella reveled in the slight pain the friction generated. “Please…” she breathed. Allowing one hand to support her weight, he slid the other hand between their bodies and gently palmed the silk and lace providing a filmy barrier to paradise. When she offered no resistance, he pressed on, pushing the delicate material aside, slipping his strong fingers deep within her slit. Over and over again he massaged her clit, making her moan with desire. Unable to resist, she nipped the hard muscle of his shoulder, grazing the supple flesh with her teeth.

Light and heat exploded within her and she threw back her head crying out, as she convulsed in ecstasy. He pressed gentle lips to her ear and whispered, “Come to me.” The last thing she saw before reality dimmed was a full wishing moon shining bright in the velvet sky.

Arabella lifted her hips off the bed, searching in vain for someone who wasn’t there. Quaking with desire, she wrapped her arms around herself and tried to breathe. Lying still, she listened to the lonely sounds of silence. The house was quiet. She was all alone, as usual. How wonderful it would be to have someone in her life like that incredible man. She lay there for a moment and relished the sensations she had enjoyed in his arms. Never had she experienced a dream so intense, yet the climax still vibrating between her legs was definitely real.

Searching her memory, she relived the dream. Who was he? He seemed so familiar, but for the life of her, she couldn’t remember where she would have known him from. Maybe the sense of recognition was just an after-effect of the incredibly erotic dream. A face and a body like his would have been impossible to forget. Hugging herself tightly, she fought to hold on to the memory of his touch. When she had awakened from the dream, finding herself alone had been sheer torture. Every fiber in her being longed for him, making her want to reach out and take him in her arms once again. Only, he wasn’t here.

How frustrating. Perhaps the time had come to find a real lover.

She flung the sheet off her body and sat up on the side of the bed. Slowly she stood, and steadied herself enough to walk to the bathroom. Pulling the silk gown over her head, she turned on the shower and faced herself in the vanity mirror. Lifting her long hair from her neck, she twisted the dark strands into a knot and secured the heavy weight with a clip. Leaning closer to the mirror, she gasped. Flipping on the brighter overhead light, she could not believe her eyes or her fingers. Dream or no dream, her neck and upper chest was covered with a faint red rash; a rash left behind by her dream lover’s five o’ clock shadow.

The abrasions on her soft skin seemed to be evidence that more had happened in the twilight hours than just a dream. This intrigued her. How could this be possible? Could he be a real person? Could she return to his arms? The possibilities racing through her mind would have been unusual for most people. However, Arabella Landry was definitely not your typical twenty-four year old woman.

Arabella looked at life through different eyes. For her, the world was a magical place, where probability and certainty could be manipulated by sheer will, and forces existing beyond the bounds of imagination could be tapped into and used to create reality. She had been brought up accepting magick as a way of life.

When she viewed last night’s dream through the lens of magick, a whole new world of possibilities opened up. Something deep within her seemed to be convinced the Adonis with the incredible body actually lived and breathed. Arabella wanted to believe he was a flesh and blood man more than anything.

He had to be real. The words he had whispered were burned in her memory. “Come to me,’ he had said, and she intended to do exactly that…just as soon as she figured out how. She made her shower quick, and after towel drying her body, she slipped on jeans and a soft cotton top.

From the mirror, she could see the reflection of her bed. Nothing would have made her happier than to crawl back between its soft, welcoming sheets and dream. She wanted to see him again. Closing her eyes, Arabella remembered nestling against that incredible chest and clutching those shoulders, which were as broad as a bus. And his face! He had the face of an angel. Undeniably, her dream lover had to be the most powerfully built man she could ever remember seeing, touching, or kissing.

Arabella didn’t have a lot of experience with men. Opening up to people had always been difficult for her. So often when she tried, she’d been slapped down for her trouble. So far, she hadn’t been lucky enough to find a man who could accept her different lifestyle. How incredible it had been to see no judgment in his eyes, only acceptance and desire.

She wanted to hold on to every detail of last night’s dream. The desperation to do something to connect with the sexy phantasm bedeviled her until she realized she needed to make a sketch of him before a single detail of his beautiful face faded from her memory. She sped down the stairs and found her sketchbook. Flipping on the coffee pot, she hopped up on a bar stool and began to draw…
him
. High cheekbones, chiseled features, soft hair, well-defined abs and steel-strong legs all added up to much more than a sum of his parts. The smoldering look she added to his face came straight from her mind’s eye. Arabella ran her fingers over the drawing, remembering how caressing his skin felt. Propping the sketchpad up on the bar, she poured herself a cup of strong, fragrant coffee. Adding sugar and cream, she stirred the mixture and licked the spoon, all the while studying the portrait she had quickly drawn. He still looked vaguely familiar.