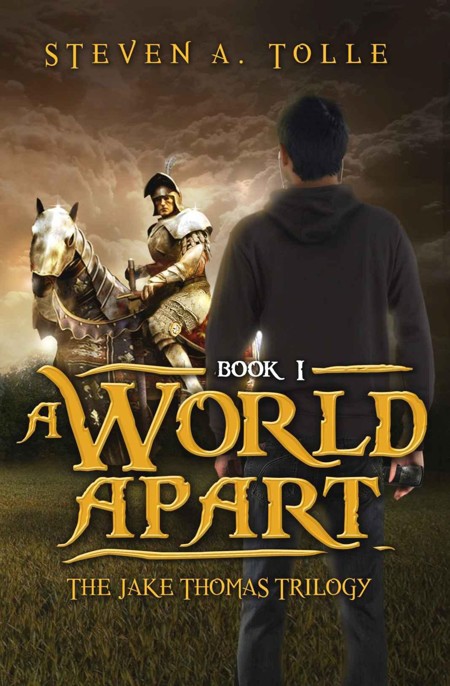 (Book 1 of the Jake Thomas Trilogy)

All rights reserved.  No part of this book may be reproduced in any form, physical or digital, without the express written permission of the author.

This is a work of fiction. Names, characters, places and incidents either are the product of the author's imagination or are used fictitiously.  Any resemblance to actual events or persons, living or dead, is entirely coincidental.

While working on this book, I had the support and encouragement of family and friends.  They provided honest feedback, as well as suggestions to make the story better.

To my friends, Tim Leffingwell, Rich Cole and Brenna Neuharth, I really appreciate you taking the time to review the drafts and offer feedback and suggestions.  I will lean on you again as I work to complete this series.

To my parents, Al and Ruth Tolle, and my brother Jeff, I want to thank you for your love and support, as well as for the input on the several critical decisions on the direction of the story.

Finally, but not least, to my wife, Emily.  Thank you for allowing me to follow this path and for being a "writer's widow" at times, without complaint.  All of my love.

To those who stand in the breach

and confront the forces of Darkness 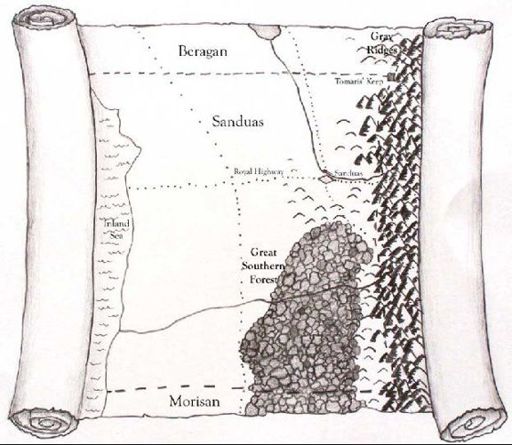 Jake Thomas winced at the angry tone of the voice that called out across the open area behind him.  He had hoped beyond hope that Donald would not hear about the call, but it was clear that he had.  He had not seen him at break between second and third periods.  He thought that he was in the clear as he approached the picnic tables that were scattered around the outside of the cafeteria.  With the late spring weather in full force, he and his friends, Matt Thompson and Sean Bailey, usually ate their lunches outside.  As Matt said, it gave them "opportunities to survey their options", which meant they could check out most of the girls walking around.  They were waiting for him on the far side of the tables.

Jake stood a little over five eleven, with an athletic body, having broad shoulders and a narrower waist.  He had played several sports throughout school, as well as working out at the local health club.  Despite his best efforts in the gym, he always felt he was on the skinny side, which annoyed him to no end, despite comments to the contrary from some of his female friends.  The girls would tell him he was handsome, with his lean face, light brown hair and deep-set blue eyes.  He would, of course, get a bit embarrassed by those comments, making him wish he could be cool and collected around the opposite sex.

He had maintained excellent grades through his four years in high school, involved himself in several after-school activities, and enjoyed math and science.  After graduation, he planned to study engineering or one of the sciences.  He was waiting to hear back if he was going to get into a good college, since he did not get accepted into the Air Force Academy.  He had been really disappointed when he did not get in, feeling he had let down his dad, who had served in the Army, even though his father had been nothing but sympathetic and supportive.

Despite the obvious geek factor, he was a fairly popular guy, as his activities had enabled him to get to know people in most of the social circles that made up high school.  As Matt had said, he seemed to have the knack to get along with everyone.  Well, almost everyone.  He blew out his breath and straightened his shoulders as he turned around to face Donald Drake.

"Just great..."  He thought.  Donald was coming up to him, face angry, fists clenched.  Donald was only about an inch taller than Jake, though more heavily muscled.  Jake was sure that the girls found him attractive with his close-cut sandy blond hair and brown eyes.  Of course, his father being one of the richest men in town did not hurt, either.

He had a couple of friends with him, John Stone and Robert Sheldon.  Jake knew both of them from freshman football and used to get along with them.  That was until Jake stopped playing football after he had injured his knee while camping the summer before his sophomore year and they started to hang out with Donald.

Donald was a different story, though. They had known each other for years and had never really liked each other.  They had gone to the same elementary school where Donald used to needle Jake constantly.  When they played one Little League season together, Donald always seemed to have some crappy little comment ready when Jake dropped a ball or missed a swing.  Even when they went to the same church for a while, Jake had to endure some sort of smack talking from Donald.

They ran in different circles here at high school, which was fine with Jake.  Unfortunately, not much had changed.  He still thought Donald was a prick, definitely stuck on himself and always flaunting his father's money.  Donald made it a point to go out of his way to embarrass Jake, especially around girls, always throwing out digs and snide comments.

They had exchanged some angry words at a homecoming party last fall after Donald, in front of everyone, had brought up Jake's inexperience with girls.  He had mocked Jake's awkwardness when he had attempted to strike up a conversation with Sabrina Bollen.  Their friends had separated them before it came to blows and, since then, they had only exchanged glares.

"I heard about your little phone call."  Donald said loud enough for everyone within twenty feet to hear.  Heads turned to see what was happening.  "Sabrina is my girlfriend now, you little prick.  Stay away from her or I will kick the crap out of your sorry ass."

"Dude, I didn't know you were dating her."  Jake responded, keeping his hands to his sides and trying to stay calm.  "If I had, I wouldn't have asked her to Senior Prom.  Chill out, it wasn't a big deal."

"I think someone trying to poach my girlfriend is a big deal.  You heard me; stay away from her or you will be spending prom in the hospital."  Donald replied, glaring at Jake.

"It is going to a bit hard to stay away from her since I have her in two periods."  Jake replied sarcastically, feeling trapped between his desire to get out of this without fighting and not being seen as a coward with all of his classmates watching.  "What do expect me to do...act as if she is not there?  Man, I said I didn't know that you two were dating.  Move on, it's over."

"You have a smart mouth, asshole."  Donald spat as he took a step forward, fists rising.  "Let's do this."

Jake stepped back, as John and Robert moved to block off his ability to move right or left, mind racing to figure out how he was going to get out of this.  Despite not wanting to look the coward, he was unsure about his ability to fight one person, let alone three opponents.  He was also aware that all of the eyes around the picnic area were on him.  He did not want to look like a wuss by running away, but wasn't sure if getting beat up in front of all of his classmates would be any better.

Out of the corner of his eye, Jake saw someone move up next to him.  The person spoke.  "You want to mess with someone three-on-one, how about giving me a try?"  Jake recognized Michael Yount's voice.

Mike, as he preferred to be called, had once been a close friend of Jake's.  He was a little shorter than Jake, but very muscular.  Mike and Jake had played youth and freshman football together.  Even then, Mike had been built and always seemed to be the strongest and toughest guy in the group.

Jake could still vividly remember the hit Mike laid on him in freshman football.  They were running some full contact drills at practice when Jake was given the ball on offense and Mike was playing linebacker.  Jake had come out of the backfield and slipped around the edge of the line.  The quarterback saw that and threw to Jake.  He caught the ball and turned upfield.  He had only taken a couple of steps when he felt like he had been hit in the side by a truck.  One moment he was running; the next he was on the ground, laying on his side, sucking for air.  Through the sweat, dirt and grass in his eyes, he saw Mike standing over him.  Mike stood there grinning until he realized that Jake was hurt.  After that, Mike had appointed himself Jake's mother hen while his bruised ribs healed.  If Mike thought that anyone hit Jake too hard, he let them know.  For a while, the hits were half-hearted at best; the defenders had one eye on Jake and one on Mike.