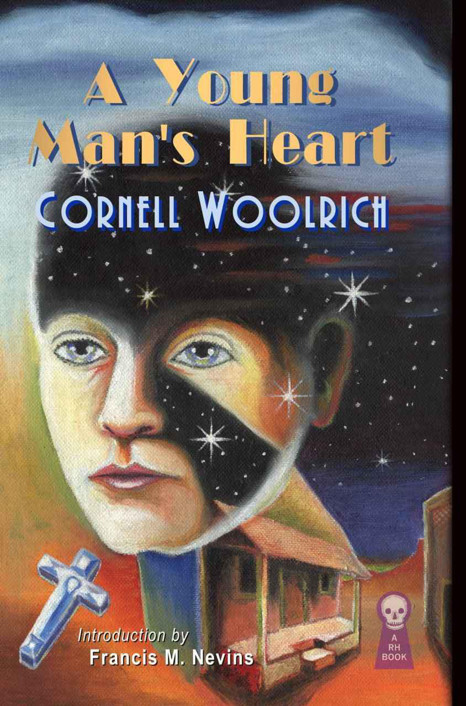 He was the Poe of the 20
th
century and the poet of its shadows, the Hitchcock of the written word and one of the founding literary fathers of
film noir
. The career that earned him those tags began in 1934 when he started selling stories and short novels to pulp magazines like
Dime Detective, Detective Fiction Weekly
and
Black Mask
. After several years of writing almost exclusively for these markets he moved into the field of hardcover suspense novels, beginning with THE BRIDE WORE BLACK (1940). Those novels continue to be reprinted in paperback and new collections of his shorter fiction still come out in hardcover today, almost forty years after his death.

When he first began writing, however, he hadn’t a clue that he’d become famous for suspense fiction. His original ambition, like that of almost every young man of the 1920s with a literary bent, was to be the next F. Scott Fitzgerald. The six novels and 30-odd short stories that he wrote during his first period have remained buried for generations, but now there seems to be a mini-revival of interest in them. Pegasus Books will soon release the first-ever paperback edition of MANHATTAN LOVE SONG (1932), which back then was published as a mainstream title but by contemporary standards is clearly a crime novel, and one with close ties to some of Woolrich’s suspense classics. A YOUNG MAN’S HEART, which has never been reprinted in any form since its first publication in 1930, is certainly no crime novel. But to anyone interested in the death-haunted master of suspense it’s a source of endless fascination. And questions.

His full name was Cornell George Hopley-Woolrich and he was born in New York City on December 4, 1903. His mother and maternal grandfather figure prominently in Woolrich’s posthumously published autobiographical manuscript BLUES OF A LIFETIME. His father doesn’t appear in that work at all but plays a key role in A YOUNG MAN’S HEART, and some background information about Woolrich’s ancestry on the paternal side helps in understanding the novel.

That we now know much about this subject is due to Peter Woolrich, a Canadian who is related to Cornell through common great-great-grandparents and has exhaustively researched his family’s roots. Briefly, James Woolrich (1761-1823), an Englishman born in Yorkshire, emigrated to Montreal, in the Canadian province of Quebec, and became a prosperous dry goods merchant as well as a shipowner, banker and land speculator. In 1791 he married Magdeleine Gamelin, a union that produced nine children. One of their sons was Thomas Hall Woolrich (1802-1842), whose marriage to Mehitable Shaw of Nova Scotia produced Thomas Hopley (or Hopply) Woolrich. This man, who was born in Quebec in 1829 or 1830 and lived until at least 1916, migrated from Canada to the Mexican state of Oaxaca, where he had eleven children by at least five women. His first wife, Aurora Sandoval, was the mother of his son Genaro Hopley-Woolrich, who was born in the early or middle 1870s.

Genaro himself was a complete enigma until, late in the 1990s, chance put me in touch with his half nephew Carlos Burlingham (1925-2004), a psychiatrist whose mother was a daughter of Thomas by his fifth marriage. Thomas, whom Carlos described to me as “a man who hung around many women,” was both Carlos’ maternal grandfather and the paternal grandfather of Cornell Woolrich. In the early 1940s, when Carlos was in his teens, he lived with his Tio Genaro for more than a year. The memories he shared with me before his death provide the only solid information we have about Woolrich’s father.

Thomas or Tomás Hopley-Woolrich was prosperous enough not only to support children by five marriages but to subsidize North American educations for them. “My grandfather sent all his children to different schools in the United States,” Carlos told me. After completing his education Genaro “went to work building the subway system in New York City.” It was probably in 1901 or 1902 that he met Claire Attalie Tarler (1874-1957). Claire’s father, George Abelle Tarler (1849-1925), was a prematurely white-haired Russian, the son of a rabbi. After emigrating from his native Odessa to Panama and then Mexico, he settled in the United States and became a pioneer in the import trade with Central America, dealing in real estate as a sideline. He married Sarah Cornell (1855-189?) early in 1874 and Claire was born on November 29 of the same year. She married Genaro a few years after her mother’s death.

Genaro, so Carlos told me, was not happy living away from his homeland. “Every child that my grandfather had, they always could not stand the environment. They always wanted to come back to Mexico. Genaro was exactly that way . . ..He said to Claire: ‘I have to go. I don’t like this place. Your role is to follow me.’ ” They left New York in 1907, taking three-year-old Cornell to Mexico with them. The marriage did not long survive the move. When the couple separated it was decided that the boy would stay with his father at least until adolescence. Claire Attalie Woolrich (as she continued to call herself for the rest of her life) returned to New York and the Tarler household.

That Woolrich and his father must have had a very rocky relationship is illustrated by an anecdote that one of Carlos Burlingham’s many uncles told him generations ago and that Carlos shared with me. “There was a situation that happened in the city of Oaxaca. I don’t know how old Cornell was but he was probably walking around in the park or something like that, came back to the hotel where he and Genaro were staying and found his father with a woman in his bed. He created a mess and became quite upset and angry, because his idea was that his father was very loyal to his mother even though they were separated. Perhaps uncle Genaro never spoke with him regarding the trauma of the separation and the finality of the separation. He probably had this idea that sooner or later they were going to get back together.”

From his perspective as a psychiatrist Carlos looked back on Genaro as “somewhat schizoid, extremely withdrawn, extremely silent . . ..He had a custom of getting up late in the morning. Before dinner he would have two or three shots of rum, and then some more after dinner and some more before supper.” One can’t help wondering if Woolrich’s own withdrawn personality and problems with alcohol were the dark side of his inheritance from his father.

In early adolescence Woolrich had the experience that would mark him forever. It happened, he says in BLUES OF A LIFETIME, “one night when I was eleven and, huddling over my own knees, looked up at the low-hanging stars of the Valley of Anahuac, and knew I would surely die finally, or something worse.” This, he tells us, was the beginning of “the sense of personal, private doom” that has been with him ever since. “I had that trapped feeling, like some sort of a poor insect that you’ve put inside a downturned glass, and it tries to climb up the sides, and it can’t, and it can’t, and it can’t.” There is no more perfect description of our situation in the world as Woolrich sees it. From that feeling springs almost everything in his
noir
novels and stories that is most distinctive and intense and chilling. Not having begun yet to write that kind of fiction, in A YOUNG MAN’S HEART he never alludes to this experience.

In his mid-teens his painful life below the border with Genaro came to an end and his life as a New Yorker with his mother and the Tarlers began. For the first ten years or so after his return to the States, Woolrich’s home address was 239 West 113
th
Street, an imposing house near Morningside Park, completed at the turn of the century and occupied ever since by his grandfather and other members of his family. George Tarler was the only man after Genaro who played a major role in shaping Woolrich’s life and world. In his own last years he still recalled countless details about his grandfather: that he spoke “four of the main European languages” and loved opera and kept several glass cases in the house crammed with curios from his travels in Mexico and Asia. It was Tarler who, on a visit to Mexico City, had taken the 8-year-old Woolrich to see a performance of Puccini’s then recent opera MADAMA BUTTERFLY, introducing the boy to color and drama and the world of tragic love and unhappy endings in an intensely visual ambience—elements which were to become building blocks in his own fictional world—and it was Tarler who, after the adolescent Woolrich had come up to New York, took him to the movies once a week, introducing the teen-ager to the medium which over the years was to teach him how to write visually.

Woolrich was still living with his mother and maternal grandfather in 1921 when he enrolled as a freshman at Columbia University, just a short walk from 239 West 113
th
Street. He was alone in the house one day a few years later when the doorbell rang and he went downstairs and found in the vestibule a uniformed policeman who announced bluntly that Grandfather Tarler was dead. We know from the New York
Times
obituary that the date was April 25, 1925, and that George had died of a heart attack as he entered his lawyer’s office downtown, at 41 Park Row. “It was the first time I’d ever come up against death,” Woolrich wrote decades later in BLUES OF A LIFETIME. When his first novel sold to a major publisher, he left Columbia and spent the next several years writing the mainstream novels and short stories with which he hoped to establish himself as the next Fitzgerald.

A YOUNG MAN’S HEART, the fourth of his six pre-suspense
novels, was published in November 1930 by a short-lived house little better than a vanity press and was reviewed almost nowhere. Much of it takes place in a large nameless metropolis south of the border which is clearly meant to be Mexico City.

Miss Taken by Milly Taiden
Cards on the Table by Agatha Christie
The FitzOsbornes in Exile by Michelle Cooper
TUCKER: Valley Enforcers, #3 by Abi Walters
The Wedding Deal by Marie Kelly
Alien in Chief by Gini Koch
Into the Nothing (Broken Outlaw Series Book 1) by BT Urruela
Rugged by Lila Monroe
Addicted by Charlotte Stein
Forget Ever After by Kallysten
Our partner