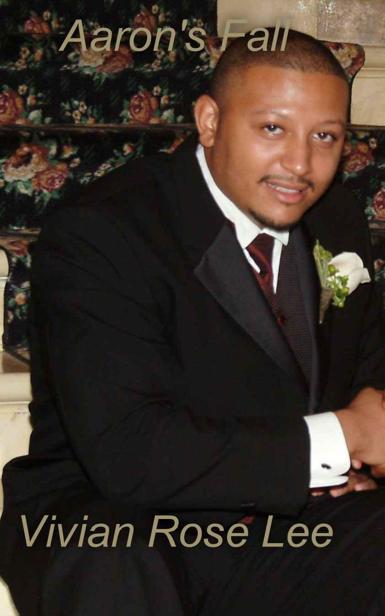 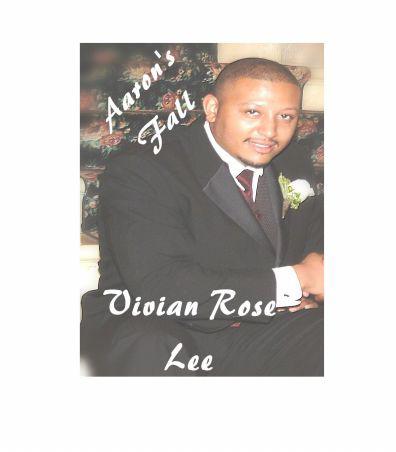 All rights reserved.  No part of this book may be reproduced or transmitted in any form or by any means, electronic or mechanical, including photo copying, record, or any information storage and retrieval systems, without prior written permission of the Author.  Your support of Author’s rights is appreciated.

This is a work of fiction. References may be made to locations and historical events; however names, characters, places and incidents or either the product of the author’s imagination or are used fictitiously and any resemblance to actual person, living or dead. Business establishments, events, or locales are entirely coincidental. All trademarks, service marks, registered trademarks and registered service marks are property of their respective owner.

She stood centered on a rounded platform. Breathtaking barely describes the vision floating centered above the dimly lit stage. Unable to take his eyes off her, mesmerized Aaron Harrison watched astonished by her beauty and sound. She was of medium height, her oval face and creamy light brown skin was flawless; her full mouth open wide as the beautiful lyrics poured from her soul. His eyes trailed to the graceful curves of her neck, down to full breast peeking modestly above the strapless sequined iridescent white form-fitting gown, down to the tiny waist and rounded hips of her perfect physique. The song she sang captivating every person in attendance with her glorious voice expressing the tranquility of the lyrical song while Tianna Holland and her dancers sashayed and spun, executing difficult yet beautiful intricate movements. Each performer appearing to be lifted and carried on the notes of her melodious sound, reverberating, throughout the large theater, from wall to wall, and ceiling to floor embracing the hearts and souls of her audience.

Who’s the singer?” Aaron whispered to Martin, not taking his eyes off the stage. Martin cut his eyes at Aaron, and simply shook his head.

Too soon, the song ended, fog swirling around the beautiful singer, as the platform dramatically lowered through the floor of the stage. Instantly the audience was on their feet applauding with exuberance grateful for the superb performance. Martin glanced at Aaron as they came to their feet.

“Let me warn you now Bro, Tianna is not going to allow you to get near another one of her employees. Did you forget that dancer last year?” Martin reminded him.

“Forget the singer Aaron,” Martin laughed, “This is one you will not get I can guarantee.”

“I still want to meet her, what’s the harm,” Aaron muttered hopefully. Chuckling Martin shook his head, “Come on.”

Tianna was sitting at the dressing table when Martin and Aaron enter her dressing room. Tiana Kinson, artistic director/choreographer/dancer of the Vena Thorn Dance Troupe, married to the handsome Martin Holland.

“Hi Aaron,” Tianna said smiling. “Did you enjoy the show?”

“Hey Tia,” Aaron smiled that smile that would have most women in a swoon. “Tee, you know your shows are always great, I see you had something new.”

“Aaron wants to meet your singer,” Martin reported to his wife, smiling, smugly at Aaron.

“Nope,” Tianna said adamantly, as she pulled the comb through her hair.

“Please Aaron don’t make me regret forgiving you for causing Terri’s departure from the company,” Tia turned glaring at him. Aaron raised his hands defensively nodding.

Tianna shook her head, glaring at him. “That’s what you said about Terri,” Tia shouted.

“Look Aaron she is not like the airheads you consort with, she’s shy; a loner. Tianna said glaring at him,

“She doesn’t sing as if she were shy.” Aaron responded to Tianna.

“Tia come on, I won’t try anything, I swear, just an introduction,” Aaron continued to plead. A knock sounded at the door.

“No Aaron!” Tianna said rising to answer the door. Martin was leaning against the dressing table with his arms folded across his broad chest with an 'I told you so' grin on his face. “I told him baby, you wouldn’t let him get near the girl. Tianna opened the door and rolled her eyes upward; the one person she was trying to protect.

“I just wanted to let you know I’m leaving, and to thank you,” Asia said softly.

“Asia Brooks this is Aaron Harrison, a friend of my husband’s.”

Tianna pulled Aaron to meet Asia; holding on to his wrist applying pressure, Aaron frowned pulling his arm from her.

“Hello,” Asia said softly her eyes lowered looking anywhere by at him.

Green eyes, she has green eyes, Aaron said softly to himself, my God she lovely, he thought.

“Okay,” she said and turned to open the door.

Aaron eyes traveled over her body; hoping to get another look at the sensually seductive woman he witness on stage. To his surprise, that woman was gone but still just as lovely. This woman before him had on a large shirt with jeans, a long thick black braid hung to the middle of her back. The door open and she was gone.

Aaron turned his gaze at Tianna. “Tell me about Asia?” he inquired curiously.

“Nope,” Tianna said, turning her back to gathering her things.

“No Aaron!” Tianna said firmly, turning busing herself gathering her things from the vanity.

“Come on Tee, just a little of her background, what could it hurt,” Aaron implored annoyingly.

“What difference does it make Aaron you are to stay away from her, I mean it.” Tianna warned.

Martin listened as his wife and best friend went back and forth. . Aaron was his best friend, and renowned womanizer and he did not apologize for his love of the female race. He boasted as long as there are single women, he would be forever a bachelor. After he married Tianna, the women assumed Aaron would now be in the market for a wife and seem to come out of the woodworks. Of course, Aaron was delighted with his newfound popularity and becoming one of the top ten most sought after bachelor in Atlanta. He shook his head; Aaron wasn’t going to stop until he got what he wanted from Tia. He didn’t worry about Aaron become a nuisances; his wife could handle herself and Aaron knew her well enough to know when he has gone too far.

“You are working my last nerve Aaron,” Tia declared menacingly.

“Come on Tee,” Aaron continued to beg. Tianna exhaled, he was really wearing her down.

“She from Atlanta, no family, she lives alone; she works as a maid at the Peachtree Ritz, that how I met her, she was singing, let’s see…oh she 26 years old, single and not interested in you,” Tia said pointing at him. “Now leave me alone!”

“Aaron don’t even think about it, I think she been through a lot of things in her life, she doesn’t talk much and I didn’t pry.”

Aaron tried to look wounded. “Do you really think I’m that heartless Tia?”

“No Aaron, you love women, and lots of them, I can’t see Asia as one of them, she a nice person, and I will not allow you to ruin her as you’ve done to so many others, so leave it alone Aaron, please.”

An unexpected knock sounded on the door, Tianna pulled open the door. Asia stood tears streaming down her flushed face, visible trembling and frightened. Tianna pulled her inside the room.

“It’s dark, I can’t do it,” Asia said unsteadily, holding on to Tianna hand tightly, on the verge of hysteria.

“Come, sit down Asia.” Tianna said soothingly, leading her into the room. Asia sat, Tianna stooped down in front of her, handing her a tissue.

Asia wiped her eyes. “I should have told you, I never go out at night, just this one time I thought I could do it, but I can’t…I can’t do it,” Asia cried covering her face.

Aaron and Martin watched sincerely concerned. Aaron’s eyes gazing intently at Asia. It broke his heart to see tears running down her beautiful face. She truly was afraid; he could see the way her hands trembled as she wiped her eyes. Aaron glanced over at Martin; his attention was on his wife and the very distraught woman.

He was confused. What was the emotion he was feeling because of her tears? He has seen women cry before, mostly over him and he was always impassive, but this woman’s tears caused his chest tighten and gave him the urge to do something crazy like take her in his arms to reassure and comfort her.

Martin looked over at Aaron, watching his reaction to Asia, as Tia consoled her. A lopsided smile curled Martin lips. If he didn’t know, better he’s think Aaron affected by Asia’s distress. Aaron simply stared at her, his face expressing his sorrow.

“Come on you two,” Tianna ordered to Martin and Aaron.

At that moment Asia’s head rose, her eyes met Aaron’s. He stared almost mesmerized. Aaron was lost. Martin glanced over at Aaron when he heard Aaron breath hitch in his throat; Martin was just waiting for Aaron to clutch his chest. Martin smiled. He knew Aaron had just experienced the same thing he felt when he met Tianna for the first time. Martin leaned to Aaron smiling.

“If you’re not careful, you’re going to get caught,” Martin whispered to his friend.

“What?” Aaron said confusion on his face. Martin just laughed.

Asia could not look away. Her mouth parted, her stomach tightened, and she could barely breathe. She has never seen such a handsome man. He had strong, angular face; skin the color of maple, dark brown eyes with the longest lashes she’d ever seen on a man; full sensually shaped lips, an aristocratic nose, with a slight flare to nostrils. Their eyes met and held her eyes. The intense emotion that began to appear in them scared her. She tried to drag her gaze away from his but for some reason she was spellbound.

Tied to a Boss by J.L Rose
Embrace of the Damned by Bast, Anya
Unseen by Mari Jungstedt
Return to the Little Coffee Shop of Kabul by Deborah Rodriguez
Someone To Steal by Cara Nelson
Burn Down the Night by M. O'Keefe
Tearing The Shroud by Bray, JM
Stop Running from Love: Three Steps to Overcoming Emotional Distancing and Fear of Intimacy by Miller, Dusty
Ted & Me by Dan Gutman
Icefalcon's Quest (Darwath) by Hambly, Barbara
Our partner