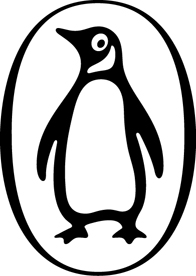 Part One The Investigation

Avirook Sen is a journalist. This is his second book.

Dr Rajesh Talwar, Dr Nupur Talwar: Successful dentists who lived in Noida. In their late forties. Both convicted for the 2008 murder of their only daughter Aarushi and their manservant Hemraj.

Drs Praful and Anita Durrani: Close family friends, also live in Noida. They would go on holidays together with the Talwars. They employed Rajkumar, one of the suspects.

Preeti Singh: Ghaziabad magistrate who rejected the CBI’s closure report and sent the case to trial.

Tanveer Ahmed Mir: Delhi criminal lawyer. Came into the case a few months after the trial had begun. Remains the Talwars’ lawyer in the appeal stage.

Rebecca John: Senior advocate. Advised the Talwars from 2011. Appeared for the Talwars in the Allahabad High Court.

Harish Salve, U. Lalit, K.V. Vishwanathan: Appeared for the Talwars in the Supreme Court at various stages.

Sidharth Luthra: Additional Solicitor General. Appeared for the CBI in the Supreme Court.

Krishna: Rajesh Talwar’s assistant at his dental clinic. Originally from Nepal. Lived with a relative in L-14 Jalvayu Vihar, a few houses away from the Talwars. Knew Hemraj well.

Rajkumar: Worked in the Durranis’ home. Knew the Talwars very well because of the closeness between the families.

Vijay Mandal: Worked for Puneesh Tandon, the Talwars’ neighbour. Lived in the garage below the Talwars’ flat.

Ashwani Kumar: Took over from Shanker. Handed over to A.P. Singh in late 2010.

Dr M.S. Dahiya: Deputy director, Forensic Science Laboratory, Gandhinagar. Reconstructed the crime; introduced the idea of ‘dressing up’ of the crime scene; believed the Talwars committed an honour killing and that Aarushi was engaged in intercourse when she was murdered.

Dr S.L. Vaya: Dahiya’s former colleague. The behavioural scientist oversaw the scientific tests done on the Talwars and one of the servants. Believed that the Talwars were innocent.

Dr Naresh Raj: Hemraj’s post-mortem doctor. Claimed a surgical instrument may have been the murder weapon two years after his post-mortem report.

Bharti Mandal: The Talwars’ temporary servant. It was her testimony that helped establish that the Talwars weren’t locked in their flat from the outside but instead had locked the flat from the inside—and were therefore the killers.

Umesh Sharma: The Talwars’ driver. Listed as a prosecution witness who was supposed to identify the golf club that allegedly delivered the fatal blows. He turned hostile, testifying for the Talwars, alleging he was beaten in the CBI office. Remains in the Talwars’ employ.

K.K. Gautam: Retired deputy superintendent in Noida police. Was responsible for the discovery of Hemraj’s body. His CBI testimony in 2008 claimed that Hemraj had visitors in his room. In 2010 his new testimony to the CBI denied the earlier statement. He established the honour killing motive in the trial court when he testified that the Talwars had asked him to manipulate the post-mortem report so that it didn’t record rape. Post-retirement, he entered the field of education. He runs Invertis University in Bareilly.