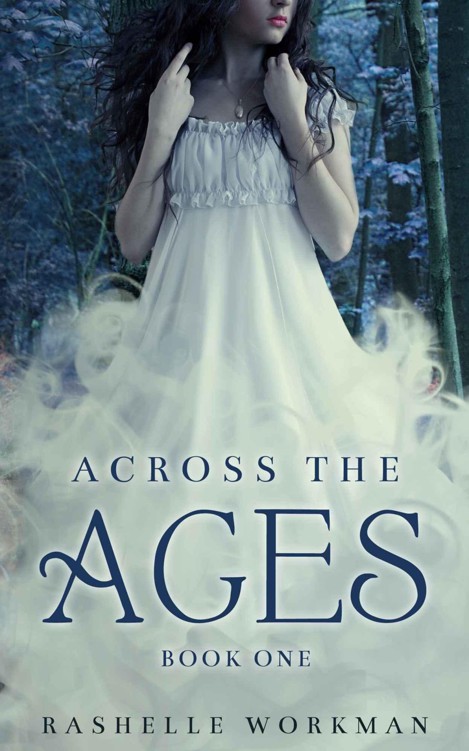 Book One Across the Ages

Love Bleeds, Eye of Abernathy, Resolved to Rule, Vampire Ever After

Includes the twelve volumes in the first season

Blood and Snow: The Omnibus Collection

Includes all 12 volumes in the first season of Blood and Snow as well as the short stories: Cindy Witch, The Hunter's Tale, Gabriel, After the Kiss

A Beauty So Beastly

A Beauty So Deadly (the Beastly series #2)

Includes Cindy Witch, The Hunter's Tale, Gabriel, After the Kiss

The Hunter's Tale
(Blood and Snow)

This book in its entirety is licensed for your personal enjoyment only. This book may not be re-sold or given away to other people. If you would like to share this book with another person, please purchase an additional copy for each recipient. Thank you for respecting the hard word of this author.

All rights reserved. Except for use in any review, the reproduction or utilization of this work in whole or in part in any form by any electronic, mechanical or other means, now known or hereafter invented, including xerography, photocopying and recording, or in any information storage or retrieval system, is forbidden without the written consent of the author, RaShelle Workman, P.O. Box 1408, Bountiful, UT. 84011.

This is a work of fiction. Names, characters, places and incidents are either the creation of the author’s imagination or are used fictitiously, and any resemblance to actual persons, living or dead, business establishments, events or locales is entirely coincidental.

Find RaShelle Workman on the web!

A
cross the Ages is a deviation from what I normally write. There aren’t any vampires, werewolves, or witches in this story. There is plenty of adventure, along with romance, ghosts, time travel, and mythology based loosely on old Egyptian gods. I hope you’ll fall in love with the story as much as I have.

T
his story is dedicated to everyone who understands that love isn’t an emotion to be taken lightly. If it’s a forever love, it will cross nations and span time.

I
have to thank my husband and children for letting me bounce off ideas and helping me create the story of Hathor and Apep.

“Time is life’s heartbeat, each second ticking us toward our end. There’s no stopping it. All we can do is hope to live each moment better than the one before.” ~ Lady Agatha

Before the world began, the gods were born. Apep, branded as the god of darkness and chaos constantly warred with Ra, god of the sun. Apep despised himself and his nature. One night he confessed his inexplicable pain to the beautiful Hathor, known as the goddess of joy and love. She was also Ra’s favorite.

Hathor, saddened by Apep’s pain, had compassion on him. She foraged an amulet using soil from her beloved Earth and infused it with the great love she held in her heart. Then she presented it to Apep and explained that wearing the amulet would keep his chaotic nature in check. Over time, Apep and Hathor fell in love and lived happily together for thousands of years.

During that time Bastet, the daughter of Ra was born. Ra deliberately made her without the ability to love. He wanted a focused child and not one flitting around after the needs of her heart. As she grew, the other gods laughed at her, telling her she was deficient. She knew it was true. It hurt that she couldn’t love. She asked her father to give her love, but he refused.

Over time Bastet became jealous of those who could love. She created mischief. Separating couples became her purpose. In spite of all her efforts she couldn’t divide Apep and Hathor. Their love for each other trumped every kink Bastet threw their way. Once, she even tried disguising herself as Hathor so Apep would take her. But Apep knew her plan and dismissed her from his room, telling her it was a good thing he wore the amulet or she’d be dead.

She’d found his weakness at last. In a rage, she poisoned Apep and Hathor, causing them to fall into a deep sleep. Then she snuck into their bedchamber, stole the amulet from Apep’s neck, ripped it in half and flung the two pieces down to Earth.

When Apep and Hathor woke, Apep’s chaotic nature emerged in full force. He raged. Hathor tried to calm him, but without the amulet his inherent dark and chaotic nature couldn’t be contained. Unable to control himself, Apep killed Hathor.

When she discovered what Apep had done to Hathor Bastet laughed with glee. She’d succeeded once again.

Devastated by what he’d done, Apep went to Ra and pled with the god to allow him to take Hathor’s body so he could bury her within her beloved Earth.

Ra agreed on the condition that Apep promised to become Earth’s night. Apep swore he would. With Ra’s blessing, Apep took his beloved Hathor’s body and buried her. In the dirt above her body a meadow of heart-shaped clover grew. But soon the clover began to wither and Apep knew it was because the sun had shone for too long. So he fulfilled his promise to Ra and became the night.

Ra, grateful for Apep’s sacrifice, allowed the darkness and light to fade into each other by creating the sunrise and the sunset, thus giving Apep the opportunity to see Hathor’s meadow of clover twice each day.

The gesture infuriated Bastet. She demanded that Ra destroy Apep. Using his daughter’s grief against her, Ra commanded Bastet to become the moon and stars of Earth. She agreed on the condition that he would give her the ability to love. He agreed. As punishment for murdering Hathor, Bastet exploded into billions of twinkling lights, creating the stars. The largest piece, Bastet’s dark heart, became the moon.

When the sky was complete, Bastet asked her father to give her love. But Ra refused to answer her and Bastet realized her father’s treachery. Heartbroken, she began to snuff out the stars and turned her heart from Earth.

Ra understood at last the depth of his daughter’s jealousy, but it didn’t change his feelings for murdered Hathor, his favorite.

In an effort to save the planet Hathor had been buried in and still appease his Bastet, Ra made another deal. If she could bring Hathor and Apep’s broken amulet pieces back together, then Ra would destroy the night, return Bastet to her regular form, and give her the ability to love. But there was a catch: the amulet’s power would only work during when the moon was full or new.

She agreed and searched for the amulet pieces a million years. Finally she found one but had no way to retrieve it. She begged her father for help, but he’d grown weary of the situation and refused. Bastet, unwilling to give up, began influencing humans. But there was something Bastet hadn’t counted on. Not everyone could see or touch the amulet, only those humans whose hearts were open to true love. The power within would bind with the human and whisk them to their true love wherever that person might be in place and time.

Because when the two pieces of the amulet are brought together, she’ll no longer be the moon and the stars. She’ll no longer sway the tides or keep the Earth spinning on its axis. In essence, Earth’s destruction is imminent.

Going Down Swinging by Billie Livingston
The Remedy by Suzanne Young
The Cotton-Pickers by B. TRAVEN
Queen’s Knight (Invitation to Eden) by Sara Fawkes
The World is My Mirror by Bates, Richard
Walking Among the Shadows: Awakening: Revised Edition by Navi' Robins
A Paris Affair by Tatiana de Rosnay
Fall Into You by Roni Loren
Play Date by Casey Grant
The Kitten Hunt by Anna Wilson
Our partner