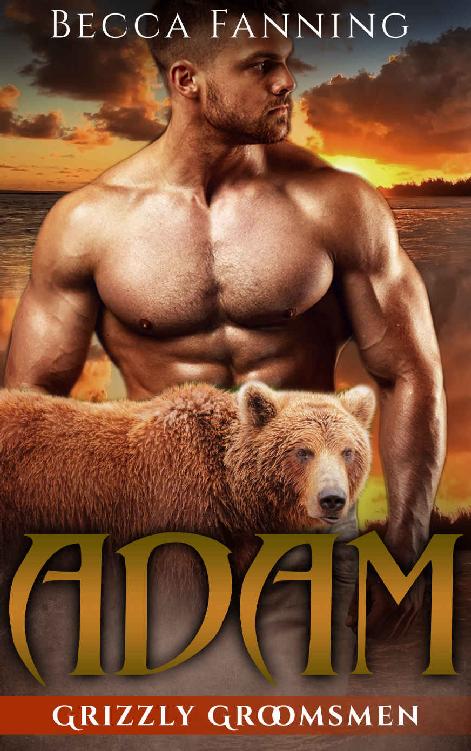 Thank you for supporting my work. I hope it’s as much fun to read as it was to write. This is the special Kindle Unlimited version of Adam. After you’re done reading it, you can continue to read every other story I have on Amazon. I’ve included them all for free for you. Just keep turning pages as long as you like.

Also, if you sign up to my newsletter, I’ll send you three exclusive stories that you can’t get anywhere else!

If she was being honest with herself, Maya wasn't even sure why she was invited in the first place. Glancing around the crowded room, she sighed, and reached for a glass of champagne; she would need it to get through the rest of the night.

At every wedding she'd been to, there'd been at least one guest who no one knew. She just never thought it would be her. As soon as the email had pinged into her inbox, she'd had a bad feeling in the pit of her stomach, but she knew she couldn't turn the opportunity down. After all, Dina and her had basically grown up together, well, if you considered growing up those formative years between the start and end of college, which Maya did. They'd lived together for four whole years, before Dina had moved in with her soon to be husband. And now, Maya was here, with a sunset-hued bridesmaids dress in her closet, tossing back champagne, and staring across at her college roommate and her husband-to-be.

Maya was pretty far from a wallflower most of the time, but right now all she wanted to do was finish out the last of this reception, get to bed, and catch her flight home the next day. Because, of course, Dina couldn't resist taking off to some remote tropical island to hold her wedding. Christ, if Maya had known about that, she probably would have found some way to wriggle out of it, Dina might be all grown up and done with her student loans, but Maya certainly wasn't. Hell, that wasn't the only way Maya was pretty far from being an adult. She was still living in the same rent-controlled apartment in the centre of town she had for almost nine years, she was still single, she was still avoiding calls from her mother. Part of her felt like she should have grown up by now, but, as she kept on reminding herself, she was only twenty-eight. She had plenty of time to figure things out, even if watching the girl she used to do tequila slammers with seven years ago with her fiance was freaking the hell out of her. Maya tried to keep her face nonchalant as she watched Dina show off her ring to some member of the family Maya didn't recognize. All of a sudden, it became far too real, Maya stood up, and headed towards the catering table, trying her best to look nonchalant.

She spotted an open but untouched bottle of champagne sitting on the edge of the clothed table, judging by the size and shape, she could easily stash it under her dress and sneak off to the beach for the rest of the night. Glancing around, she thought for a moment that one of the other bridesmaids had caught her in the act, but realized she was just staring off into space in Maya's direction. Grabbing the bottle, Maya slid it under the flowing bustier of her dress and made her way towards the door. She caught Dina's eye, and offered a wave and a smile as she ducked into the cool, heavy evening air.

No one looked twice as Maya hurried down towards the golden sands, pulling the bottle out from her dress as she went. Staring out across the waves, she felt a soft calmness pass across her. Being surrounded by nature always made her feel calmer. There was something so…analogue about the sounds of the waves lapping up over the sand, of birds calling in the distance. She sat herself down in the rich, slightly damp sand, wriggling her toes under the surface, and took a swig from the bottle of champagne. Maybe this wasn't the classiest way to spend the first night of this wedding weekend, but it certainly suited her.

Suddenly, behind her,she heard the crunch of footsteps. It sounded like they were tracing her path down to the beach, so Maya quickly slipped the bottle of champagne under her skirts and tried to look like someone who hadn't just stolen an expensive bottle of booze from a fancy party.

"Sorry, I didn't mean to disturb you," A male voice, sounding a little out of breath, drifted over her shoulder. "I just needed a minute."

"No problem!" Maya chirped, hoping that whoever it was couldn't read the guilt on her face. She twisted her head so she could see over her shoulder, and realized that she recognized the source of the voice. Before she had a chance to say anything, he cocked his head and grinned.

"You're one of the bridesmaids, right?" He asked, skittering over the sand towards her. "Sorry, I'm not good on anything other than dirt."

"Yeah. And you're a groomsman?" She nodded, shifting up so that he could sit down next to her. If she was being honest,

she had noticed him when she'd arrived. Well, mostly because she had been trying to distract herself with someone to flirt with, and his green-gold eyes had flashed mischievously back at hers when they'd made contact.

"Right. Not sure why, though," He shook his head, pulling out a packet of cigarettes from his pocket and offering one to her. "Smoke?"

"Sure," Maya shrugged. She hadn't smoked since she was in college, but something about the two of them sneaking off from a wedding felt devious and teenage enough to warrant it. She produced the bottle of champagne from under her skirt and held it out towards him. "Drink?"

He spluttered with laughter, reaching over to light Maya's cigarette before getting to his own.

"Did you steal that from the reception?" He demanded, looking at her with mock-seriousness.

"Yeah, you wanna take me in for it?" Maya tilted her chin up and challenged him. God, he was even cuter close up, maybe it was just the suit and tie, or maybe it was that lopsided grin, but this guy was seriously her type.

"I'll hold off if you share with me," he offered, and took the bottle from her. They sat in companionable silence for a minute or so, drinking and smoking and ignoring the distant sound of the reception above them.

"So, why are you here?" Maya asked, not taking the time to consider how blunt her words might sound coming out of nowhere. She shook her head. "Sorry, I meant-"

"Yeah, I know," The man waved his hand, dismissing her apology. "Cousin of the groom. I guess he needed someone to make up the numbers. That's the only reason I can think of for him inviting me. You?"

"College roommate. And pretty much ditto. I don't know anyone here, that's why I snuck off down to the beach." Maya shrugged, gesturing out over the golden sands in front of them. "Oh, I'm Maya, by the way."

The man stuck his hand out in her direction.

"So, Adam, do you think they'll be missing us back at the reception?" She asked, glancing over her shoulder at the hotel.

"Ugh, I hope not," he shook his head. "You know how it is. I love my family and all that crap, but sometimes the thought of being trapped with them on a tropical island in the middle of nowhere isn't all that appealing."

"I feel you," Maya nodded. "At least you've got people to talk to, I don't know anyone but Dina and, you know, she's off doing all that fiancee stuff now."

"Well, you've got me to talk to know," Adam pointed out, offering her a quick grin and the champagne bottle. "Do you think we should head back up to the reception soon?"

Maya rolled her eyes, but she knew he was right. She didn't want Dina's last memory of her to be her being an ungrateful cow and sneaking off on the first day of her wedding weekend.

"Yeah, probably." She nodded, standing up and dusting the sand from her dress. "Promise you'll keep me company?"

"If you keep up with the free champagne," he shot back, offering her an arm. She took it gratefully, and the two of them made their way back up the beach. Maya couldn't help but notice how strong his arm felt under his suit jacket, and wondered if the rest of him felt as good.

As they walked, Adam frowned and seemed to almost sniff the air, as if something untoward had caught his attention.

"What is it?" Maya asked, craning her neck to look around. She couldn't see anything at first, but then she spotted a figure halfway down the beach. That was odd, she could have sworn it was just the two of them when they first arrived.

"I…don't like the look of him," Adam nodded towards the figure. "Do you know who he is?"

Maya squinted into the dark, and the figure took a few paces towards them, and Maya figured out where she'd seen him before.

"Huh, I kind of recognize him," she murmured, wrinkling up her face in distaste. "Can't put my finger on who, though.

"What are the odds someone else would come down here?” Adam wondered aloud, bringing the two of them to a stop and scanning the beach for other people.

"I don't know. Maybe he came for the free champagne?" Maya suggested.

"Wait a second, where the fuck did he go?" Maya exclaimed. She scanned the beach hurriedly, but she couldn't see any figure. Shaking her head, she plopped the champagne bottle on the sand next to her.

"Think I've had plenty of that for one evening," she commented. Adam was still staring back across at where the figure had been standing, his brow furrowed.

"Shall we go?" Maya prompted, and Adam shook his head, like a dog shaking loose of a collar.