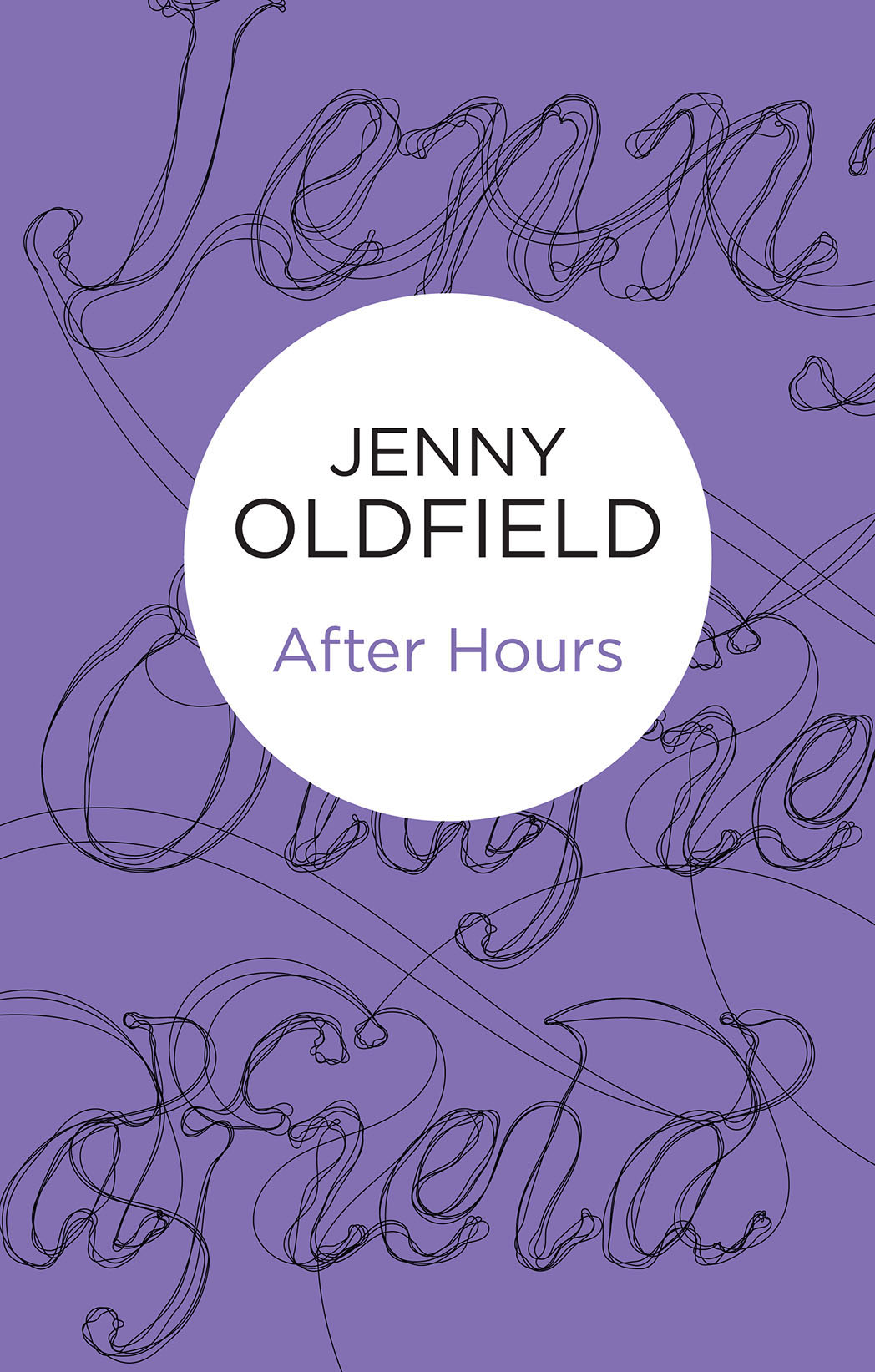 Bello is a digital only imprint of Pan Macmillan, established to breathe new life into previously published, classic books.

Jenny Oldfield is one of the most successful writers of popular fiction series for children. Trademarks of her work are compelling plotting and a sense of adventure and fun. Her latest series is Muddy Paws (Hodder). Ten-year-old cousins and best friends Lexi and Lily are poles apart when it comes to personality. They don't always see eye to eye .Â .Â . but they are united by their love for all animals and the summer holidays sees them conjure up animal mayhem .Â .Â .

Jenny also writes fiction under several pseudonyms including the Dark Angel and Beautiful Dead trilogies as Eden Maguire. Young, Gifted and Dead and Killing You Softly appear under the name Lucy Carver, while in the Stardust Stables series Jenny writes as Sable Hamilton.

Jenny was born and brought up in Harrogate, Yorkshire. Even as a child she wrote stories and made tiny books complete with illustrations. She still lives in Yorkshire and enjoys walking, playing tennis, riding and travelling.

For the Holmes family of Beckwithshaw

Part One
For better, for worse
Chapter One
November 1923

The great Wurlitzer rose into the auditorium as Sadie Parsons settled into her plush velvet seat. Richie Palmer had brought her along to the Picturedrome as a special treat. The organ came into view with a cascade of rich notes which rang out through the vast cinema. Overhead, the projection light flickered, cigarette smoke mingled with dancing motes of dust. Onscreen, the titles came up for the cartoon shorts.

âHurrah, it's Felix!' someone in front stood up and yelled in a raw voice of recognition. An animated drawing of a cheeky cat strutted across the screen, while the organist played his. âKeep on Walking' signature tune. The front row went wild.

âSit down!' another voice called from further back. âAnd take off yer hat!'

The enthusiastic boy in the wide flat cap subsided into his seat, then subtitles appeared with a moving ball of light which bounced from word to word in time with the music. A thousand people sang as Felix the Cat danced the Braziliane.

Wreathed in smiles, Sadie joined in. It was Saturday night in a miserable November. The year of 1923 was grinding to a close amid more food shortages and strikes in London's East End. Victory in the Great War seemed hollow to the maimed men bearing placards who still trudged the streets of Southwark looking in vain for work. But here, in the fabulous new Picturedrome, singing along with Felix, they could forget their woes.

Richie shifted closer to Sadie and slid his arm along the back
of her seat. She shot him a quick, shy glance, but his square, handsome face gave nothing away. He sat silent, chin up, smoking his cigarette, while the Wurlitzer sank into the floor amid a sea of coloured lights.

The audience clapped and stamped, impatiently calling out for the main picture to begin.

The boys in the front row stood on their seats and jeered. The magic square of light from the projection room stayed obstinately blank.

âGive us our money back, or else!'

Seats clattered on their hinges, the boys shook their fists at the screen. Calls of âSit down, for Gawd's sake,' came from further back. âAnd take off your bleeding hats!'

âWhat's the betting them little pests talk all the way through the picture?' Sadie whispered to Richie. She'd made all the running so far this evening, though it had been his suggestion to come and see the new Valentino film. He was hard to weigh up; scowling through his cigarette smoke, but with his strong arm quietly resting along her shoulders. She pursed her lips and concentrated on the screen instead.

More titles appeared at last. A woman sat down at the piano to one side of the screen and played rousing introductory music. Valentino's flashing eyes peered down from beneath an exotic turban. Sadie sat transfixed.

But the antics onscreen which so fascinated her scarcely held Richie's attention. He'd got what he wanted, just sitting here alongside his boss's sister; he'd got her to say yes after months of being put off. Close to her dark hair escaping in wavy strands from under her close-fitting crimson hat, her heavily lashed eyes and foil mouth were all that mattered. Light, reflected from the screen, flickered on her pale, triangular face; real, living and warm, sitting close to him in the darkened cinema.

Tension onscreen mounted. The pianist thumped out her set-piece struggle music. Sadie held her breath. Valentino vanished amid swirls of tent canvas and clouds of sand. The pianist played heartrending music, tears brimmed, Sadie dabbed them away before the houselights came on.

Richie sat forward and ground his cigarette into the floor. He stood up and hitched his jacket square on his shoulders, hardly glancing behind to check that Sadie could keep up as he made his way through the crowd towards the Exit. She fixed her eye on him, hatless, and head and shoulders taller than most. âNuisance!' she said to herself. She wrapped her warm coat around her, tucked her bag under her arm and wove her way up the aisle. Walter wouldn't have treated her this way, she knew. She began to regret accepting Richie's invitation. He couldn't even be bothered to escort her out of the cinema like a gentleman.

All ravishing, romantic thoughts flickered out with the last whirrings from the projector. Real life was a chain of trouble and daily problems; like her brother-in-law, Maurice Leigh, who was the manager of the picture house and who now stood talking to Richie in the foyer.

Sadie pulled up short, looking for an escape. But Maurice spotted her and beckoned her over. âHow's my favourite little sister?' he greeted her. âBeautiful as ever, I see.' Maurice stooped to give Sadie a peck on the cheek. Dark and dapper in his fashionable suit, Maurice was all smiles. He was genuinely fond of Sadie. âYou know Richie Palmer, don't you? He works at the taxi depot forâ'

âLeave off, pal. She's with me.' Richie stepped forward and spoke abruptly. He took Sadie's arm.

Maurice cleared his throat and kept control of his expression. What would Jess say about her kid sister flirting with the mechanic when he went home and told her, he wondered. Though the smile stayed steady, his voice caught him out. âDid you enjoy the picture?' he asked.

Sadie nodded, hot with embarrassment. âSmashing, except for them little hooligans in the front row.'

Maurice's smile tightened. His eyes flicked from Sadie to Richie
and back again. âDon't worry, sis. By this time next year them front-row pests will be back-row Romeos, and you won't get a peep out of them.'

âBut there'll be hundreds more of the little blighters to take their place.' She laughed. She held her head up; she had a right to a night out when she felt like it. Walter Davidson, her official beau, was always busy down at the depot. She stared defiantly at her brother-in-law.

Maurice laughed back. âThey pay to get in, don't they?'

âAnd the rest of us! We don't chuck away hard earned cash to hear their kissing noises in all the best bits, or them yelling “Oo-er!” and sucking their lips at every end and turn.' She and Richie followed Maurice towards the grand exit.

The manager turned, hands in pockets. âYou're getting past it, Sadie.' Still his eyes narrowed when he glanced at her companion, but he held out a cigarette and a light to him.

âCheek.' She pulled her hat over her forehead and tucked back the stray curls, ready for the cold night air. She waited while the two men discussed this and that: a good result for the Palace, a new refinement in car engine design. Though he seemed to have hopped the wag for much of his school life, Richie was car-mad. He knew all there was to know, even about the most up-to-date models. So Walter and Rob had been glad to offer him steady work taking care of their two Morris Oxford taxicabs. They'd seen him strip down an engine, spread pistons, gaskets, casings, nuts and bolts all over the floor, and have it put back together in working order before the day was out. But he was a bad timekeeper. They talked often about having to lay him off. The threat hung over him, ready to enforce the next time he put a foot wrong.

At last Richie nodded goodnight to Maurice and led Sadie out into the street.

âSay hello to Walter from me,' Maurice called after her. He stood, hands in pockets, still watching the two of them like a hawk. âIf you run into him before I do, that is.'

She gave him a curt nod. At twenty-five years old, she reckoned she didn't need to ask Maurice's or anyone else's permission over
whom she chose to go out with. Before the war, maybe, when she was younger and things were different. Frances, her eldest sister, lived at home with them at the Duke in those days, and she'd kept Sadie well in line. But not now. She stepped out confidently, arm-in-arm with Richie Palmer, high heels tapping along the dark pavement, a shapely leg showing beneath the tube skirt of her dark red coat.

Behind the bar at the Duke, Annie Parsons called last orders. She made a show of sweeping the empties off the bar and carrying them down to Ernie at the sink. âDon't none of them take a blind bit of notice,' she grumbled. âLook at them all sitting there without moving a muscle. They got bleeding cloth ears, all of them!'